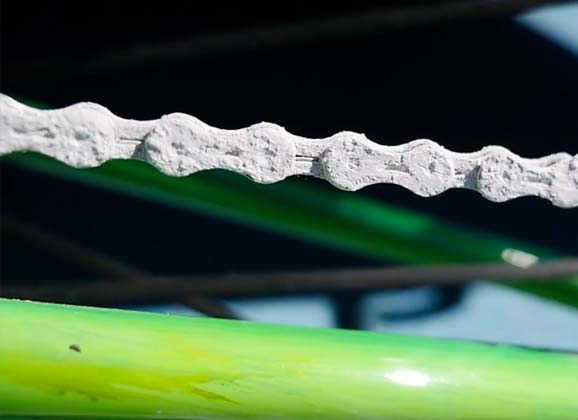 We’ve been examining the bikes at the Tour this year and while much of the product used is essentially the same as what comes on what you can buy at the local bike shop, there are a couple of interesting features. Ceramic Speed’s UFO chain and the large jockey wheels are being used by some teams.

These items are not new, per se, but they are a point of difference to the standard items.

Charly Wegelius offered a brief explanation of the bike used by Pierre Rolland in one of Cycling Maven’s Tour ‘Vlogs’, including the fact that he’ll go through 21 chains during the course of the Tour de France. (See below.)

We later caught up with the team liaison for Ceramic Speed, Dennis Loh, to find out more about these two peculiar looking products that are getting a bit of use in the pro peloton.

“The two products we have, the UFO chain and the oversized pulley wheel system are the ones that you really can see because Ceramic Speed started it and we also do ceramic bearings but all the bearings are hidden,” he said.

“To start with the UFO chain, it’s based on a standard chain that, through different processes, we will optimise friction…

“We believe it halves the resistance of standard chains; if it was 10 watts, you can go down to five watts with this chain.” 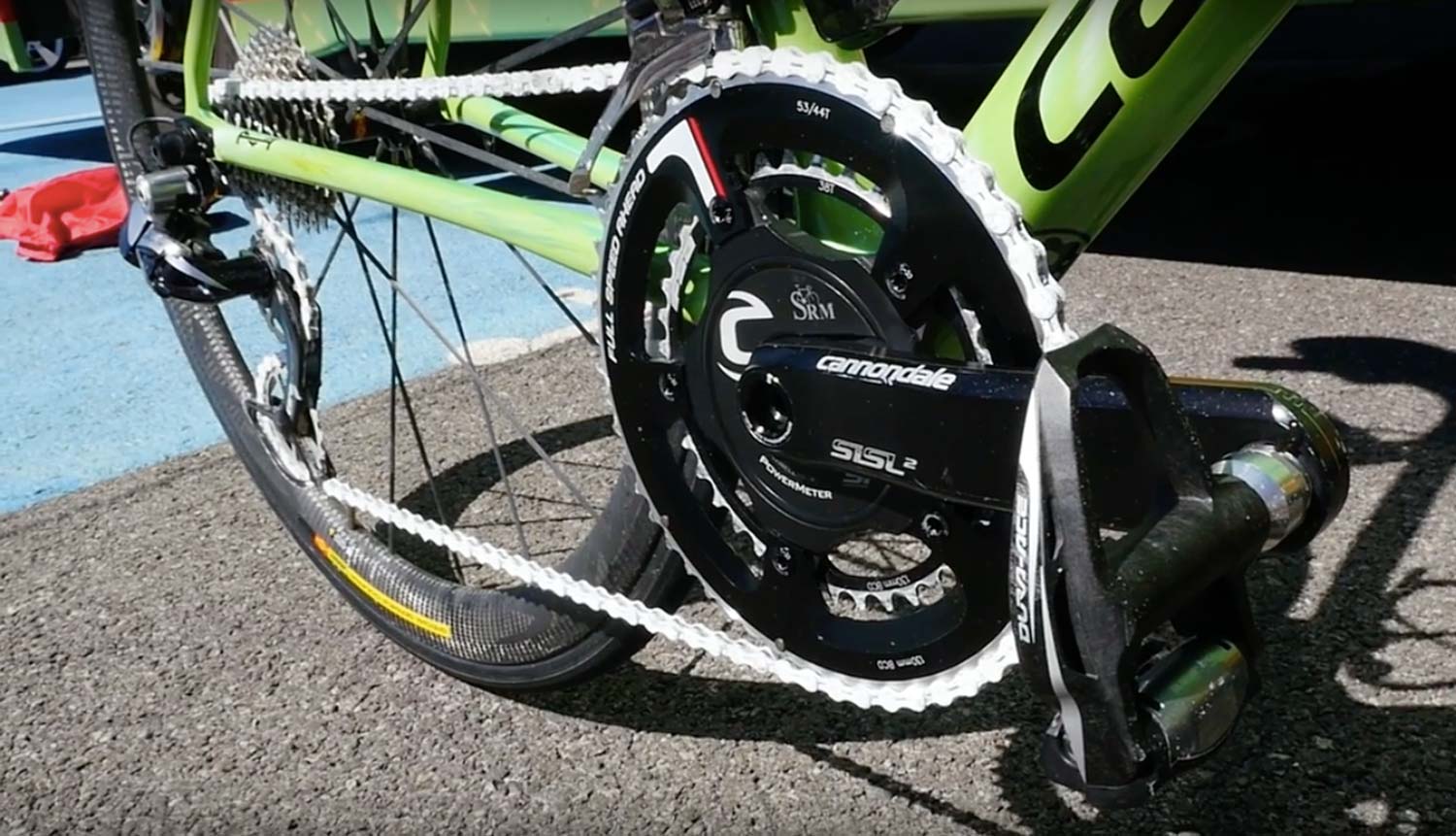 Wegelius explained that Rolland would use 21 chains during the Tour, a new one for every stage. So, does that mean they need to change it every day? “Yes and no,” said Loh. “Actually, the UFO chain is a dedicated race chain.

“The optimisation of the super-low friction that we have on the UFO will last for approximately 320 kilometres. After that, if you put it back into the measuring machine, you will see that the resistance is raised slightly again. It will never get back to the standard – and the standard would never get down to the low friction.

“But if you really want the optimisation all of the time, then you should keep inside the 320km of use.

“What they do at Cannondale-Drapac, changing the chain every day, that’s a luxury that they can but you should not have to do it.”

After that, the chain isn’t worthless but the low friction benefits will have dissipated. The white power begins to fade and it will go back to behaving largely like a standard product.

“ You have the white powder which is really visible,” said Loh, “it’s the Teflon that gives the last half watt of savings. And that’s what makes the UFO chain stand out. So if that one is getting less efficient, there is still optimisation in the chain.

“Together with a company called Squirt, we have an oil that you can add on to the chain so you can extend the super low friction span of the chain.

It’s not cheap but the benefits are worth it, according to some. The UFO chain, Loh said, is about twice the price of a standard Shimano Dura-Ace chain. 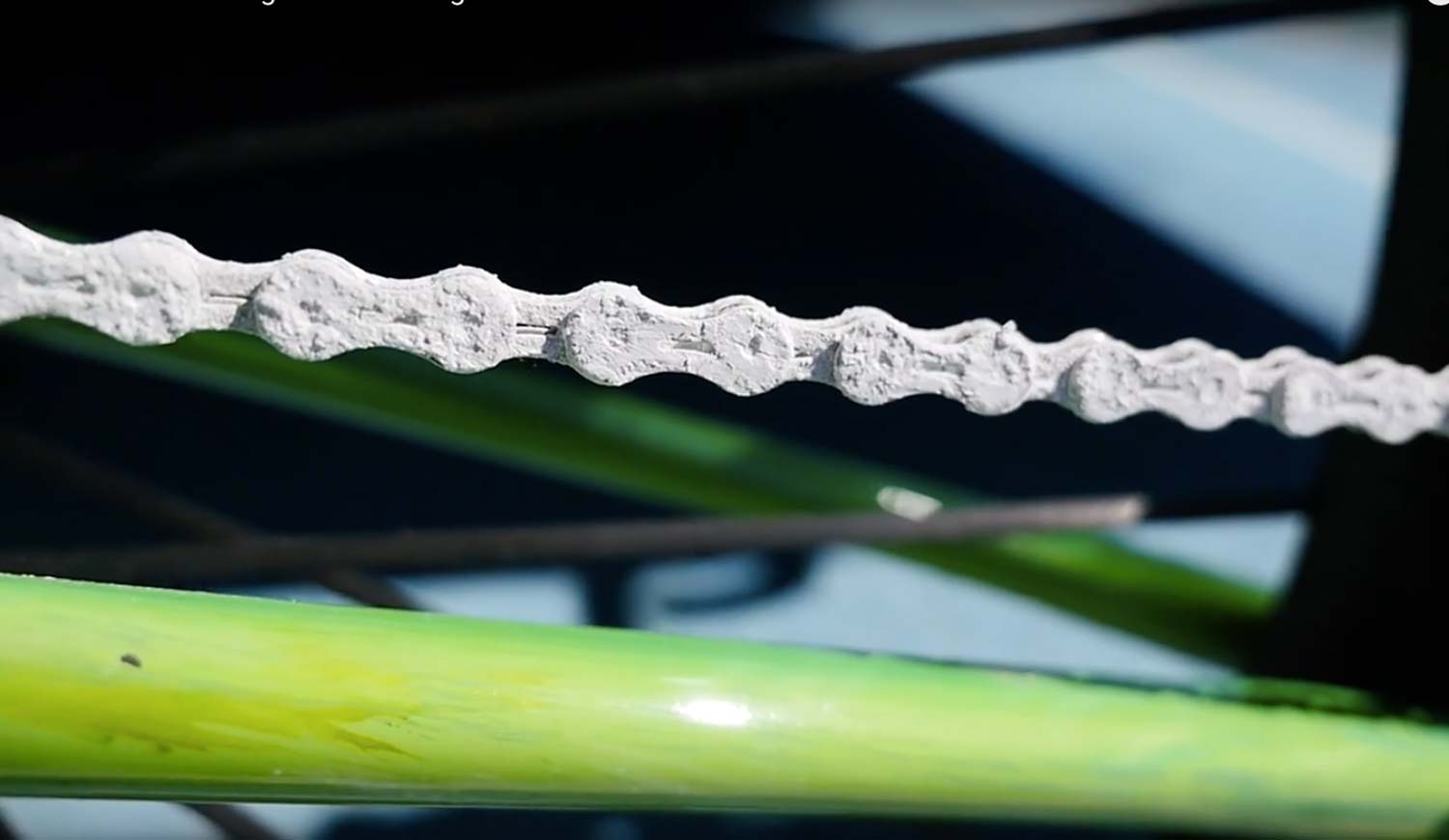 Let’s go to the jockey wheels. First of all: what’s the number of teeth? “Each pulley wheel has 17 teeth, so you go from an 11/11 (standard pulley wheel configuration) to 17/17.

“Even though the chain will stay on the pulley wheel for longer because of the diameter it doesn’t matter… it’s only the turn when it actually bends that you can earn a saving of watts.” 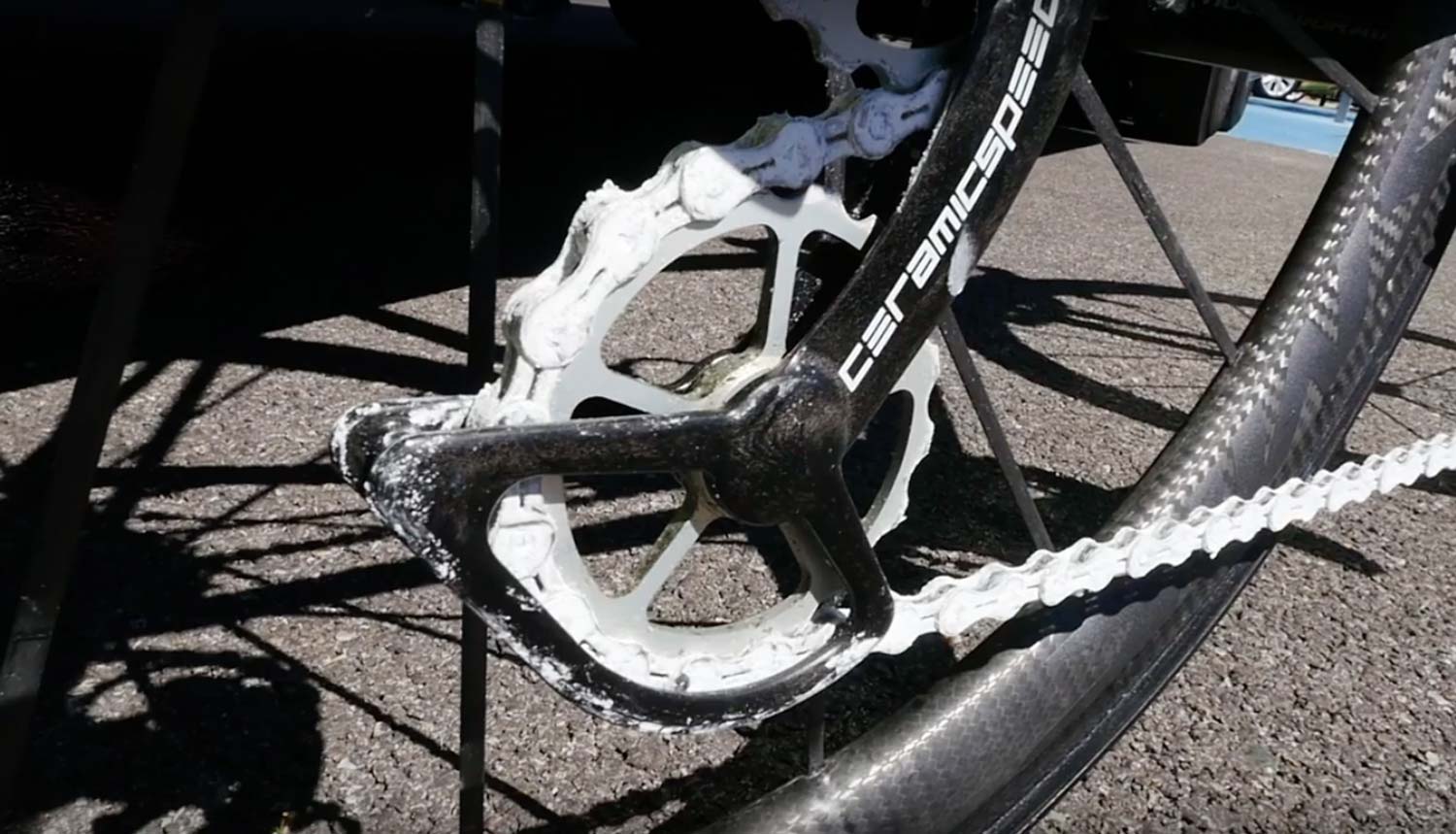 And shifting: does it hinder of benefit the nature of the shift? “It should be the same for shifting because the head of the rear derailleur is still the same it’s only the cage and the pulley wheels that are changed.”

In the final days of a race like the Tour de France the riders will be happy about anything that saves a little bit of energy. And, with 45km to go in stage 19, it seems to be serving Rolland well. He’s off the front and on the attack with Rui Costa.

The Frenchman has won two stages of the Tour before and he’s looking to add another to his collection today.

(Note: One minute after this story was published online, Rolland crashed heavily after his front tyre slipped out from underneath him on a descent during the stage to St-Gervais. He remounted his bike but was no longer in contention for the stage win.)

(You can win a Cannondale SuperSix Evo bike by subscribing to RIDE. It’s part of the Ultimate Cycling Package prize supplied by Monza Imports.) 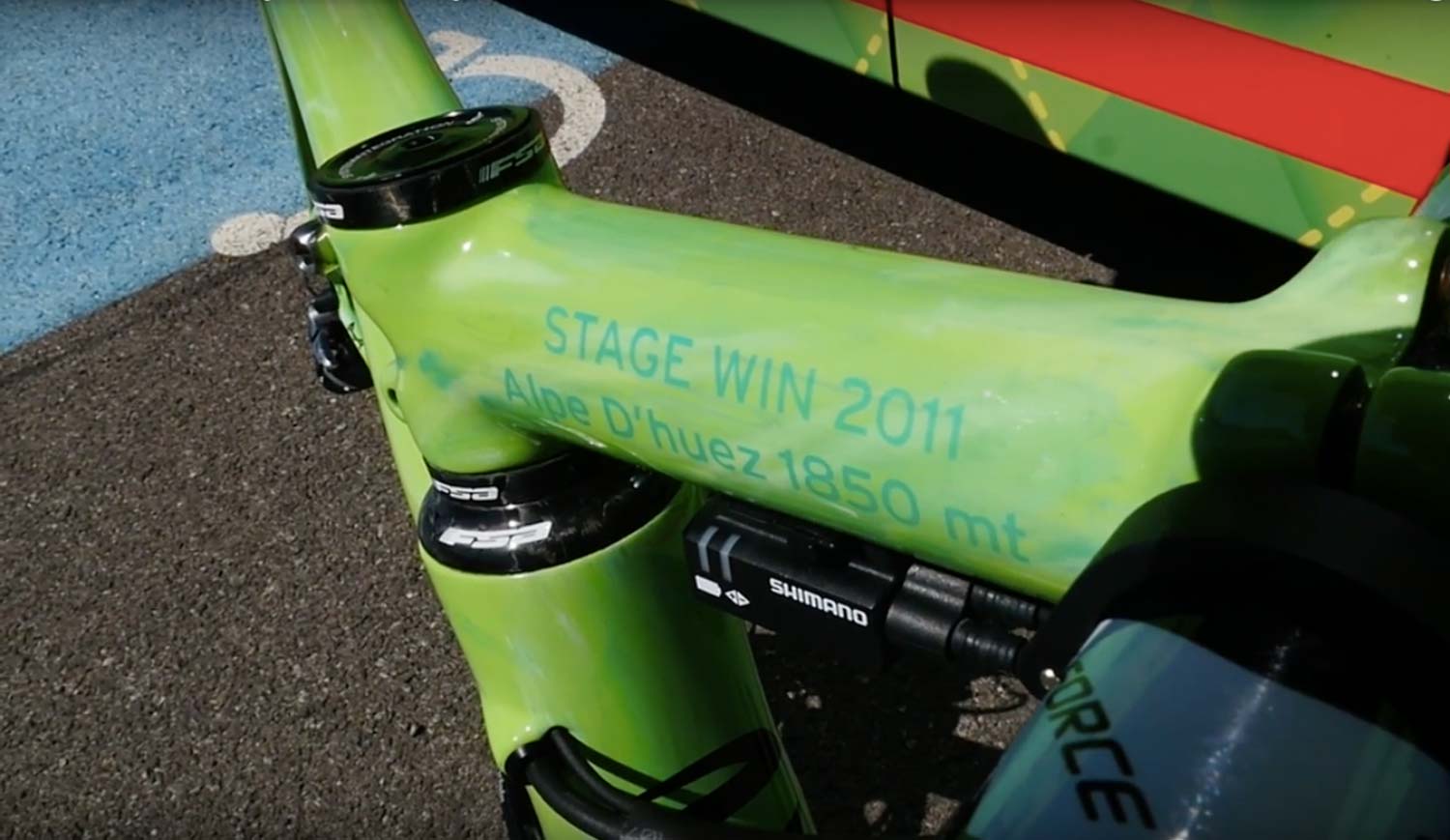