Reflecting on the 2021 Tour de France – the race is over, long live the memories!

Stage 22 is traditionally one of the more difficult days of the Tour de France. Otherwise known as ‘The Monday After’, it’s a time for reflection and adjustments, a moment when we begin refining our routines and settling back into the rhythm of ordinary life… 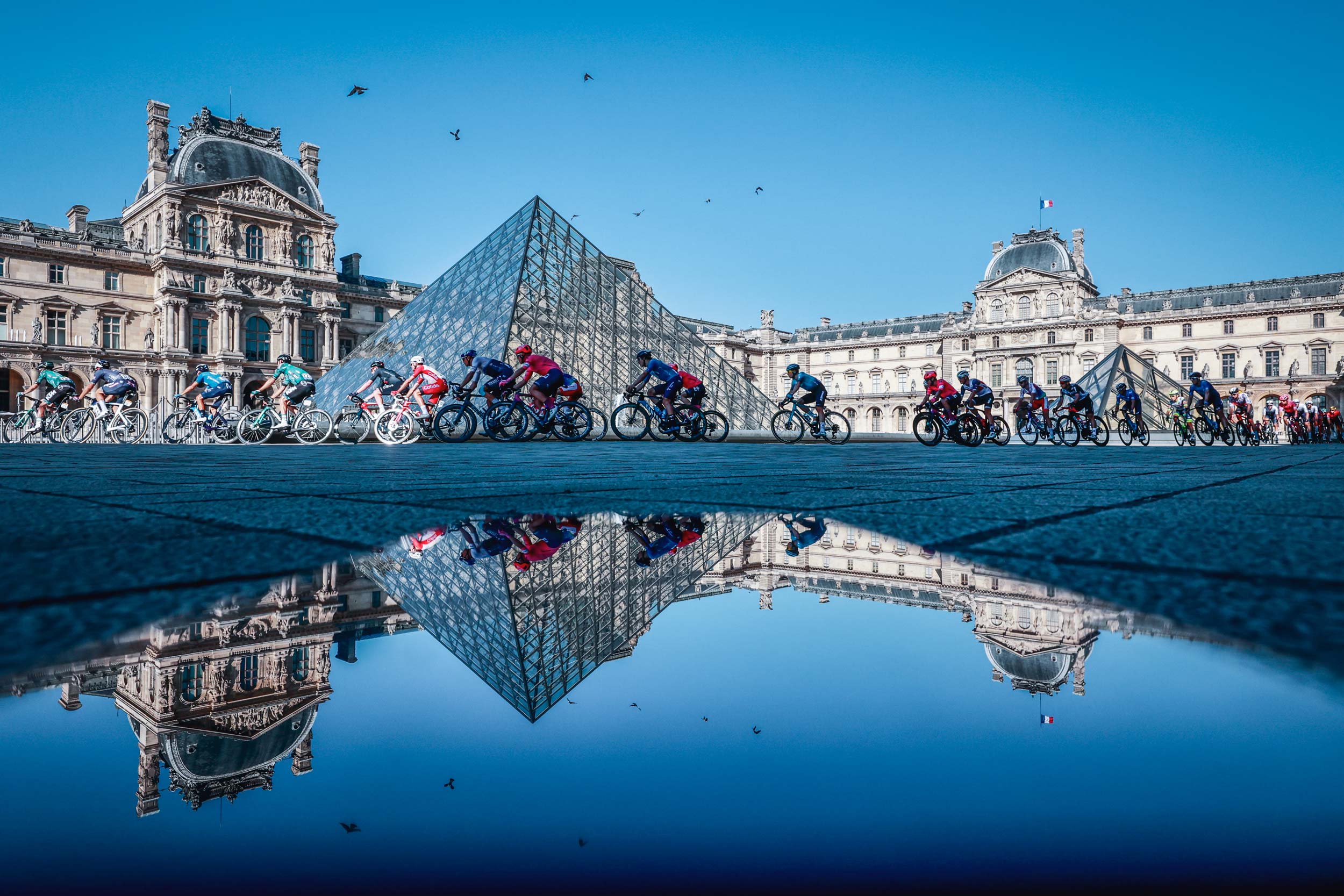 How do you begin your recovery from the Tour de France? If you’ve been watching the race from Australia, surely the most obvious solution is to bury the TV remote and focus on the inside of your eyelids instead of a screen. Now it’s time to rest, to adapt to everyday life, to stop wondering: ‘What does today’s stage look like?’ And, ideally, to start considering the cycling you’re going to do now that you’re inspired by three weeks of fabulous racing.

For many who rolled over the finish line (one that, yesterday, was a little further up the Champs-Elysées than we’ve known it to be for many years), there is little time to rest. Instead, there’s a flight to Japan and some time to contemplate all that happened as they raced around France. On Saturday 24 July 2021 they’ll line up again, only this time in national colours and with a gold medal as their quest. 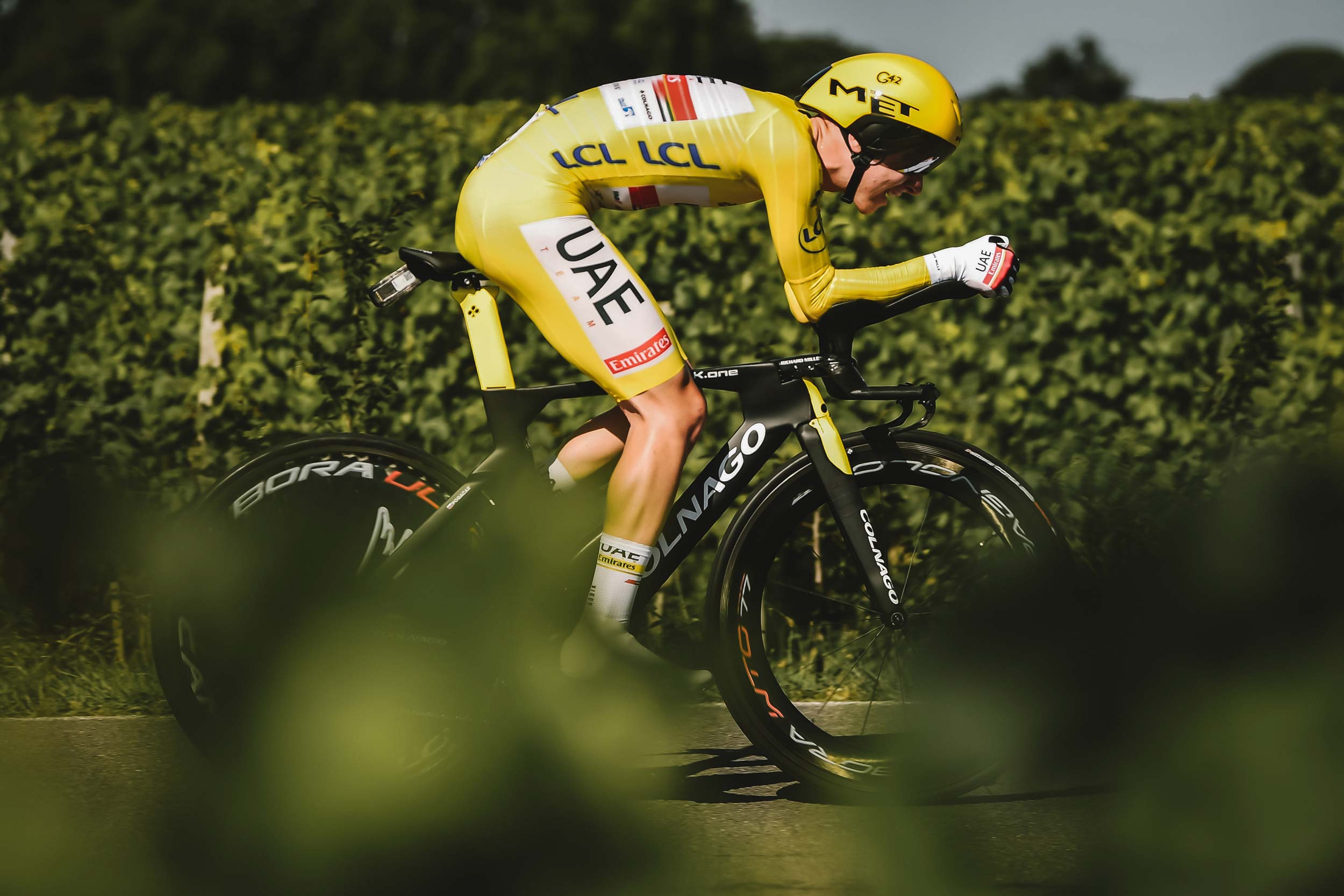 Tadej Pogacar in yellow… a sight we grew familiar with during the Tour de France of 2021. (Photo: Pauline Ballet, ASO)

Another yellow jersey has been won by Tadej Pogacar and there’s a sense that there will be plenty more where that came from. He’s young and, at 22, he seems unbeatable.

For a second successive year he strode up the steps of the Parisian podium time and time and time again: champion of Le Tour (again), the best young rider (again) and the King of the Mountains (again). Three stage wins (again). Get used to such a sight, he could be doing this routine for many years to follow.

The Slovenian was the star of the show (again) although there were many others who contributed to the 108th Tour de France being a race to remember. Pogacar’s efforts eclipsed all others but there were other amazing accomplishments throughout this memorable Big Loop. 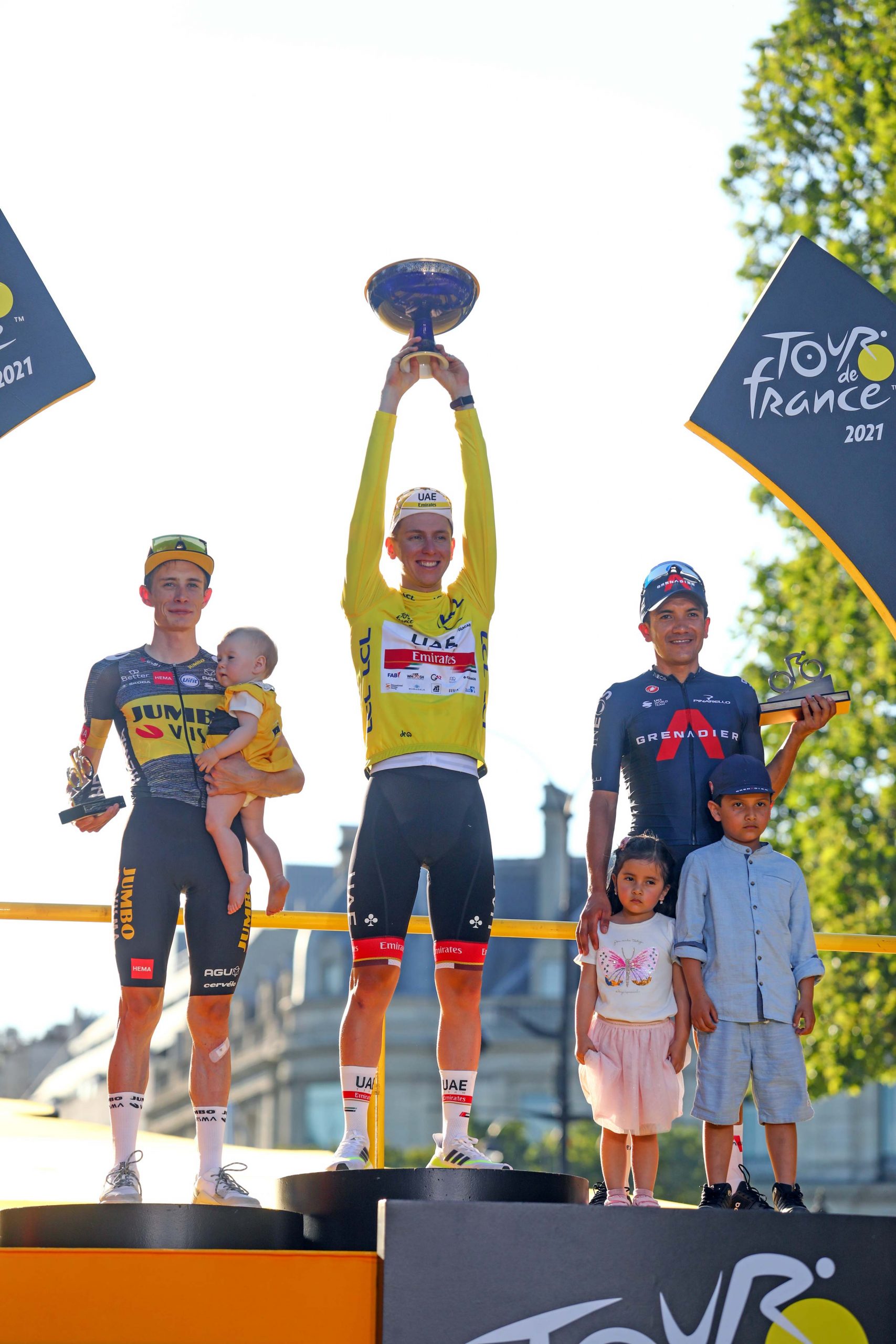 Of course – as happens in modern cycling – Pogacar’s achievement will be lauded by many and questioned by others. In pro sport success is celebrated relatively briefly and then it is considered in context while journalists, fans and peers of the champion all ponder how one rider can be so much better than all others.

During a pandemic there’s no need for any additional negativity in the daily news, and Pogacar is somewhat blessed that there are plenty of distractions at a time when he would normally be subjected to allegations. Of all sports, cycling has been the most prone to questioning the winners and that started happening (again) as the Tour de France went from Grand Départ to Paris.

“They are uncomfortable questions because the history was really bad,” he said during the Tour when the topic of doping was raised, adding: “I totally understand why there are all of these questions.”

So far, so good. Nothing to see here. Only a few allegations and the usual insinuations about how or why the winner was so good. In 2021, that includes references to ‘motorised doping’. “Uncomfortable” but necessary.

Without questions, you end up with a long sequence of asterisks added to the history books retrospectively and plenty of blanks in the ‘honour’ roll. It’s logical to ask, but people also need to be mindful of how they ask. It certainly doesn’t take much for mud that’s slung from afar – even from a random, anonymous social media post – to stick. But there’s a big difference between questioning performance and alleging it’s flawed without any evidence to back up a claim.

For now, although there have been questions, there’s nothing other than a brilliant performance to suggest that Pogacar has done anything wrong. In fact, he’s done a lot right and although he’ll spend stage 22 on a flight from France to Japan, The Monday After will be filled with positive reflections and, ideally, negative results to the many COVID tests he’ll have to endure before the Olympic road race on Saturday. 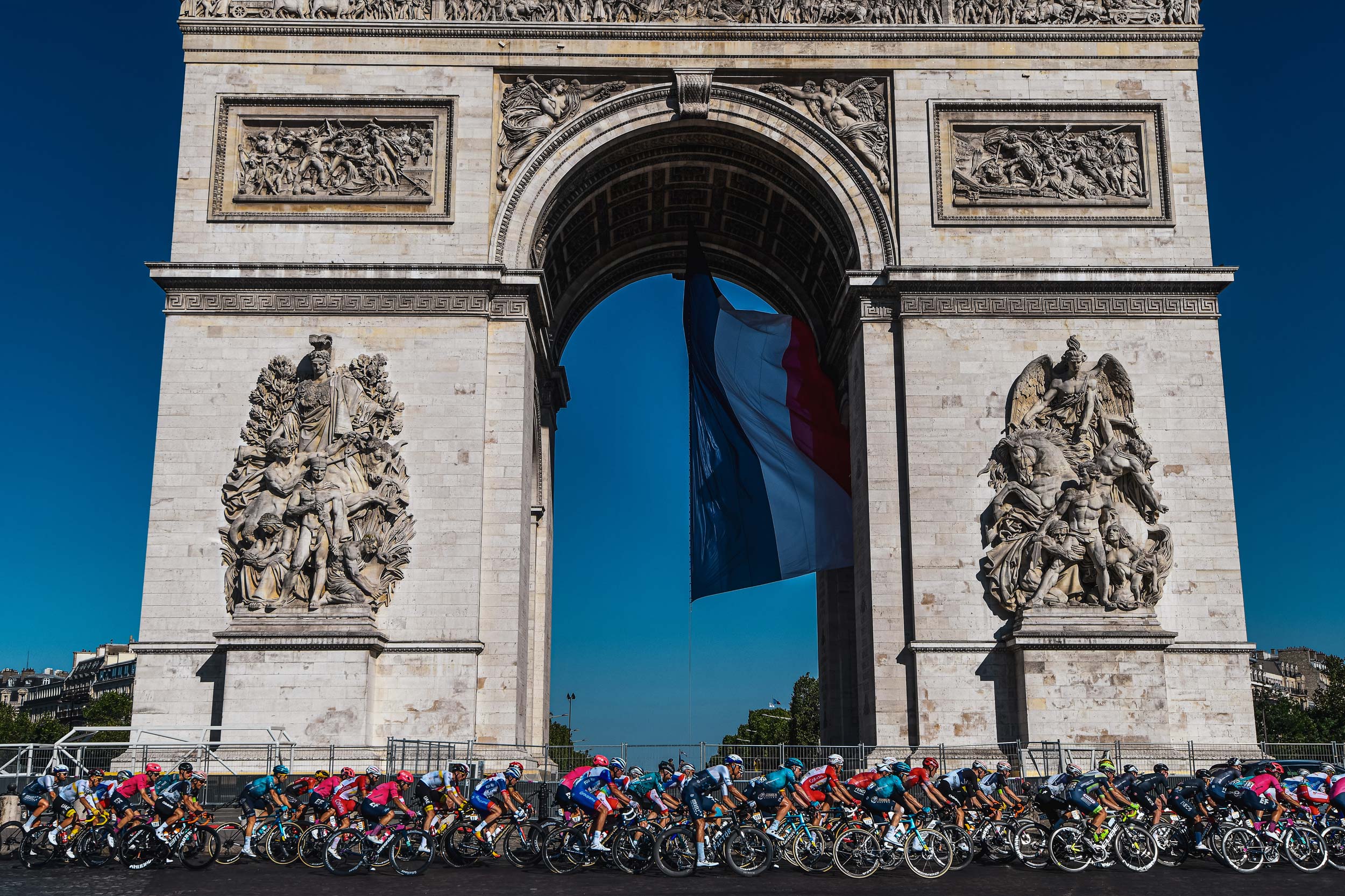 For the rest of the peloton, memories have been created and some of their stories will emerge in the aftermath of what began as a most compelling competition, and settled into a battle to see who was The Best Of The Rest.

Meanwhile, many of the stars of this year’s show are denoted with three letters – ‘DNF’ – but that doesn’t lessen their impact on a race that captivated a global audience for three weeks.

MVDP is one such example. The Dutchman was a stage winner on debut and a leader of the race for the opening stanza. He would eventually surrender the yellow jersey and abandon the Tour, with his focus turning to yet another objective in a career full of highlights, some already achieved and others, surely, yet to come.

And then there were the injured riders who will never know if they could have mounted a challenge to Pogacar and his control of an event that was captivating even if one man was dominating. 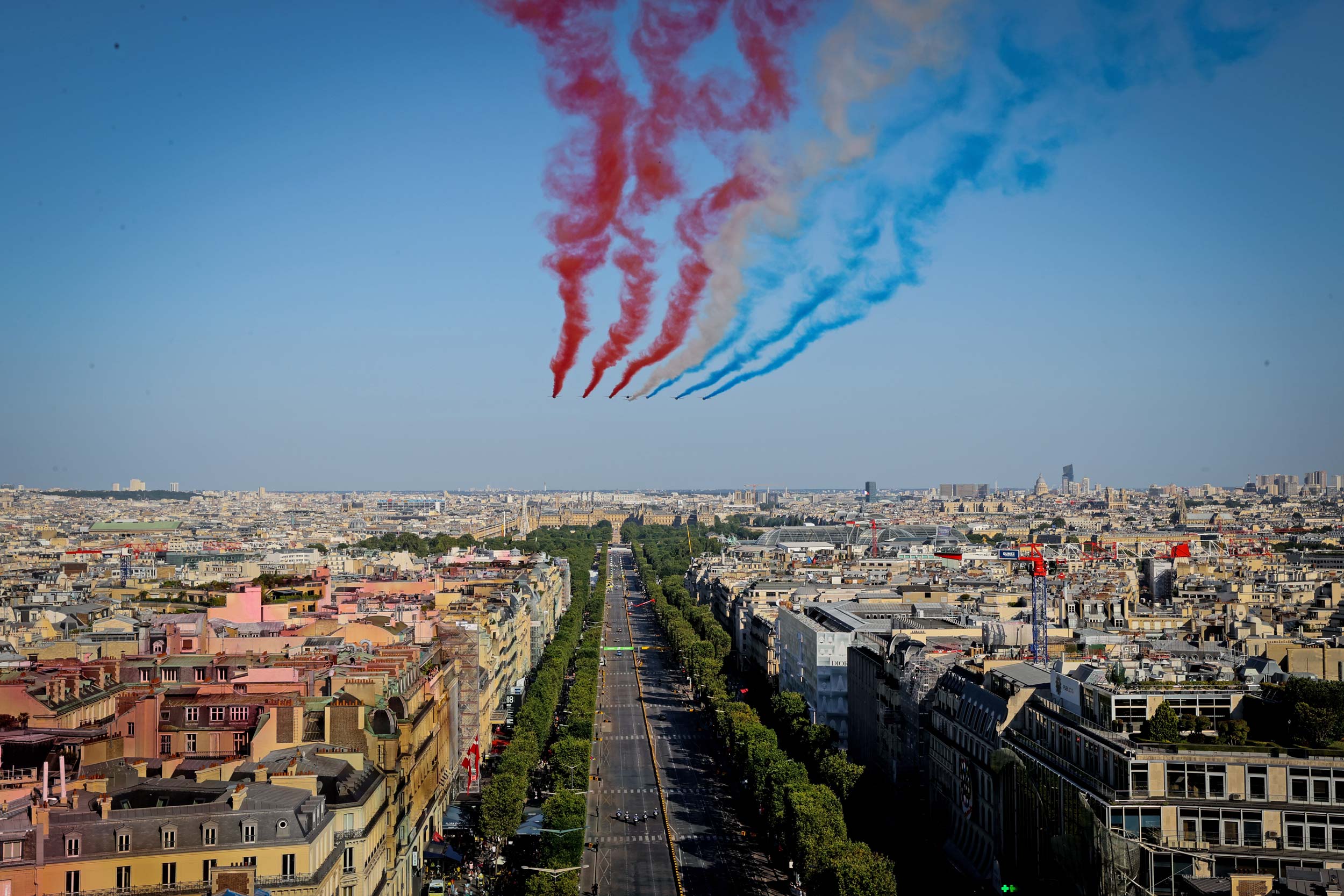 Last year’s runner-up will soon become the Tour champion’s team-mate; Primoz Roglic was out of the TDF after eight stages. He crashed. He got up. He tried to continue… but he eventually succumbed to the injuries and the reality that racing for the yellow jersey while battered and bruised can be demoralising.

Roglic’s retirement didn’t spell the end of the Jumbo-Visma team’s challenge and The Next Best of Le Tour 2021 is another superstar from the new generation, a Dane from the same team as the Slovenian veteran. Jonas Vingegaard was second overall in his first Tour, and it’s clear that he has the qualities to challenge even someone as strong as Pogacar. 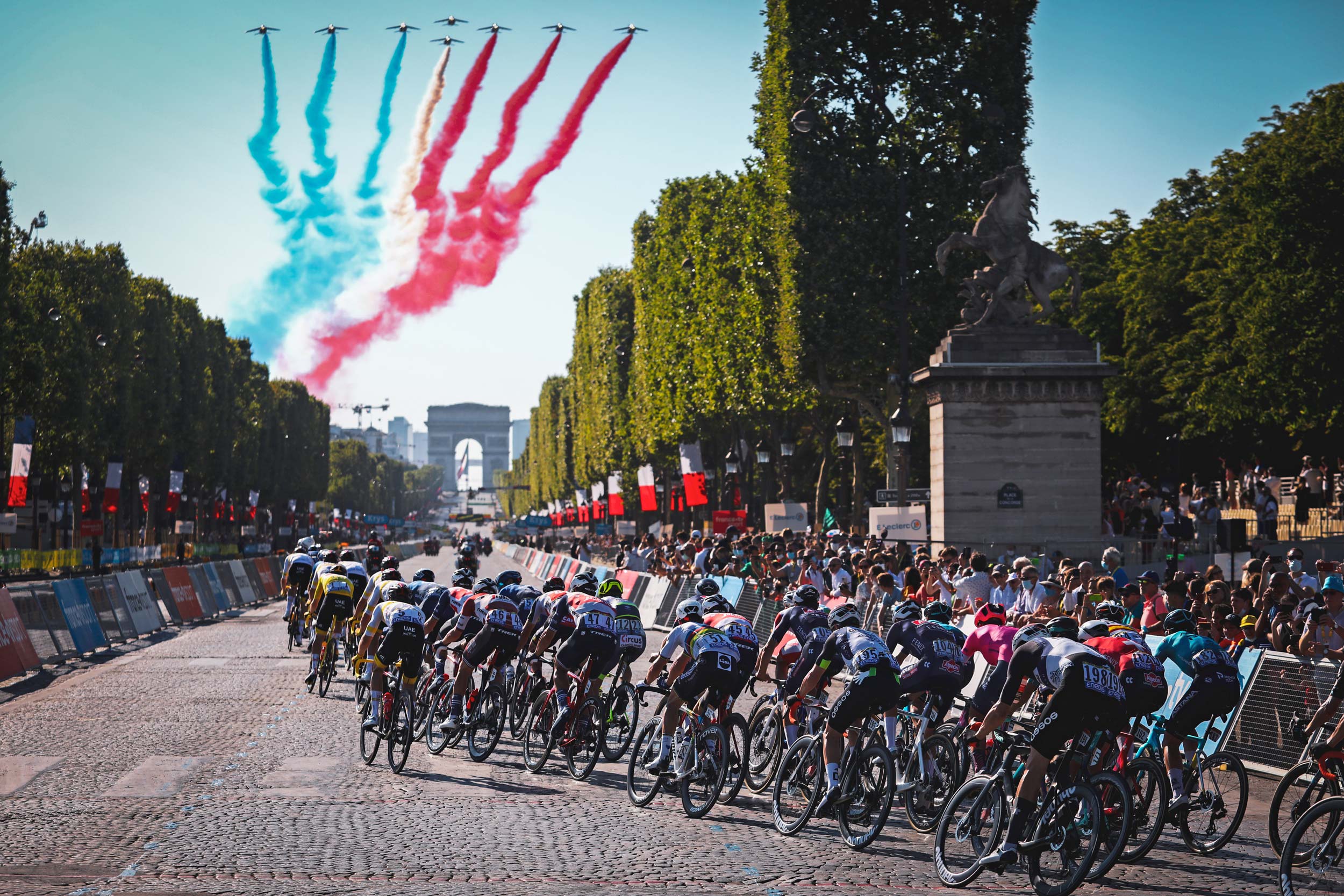 And it wouldn’t be a Tour overview in modern times without mention of the British team that has won the race more often than not. The Ineos Grenadiers scored another podium place in Paris, but third for Richard Carapaz doesn’t hold quite the lustre of previous efforts… again, injuries and circumstance hindered any challenge that could have been mounted.

Carapaz has put Ecuador on the cycling map. The first from his country to win the Giro d’Italia is now the first to have stood on the GC podium of the Tour. Bravo… they’d say, amongst themselves while packing up bikes and preparing to exit Paris, but the Grenadiers know that much more would have been possible were it not for considerable misfortune. 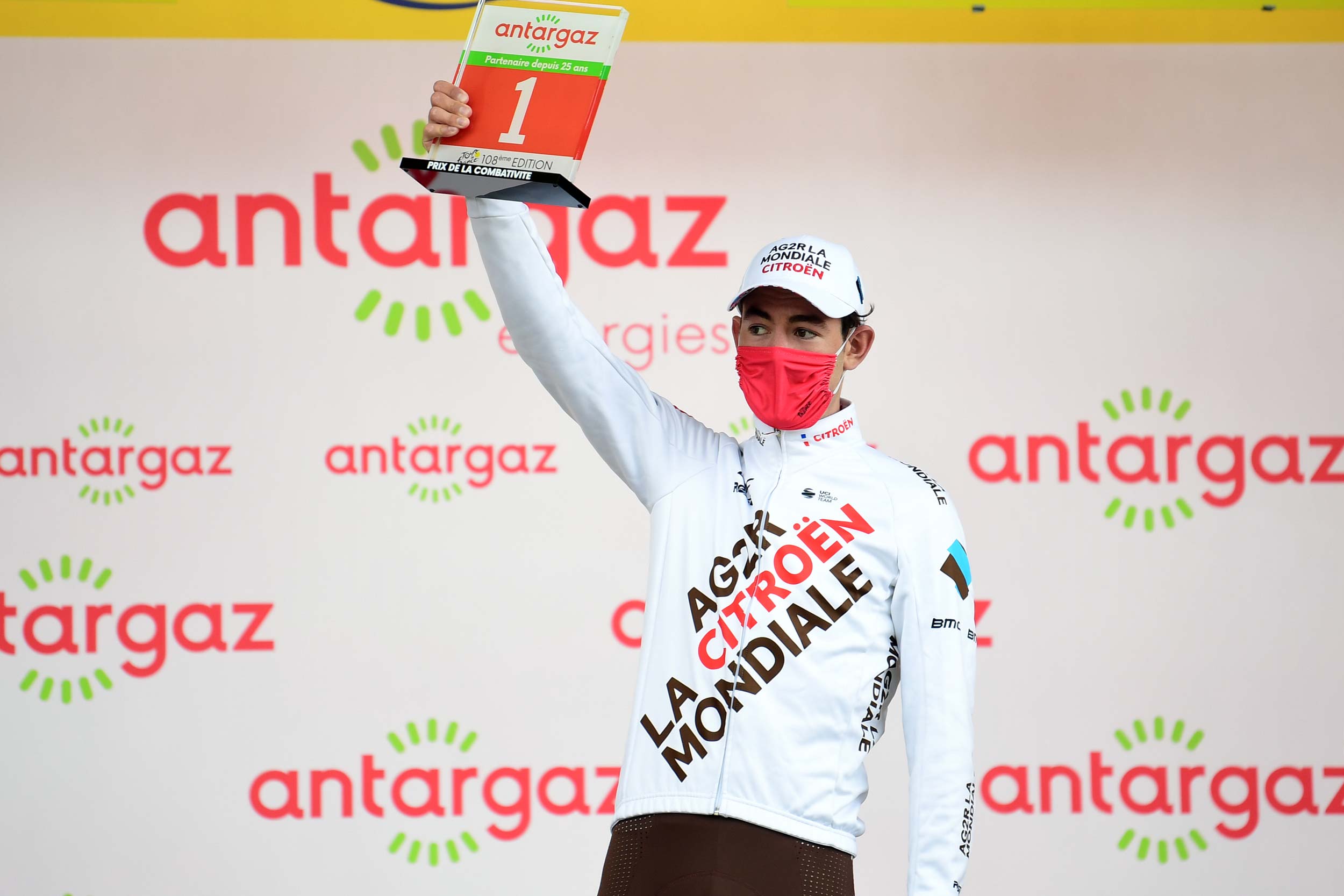 One place shy of the podium is Australia’s latest sporting superstar, Ben O’Connor. He is a rider who deserves all the plaudits that come his way after a stunning debut in the Tour de France. He climbs with apparent ease and although there’d be moments when he faltered, they won’t be remembered as well as the times when he triumphed.

A stage win at the top of a climb in the Alps is one of the memories O’Connor has of his first TDF, and a fourth place on GC reminds us that he wasn’t just a flash-in-the-pan, a lucky rider on a day of rotten conditions.

The 26-year-old from Western Australia was badly injured on day one, but he battled on through the opening week, won at Tignes on the second weekend, and finished the race with the chocolate medal: fourth overall, an accomplishment that shouldn’t be undervalued.

Ben O’Connor, we salute you. Your riding impressed many and so too did your good grace in interviews and in the stages that followed your victory in stage nine.

O’Connor helped give focus to the hordes of Australians staying up to watch the race late at night and in the early hours of winter mornings. He entertained with attacks and left us in no doubt that he is capable of even bigger things in the future. 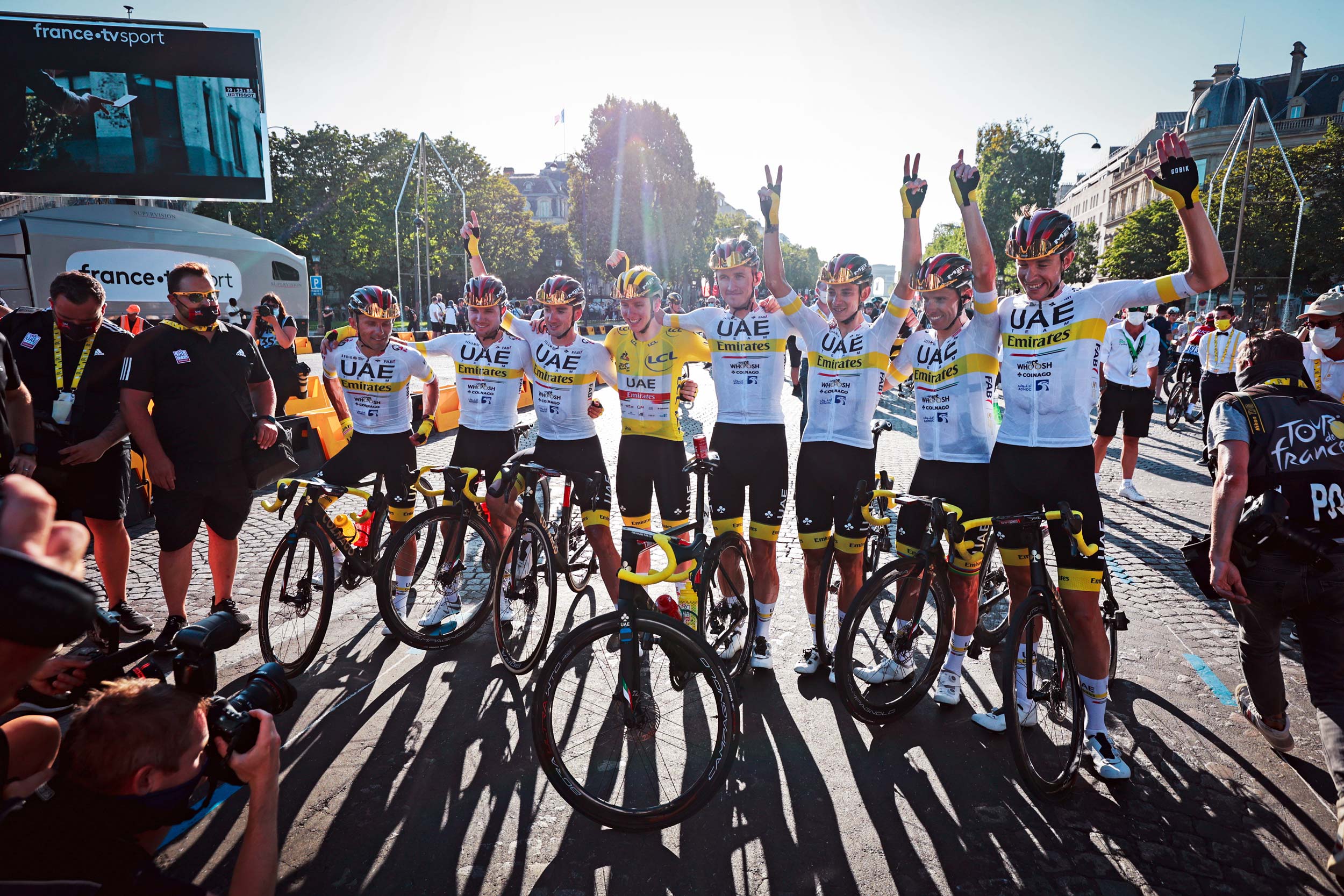 The Monday After gives us time to reflect… and, eventually, get some rest. But after three weeks of constant action, it’s difficult to adjust to a day without a bike race. There’s no finish line for stage 22, and that’s what makes it such a challenge.

The call of the commentators will likely continue to echo in your mind for a while yet, and the images that flashed on our screens and brought cycling into our living rooms for three weeks will be replayed in our thoughts and conversations for some time yet. We’ll each recall different aspects about the race and what made it so compelling, but there seems to be a consensus that emerged during the Tour of 2021: bike racing is great entertainment that offers plenty of inspiration.

If you watched and cheered and enjoyed what you saw, then don’t hesitate to chase your own virtual yellow jersey. There is a prize on offer for anyone who rides a bike, it might not be a race victory but there is a journey on offer for everyone who wants to move around with their body as the engine.

We have enjoyed a showcase of cycling while watching the Tour de France of 2021 and although many of us are in the midst of a lockdown, when it’s safe to ride outside hopefully there’ll be pelotons of enthusiasts who get out to savour the joy that comes from the act of pedalling.

The Tour is over. Long live the memories.