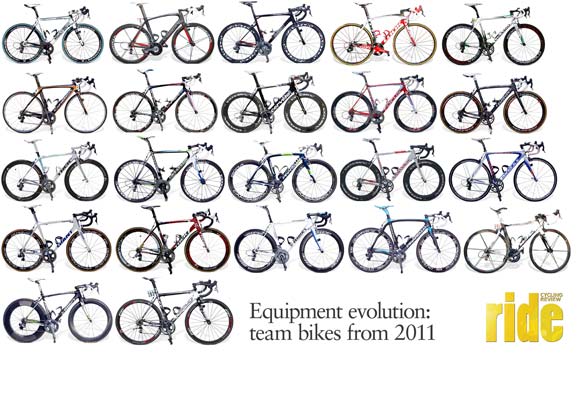 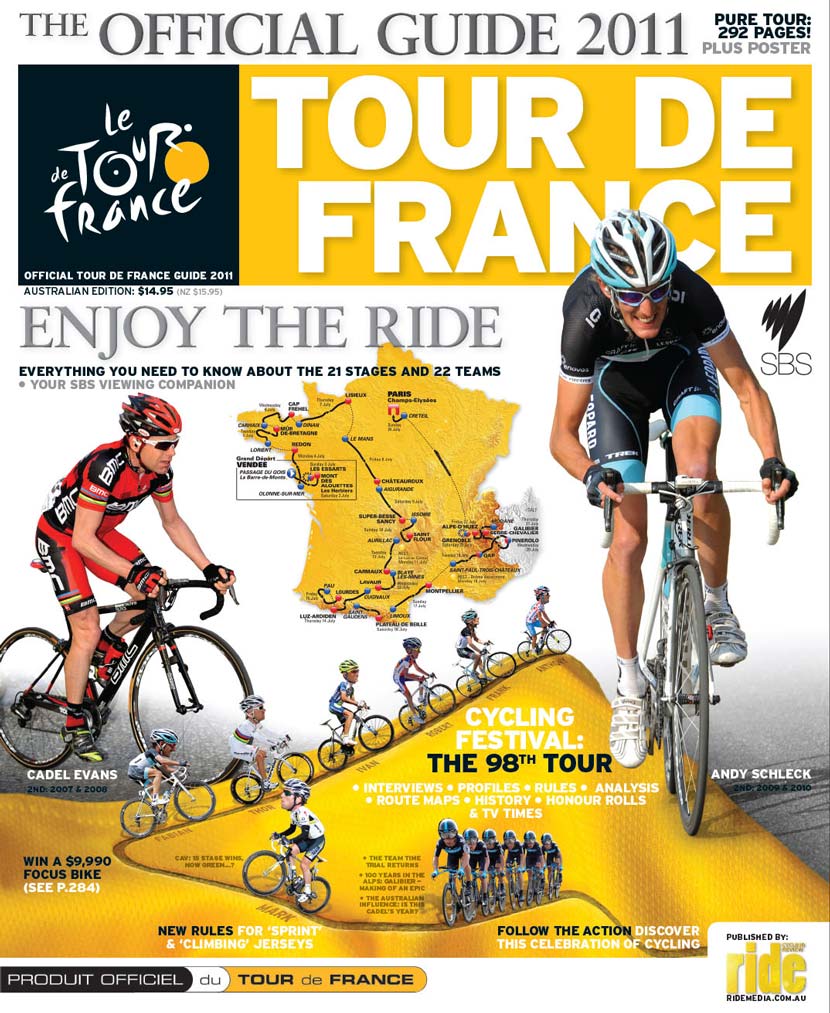 The Official Tour de France Guide (Australian edition) includes listing of all the teams in the race each year, as well as a summary of the equipment used. The 2014 edition of the Official Tour Guide is now on sale in newsagents and bike shops around Australia. As we await the start of the 101st Tour de France, we will be posting galleries of the team bikes on our site to illustrate the evolution of equipment over the years.

In the first instalment of these team bike posts, we look back at what the bikes were like in 2011 when a rider from a team sponsored by a bike manufacturer became the champion of the Tour. The 2012, 2013 and 2014 collection will be posted in the coming days and you’ll be able to note the changes of equipment through the seasons…

This collection of photos by Yuzuru Sunada is of bikes of the Tour teams in 2011.