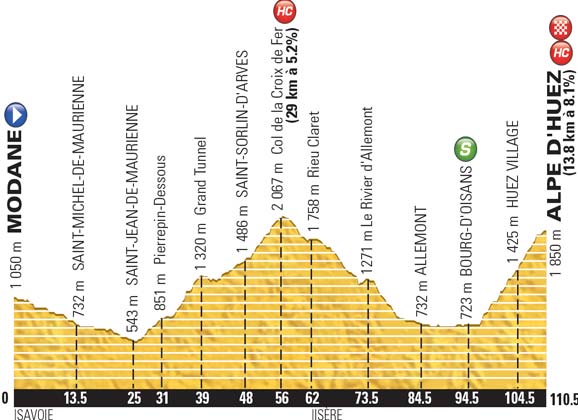 The Galibier is gone from the itinerary for the 102nd Tour de France. Eight days from the start of the 2015 race, organisers have announced an alternative for the mid-mountain of the 20th stage. A landslide is to blame for the removal of what was meant to be the highest peak of the race this year.

The official statement from ASO (below) outlines the reasons behind finding an alternative to what was meant to be a 110km stage to Alpe d’Huez on the penultimate day. Now we see the the col de la Croix de Fer at the 56km mark instead of the Galibier. Different… but still very much the same: 110.5km on the final Saturday of Le Tour 2015. Same legendary site for the finish! 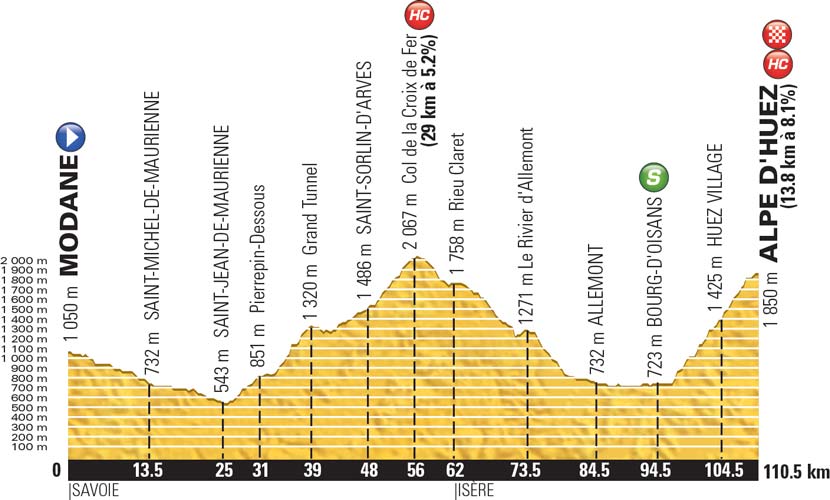 “Kept on alert since the closure of the Chambon tunnel because of a landslide in April, Tour de France organizers have been informed by the Isère authorities of the inability to restore circulation before the passage of the race scheduled on 25 July. Despite the determination of all parties involved to conserve the original route, but more importantly to allow the population of the communities concerned to return to their normal traffic patterns, it was decided that the route of stage 20 be changed. The start in Modane Valfréjus and arrival at Alpe d’Huez are maintained.

“After putting in a new reconnaissance run, the organizers of the Tour de France opted for a route with the same distance at 110.5km. The peloton will leave Modane at 1.15 PM as was scheduled, then will head north after traversing Saint-Michel-de-Maurienne. The col du Galibier pass will no longer be part of the 2015 edition, however the peloton will climb the col de la Croix de Fer pass a second time, attacked from a different slope than the day before on stage 19. The riders will then plunge down into the Oisans Valley and find themselves in Bourg-d’Oisans (km 94. 5) and re-join the original itinerary, before beginning the climb to Alpe d’Huez. As a result of this course change, the Henri Desgrange prize, which rewards the rider who leads at the highest point of the Tour, will be awarded at the col d’Allos (2,250 m), just prior to the finish of stage 17 at Pra -Loup.”