The final 182km of the Tour de France’s first Danish visit was a reminder of how popular cycling is in Denmark. Huge crowds created a tunnel of noise for the peloton as riders raced from Vejle to Sønderborg. Dylan Groenwegen timed his sprint to perfection to give his ‘GreenEdge’ team its first Tour stage win since 2019.

Zac Williams will be on site at #TDF2022 and we will share some of his images in galleries as the race unfolds. Here is part 3 of the #ZacWilliamsGalleries from Le Tour of 2022. 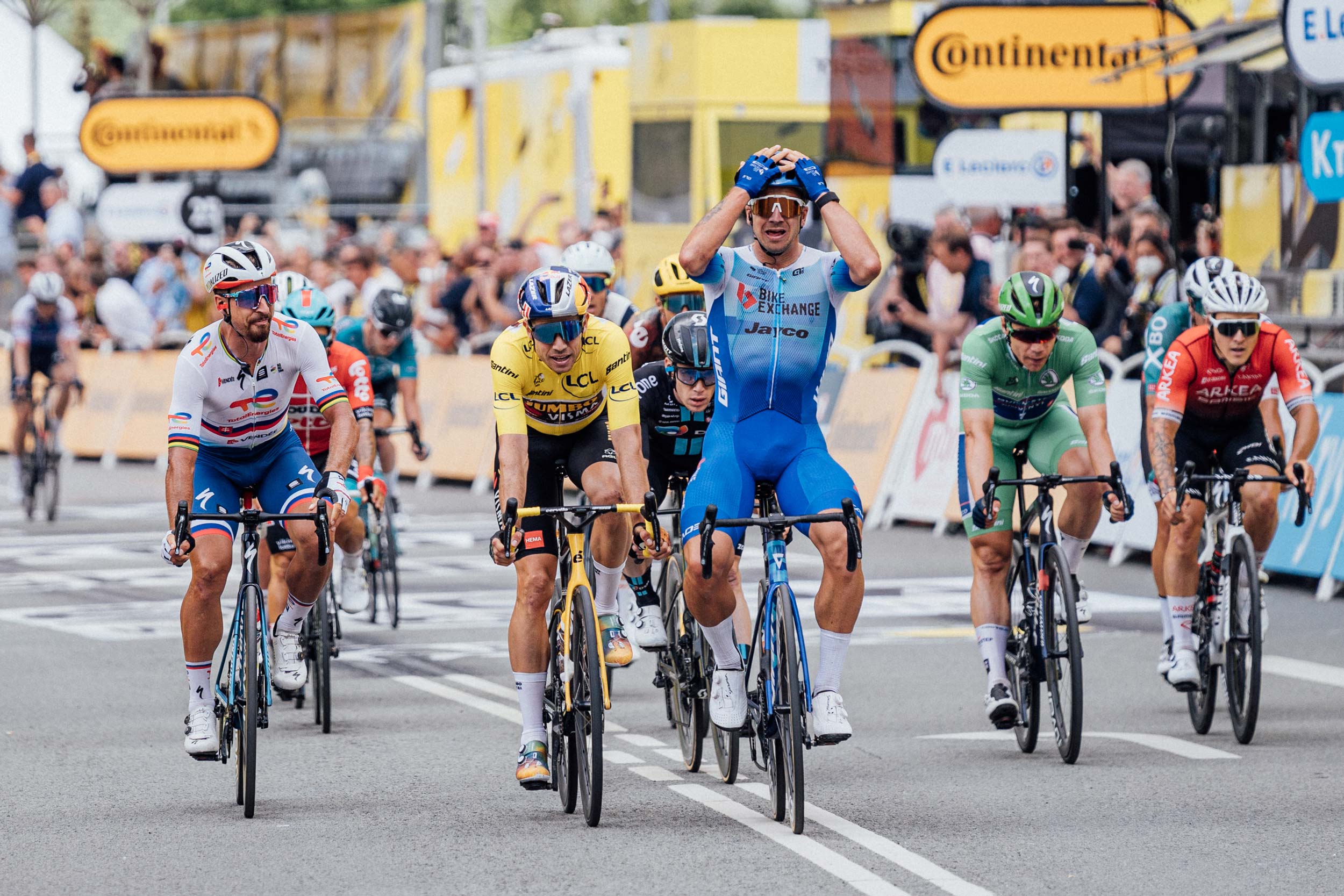 “I have to say thanks to my team, and to my family and friends to bring me back to the Tour in a good shape,” said Dylan Groenewegen after his victory in stage three of Le Tour 2022. “It’s beautiful!”

The emotional Dutchman surged into the lead in the final metres of the stage, relegating Wout van Aert to the runner-up spot, his third from three days of racing in this year’s Tour. 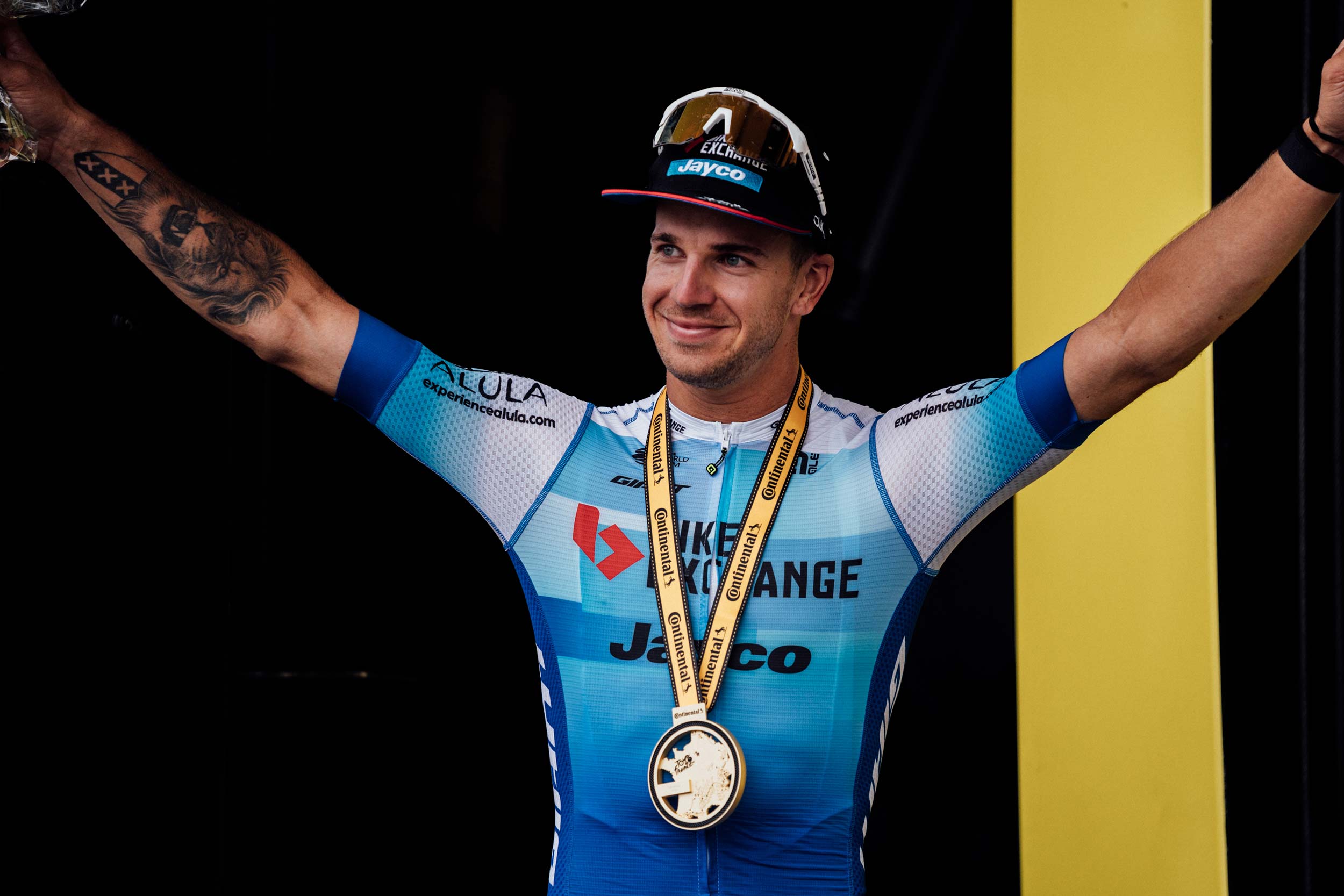 When Groenewegen’s victory was confirmed, his team-mates went into raptures while the winner was brought to tears. The group huddled and hugged one another before bursting into song for a few quick words: “Green… greeeen…GREENEDGE…!”

It’s far from a chart-topping tune but it certainly offered a memorable moment for a team that recently recruited the Dutchman who, on 6 August 2020, was blamed for a dramatic crash in the Tour of Poland.

The raw emotions of a @LeTour stage win! pic.twitter.com/mf0hPwHzy9

Groenewegen and Saturday’s stage winner, Fabio Jakobsen, were the two riders most affected by the incident in Poland. They leave Denmark having both earned a stage victory, helping to put memories of the crash behind them.

“After all that happened, also with my family, but this is for my wife and my son, it means a lot to me,” said Groenewegen.

He explained that the challenges of the past few years have been difficult for him to manage “not physically,” he said, “but mentally it was a hard time”. 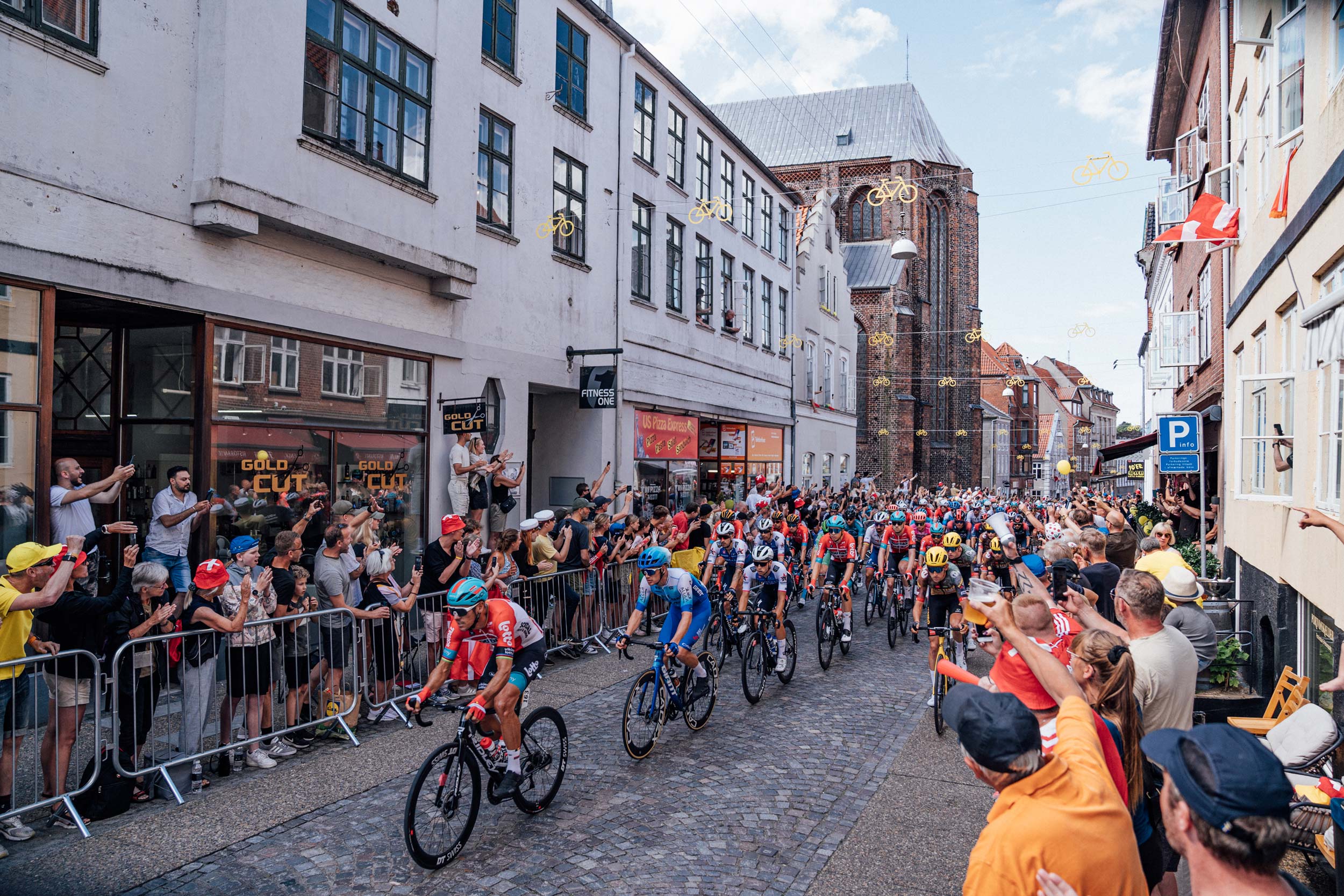 The race entourage now travels to France and there will be a day without racing, one of three between the Grand Départ and the finish of the 109th TDF in Paris on 24 July. On Tuesday, the Tour will be on French roads for a challenging hilly course from Dunkirk to Calais.

“Obviously, we’re really, really happy that Dylan could finish it off and win on the biggest stage in our sport,” said BikeExchange-Jayco team director, Matt White. “This means we’ve opened our account at the Tour de France.”

The emotional overload that was on display after the stage win was confirmed isn’t lost on anyone who knows Groenewegen’s story, and White was quick to praise the 29-year-old who joined the Australian-registered team in 2022 after six seasons with what is now known as Jumbo-Visma.

“It’s been a big comeback for Dylan, it’s never easy changing teams and he’s worked very, very hard this year and we’ve got a really strong, committed group around him.

“You saw from the result today how committed they were, and they gave him every opportunity to win and he finished it off very, very well.”

The team owner, Gerry Ryan, is back on site at the Tour de France after a hiatus for a couple of years. He was in Sønderborg to soak up the atmosphere and enjoy seeing a ‘GreenEdge’ rider back on the podium.

“They just stuck to the plan again today,” said Ryan before outlining what helps make a winning team. “It’s planning. It’s persistence. It’s having the right people in the team… it’s all about people and putting the right people together, and I’m very fortunate that this is a great organisation.” 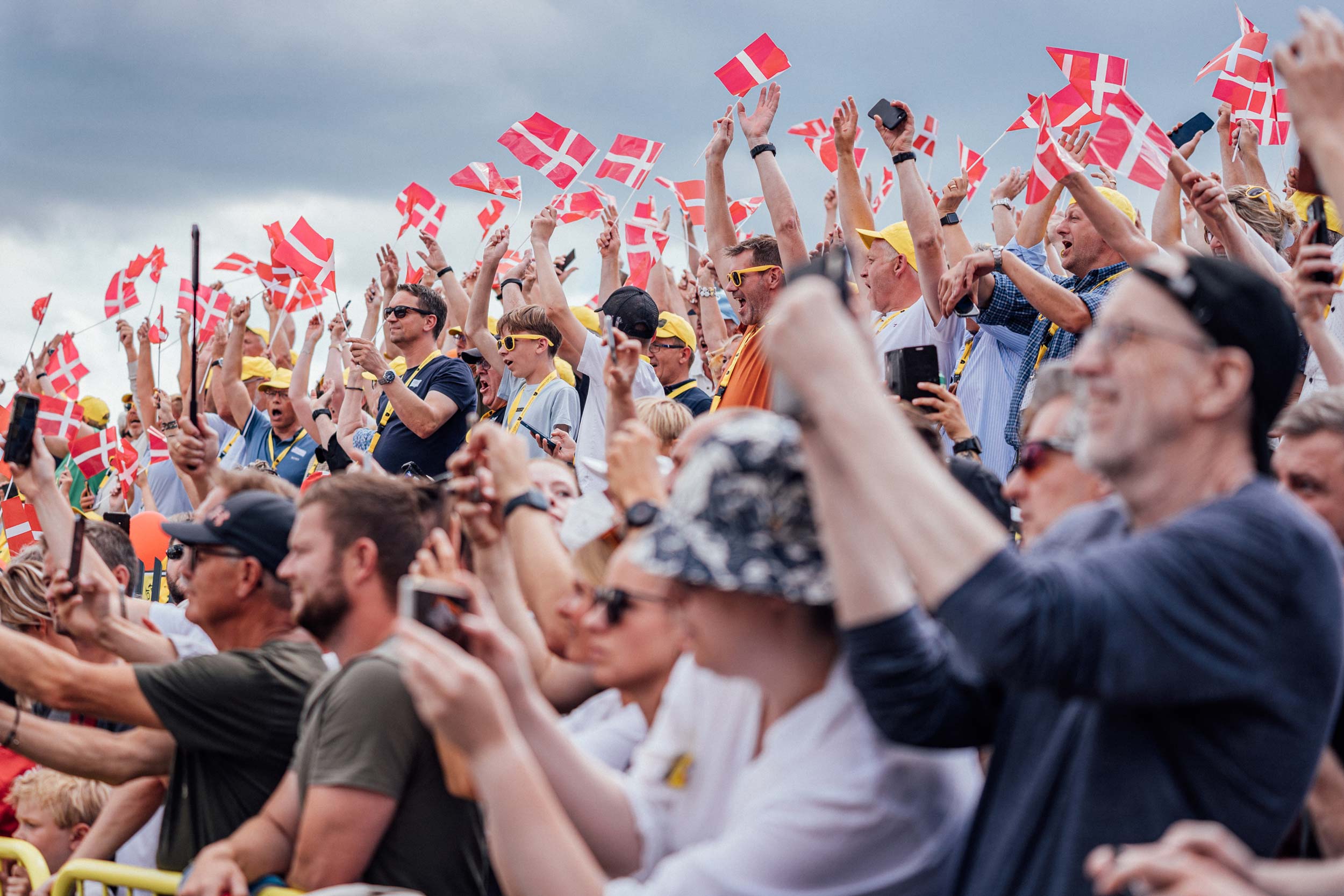 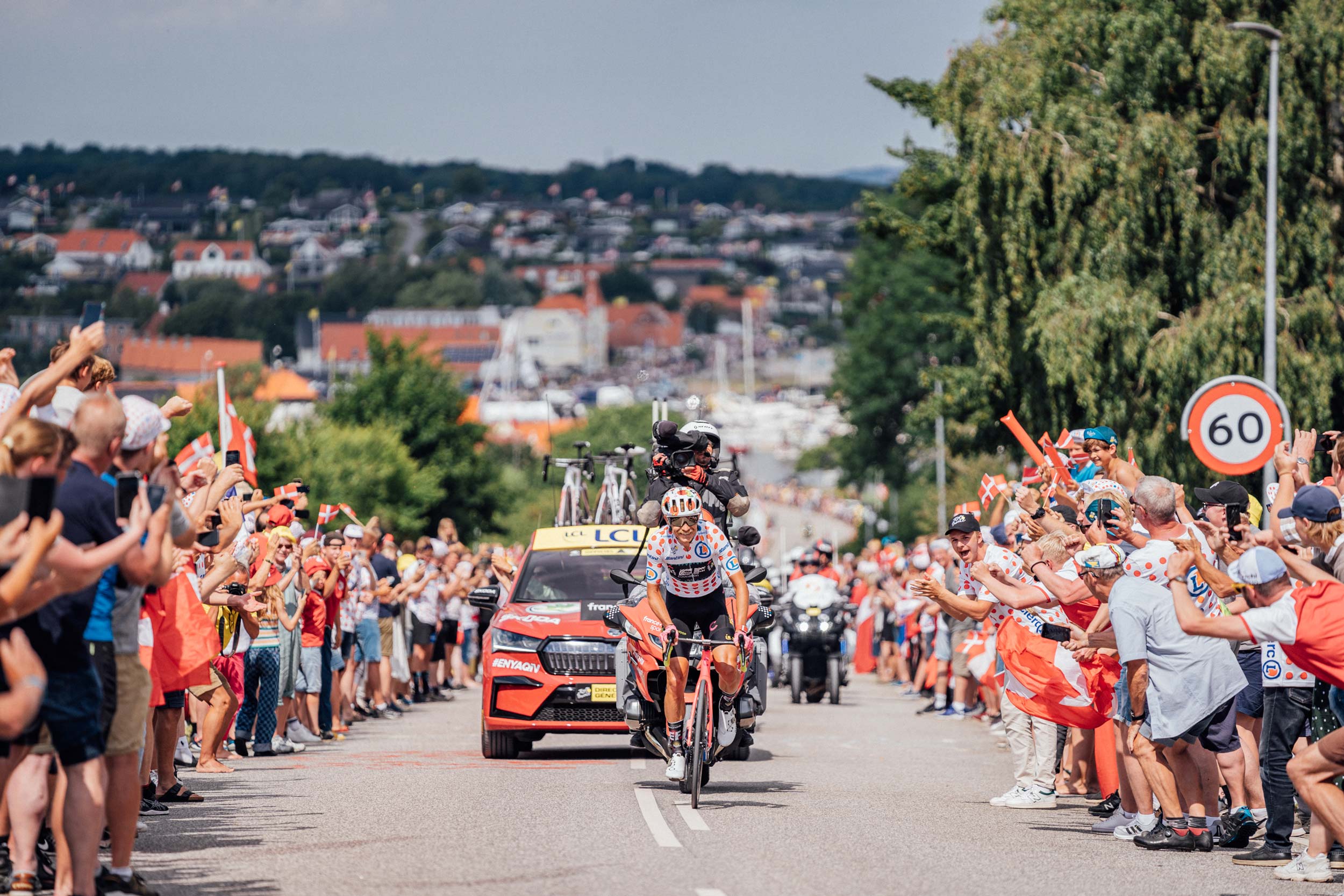 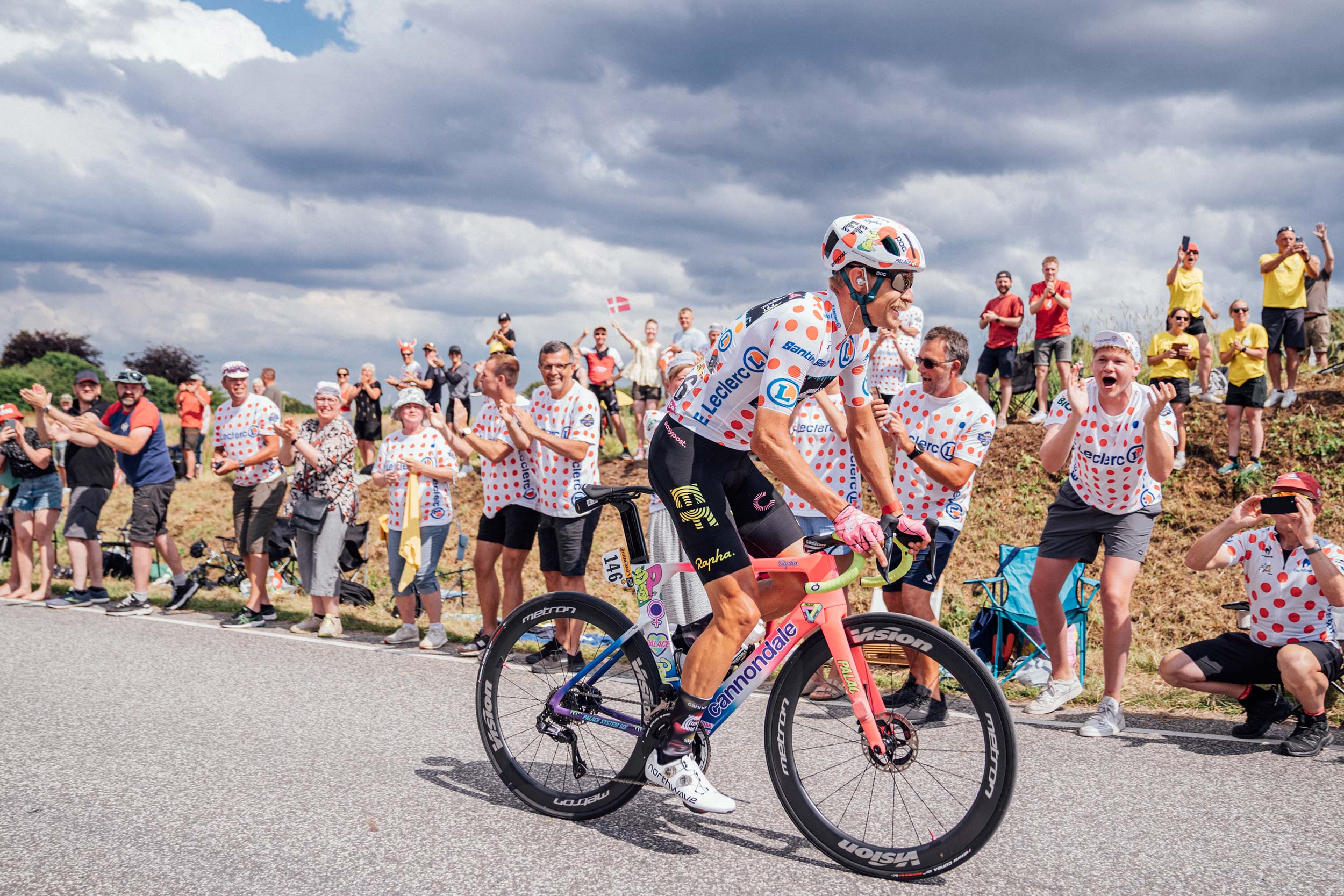 Magnus Cort lapped up the attention from Danish fans that created an amazing atmosphere for the Tour’s three-day visit to Denmark. (Photos: Zac Williams) 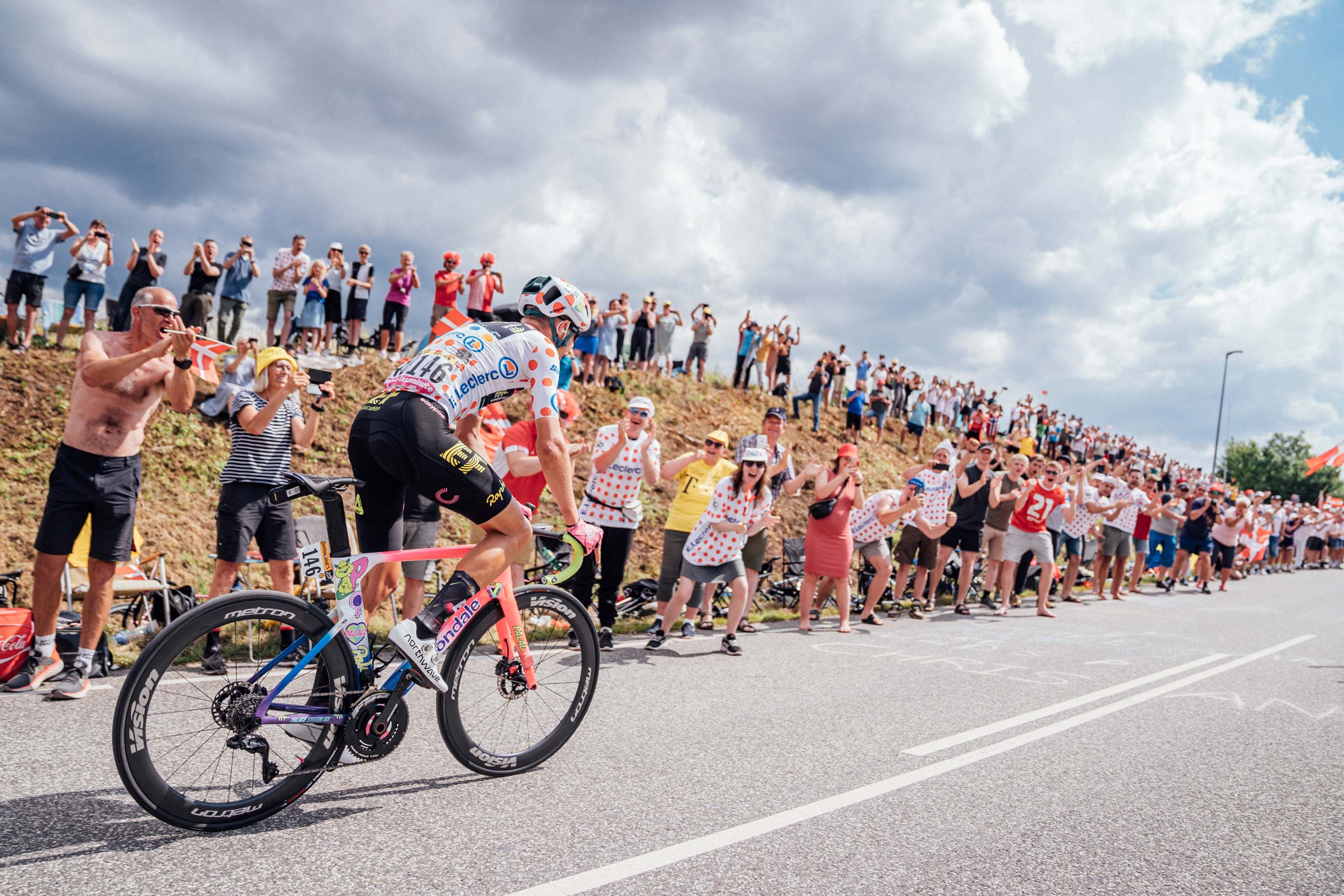 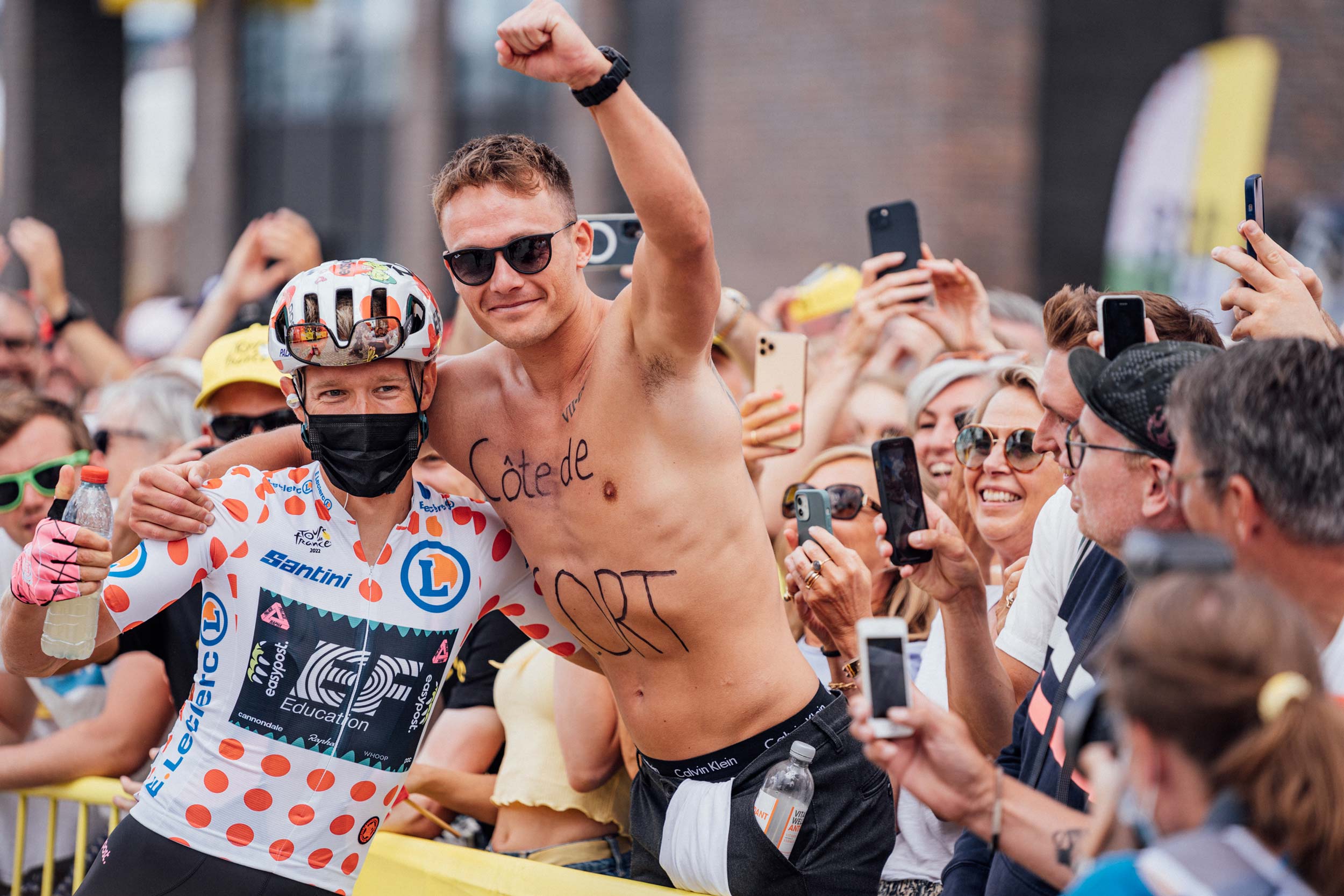 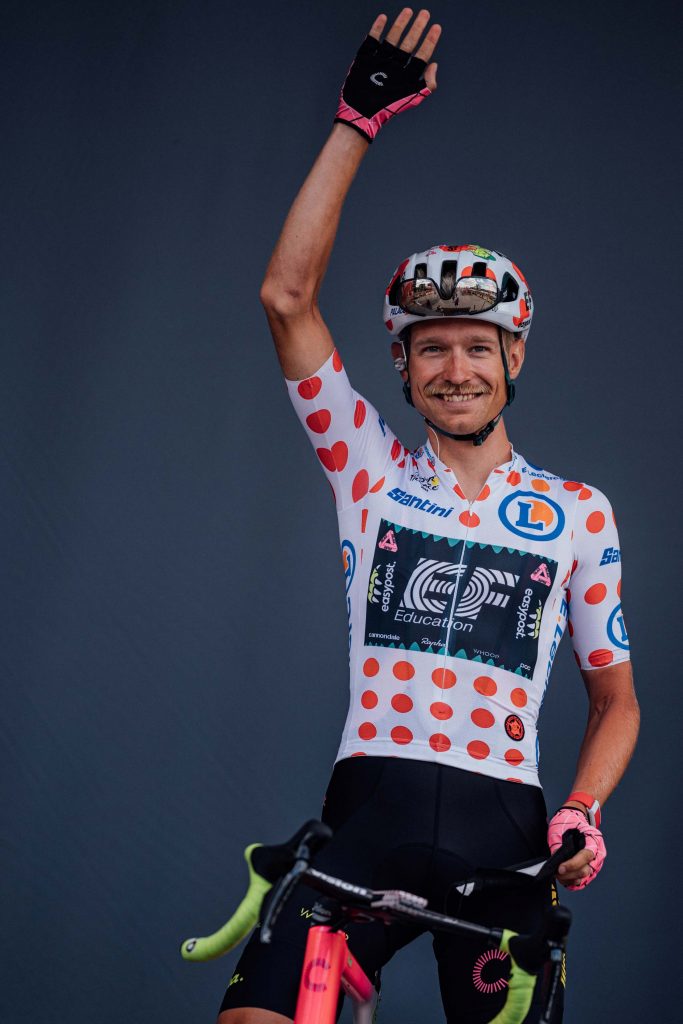 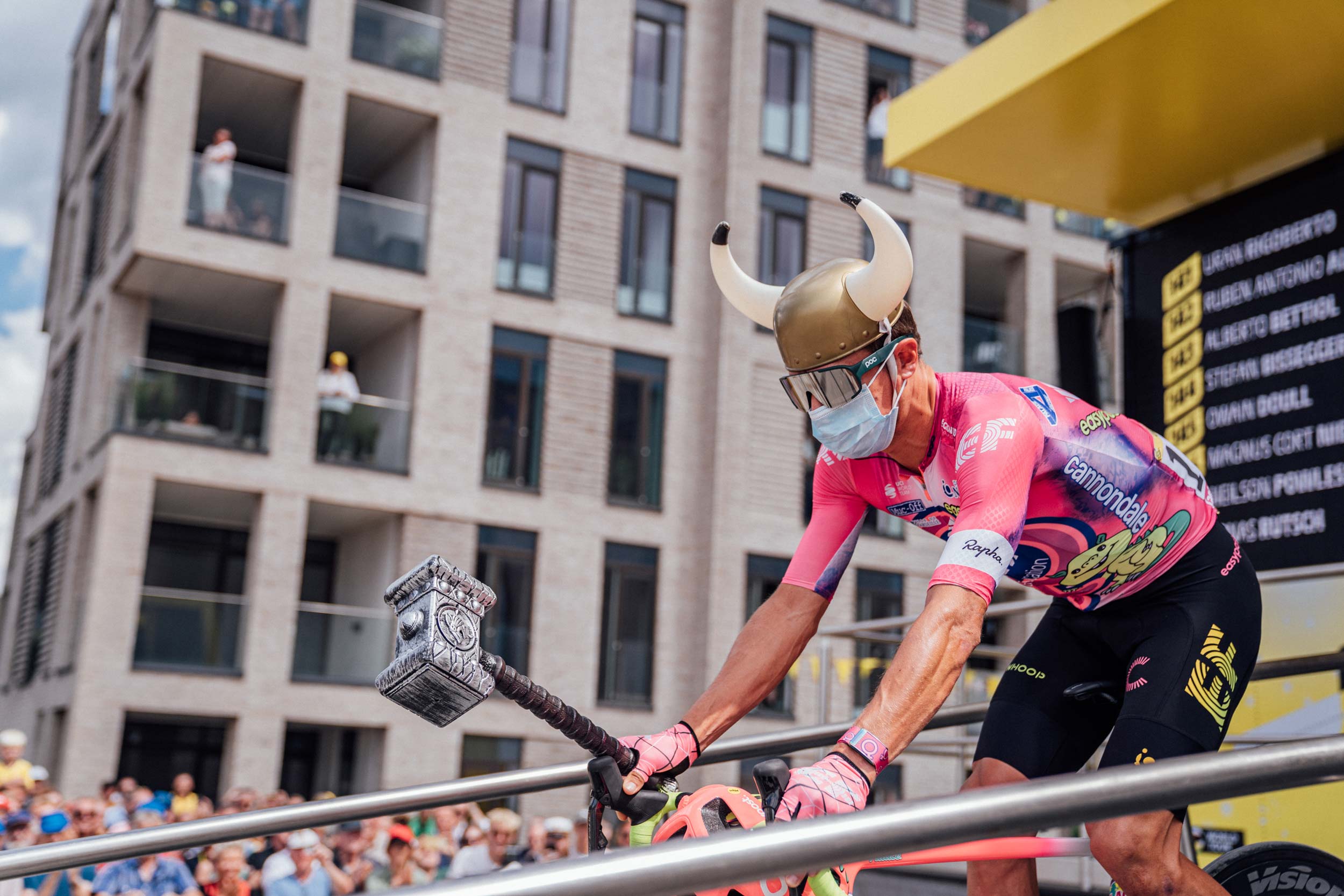 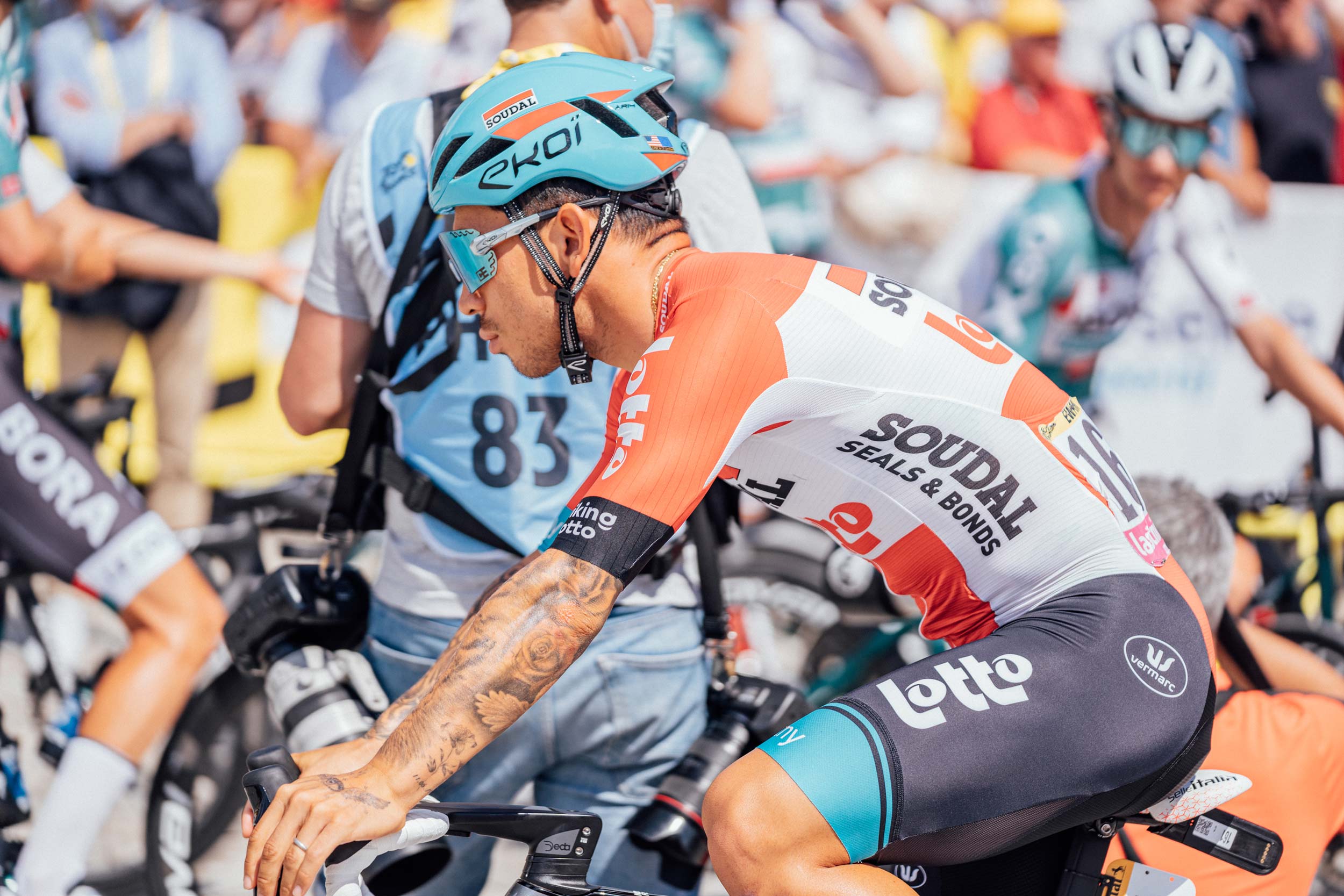 Caleb Ewan could only watch on as his sprint rivals raced over the line ahead of him in stage three. Boxed in on the right-hand side of the road, he banged his handlebars in frustration at another lost opportunity. 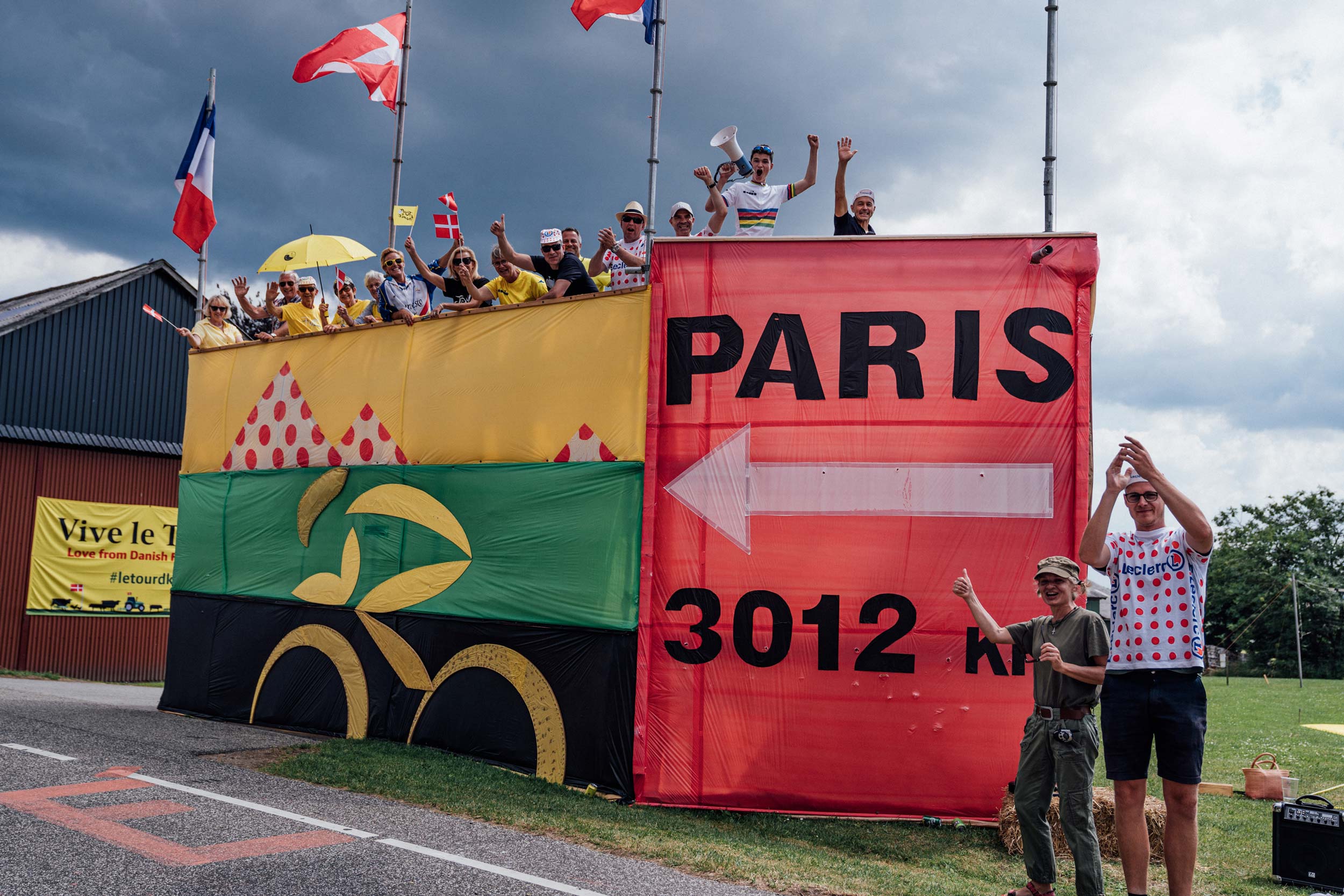 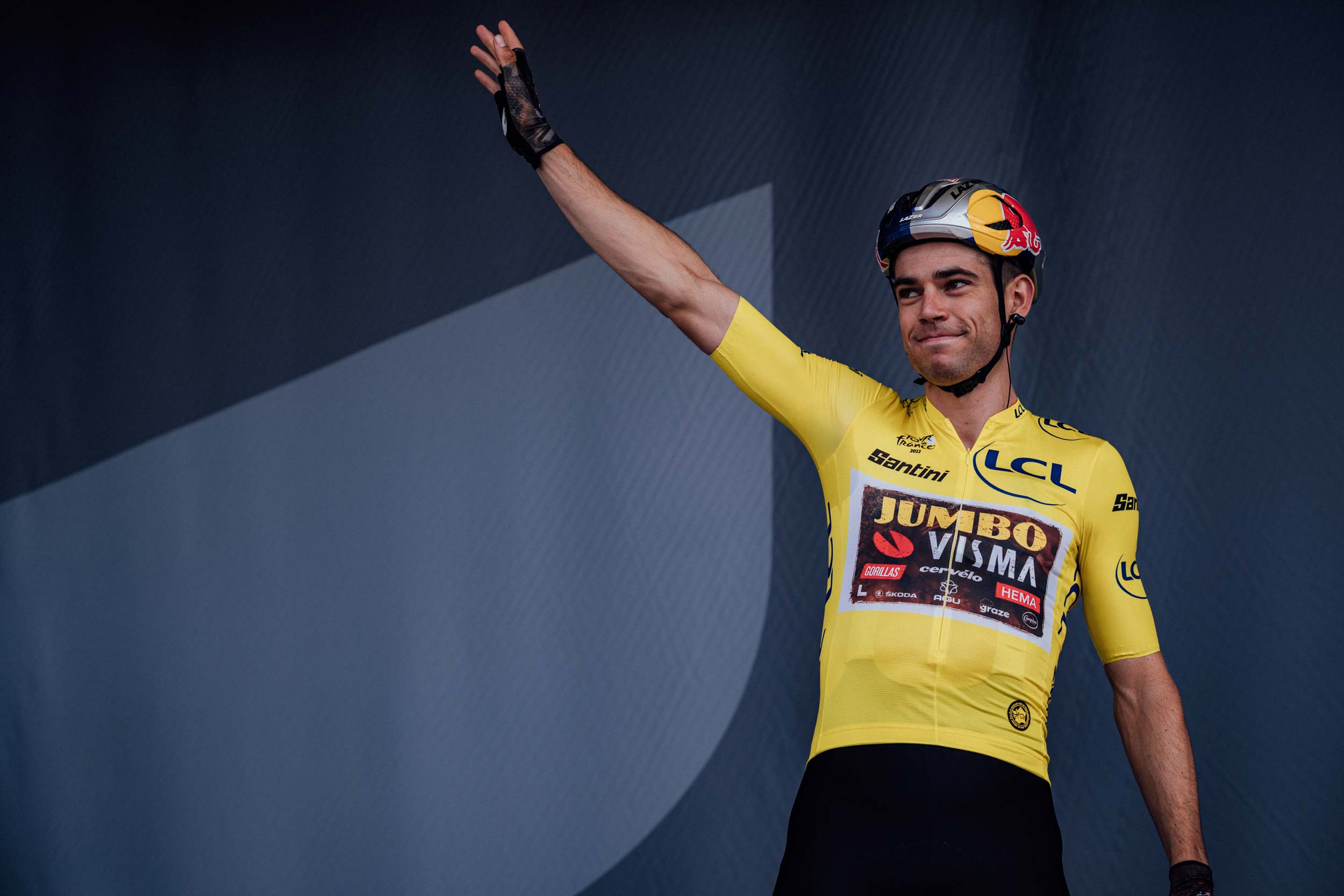