The gravel roads were always going to ensure that stage four of the Tour de France Femmes avec Zwift was raced differently. The GC favourites marked each other and Team SD Worx enacted a plan that would pay off with a fine victory by Marlen Reusser. 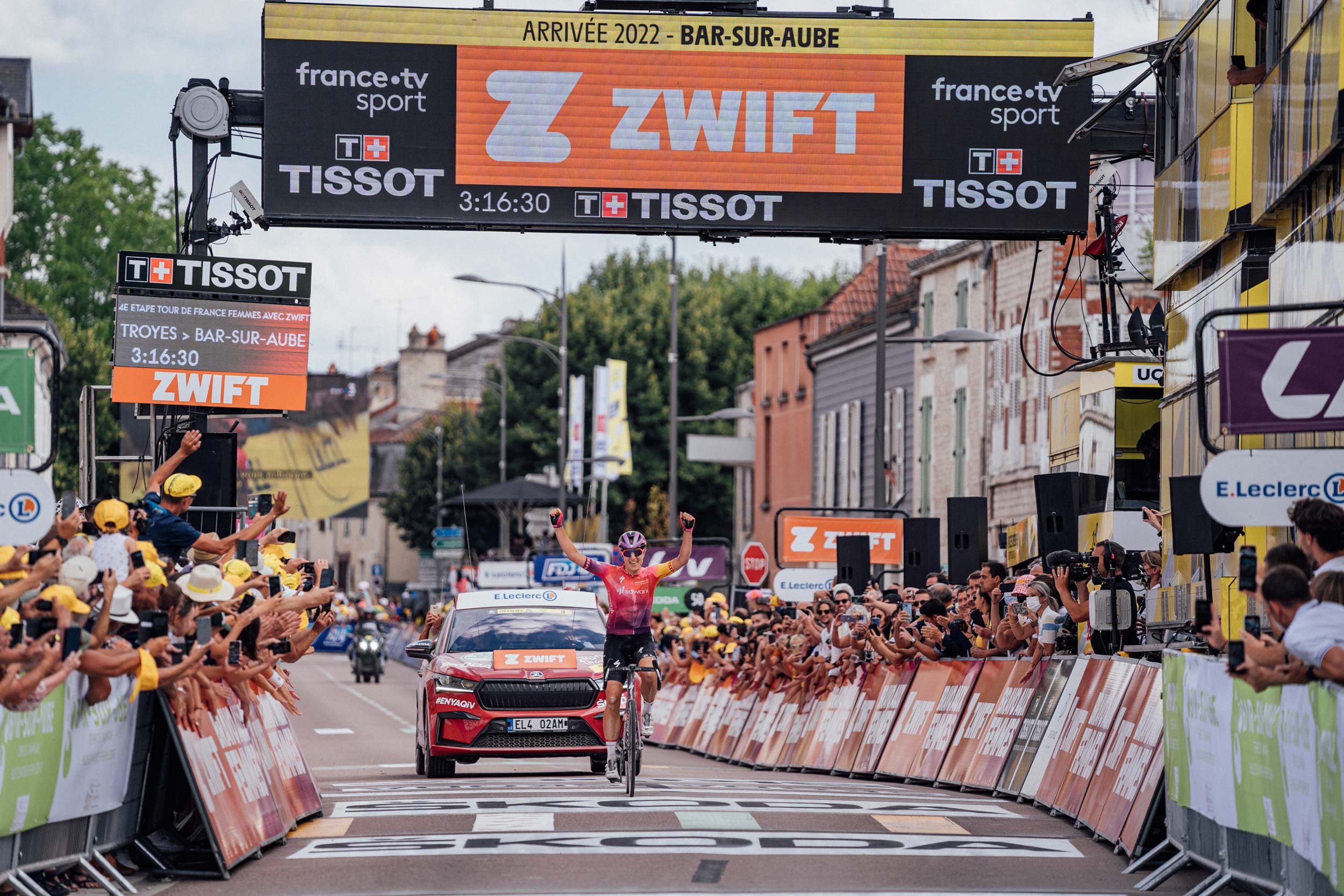 The race director of the TDFF, Marion Rousse, wanted diversity in the stages for the inaugural edition. The inclusion of white gravel roads in stage four guaranteed a different aesthetic as well as a different approach to racing. Some find the loose surface difficult to ride on but Marlen Reusser of Team SD Worx said she found it easier than the effort required to finished the previous three stages.

The 30-year-old arrived alone at the finish in Bar-sur-Aube, emerging from the dust victorious thanks to a team plan nutted out by SD Worx that allows all riders a chance to shine. 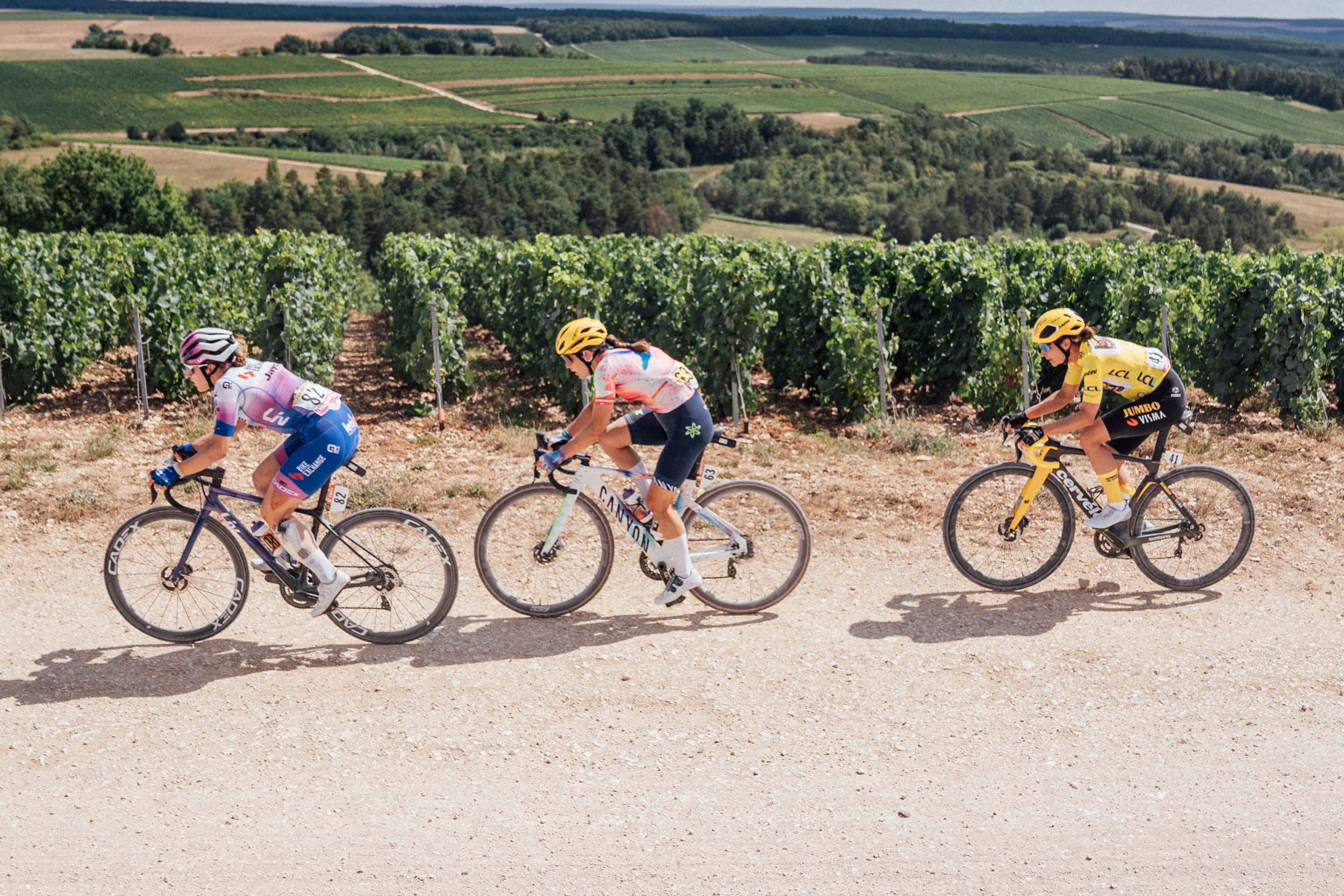 “The team had a plan to make it a hard race and to not let it come down to an easy finale,” Reusse explained in the post-stage winner’s interview. “We said we would attack and one would go. Then I was lucky it was me.

“We have our GC leaders, we always keep them in front, but this team always has an open and aggressive strategy, so everybody is allowed to go for the win.

“We all work together, we help each other and we attack. I was the lucky one.

“I’m really grateful for my team and my teammates. In this Tour, every day is hard, at least for me every day was hard. This stage suits the kind of rider I am with these gravel sections. It was hard but it was not as hard as other stages for me.” 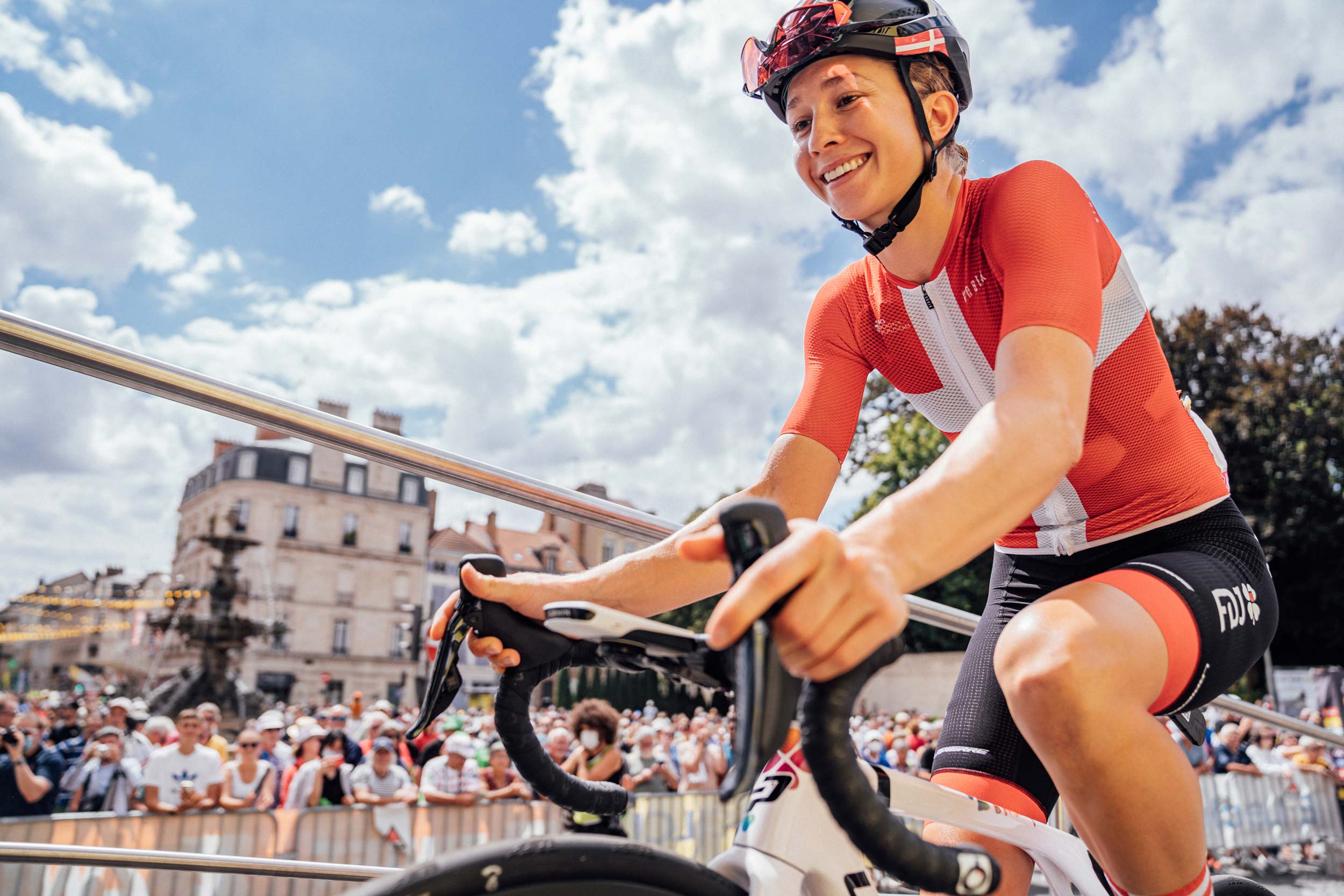 Cecilie Uttrup Ludwig was all smiles the day after her stage win in Épernay. (Photos: Zac Williams) 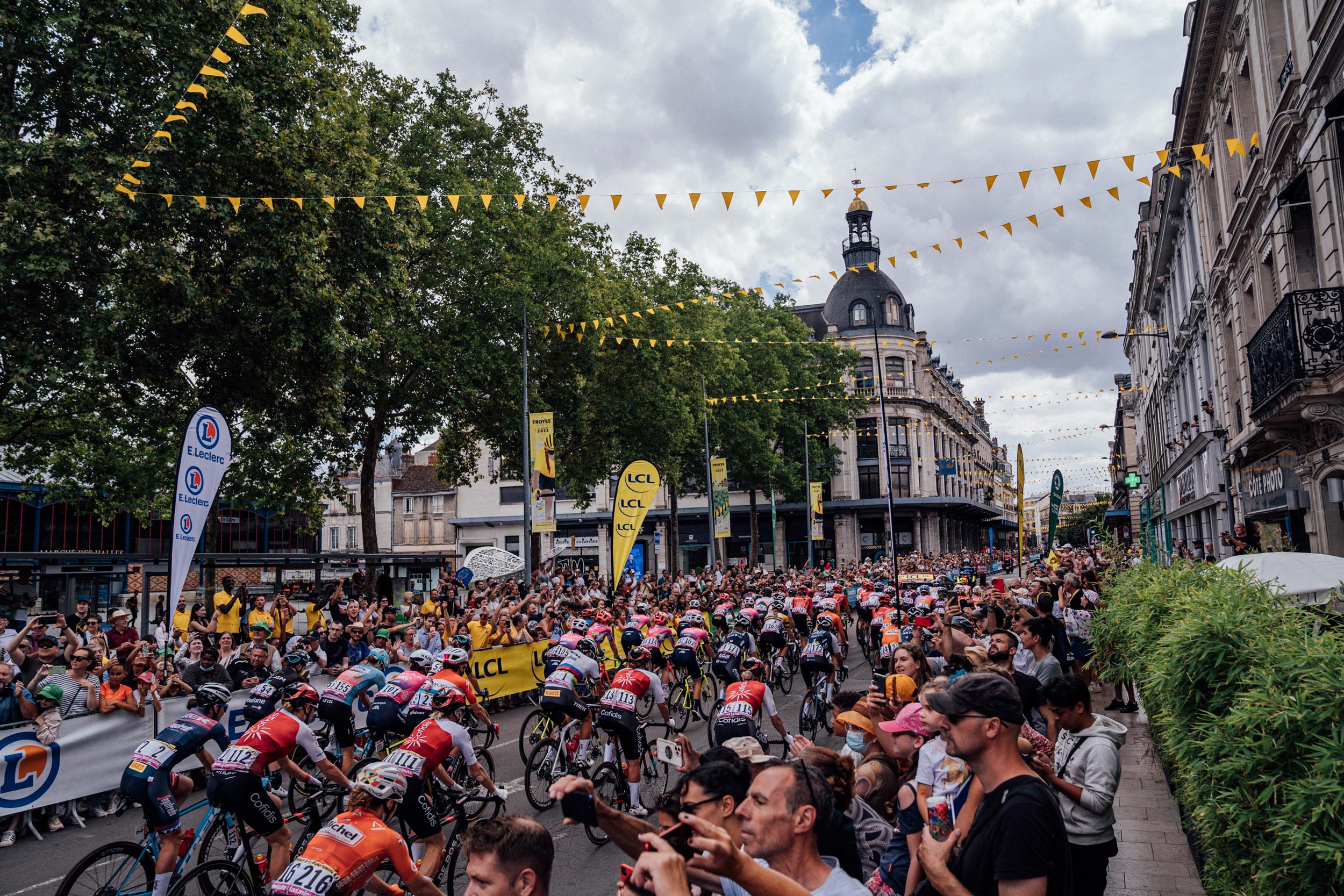 Big crowds flocked to the start in Troyes. 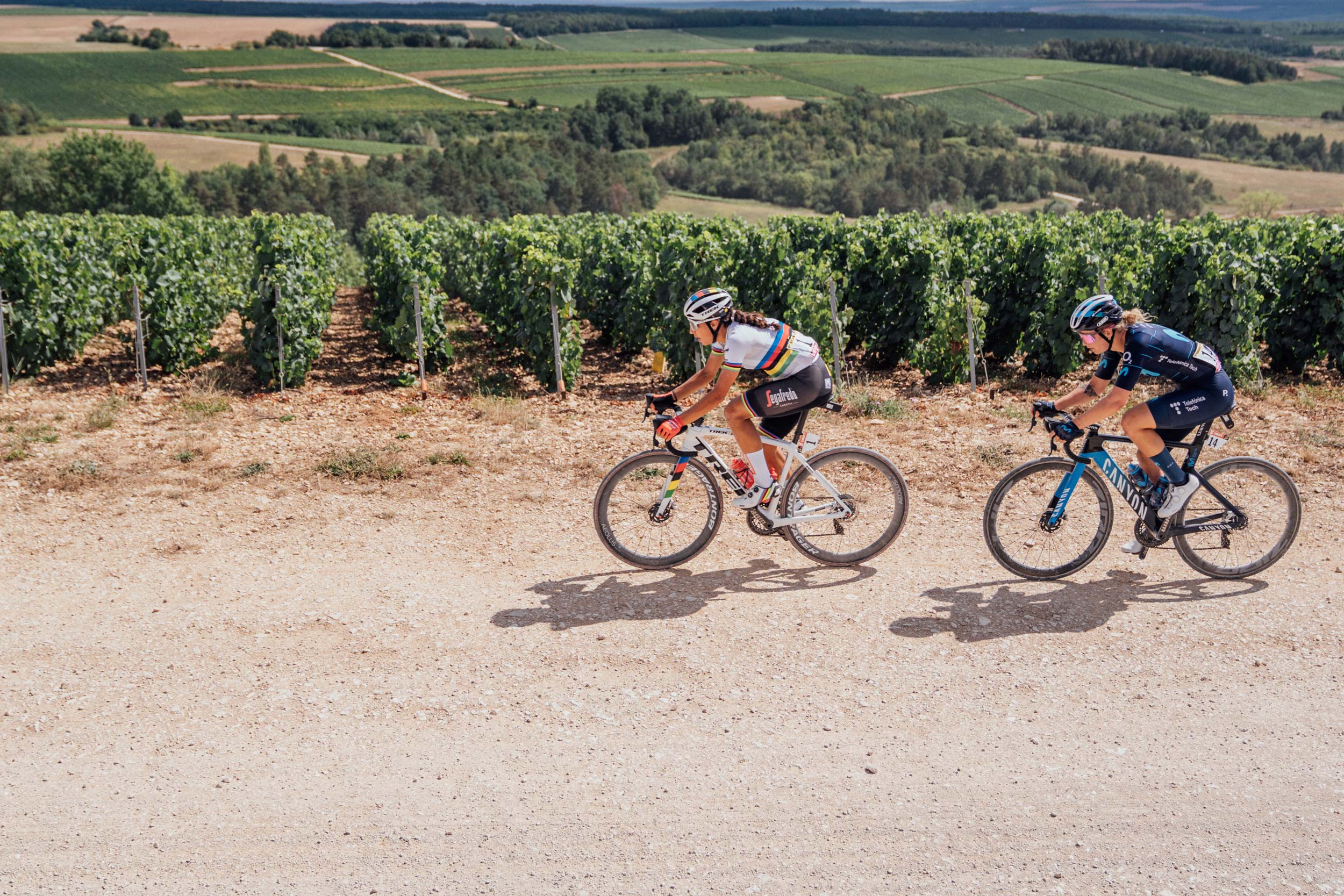 Elisa Balsamo and Emma Norsgaard on one of the gravel sections. 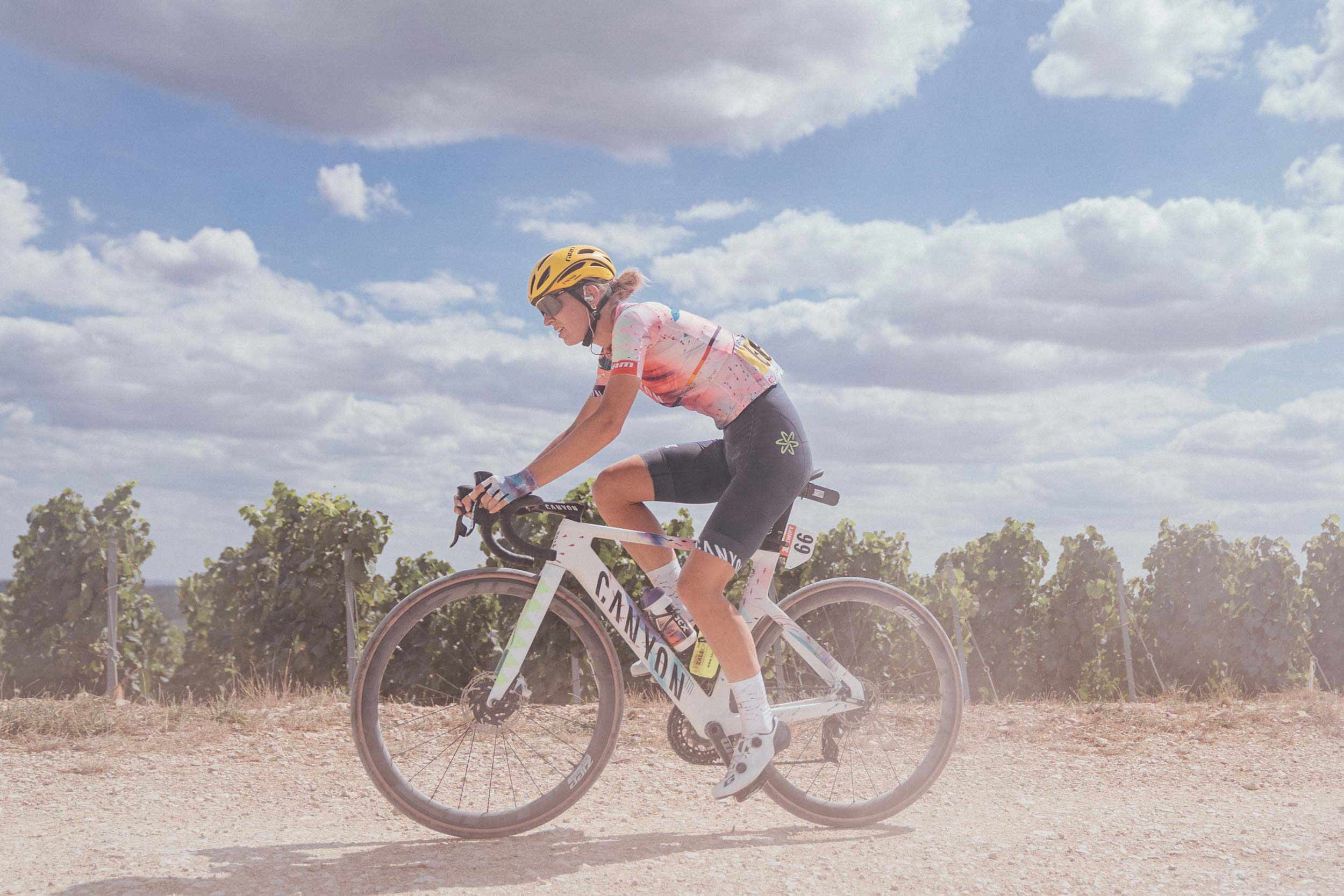 Pauliena Rooijakkers of Canyon-SRAM, leaders of the team classification after three stages. 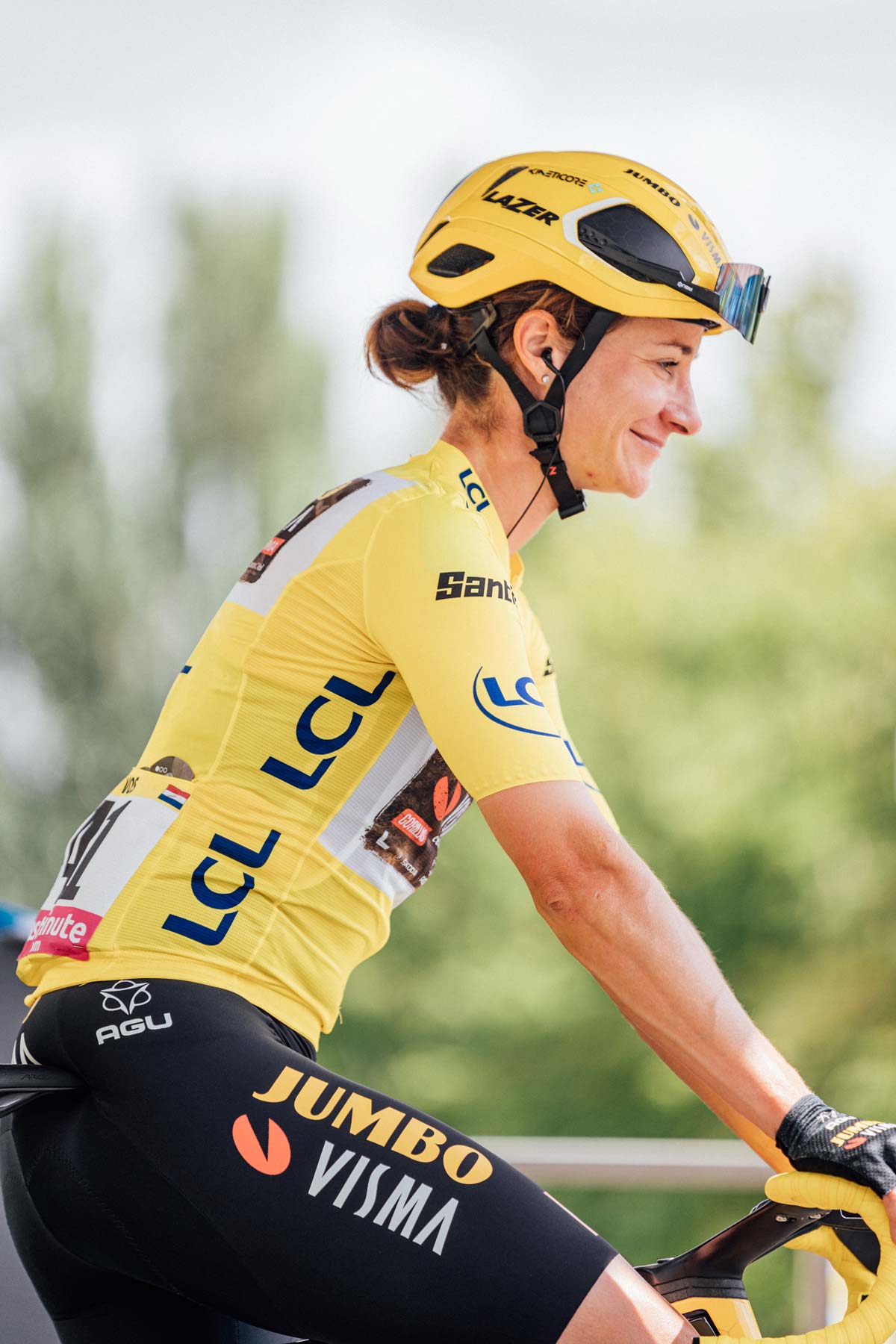 Marianne Vos, another day in the yellow jersey… and a successful defence of her GC lead in stage four. 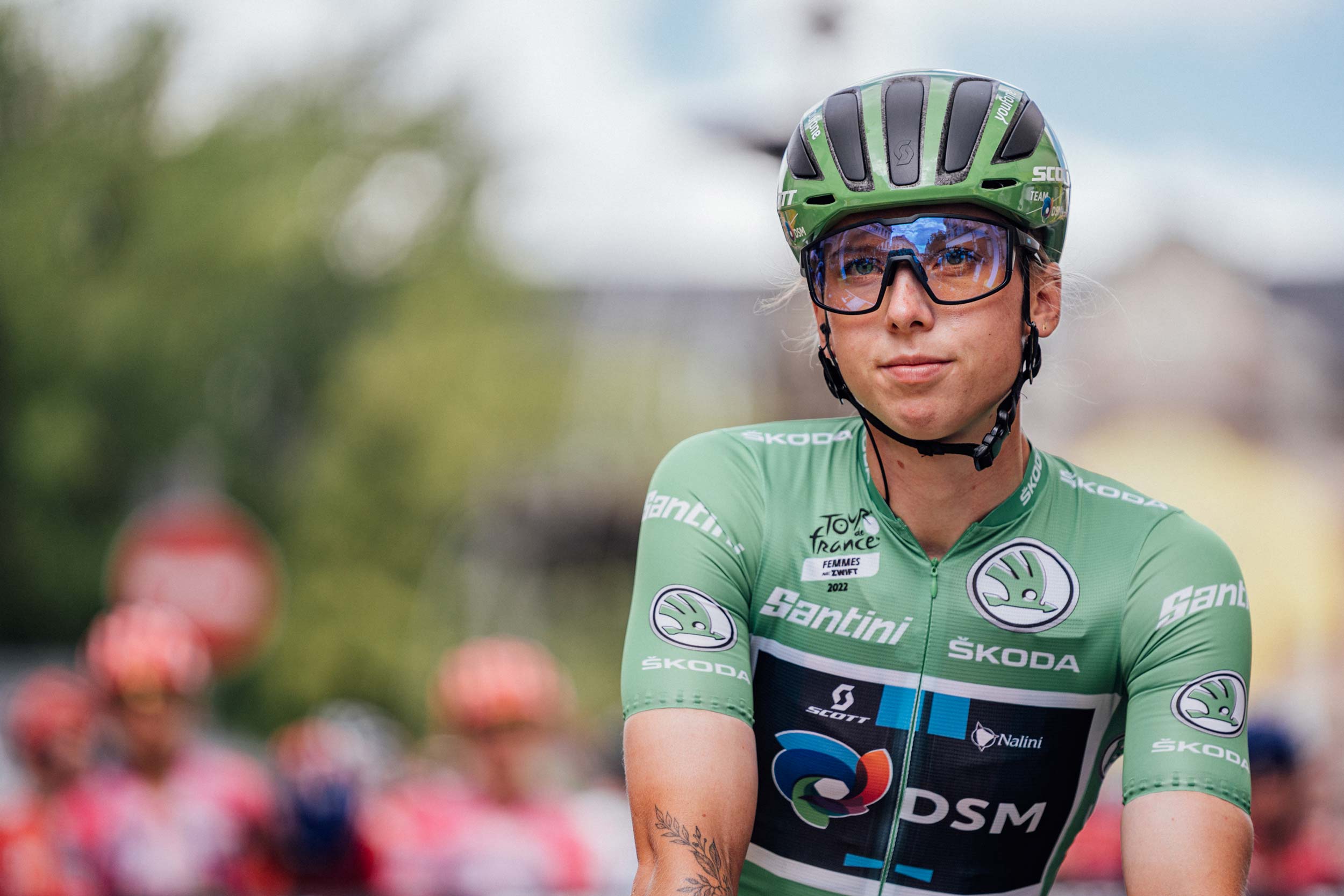 Stage one winner, Lorena Wiebes is the caretaker of the green jersey, with Vos also leading the points classification. 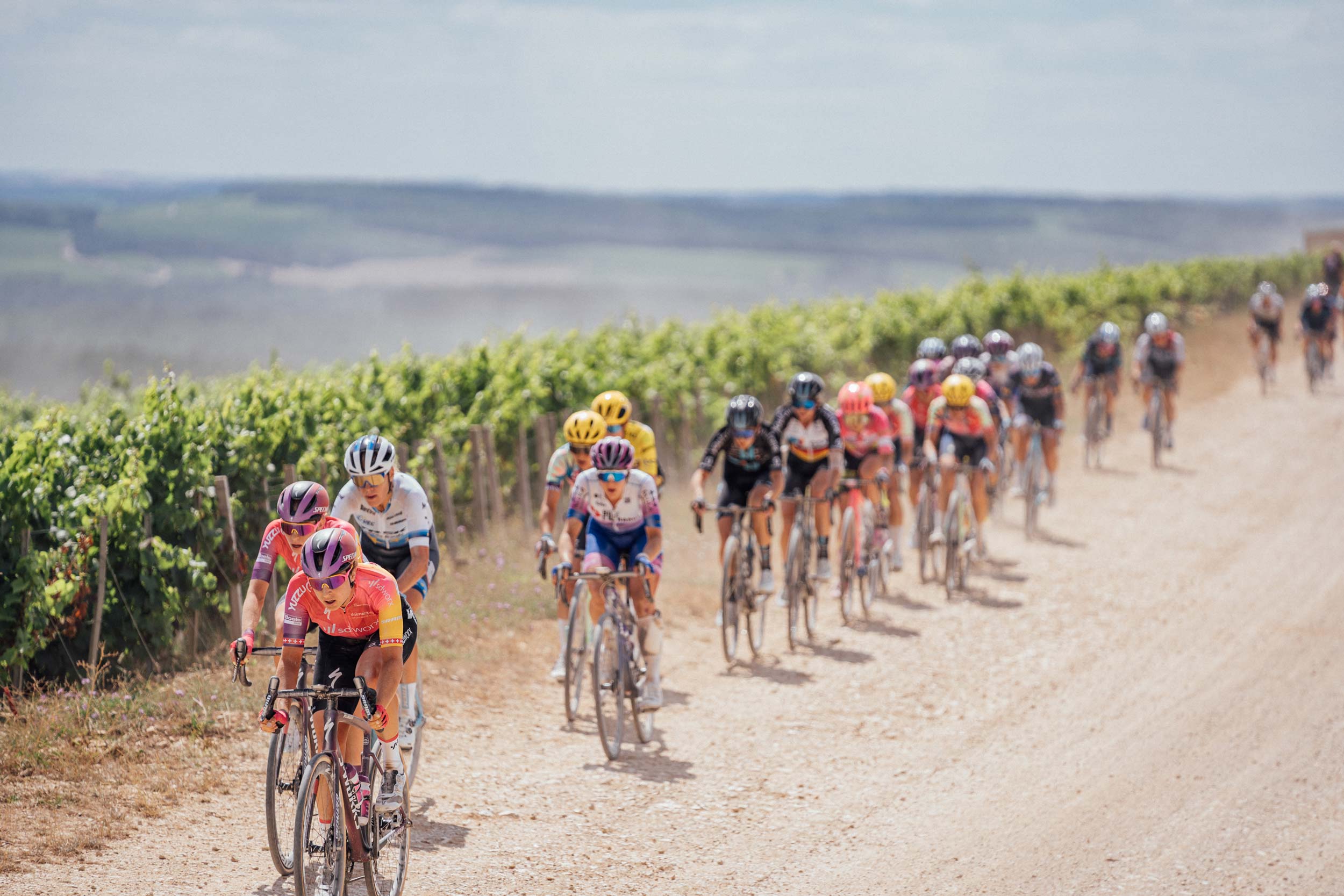 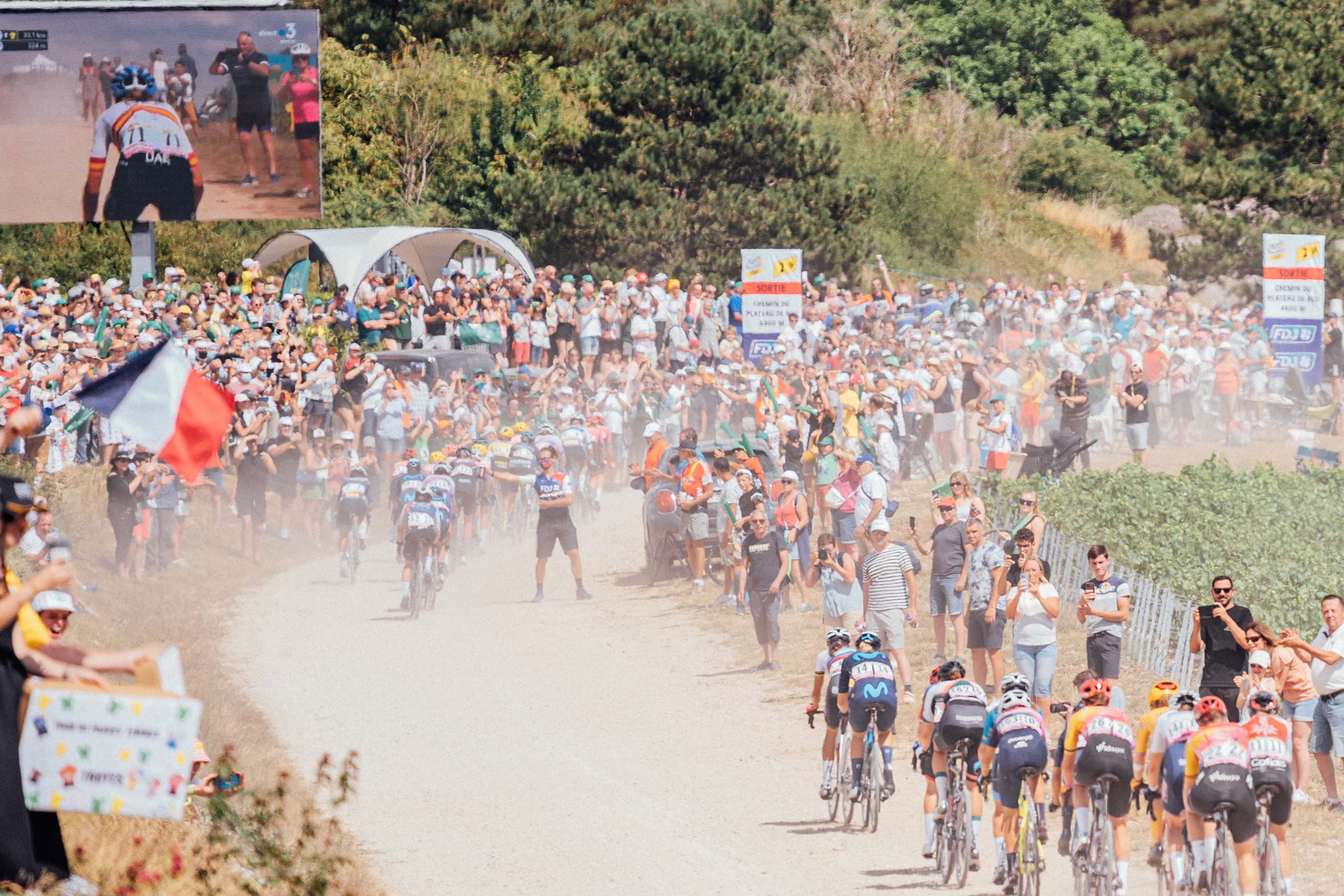 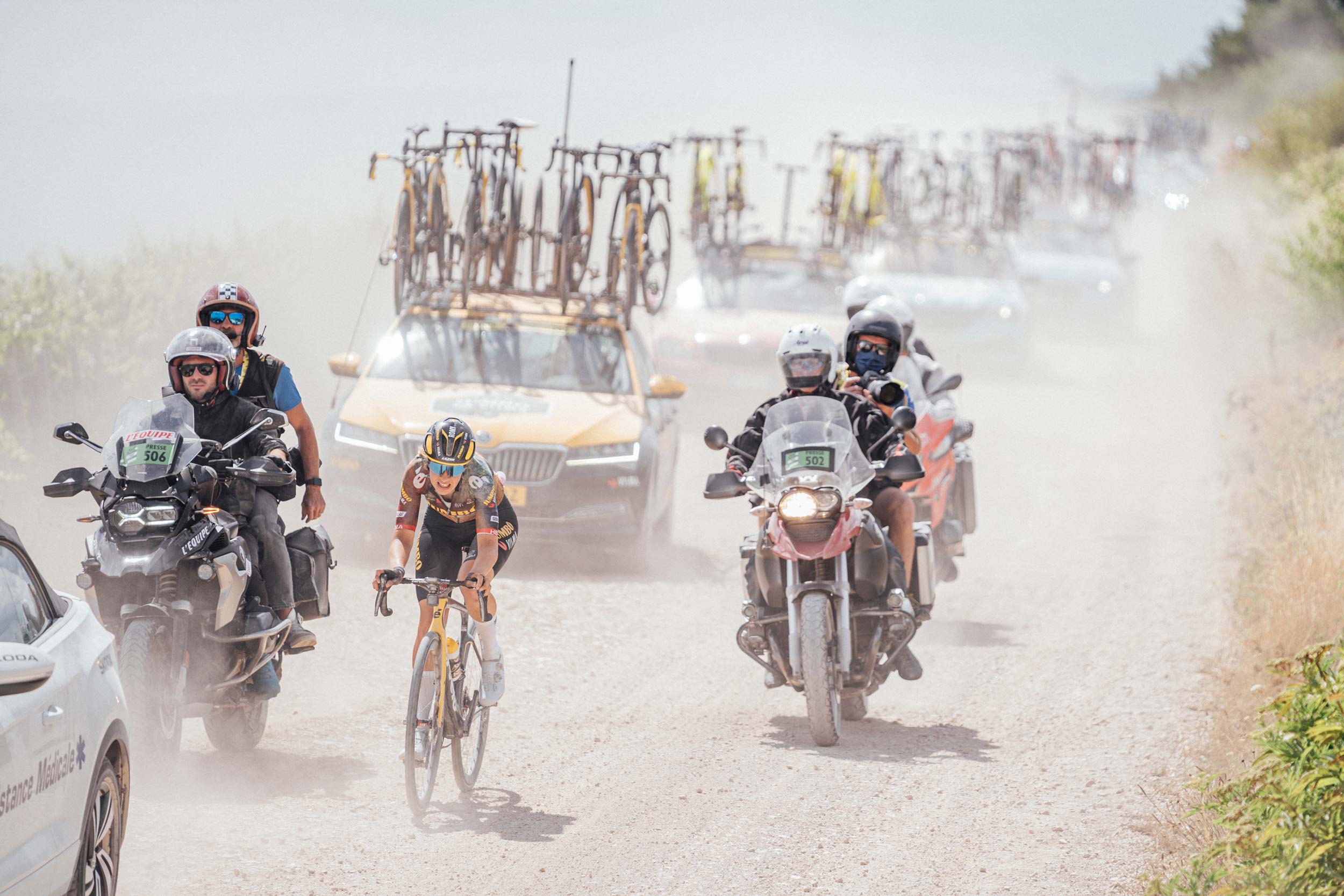 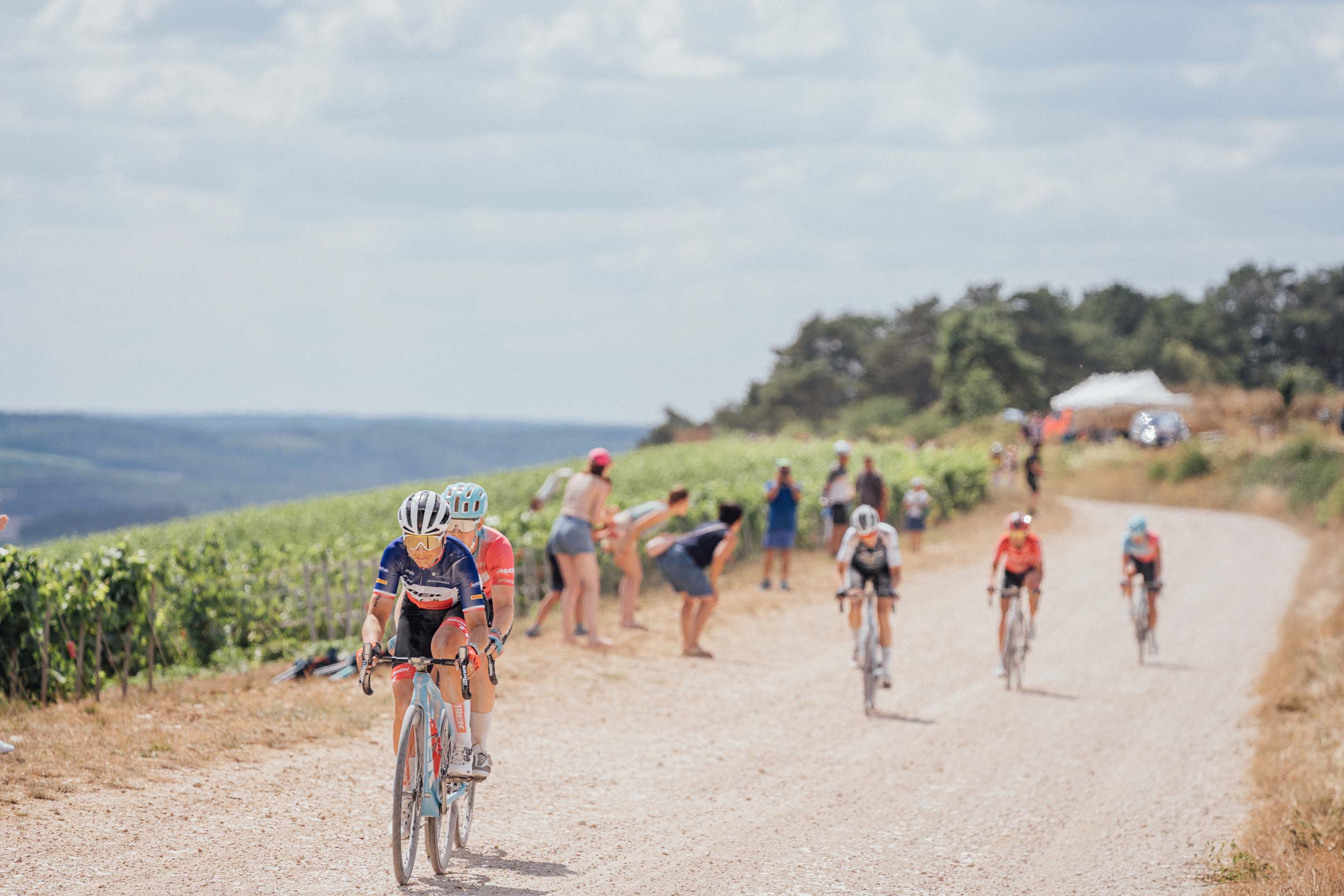