He may not be in the Tour de France any longer, but Caleb Ewan remains a favourite of Australian cycling fans. Find out how you can win a framed Lotto Soudal team jersey signed by the sprinter…

Caleb Ewan has crashed out of the Tour de France in dramatic style, and we wish him a speedy recovery from the injuries sustained in the finale of stage three. It’s a great shame for the rider, his team and for Australian cycling in general, as he is a force on the bike who has repeatedly demonstrated that he’s capable of winning stages of the biggest race in the world. 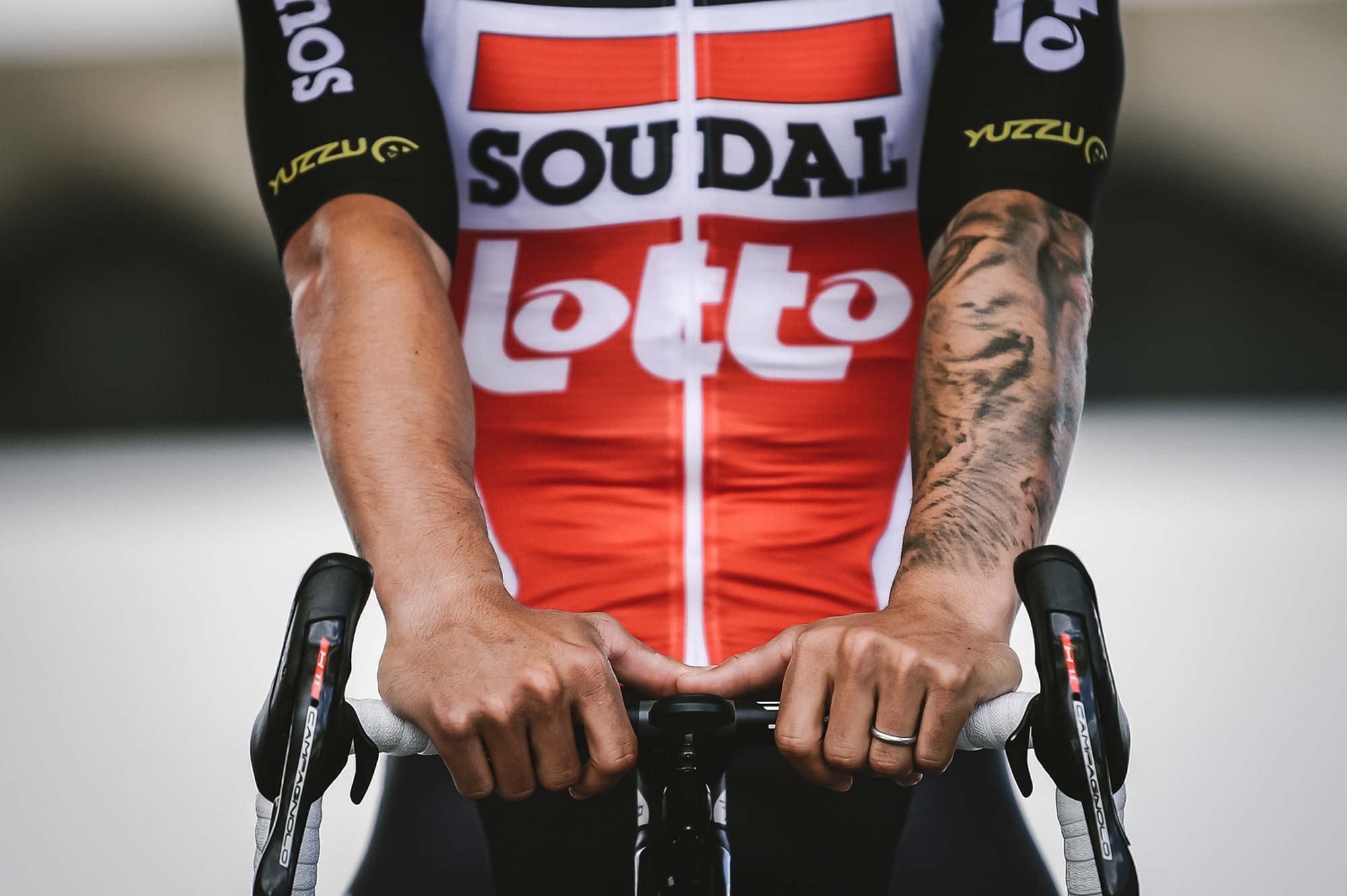 In the delayed Tour of 2020, Ewan was celebrating after the third stage, a winner early in the race. He won the sprint in Sisteron, beating his good friend and last year’s green jersey winner Sam Bennett.

In the 2021 Tour, he did make it to the finish of stage three… albeit in last place after lying injured on the ground on the left-hand side of the road just beyond the final turn of a hectic, crash-marred stage. He was 178th in Pontivy overnight… and then he went off in an ambulance to tend to a broken collarbone.

So ends his bid to win a stage in each of the three Grand Tours of 2021. He’ll never know if he could have achieved the objective he set himself early in the year. Alas, a touch of wheels is the reason.

By now you’ve probably seen the footage and watched him slide across the road after taking out seven-time green jersey winner, Peter Sagan. It’s not what anyone wants to see happen to any rider and, exaggerating the pain, it seemed highly likely that he’d have had the speed to challenge for the stage win.

Ewan will now have an operation on his collarbone, which he said was broken in four places, and then ready himself for a comeback later in the season.

He might be out of the race but that won’t diminish Caleb Ewan’s popularity. He is the favourite of many cycling fans and a signed Lotto Soudal jersey would hold pride of place in households around the land. So, put yourself in the draw for this great prize offered by Soudal’s Australian agent, Apollo GPI.

If you want to find out more about his team title sponsor, Soudal, have a look at this unboxing of the Soudal ‘Bike Bucket’, which includes some of the range of lubricants, degreasers and bike cleaners from the Belgian brand.