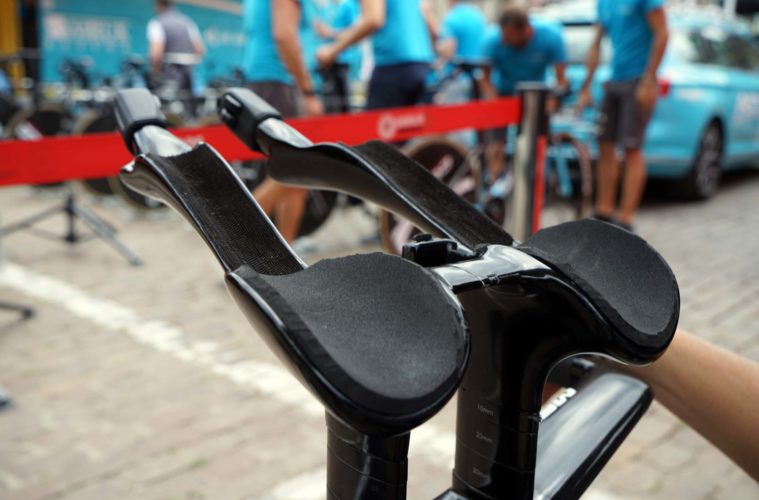 Following the strange events in stage 12, when TT world champion Rohan Dennis abandoned the Tour, here is a story about product development that is taking place at Bahrain-Merida…*

After almost a decade working for Team Sky, Filip Tisma made a switch for the 2019 season. He’s now the head mechanic at Bahrain-Merida. In Brussels on the first Sunday of the Tour de France, he took a moment to explain the contrasting approach to equipment development of two of the team’s star riders.

“Rohan Dennis,” he says of the reigning world TT champion (who stepped off his bike at the 80km mark of the 12th stage, without explanation), “is very equipment conscious. He pushes me and the rest of the team quite hard to get things exactly how he wants them – and this is a good thing for the team.”

The attitude of the outspoken Australian is appreciated by Tisma, and the Slovenian admits that Dennis’ pedantic nature is helping to change old habits. And he’s in a hurry to do so.

“He drives everything faster than how things usually happen in this kind of development.”

Tisma had the responsibility of matching the team’s new recruit for 2019 to a new brand of bike. It’s a challenge to meet every demand but the mechanic enjoys the process “because it pushes everybody to do their best”.

Dennis has held the hour record, set the fastest average speed of a Tour de France time trial, and won a world title. He must be doing something right. But that doesn’t mean he’s always happy with his bike. More can always be done to improve it, according to Tisma.

“We started by trying to match the position he had on his BMC bike from last year but it actually took us quite a while to get everything right.”

*NOTE: this article was prepared on the day of the TTT in Brussels but never published. Given the circumstances behind Rohan Dennis’ DNF in stage 12, the decision was made to share some of the insights offered by Filip Tisma. RIDE Media would like to express its sincere appreciation to the team mechanic for his honest commentary. 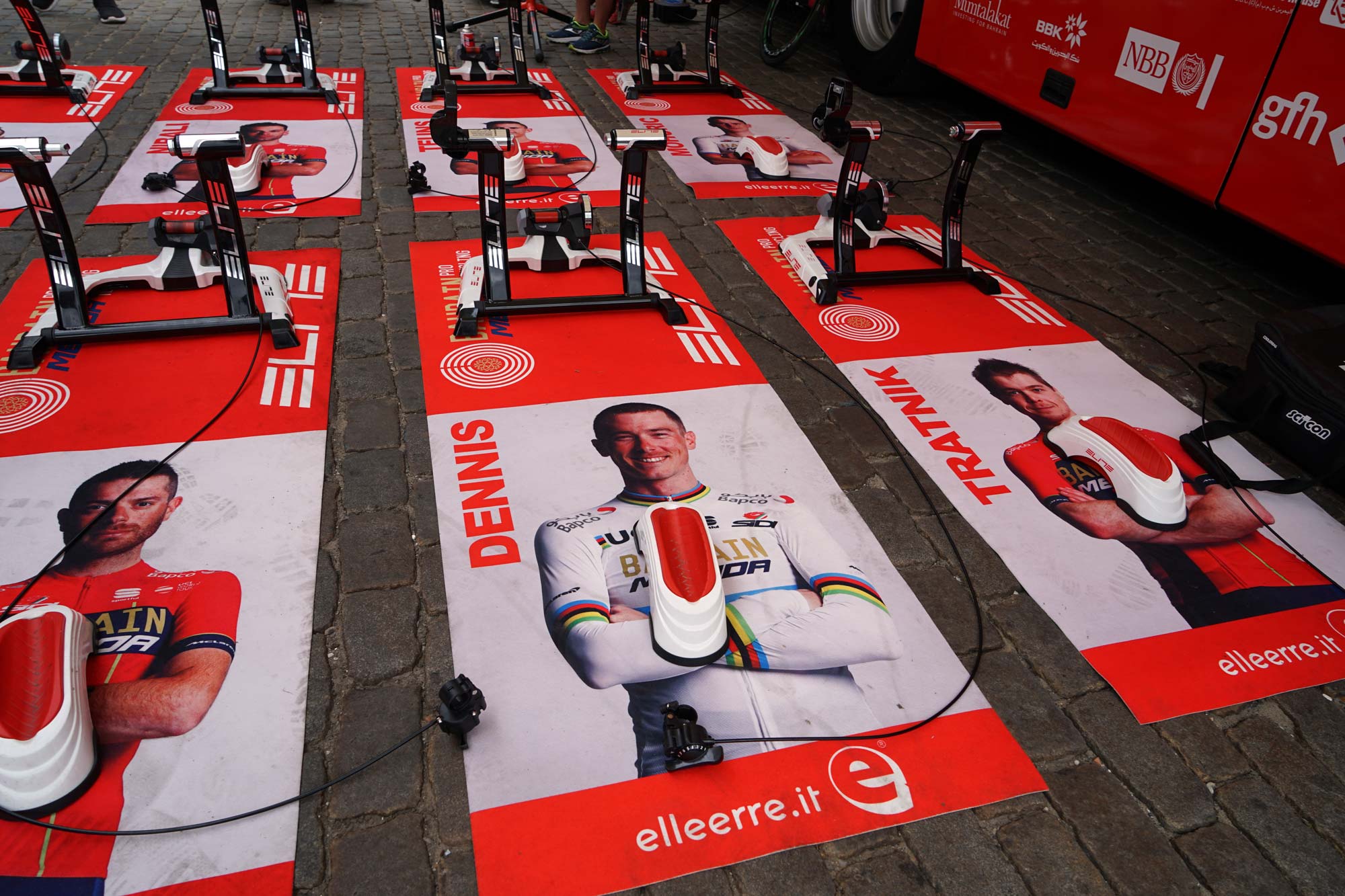 It’s early days in the rider/mechanic relationship and, before the Tour, it was clear that both were looking forward to pushing the envelope further in the coming months as the team’s association with McLaren grows.

There has been a modicum of product development before the Tour and although Dennis and Tisma are looking forward to exploiting McLaren’s know-how, there are limitation on what can be done because of an existing agreement which is due to expire in the coming months.

“We’ve done a lot of testing on helmets, skin suits, shoe covers, tires… a bit of position stuff but that was more about trying to replicate what I’ve had in previous years,” said Dennis when asked to list some of the changes since McLaren got involved.

“At the moment, nothing has moved forward yet,” Dennis summarised on 4 July during the team’s pre-race press conference, looking as though he could explain more. Still, he held his tongue and simply added: “You’ll see more later this season and next year.” 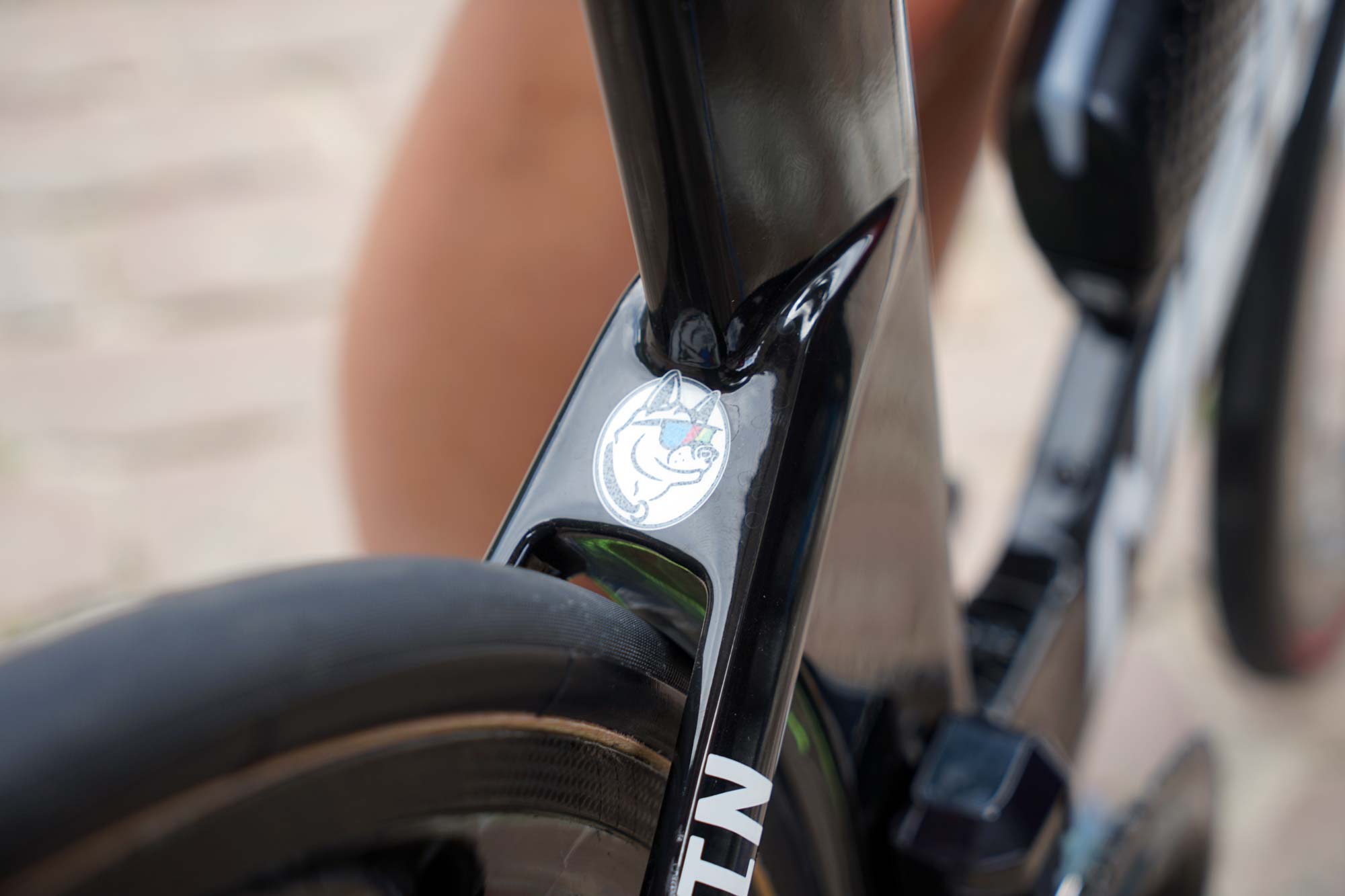 In the TTT of stage two, Bahrain-Merida conceded 36 seconds to Jumbo-Visma, finishing ninth in Brussels – and doing so on the same frame as the team raced 2018. “But,” says Tisma, “we upgraded the handlebars on a couple of the bikes”.

Aside from that, Tisma didn’t reveal too much about the tweaks made at the Bahrain-registered team that has had a strong Italian heritage.

“We had custom bars made for Vincenzo and Rohan,” he confirmed. “We upgraded some tyre choices from last year – they are still Continental, but there are certain tyres that are faster aerodynamically than others. We found that in the wind tunnel, so we swapped all the tires.”

Then, offering a grab from his former employer, he added: “The small details matter, the marginal gains.” 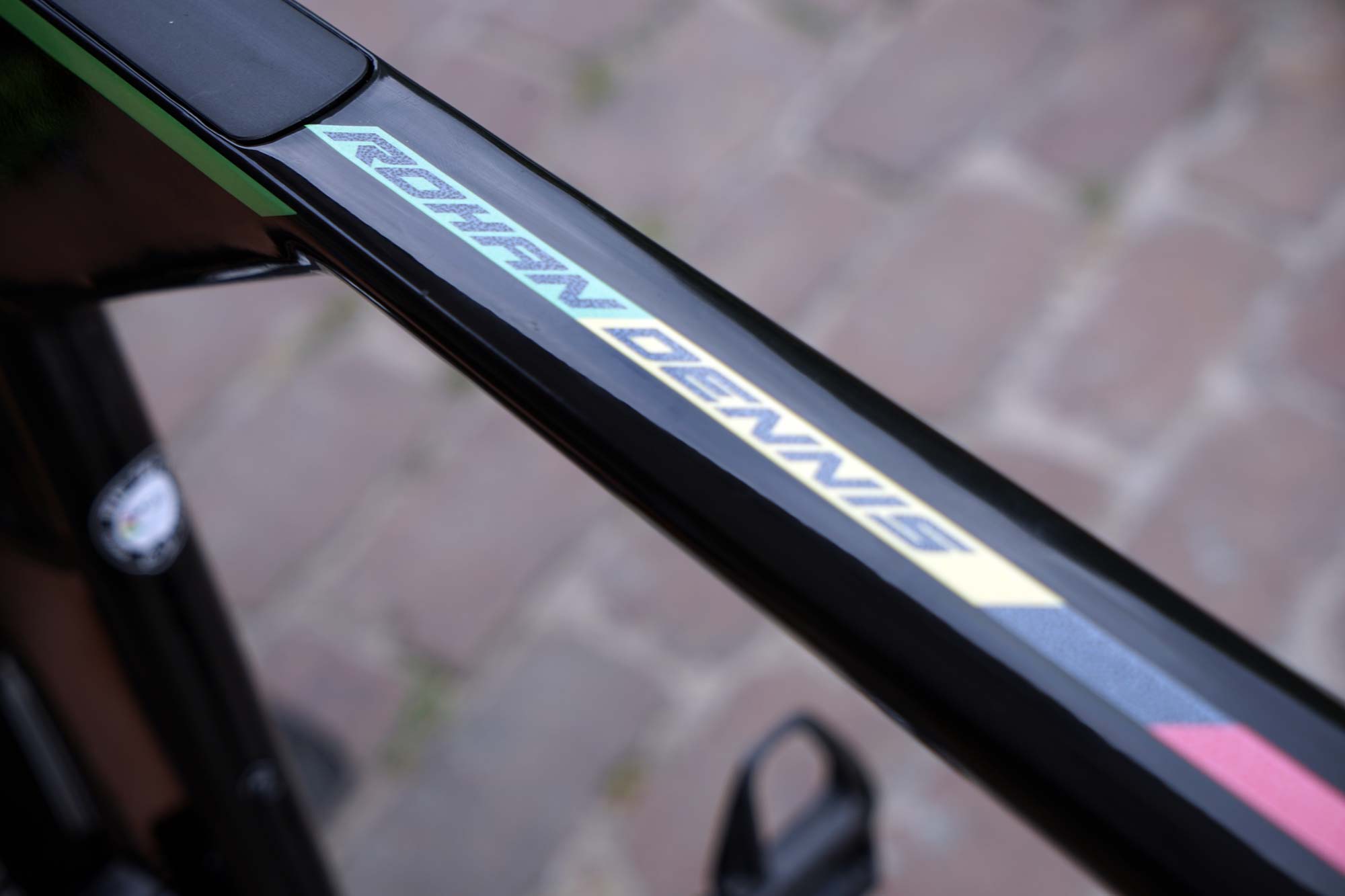 The TT bike that never got to see any action in Pau.

Tisma was approached by Bahrain-Merida for its inaugural season but he resisted.

“I’m friends with the team boss and he approached me three years ago when this team started. I was a little bit reluctant because I fitted well with Sky; I’d been there since the beginning, so it was always going to be a difficult choice to make, to leave. But then, once McLaren came on board, he called again and said, ‘Do you want to come now?’ And I said, ‘Hell yeah!’

“I have been lucky that David Bailey from BMC also came on board. We share a similar view on things so it’s easier for us to sell it to management – ‘Look, this is what we want to do…’ And they respond well.” 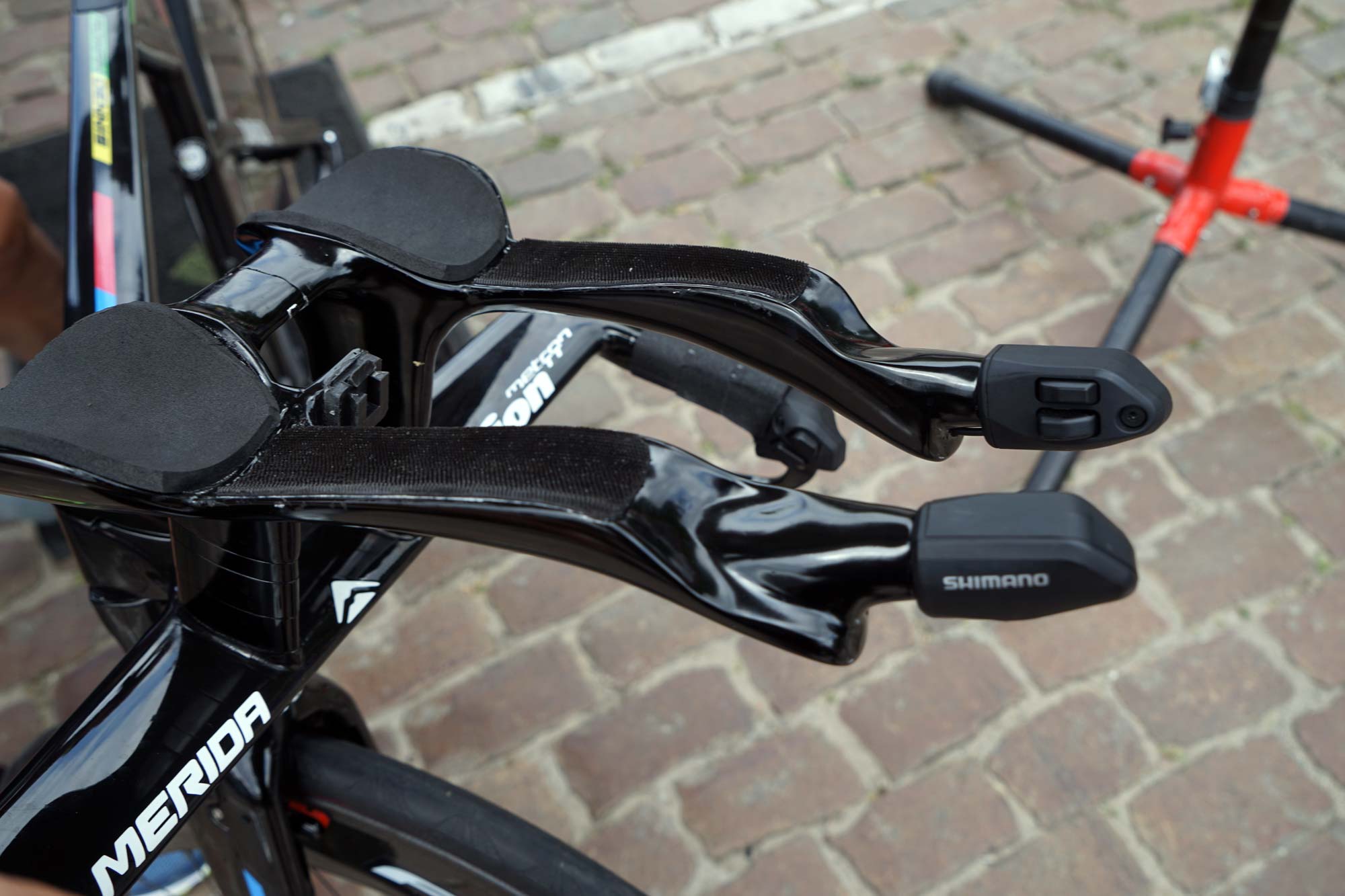 “It was run like a traditional Italian team at the beginning,” Tisma says, quickly adding: “That’ll soon change”.

Bahrain-Merida will take “a more high-tech approach”. McLaren will help make a difference and so too Dennis’ adamant nature. “He is one of those guys who would insist on getting things exactly the way he wants it.

“Once you tell him something is doable, he’s adamant: ‘You better f—ing do it!’”

Tisma laughs about the urgency Dennis imposes on the mechanics. “It’s good to know how much he values our work.” 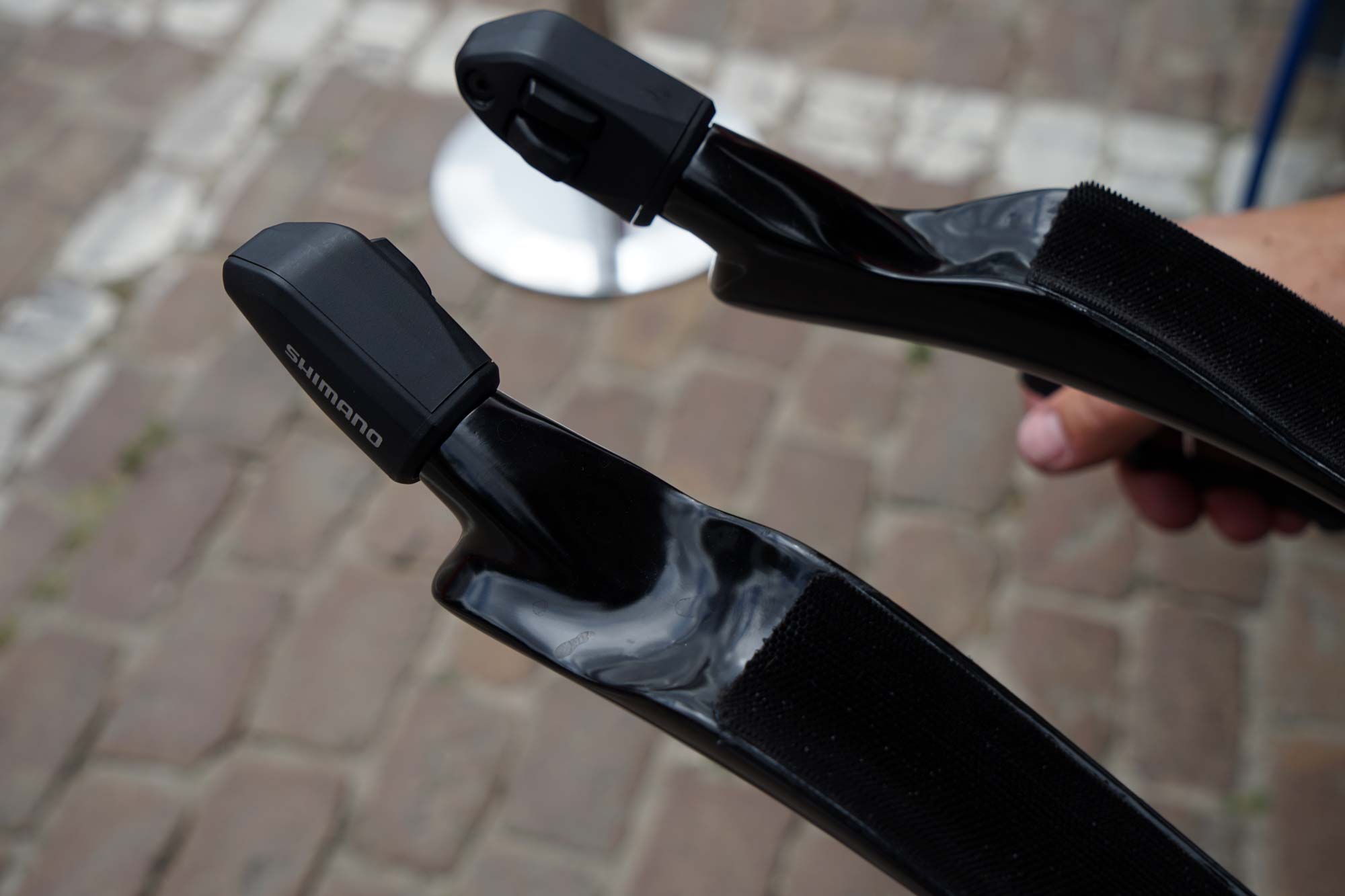 Dennis is willing to experiment to save watts and go faster. Nibali, however, is the total opposite, but the influence of the Australian is rubbing off on the Sicilian.

“Vincenzo is, in some ways, very traditional. On the other hand, when he listens to discussions with Rohan and the others, he absorbs all the information. So, eventually he asks questions about changing equipment.”

This comment comes after I ask why Nibali seems to be the only rider in the WorldTour peloton still racing with 44cm wide handlebars. Tisma smiles and replies: “It’s actually now 42cm on the hoods… the handlebar is offset so the drops of the handlebars is wider than the hoods.”

In a way my visual assessment is correct: 42cm at the hoods, 44cm in the drops. By why? Has the 2014 Tour champion explained to his mechanic why he wants the wide bars?

“He just said, ‘I’ve always had this.’ That’s all. It was one of those things he never thought about.” He started racing with wide bars. And he continues to do so. 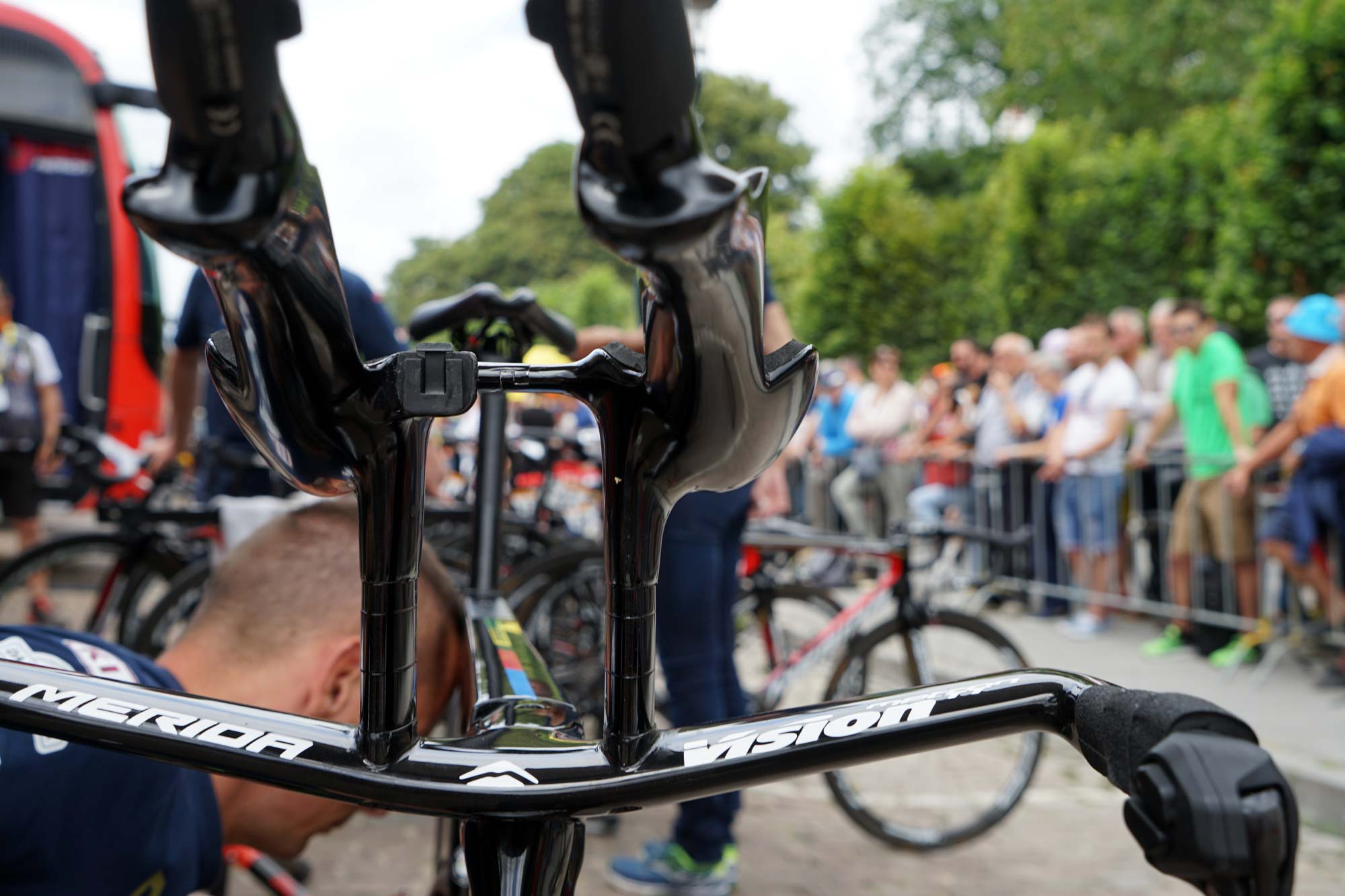 View from the front.

Dennis and Tisma know how important it is to save as many watts as possible, but Nibali just likes his bikes to be how they’ve always been. But the attitude is changing and the mechanic says he is adding pressure on the team leader to consider his options. Apparently ‘The Shark’ is starting to listen.

“You need to turn every stone over if you want to win these days,” says Tisma. “You need to look at every element to get some extra benefits.

“One thing that he did change from last year is that, for all the flat stages he now uses an aero bike. He did not do that last year.

“I’d just say to him, ‘Look, you need to use this bike because you’ll save so much energy on the flat stages. I’d be stupid not to use it.’”

Tisma is happy to have switched teams and he’s looking forward to seeing what will come of the McLaren relationship. There’s plenty of scope and a willingness to experiment in the quest to save some watts here or there.

“We’re not complacent like the team might have been before. We’re really looking at all the advantages that can be gained from all the elements associated with time trialling: the skin suit, shoes, frame, wheels, tyres… we’re looking at the full package.

“Obviously there’s always going to be limitations depending on the sponsor you are associated with. Luckily, we are associated with very proactive companies and they have gone out of their way to accommodate our requests. Hopefully we can continue this way.” 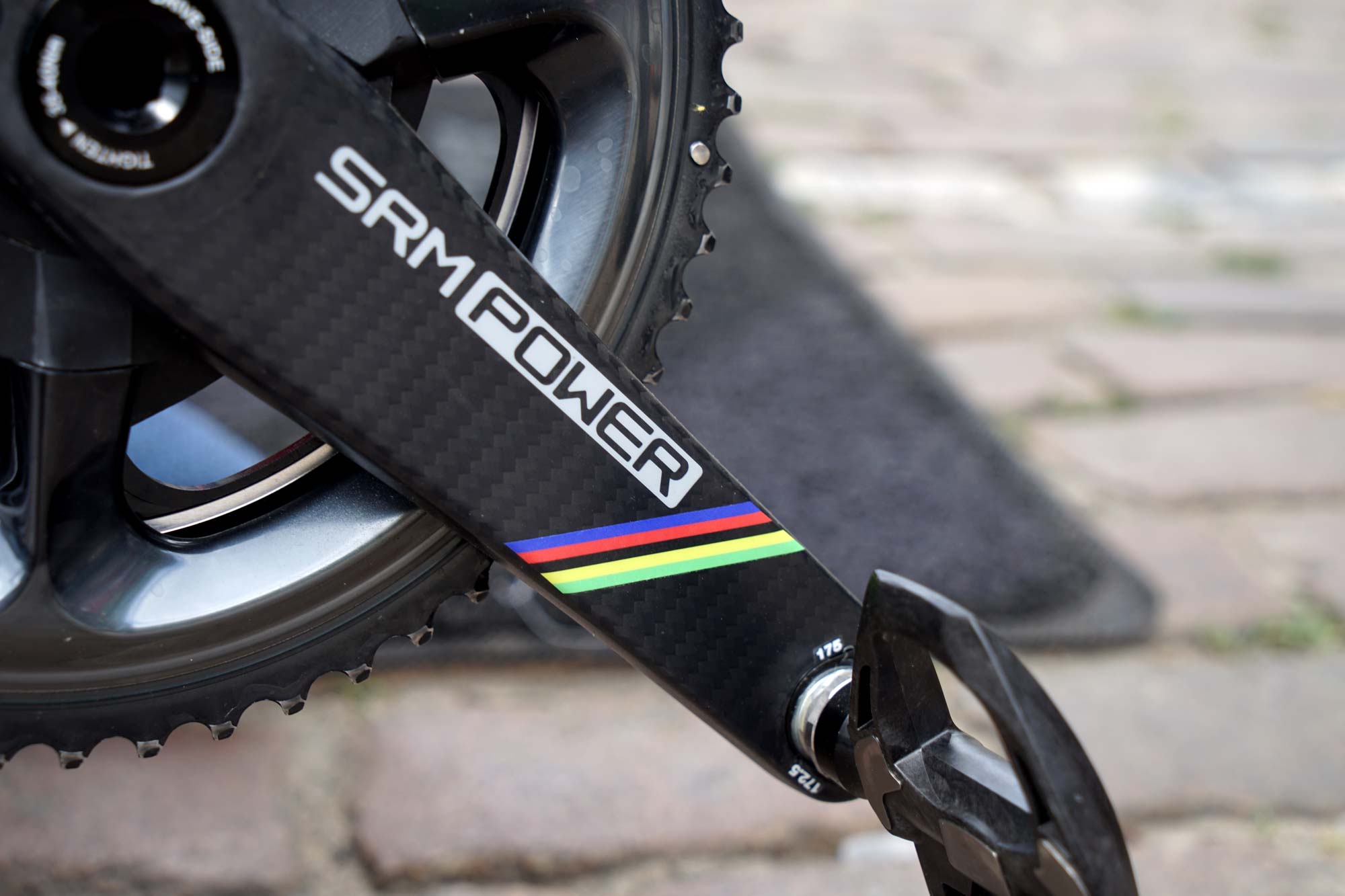