There are over 100 posts in the #BikeGalleryByRIDE series on Instagram. One of the most popular bikes is the green jersey special-edition Cannondale SuperSix Evo raced by Peter Sagan on the final day of the 2012 Tour de France… 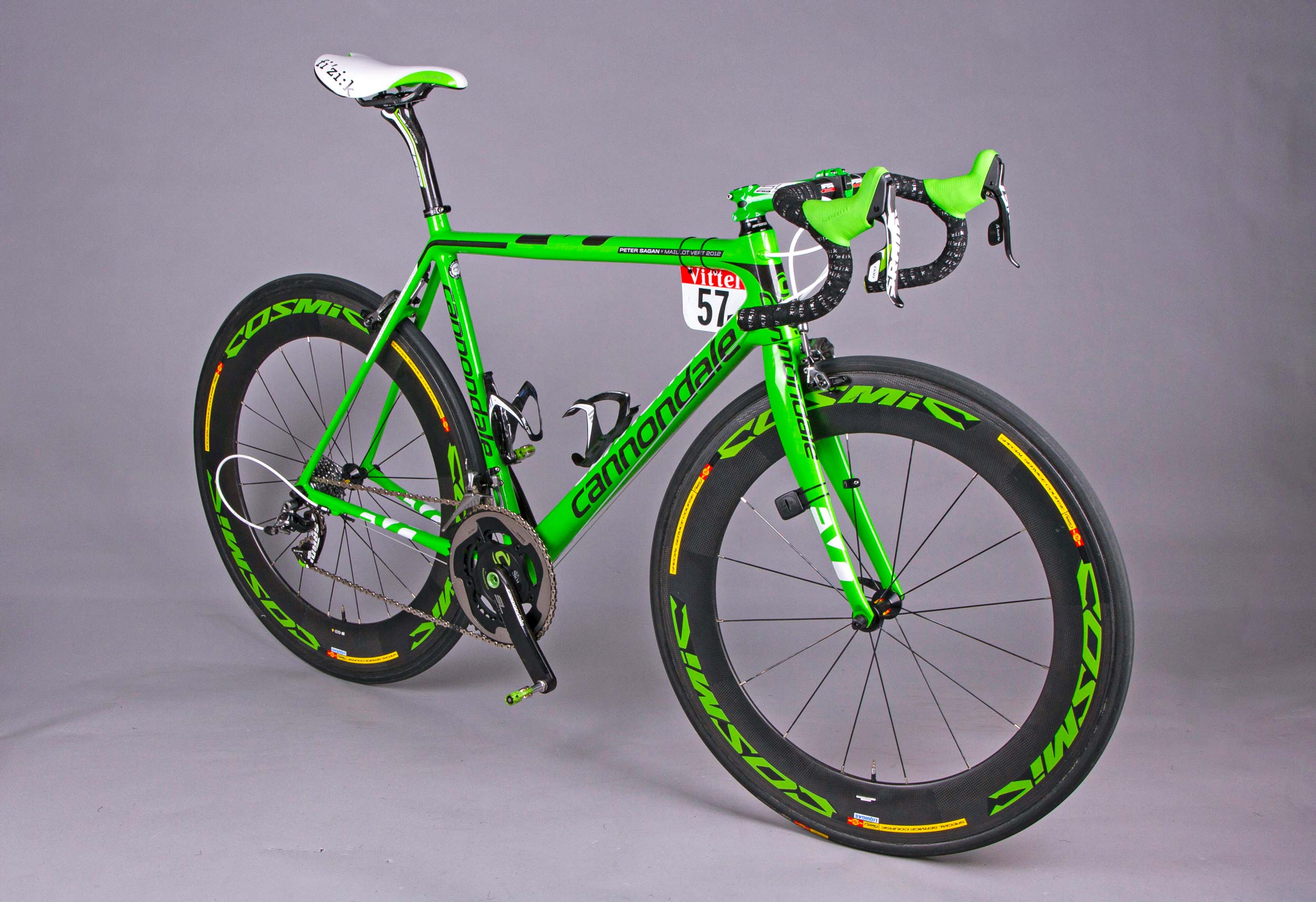 RIDE Media briefly borrowed the bike that Peter Sagan rode onto the Champs-Elysées on the final day of the Tour de France in 2012 (claiming the first of his seven points classification wins and matching green jersey).

The Cannondale SuperSix Evo was in Sydney towards the end of 2012 and was displayed a tradeshow. We nabbed it for an impromptu once-over and photo session. 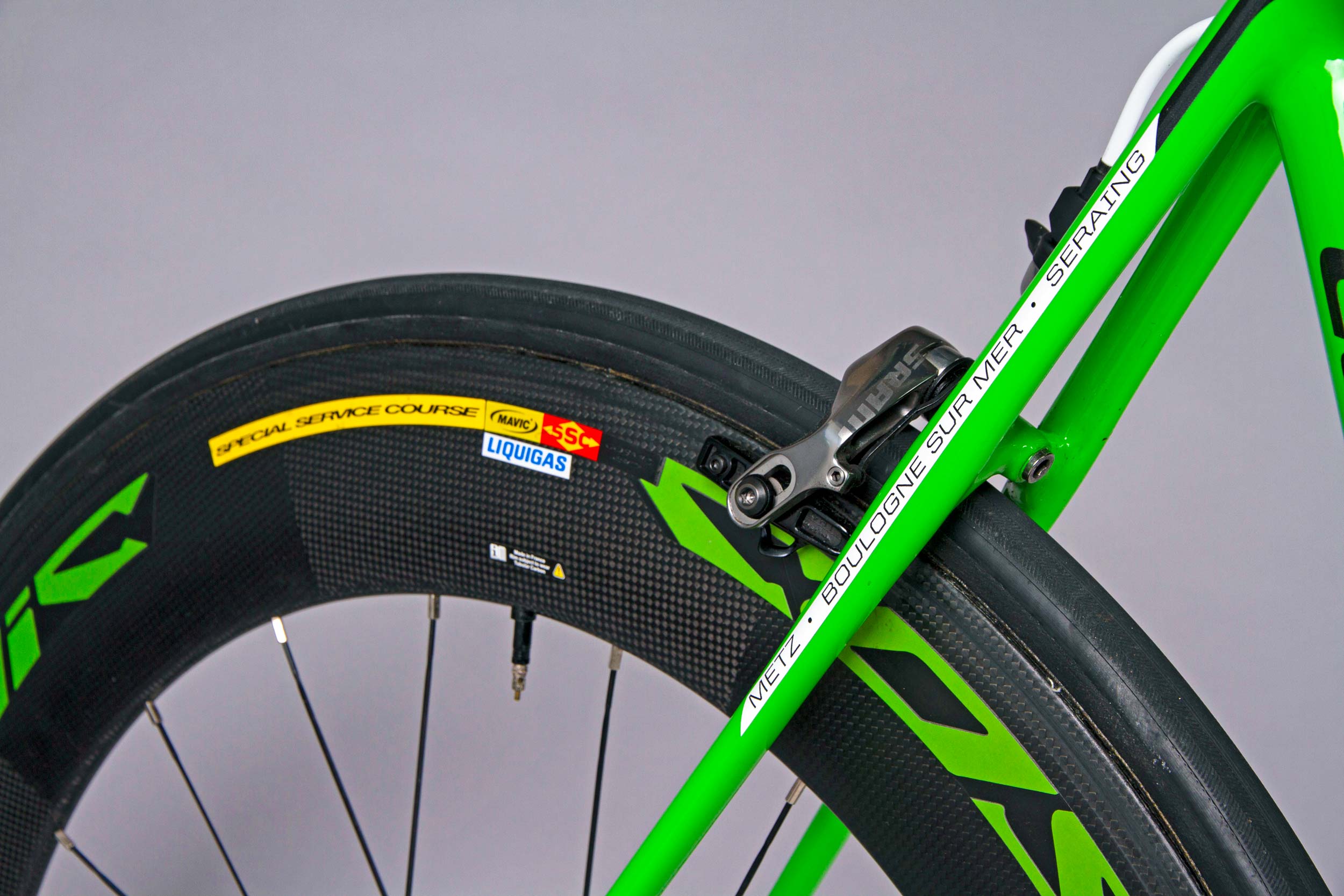 Along with the obvious commemorative green point, the seatstays of Sagan’s bike feature the site names of his three 2012 Tour de France stage victories (Seraing, Boulogne-sur-Mer and Metz).

Another Sagan-only feature is the extra-long top tube, which gains 3.5cm by our measure, compared to a standard size 54cm frame.

The weight of the complete bike (7.6kg) shouldn’t surprise anyone… in 2012 that was roughly the weight of most race-ready pro team bikes. 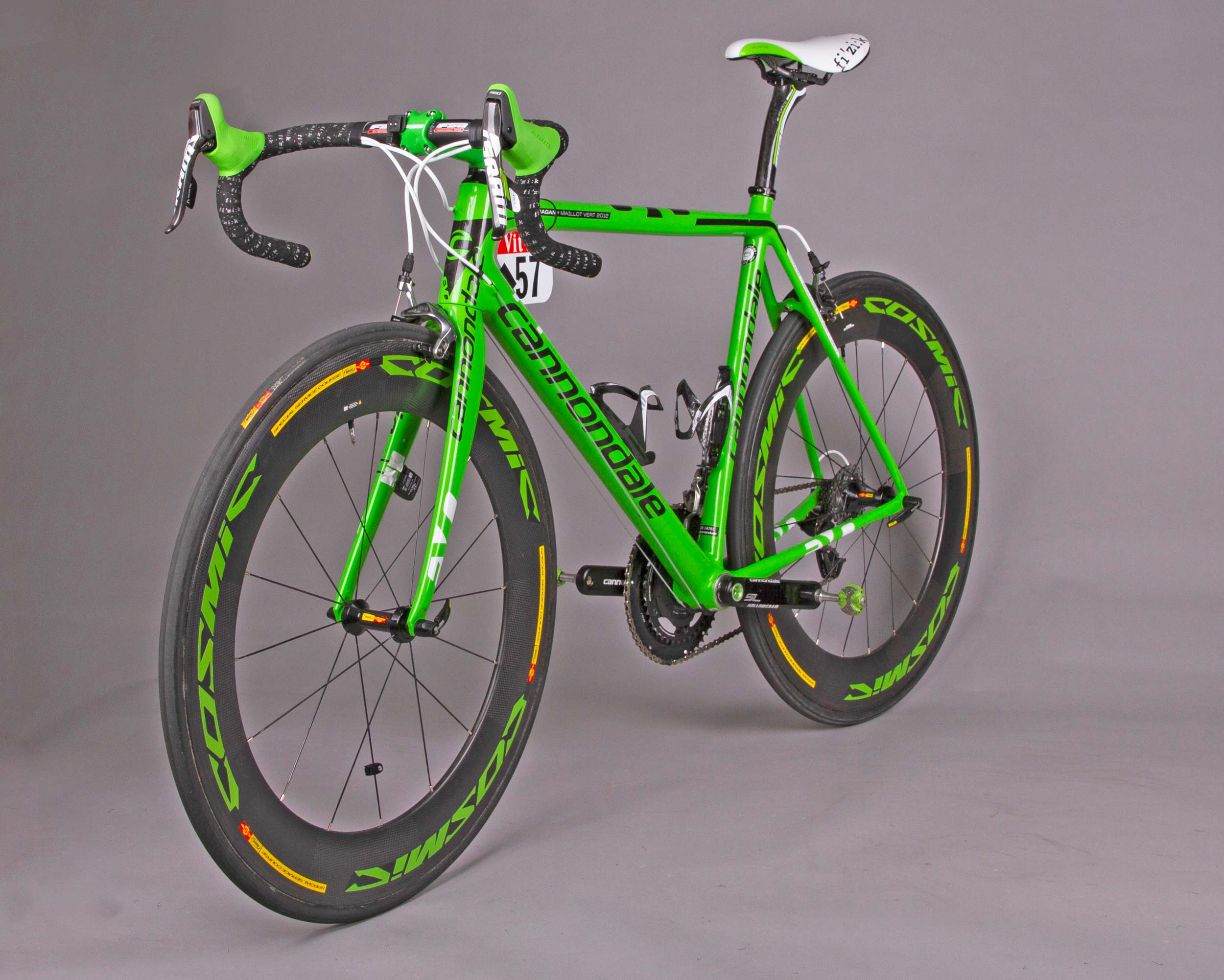 Other than the SRM power meter-equipped Hollowgram cranks, a full SRAM 2012 Red groupset is used, including the system’s much-improved chainrings and ‘Yaw’ front derailleur. 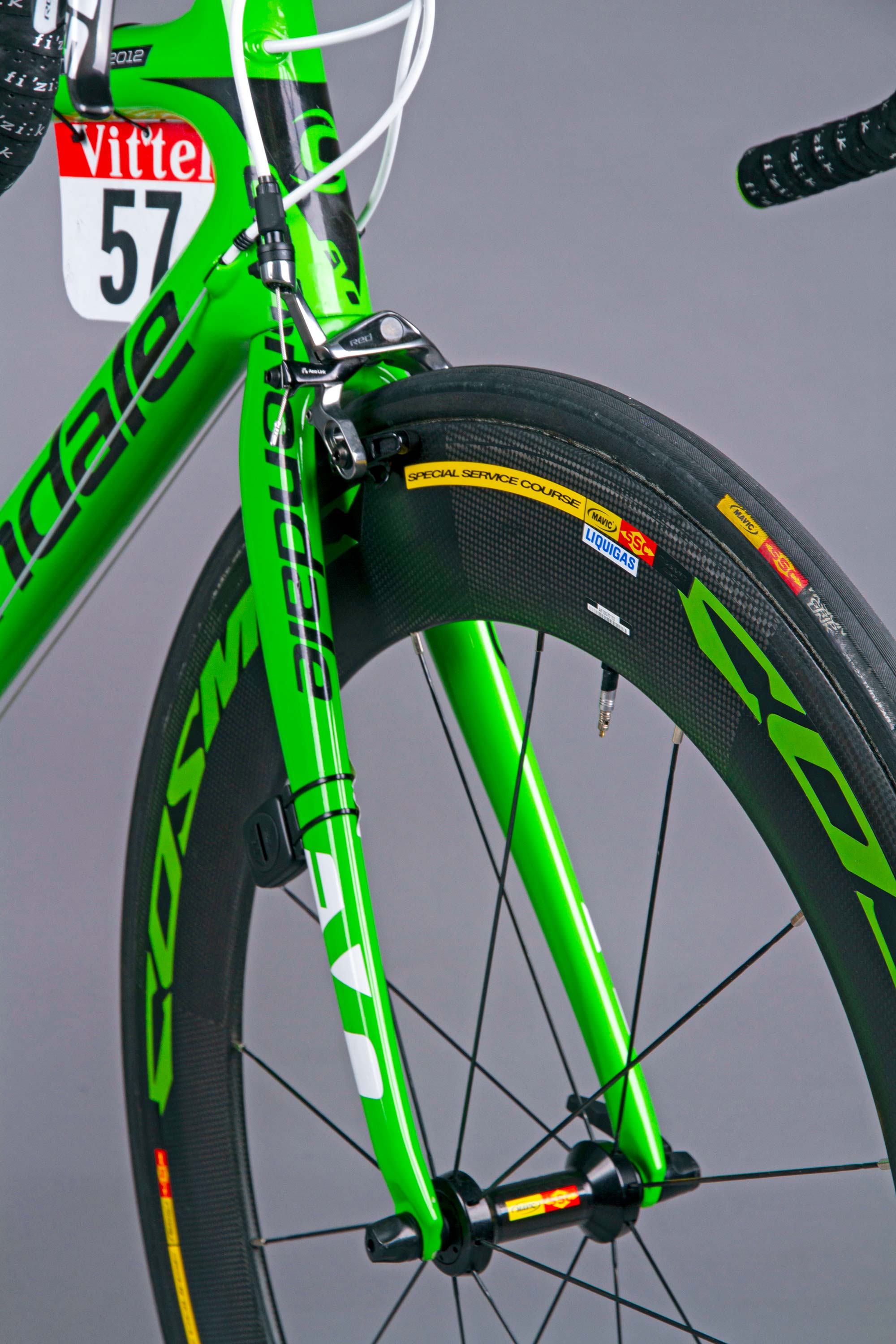 At the time, Mavic’s soon-to-be-released CXR80 wheelset was Sagan’s wheel choice. The wide body of the custom-coloured 80mm deep rim design was developed together with Mavic’s own tyres to improve aerodynamics, something that is now becoming more prevalent in wheel and tyre innovations.

The Liquigas team’s sponsor, FSA, supplied the handlebars, stem and seatpost. The alloy ‘Energy’ handlebar was one of the cheapest in its range, and it has the traditional bend so many pro riders seem to love. 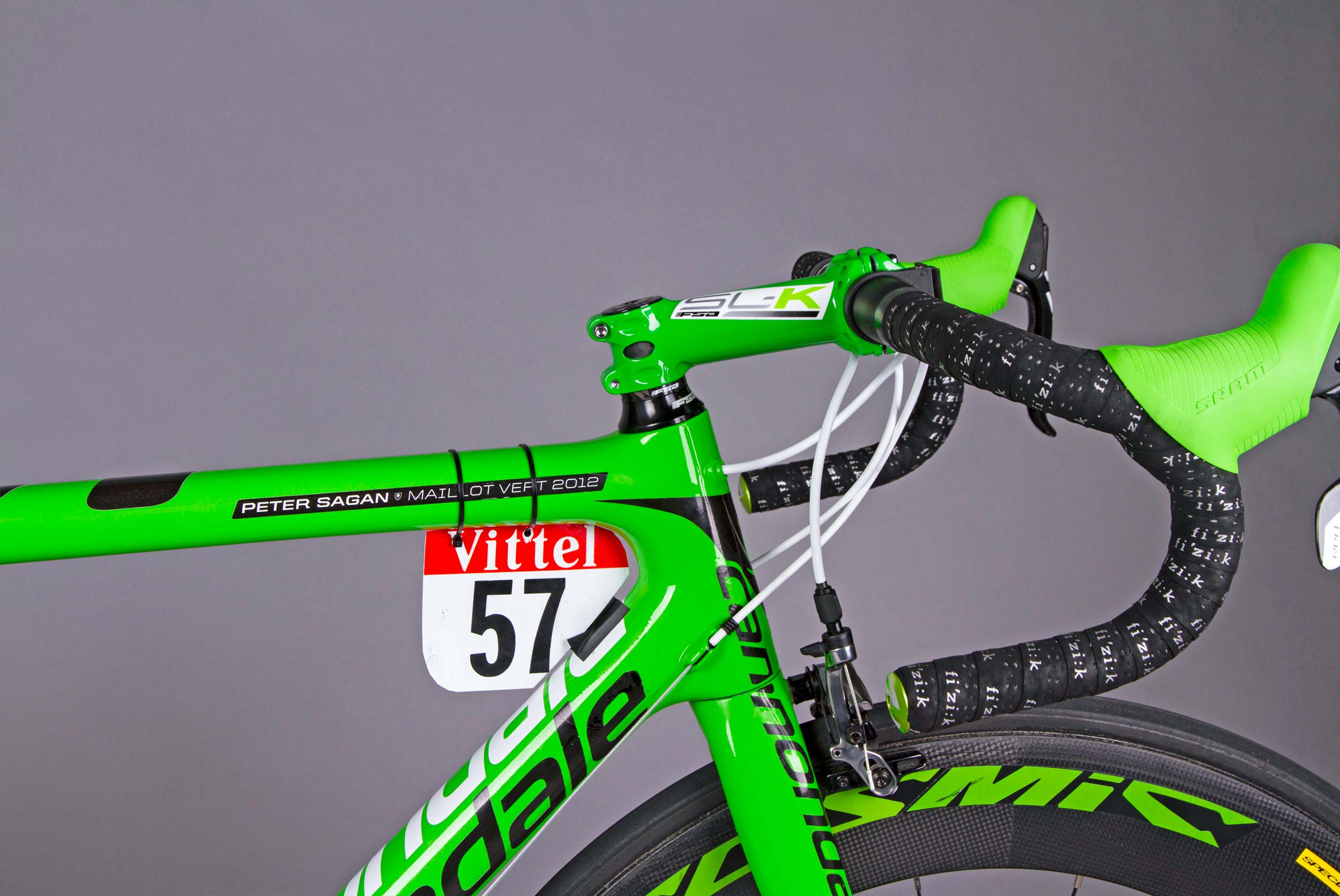 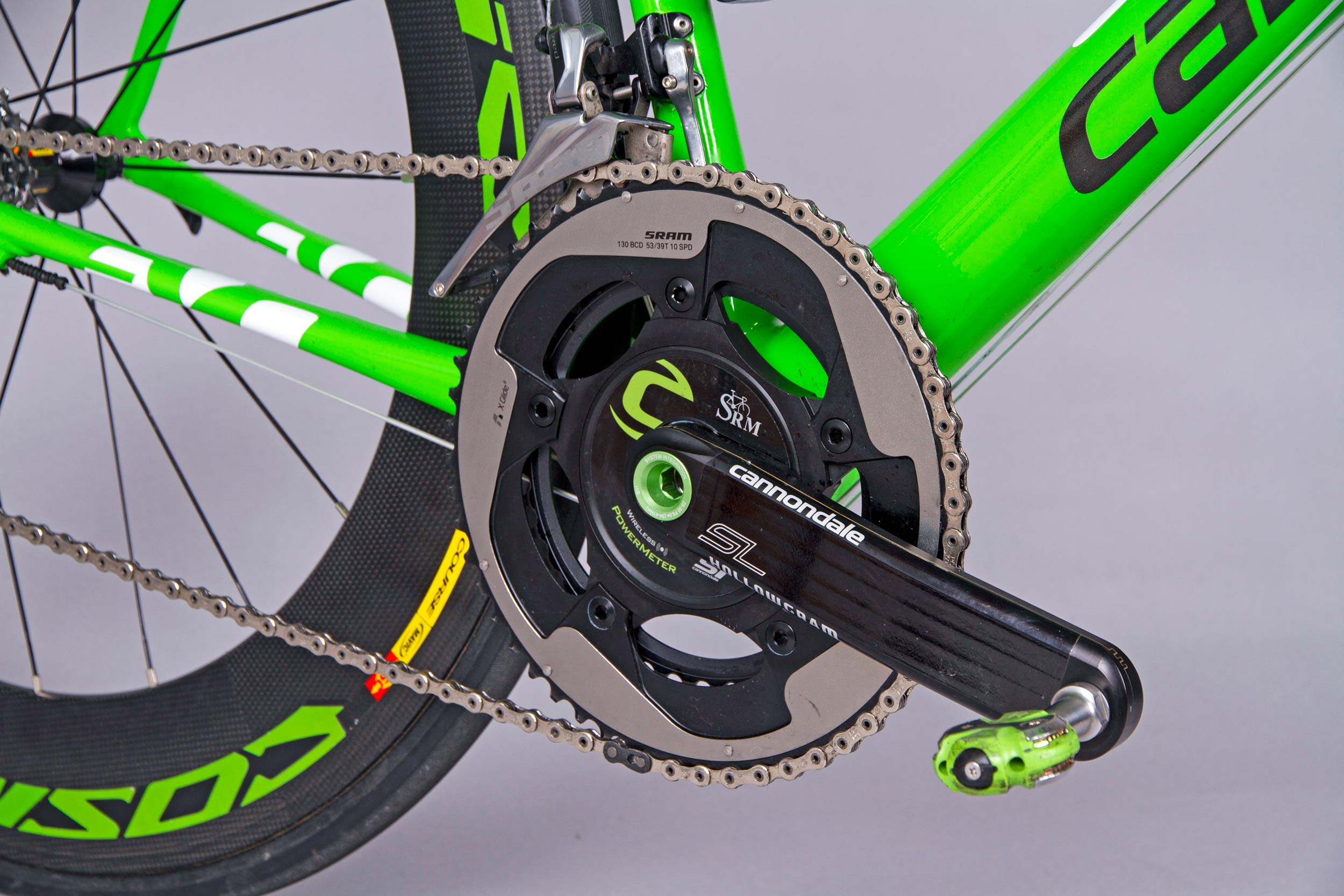 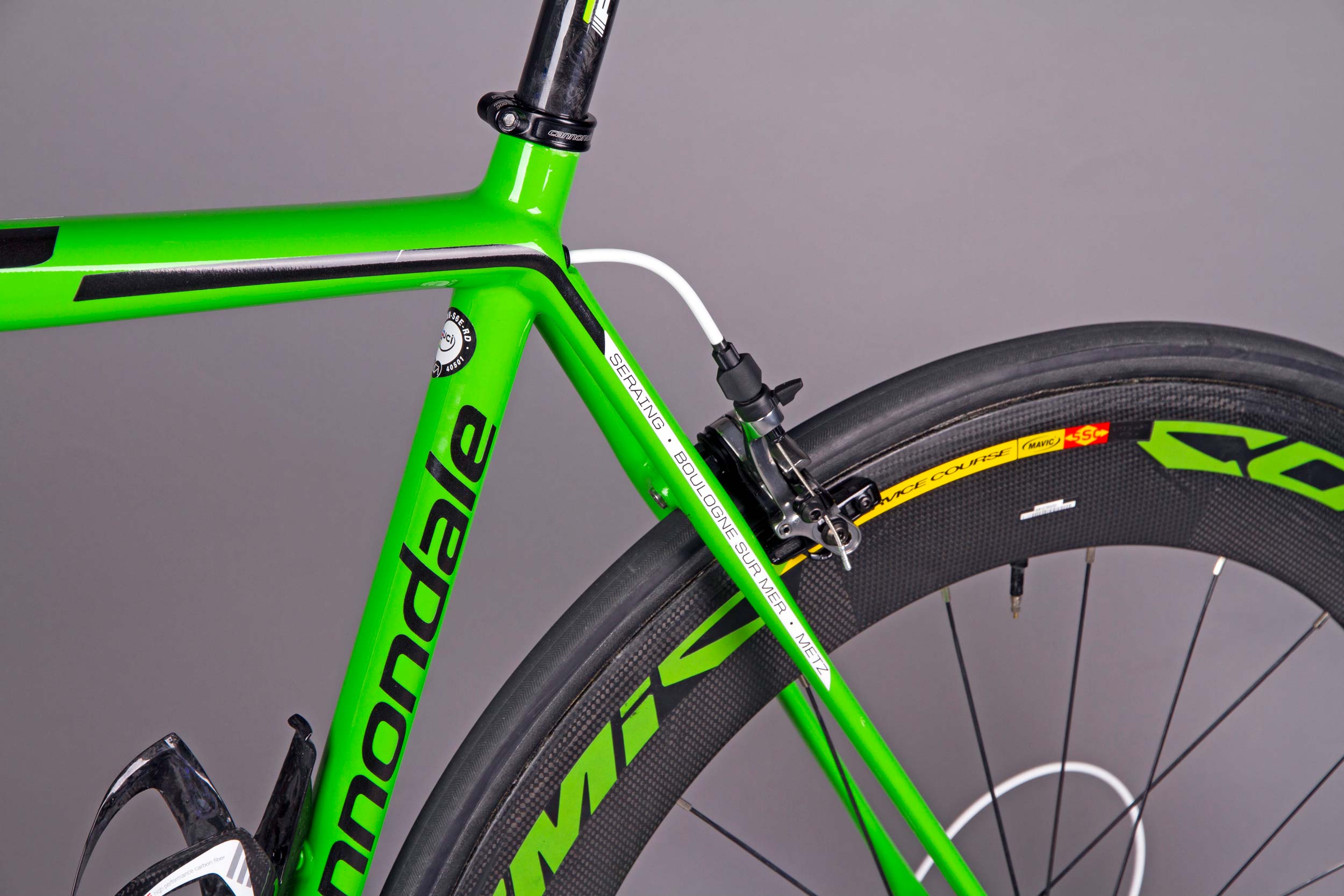 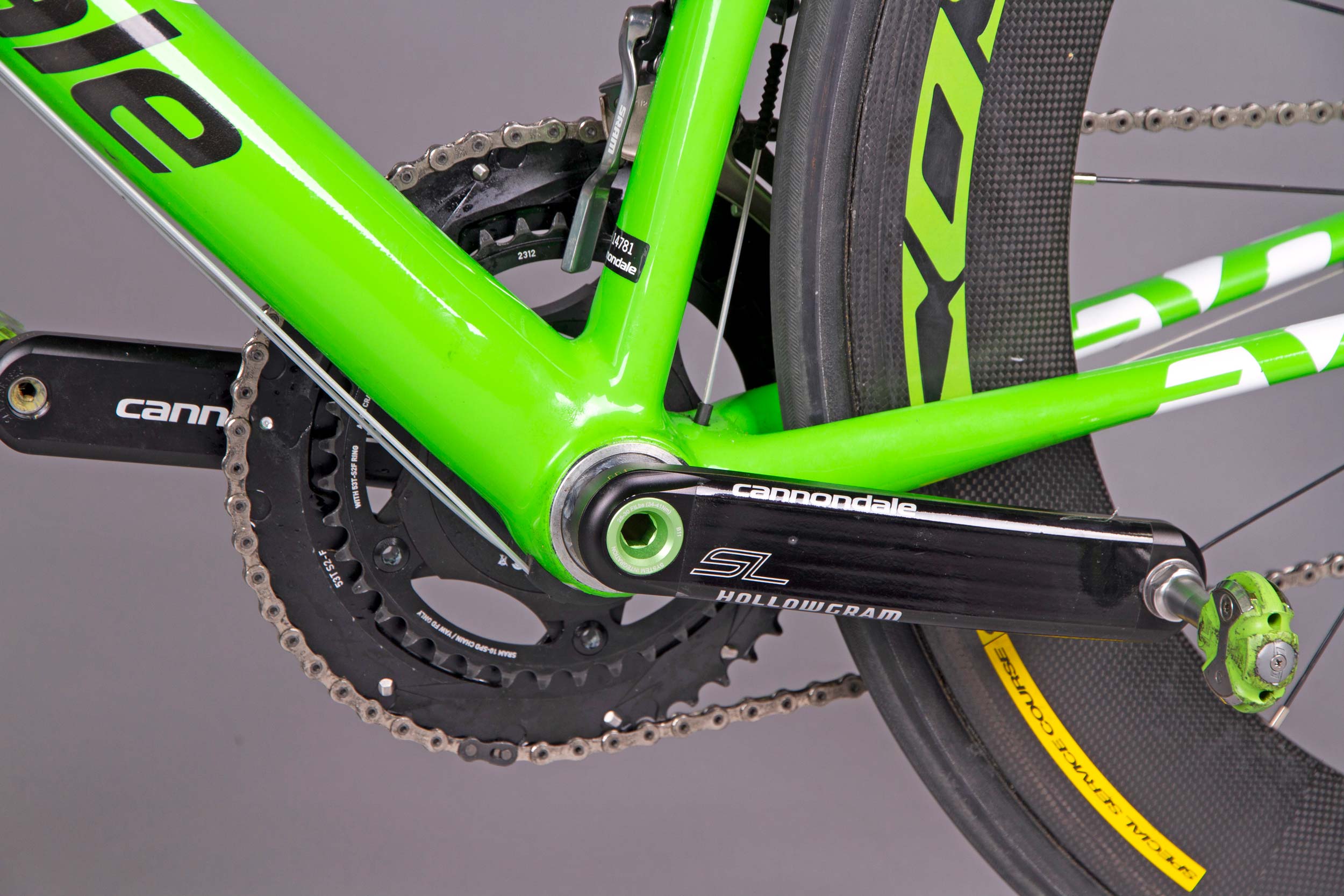 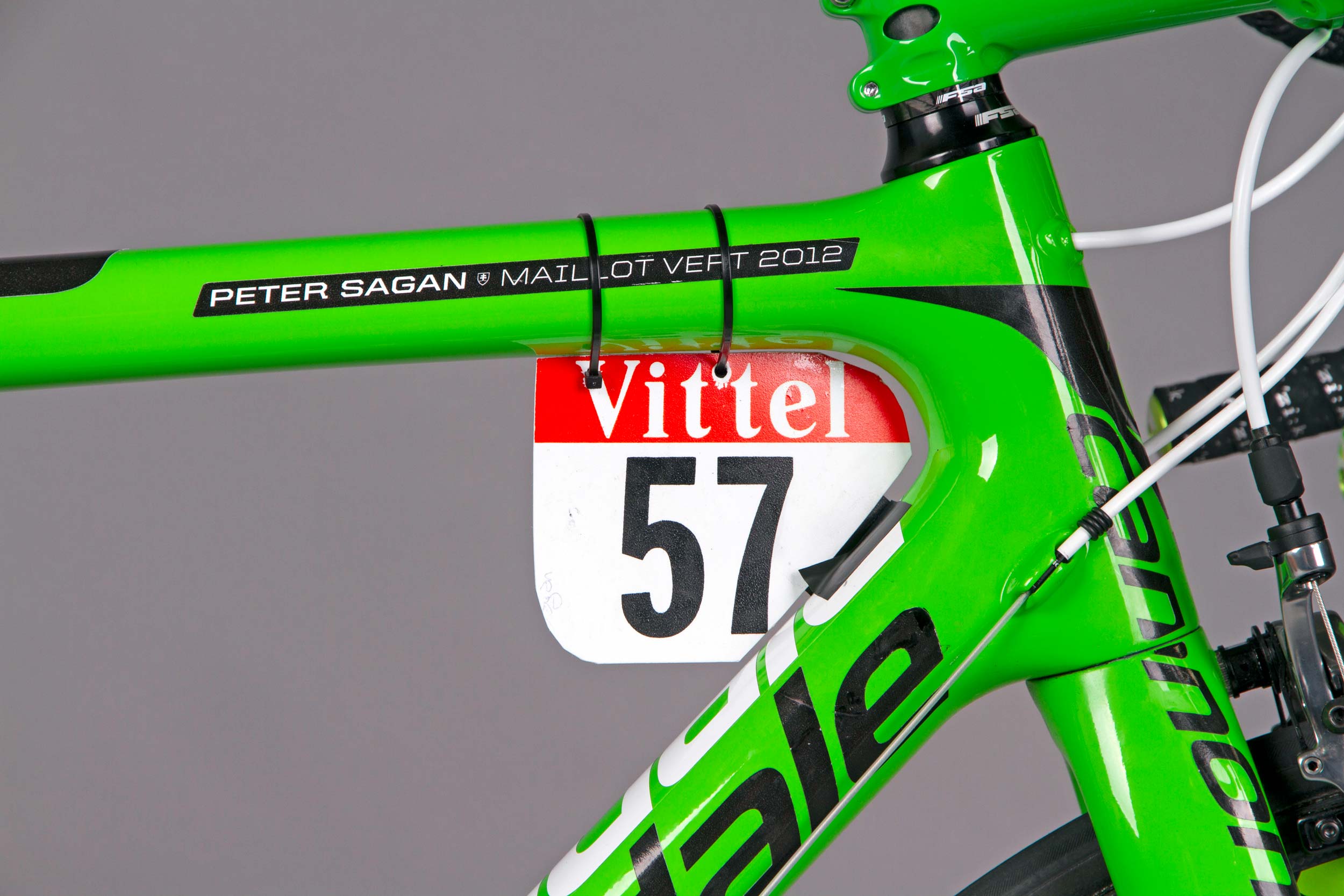