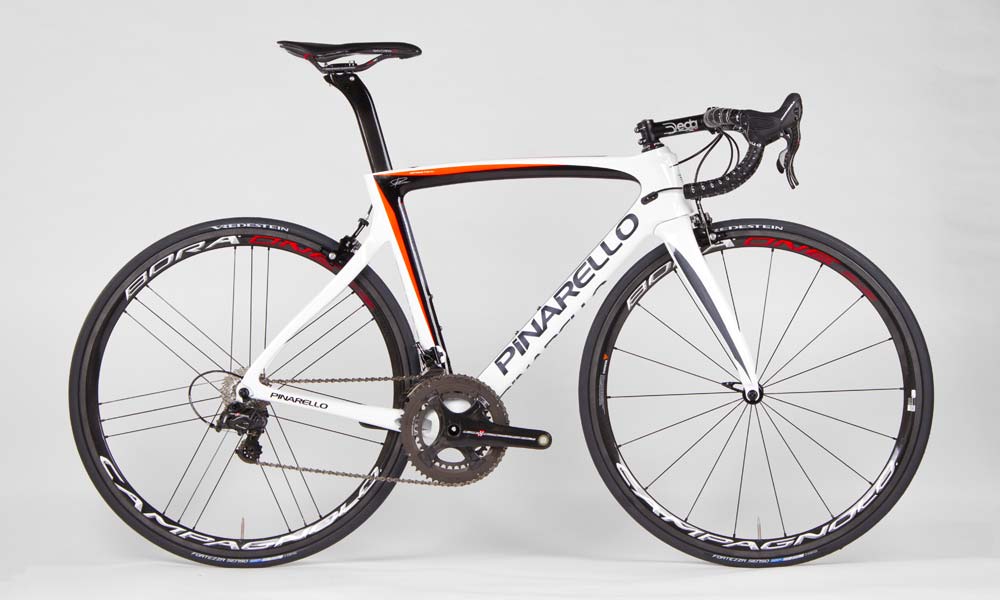 This brand with plenty of heritage continues to reinvent itself. The Dogma F8 was another innovative creation released in 2015. Read the review of this Pinarello as it appeared in our magazine…

“Anyone who has observed cycling in the last 25 years or more would recognise the strong influence of Pinarello on the race scene. In certain areas of Australia, it is also clear that this investment in marketing (and R&D with some of the most prolific performers in professional cycling) has paid off: despite the cost, there are plenty being ridden in bunches around our fair land.

“Not everyone will notice the benefits Pinarello claims it has gained by being able to use Jaguar’s CFD facility during the design process of the F8.

“And it’s wrong to suggest that, just because this frame uses conventional calipers (in this instance, Campagnolo Super Record, dual pivot front and rear) that the frame doesn’t feature integrated braking. Asymmetric frames aren’t new to Pinarello but the wind tunnel testing by Jaguar resulted in additional off-centre tweaks, including one at the rear brake bridge “to guide airflow cleanly around the brake caliper”. This quote is, of course, from the press release. How would I know if air rushed over the rear better than the Dogma 65.1 used by Wiggo and Froomey to win the Tours de France of 2012 and 2013?”

Not happy with a standard seat collar, the Dogma employs a wedge to secure the seatpost with two 2.5mm grub screws tightened through the rear of the seat tube. These screws are only tightened to 4Nm which is significantly less than ‘standard’ (5Nm for carbon posts) but it has a coarse edge which contacts the seatpost and should prevent it from slipping.

It is the little things which make big differences when riding a premium bike and this is a prime example of where Pinarello has considered the bike’s long-term use.

– Read the review as it appeared in the magazine. – 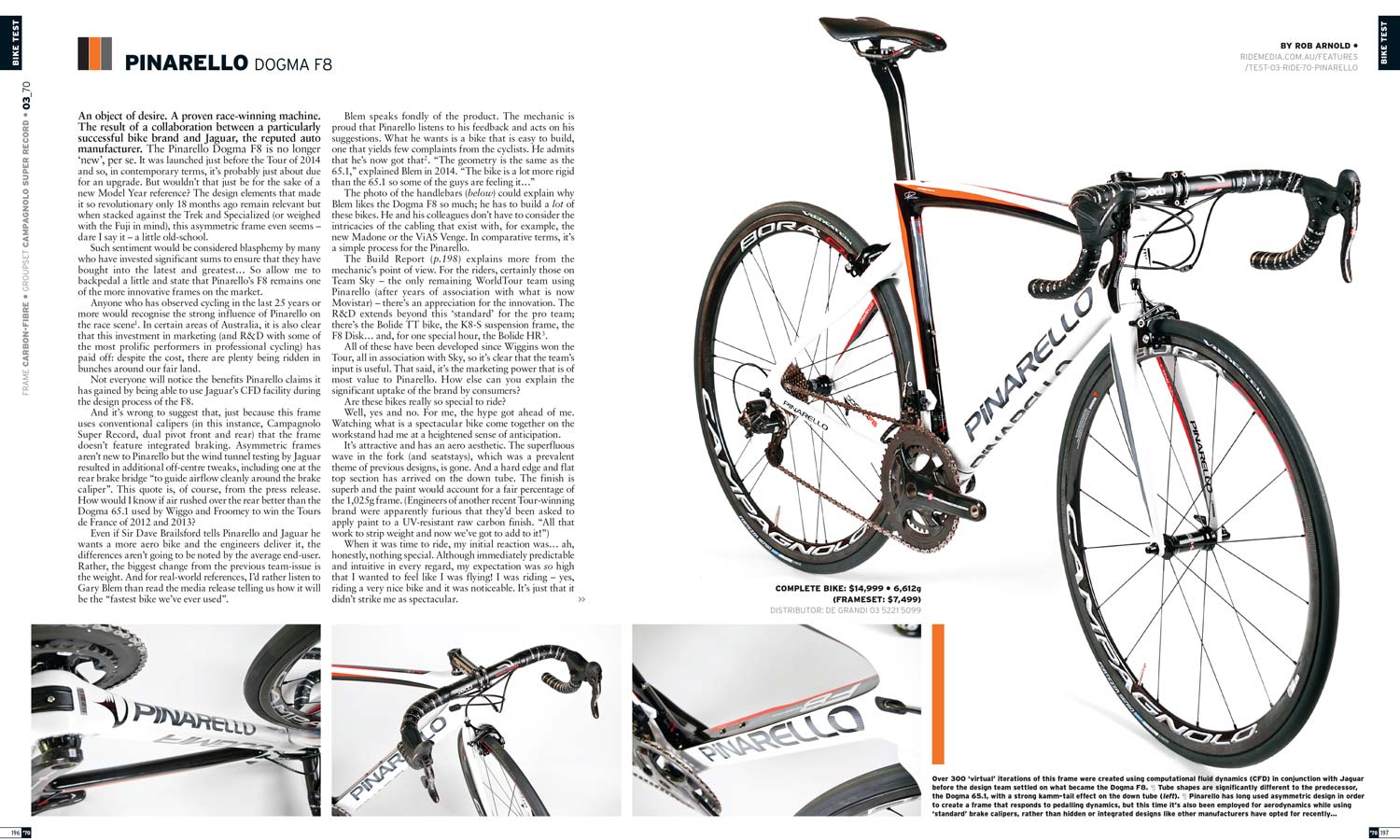 Click the image above to see the review as it appeared in #RIDE70 (November 2015).