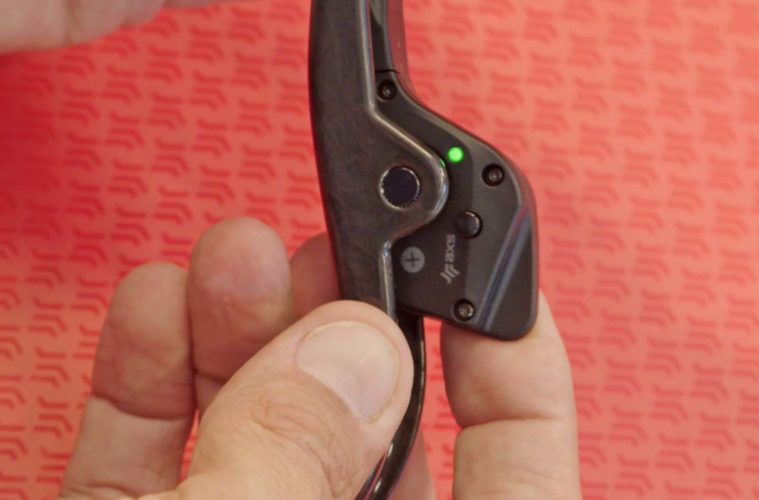 Getting to know the SRAM Red eTap AXS groupset

RIDE Media got a new groupset to review last week. Launched on Thursday, we built it to a bike by Friday afternoon. Watch the YouTube clips to find out more…

It seemed a long time in the making and once the new SRAM Red eTap AXS groupset landed, it got people talking. There’s plenty of innovation in what is a complete overhaul of the US brand’s top-tier road cycling product.

By now most people with even a modicum of interest know much of the detail.

It has a 10-tooth cog on the rear cluster.

The chainrings are smaller (but still give the rider a full range of gears).

There is a new, narrow, flat-top chain.

And there’s now an app which helps you customise how the groupset functions.

– Watch the unboxing of the new SRAM Red eTap AXS groupset (click the link below). –

It takes time to get used to a new groupset, especially one that dares to break away from tradition. There are varying steps in the appraisal process and yet, in less than a week, AXS – pronounced by SRAM as ‘Axis’ – already seems familiar.

Watch some of the company’s promotional material and within a few minutes the bikes of old, those ones with large 53-tooth (or more) chainrings seem so… ah, cumbersome? Not quite, but this product release certainly represents a change in thinking, one that seems destined to change the aesthetic and performance of road bikes beyond 2019.

(It also happens that the MTB community will also relish the arrival of new products from SRAM, ones that provide the wireless shifting that road cyclists have enjoyed since 2016. But that’s another story altogether.)

The first step is to read about it, to find out why this product launch seemed so protracted since the groupset first appeared in public around November 2018. Then comes the unboxing, the handling, the weighing, the building, the riding…

We’re going through these steps right now and will be making a series of review clips, uploaded to RIDE Media’s YouTube channel, and explaining some of what is learned from the experience.

– From box to bike: watch the build of SRAM’s AXS (click the link below). –

Big thanks to Monza Imports for supplying the review products, Wooly’s Wheels for the mechanical assistance and quality service, and Andrew McClymont for his fine work behind the camera.

It was a well-managed release, with SRAM opting to refrain from official commentary until the product was shipped around the world and made available to the public. It was, however, also a poorly kept ‘secret’ even if the exact details of what was so special about AXS weren’t official until 7 February 2019.

Red eTap AXS has been used widely for over a year. There have been prototype groupsets on WorldTour team bikes for a considerable time and SRAM staff have been testing the functionality of this 12-speed ensemble since the beginning of 2018.

We could see that it was coming, even if we weren’t yet allowed to ride it… but eventually our time would come. We have the new ensemble fitted to a review bike and, in the coming weeks, RIDE Media will report on what it’s like to use the new AXS groupset. 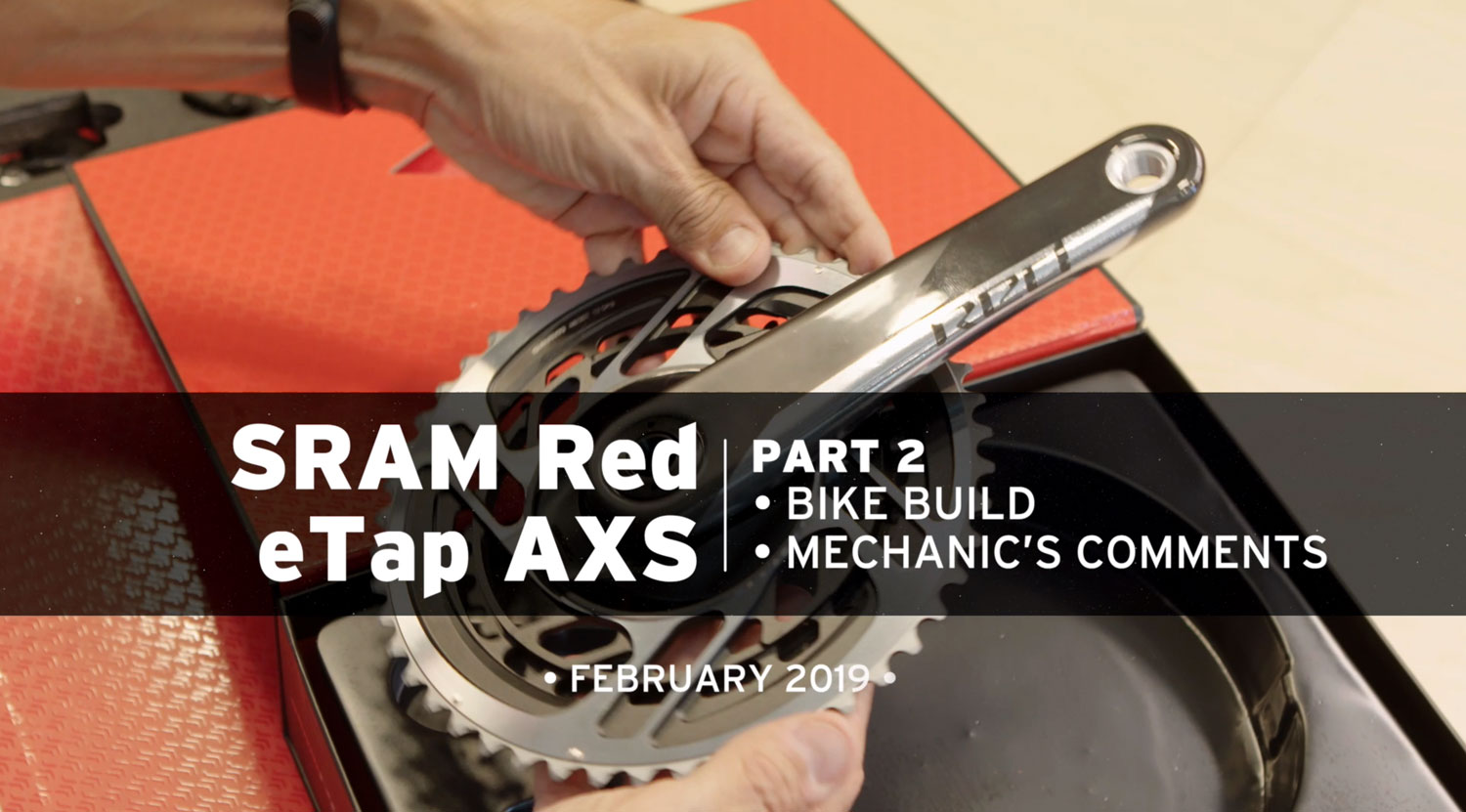 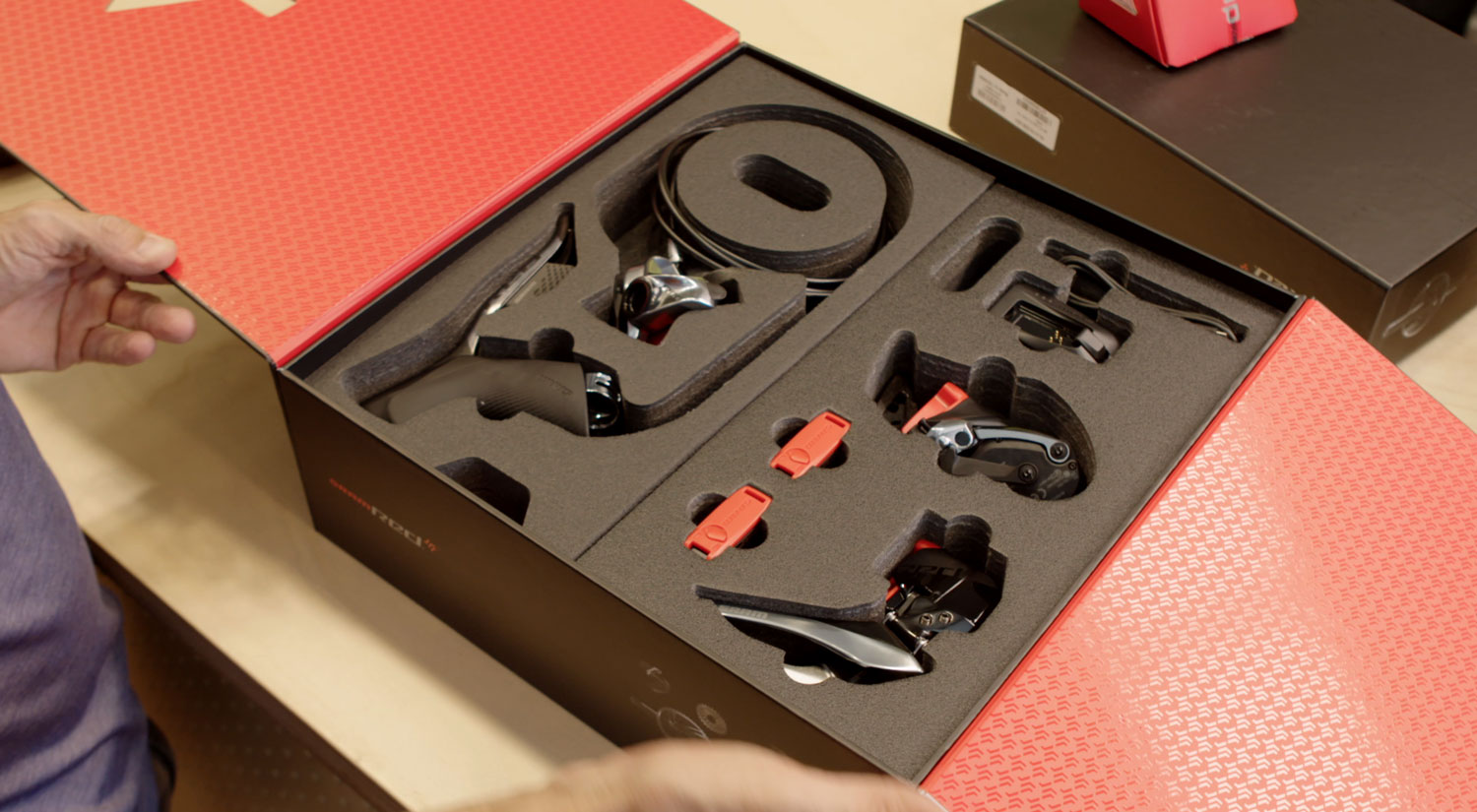 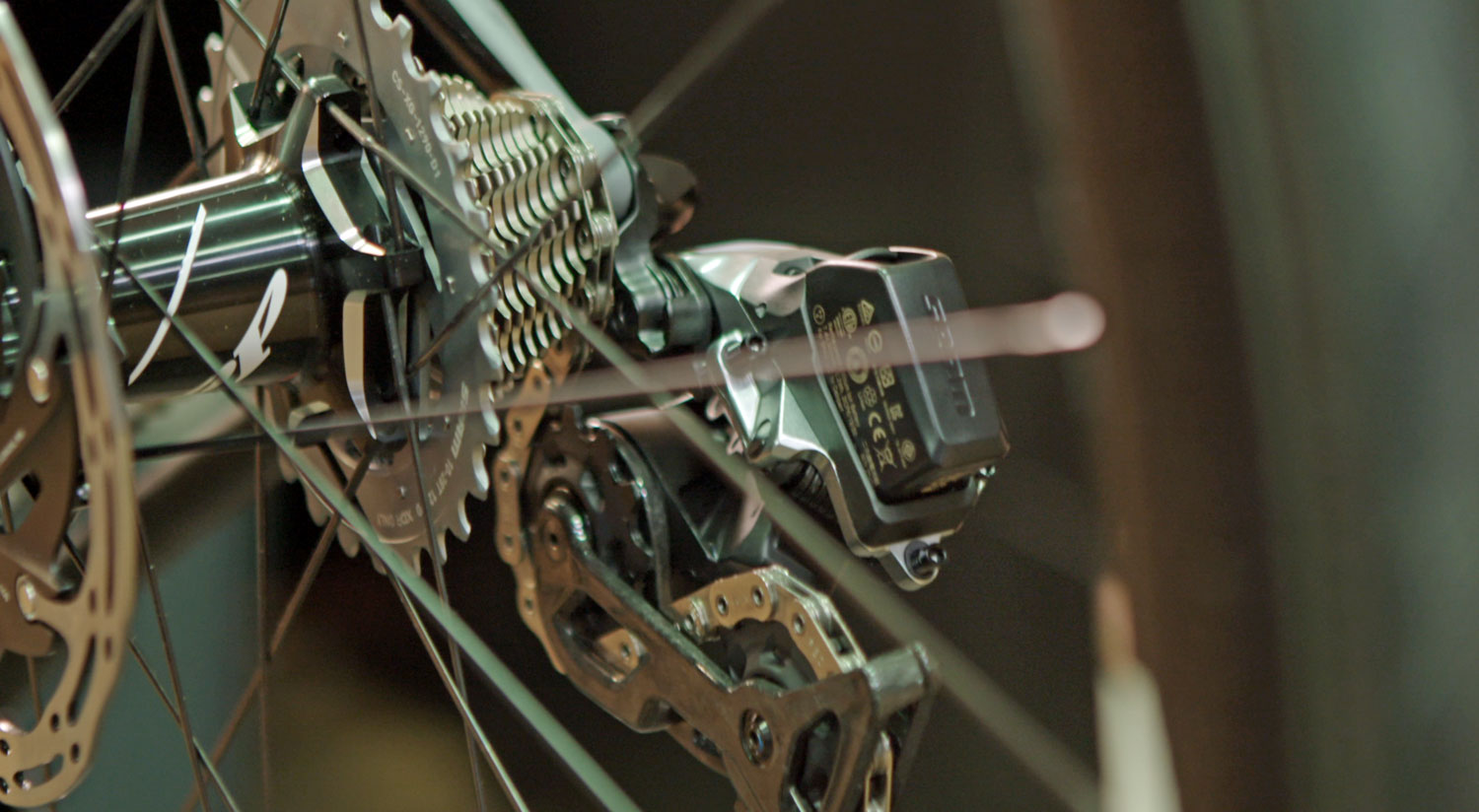 Immediately after our unboxing, we went to the workshop at Wooly’s Wheels in the Sydney suburb of Paddington and got mechanic, Paul Wootton, to build a bike with it.

This is a bike that clings to a few old-school concepts: a quick-release rear skewer, for example, interrupts the full modern approach to bike design. (It seems odd that Cannondale has refrained from a full thru-axle set-up, especially considering that the Super-Six frame has been reengineered to accommodate disc brakes. The ride quality would surely improve with the more exact, more robust modern arrangement… but that’s a topic for another time.) 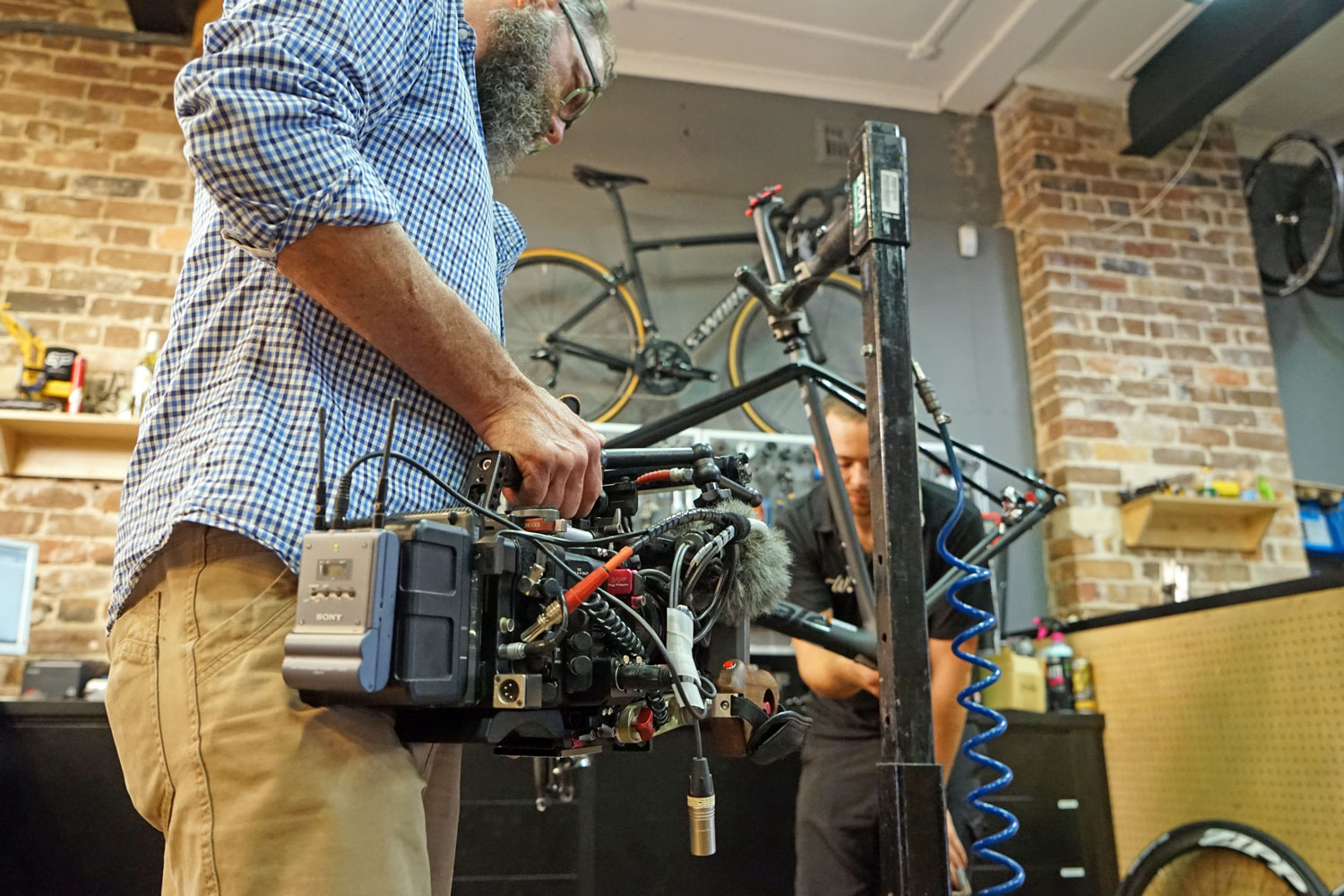 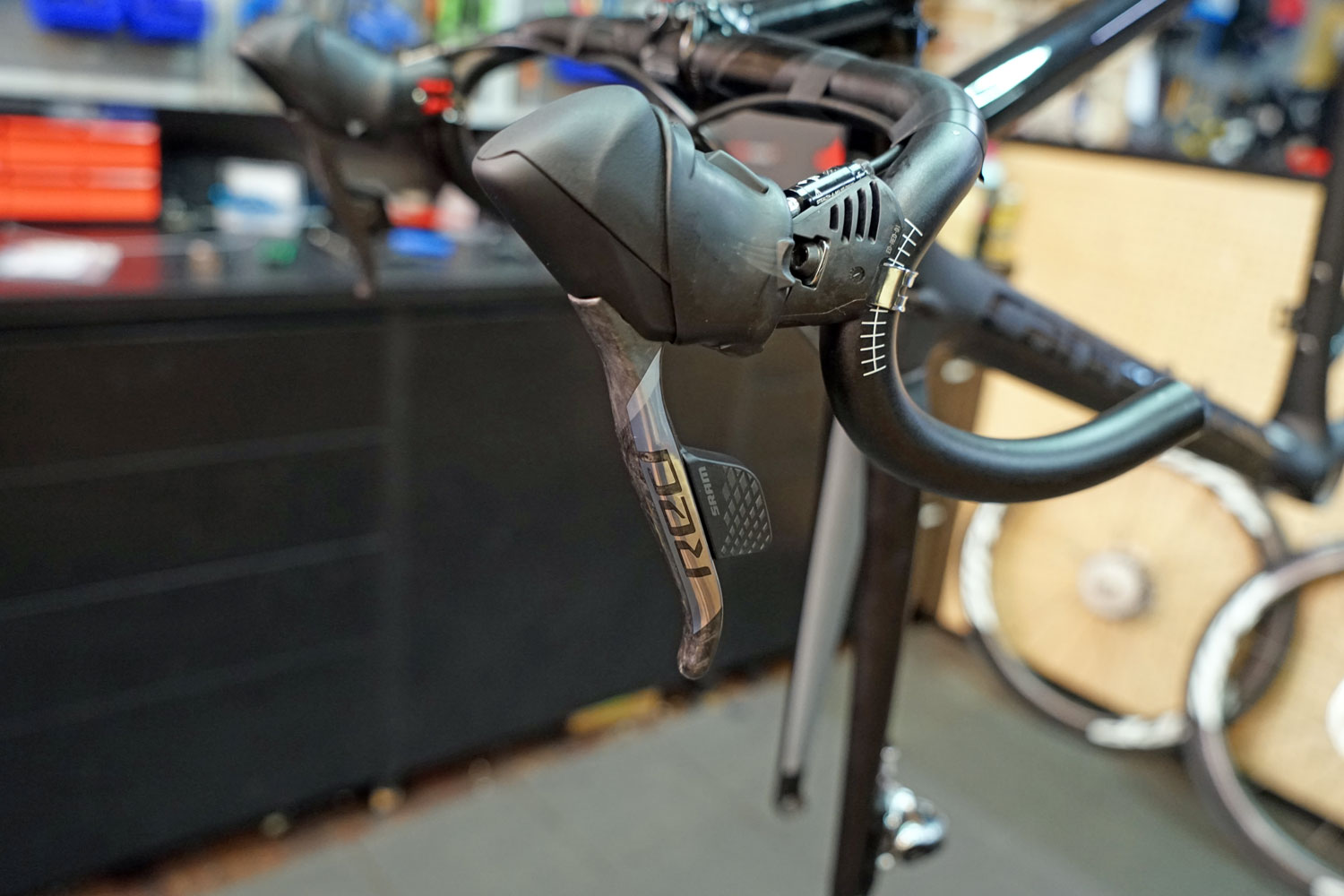 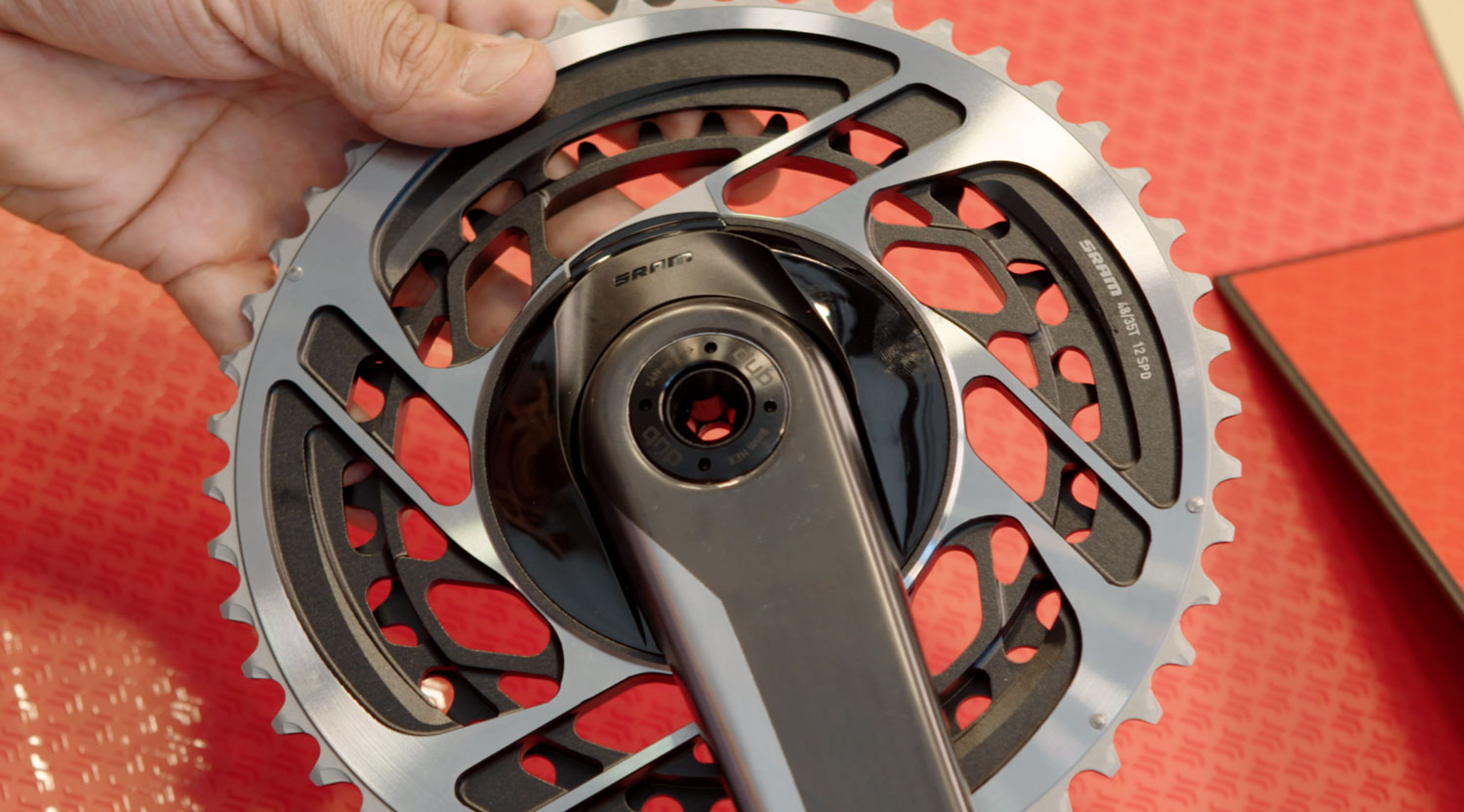 For a full summary of Australian pricing for AXS, see bottom of page.

This new groupset is one worthy of the significant hype it received late last week when it was made available in shops around the world on the day a media embargo ended.

While some manufacturers are so proud of their innovation that they can’t help sharing the news with potential customers well before the release date, it’s not always great for business. We have seen how Shimano’s ill-timed launches have impacted the market in the past and few shop owners will argue that this approach is detrimental for the industry as a whole.

The 2016 Shimano Dura-Ace Di2 launch, for example, came many months before the groupset was available in shops, a long time before OEM clients could make their bikes available – and, crucially, when existing Dura-Ace adorned bikes in showrooms everywhere.

The result of this product release mismanagement is that existing stock soon becomes classified ‘old stock’, simply because the component maker has told customers that a new product exists… even if they can’t yet own it.

There are numerous other examples of manufacturers forcing discount sales of what is effectively ‘old stock’ to make room for what’s soon to be shipped out of the factory. And no one really wins from this approach. Shimano is often a culprit, but SRAM has done similar things in the past and, in 2019, it was intent on doing all it could to ensure availability right from the moment of the official launch. 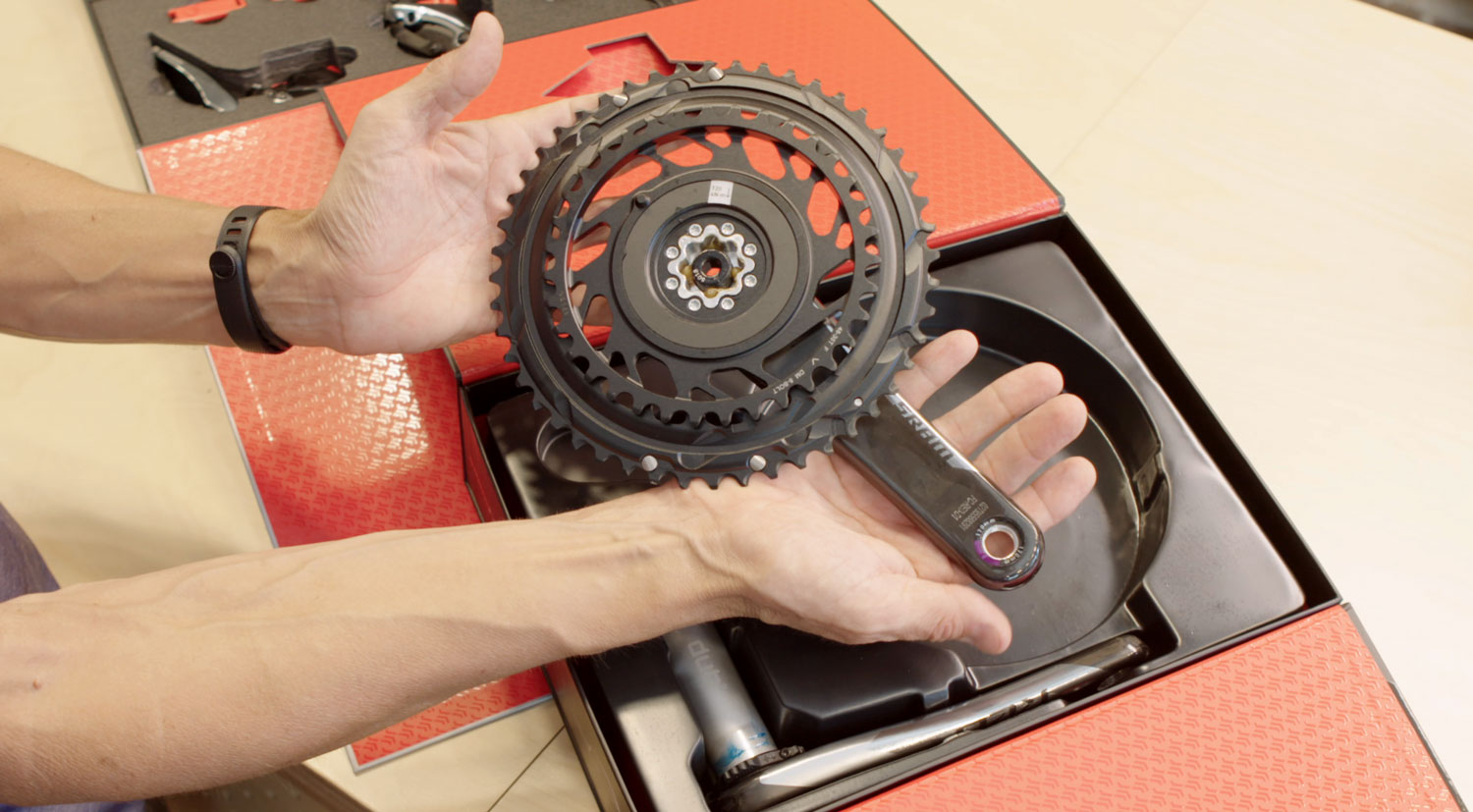 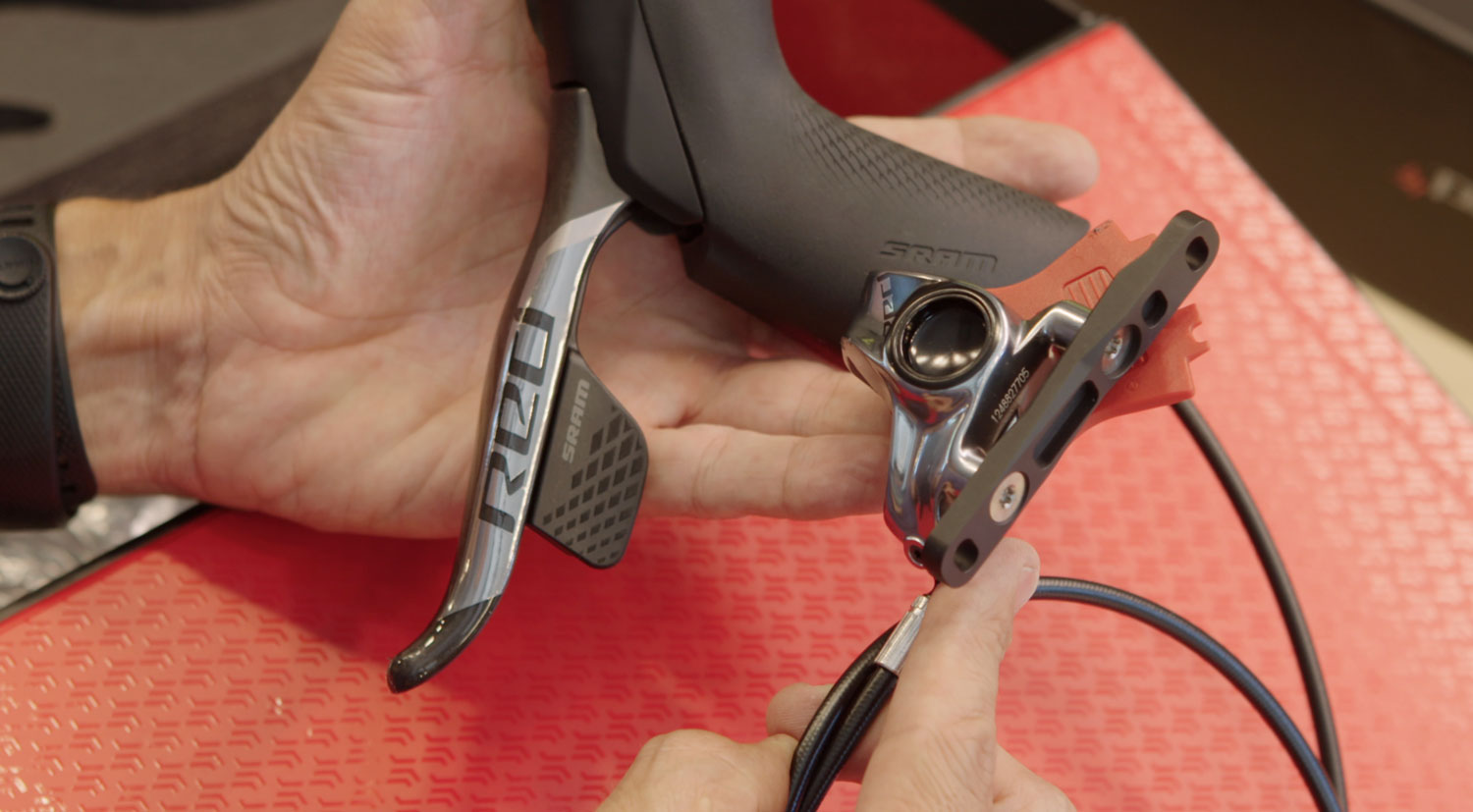 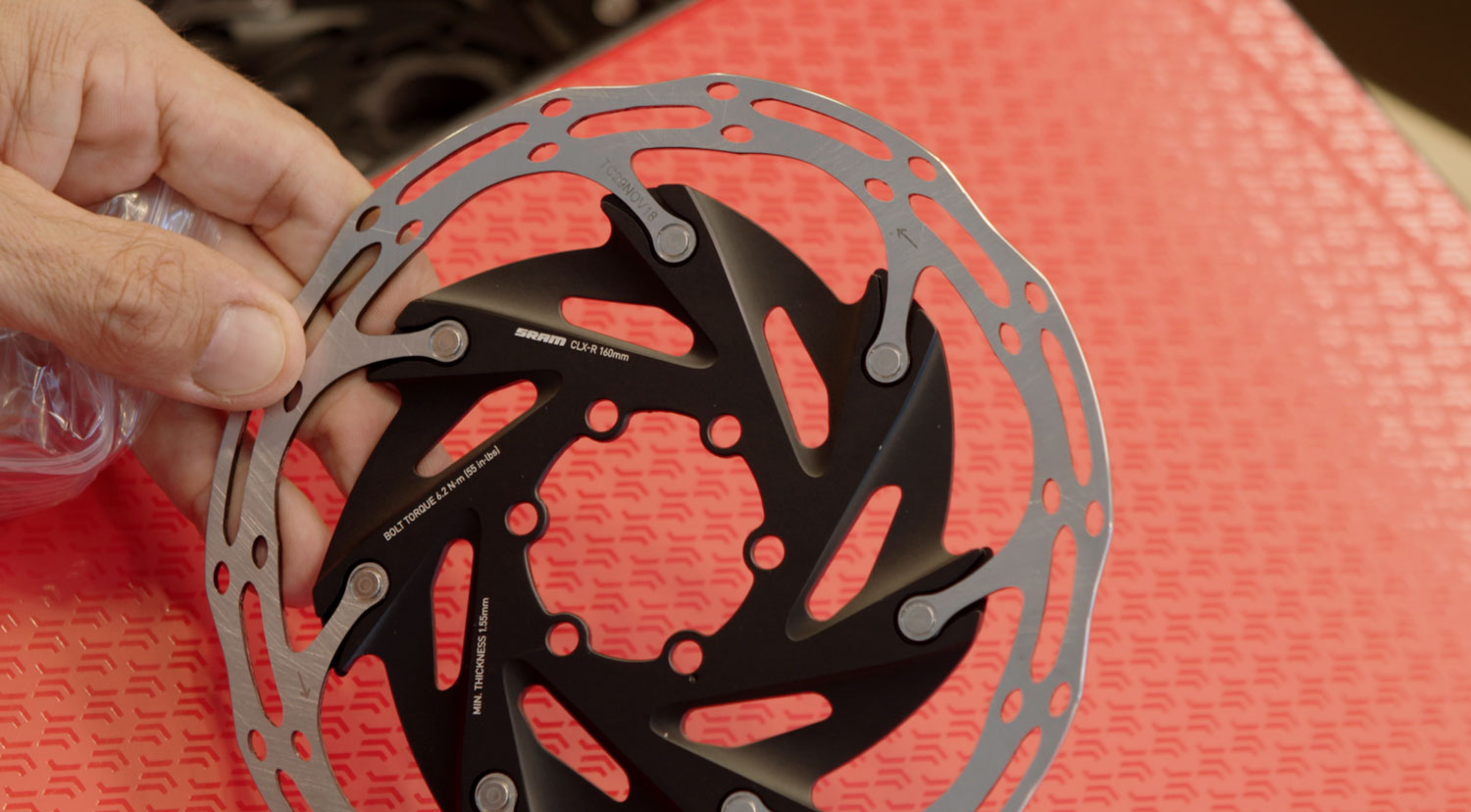 Stay tuned for more in this series of review…

SRAM has two agents in Australia: Monza Imports in Melbourne and Echelon Sports in Brisbane. Both had their shipment of AXS groupsets in the warehouse well before the 7 February launch. They could not, however, say anything about the product until the embargo ended; they weren’t not even meant to send groupsets to clients until the global release date.

Less than a week later, numerous ensembles have been sold – but it is not a cheap exercise. With a range of options that include a Quarq power meter inclusion, rim or disc brake options, a TT specific set-up, or a 1x configuration, prices range from $4,650 to $6,550 (see full price list, below).

RIDE Media has unboxed, weighed and build the new groupset to a bike. The SRAM app has been downloaded, pedals have been fitted, tyres pumped and we’re ready to ride.

If you want to learn more about SRAM’s new Red eTap AXS groupset, watch the clips about the Unboxing and Bike Build and, of course, subscribe to our YouTube channel so that you receive notifications about new uploads as we continue our series of reviews. 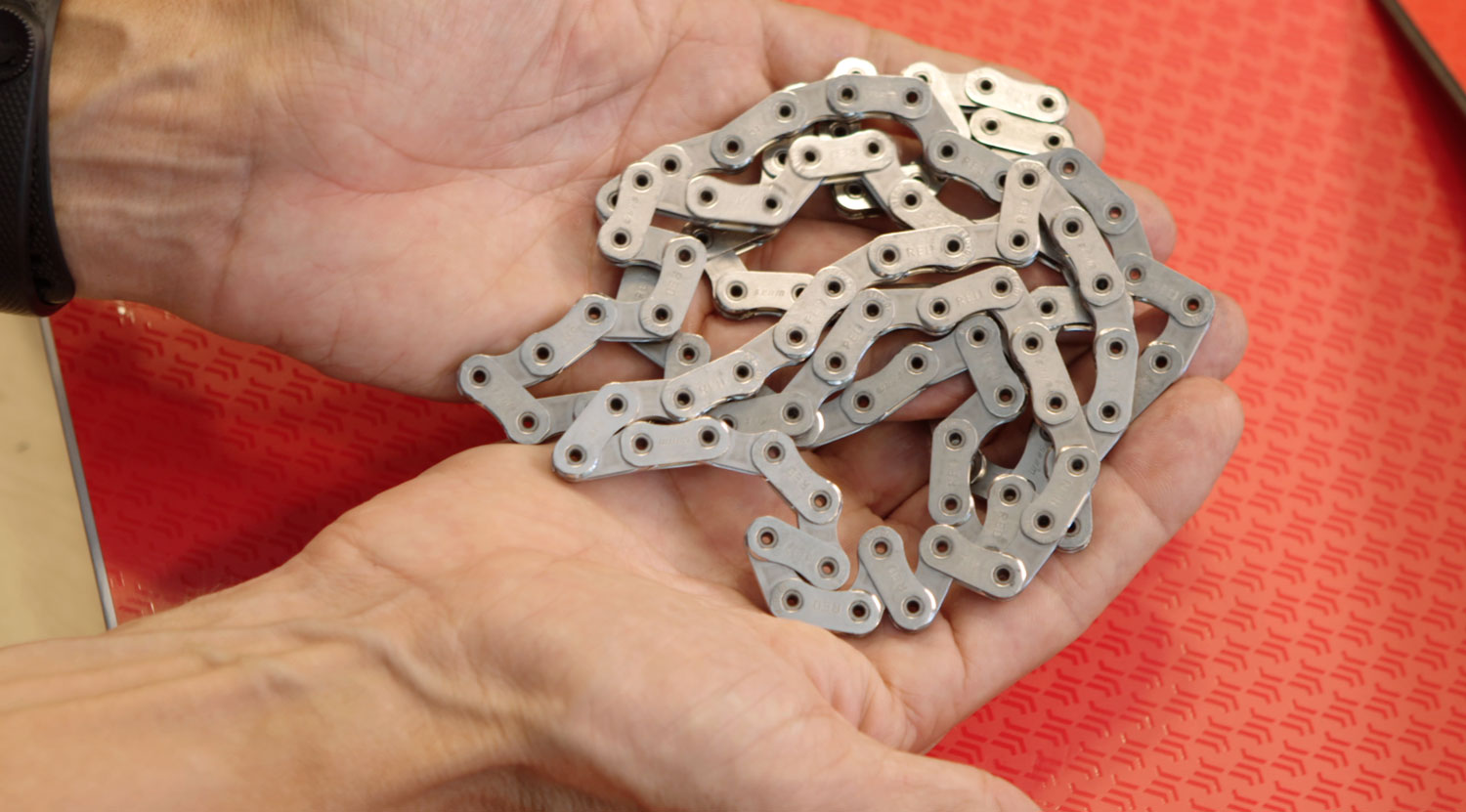 The new ‘FlatTop’ chain (above), one of many innovations for the AXS groupset.