This is the first of a new series of product reviews and it introduces a new voice to RIDE Media. It’s about a tyre that has already appeared on this site but, this time, the comments come from a reader… 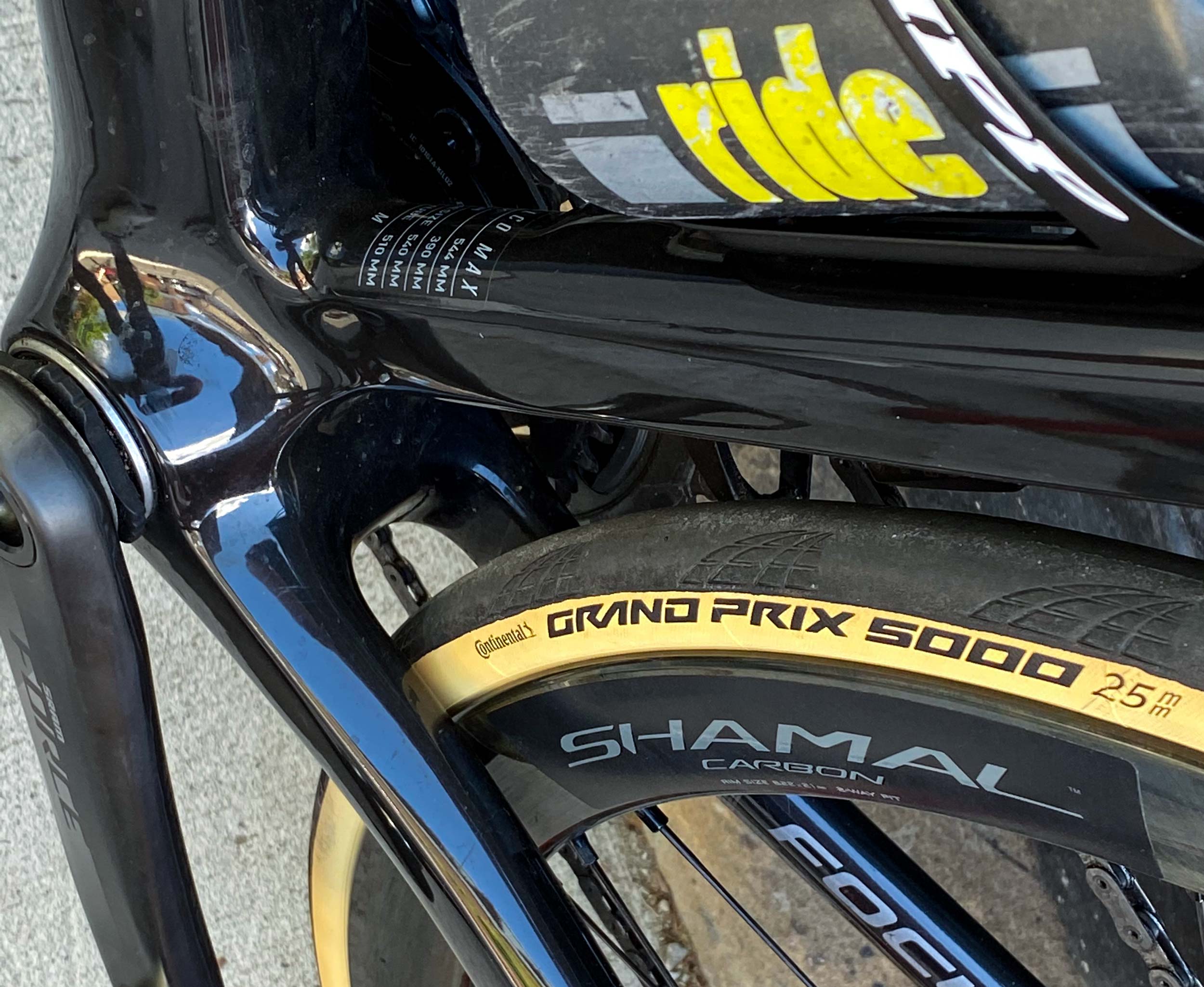 Here’s how this idea came about. Earlier this month RIDE Media featured a limited-edition set of Continental GP5000 tyres. It’s a product many cyclists have come to know after being released towards the end of 2018. In 2020, however, the German brand – which is a ‘Main Partner’ (ie. top-tier sponsor) of the Tour de France – released a TDF Collection.

With cream sidewalls, they proved to be extremely popular. Within a few hours of being listed by the local agent, Velo-Vita, they were snavelled up by bike shops around the country… and then sold very quickly.

If you can find some in your LBS, you’re doing well… the collectible concept seems to have worked. They are rare and, I’d find out, quite desirable.

They are also very nice to ride. (You can find a little clip with my initial impressions on RIDE Media’s YouTube channel). But that’s my appraisal. 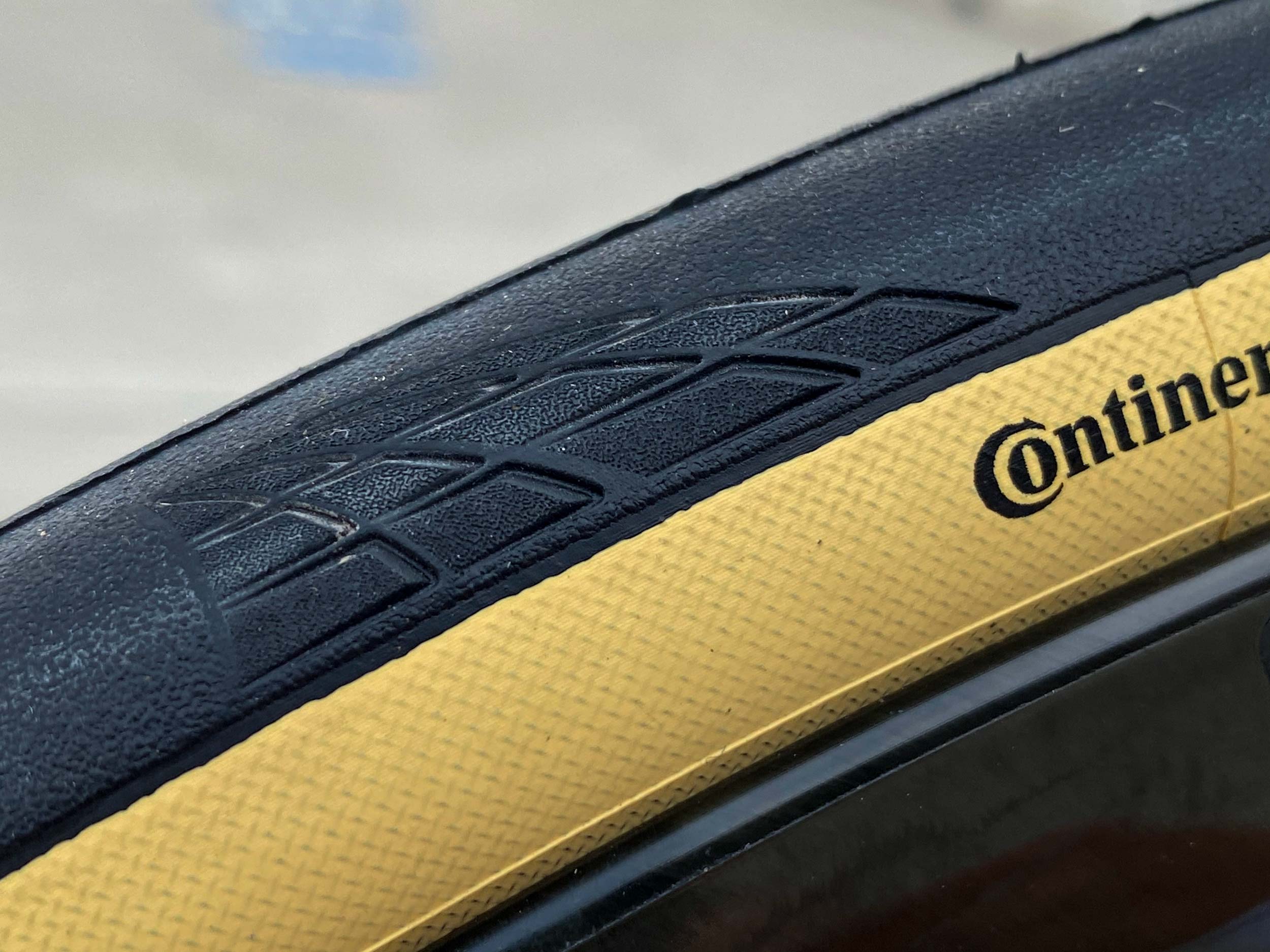 Same, direction-specific tread pattern and compound as traditional GP5000 tyres, only with ‘cream’ sidewalls and some TDF branding…

When the video was uploaded and shared online, a few queries came in including one from Ross Sly, a reader who was keen to know where he could buy the TDF collection tyres. “Ah, not sure if you can,” was my reply. There’s a reason that they were promoted as “limited-edition”…

When more product arrived for review, I stripped my bike of the Continentals – after around 600km of riding – and put on a set of Pirelli P Zero Race tyres, 28mm. (Yep, there’s another tyre review to follow shortly… stay tuned.)

As I wrote in an earlier product post, after swapping Goodyear tyres for the Conti TDF Collection, “it seems silly to swap a good combination, one that works in all the situations I find myself riding in. And yet I went ahead and did it”. 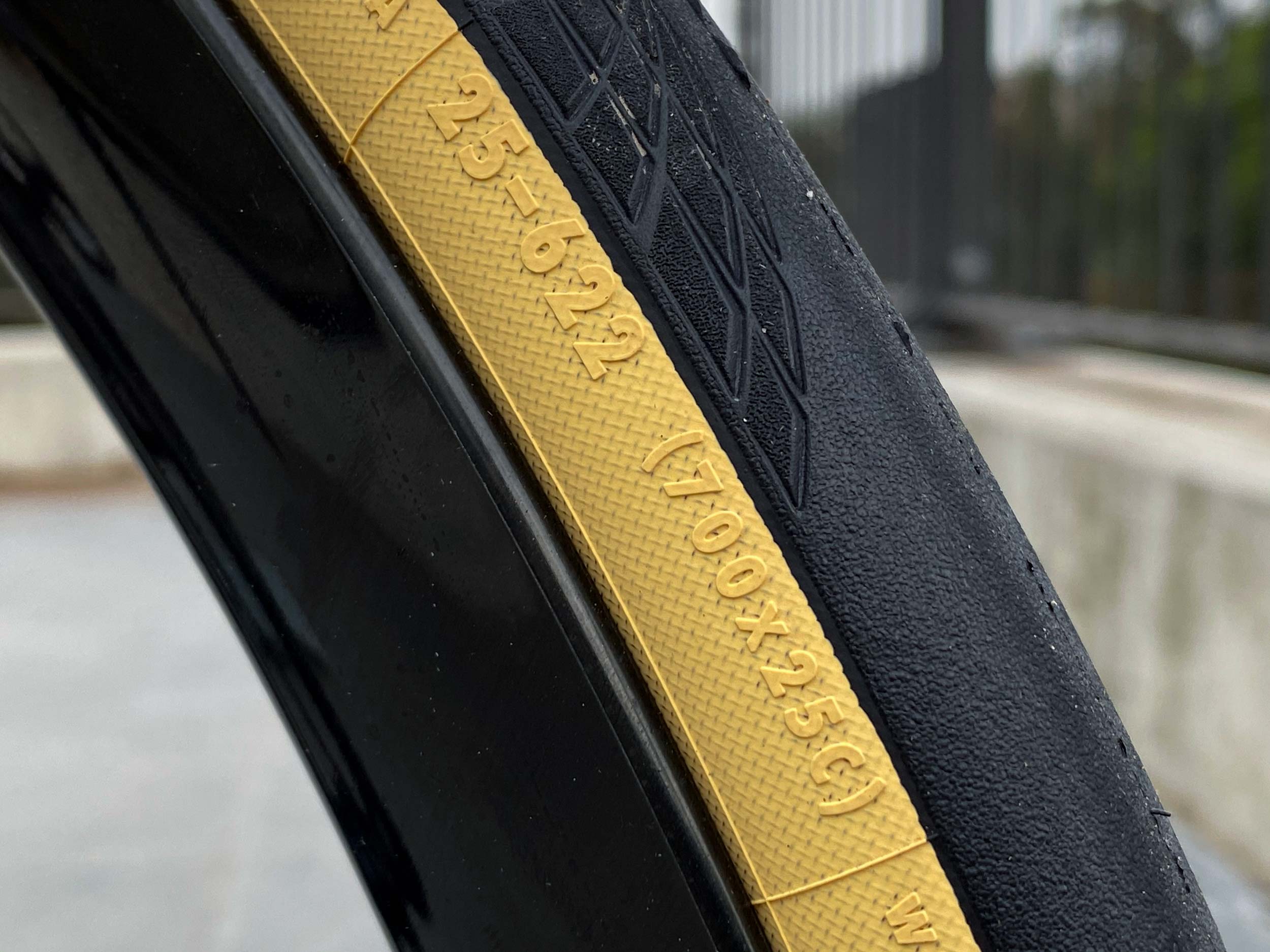 So, what to do with the slightly used, perfectly good Continentals? Well, I sent them to a reader, someone who wants them, someone who would have bought them only that he couldn’t find them in a shop any longer. And – importantly, as you can read below – someone who can explain the reasons why he wanted buy a limited-edition tyre that effectively is the same as what he has used before.

A few weeks ago, the TDF Conti tyres were packaged up and shipped off to Ross Sly. He’s a reader, he rides, and offers his thoughts after having ridden a few weeks on the tyres that I’d used for around a fortnight… 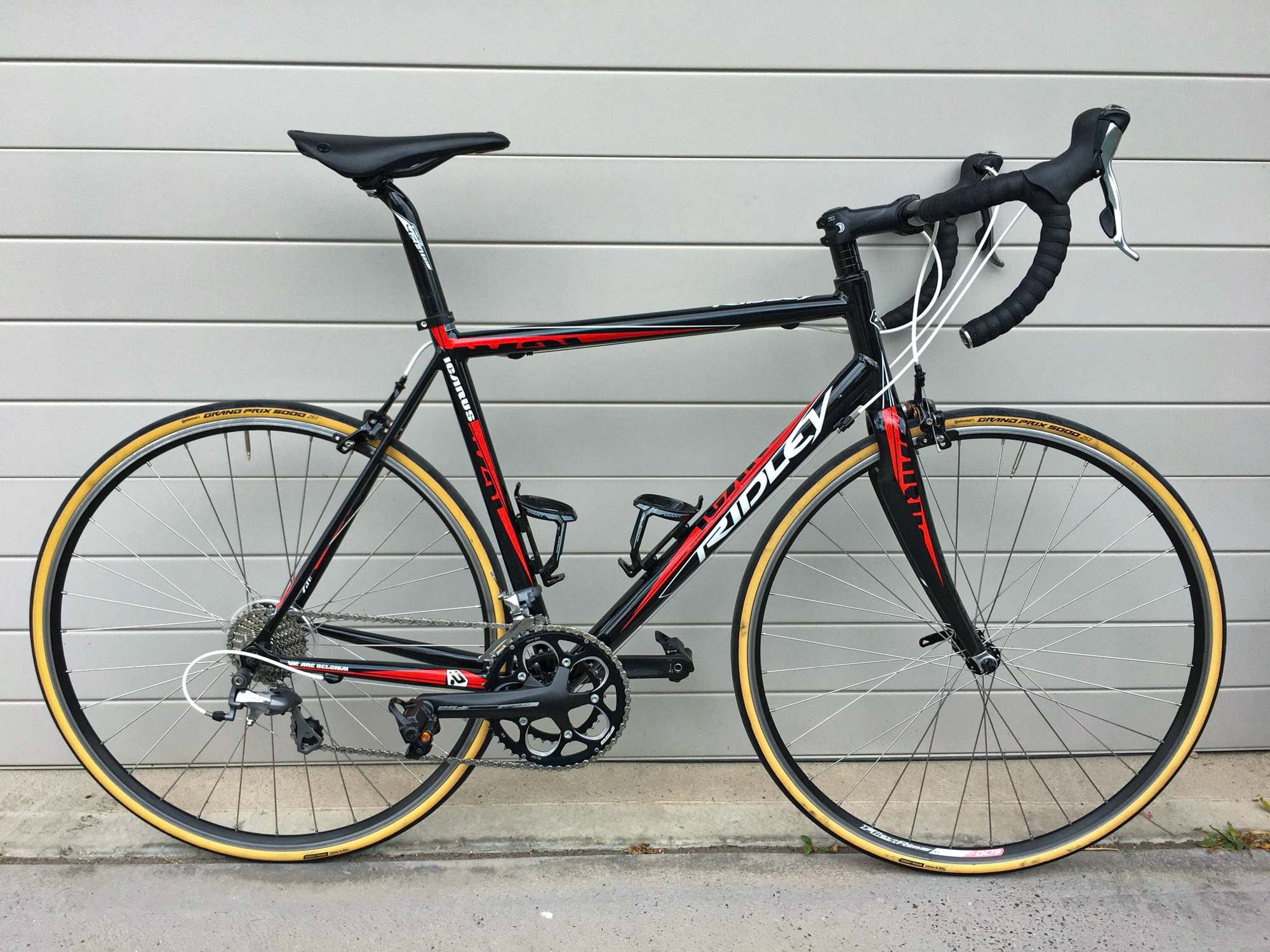 Okay, let’s get the ride impressions out of the way. The GP5000 TdF LTD tyre is fast, grippy, supple and puncture resistant. Of course, none of this surprises me as I am a long time fan of Continental tyres.

When I started riding road bikes my tyre of choice was the Continental Gatorskin and as I got faster I moved across to using Continental GP5000s. Continental tyres have never let me down and I often recommend them to others.

Objectively the GP5000 TdF LTD tyres tick all the performance boxes but so did the tyres I rode before these, so why would I bother moving from a set of near new GP5000s to GP5000s with tan sidewalls? Because my love of cycling and its history is deep and irrational. Because these tyres, just like the retro jerseys I own, are an accessory that bring me one step closer to the golden age of cycling. And, to be frank, because the likes of Coppi, Anquetil, Poulidor, and Merckx all rode tan walled tyres.

As a proud MAMIL, I will never have the legs to match the greats but at least my tyres will help my bike look the part!

I watch the Tour de France every year (and of course buy RIDE Media’s Tour Guide so that I am up to date before the Grand Départ). Last year I was lucky enough to spend a week riding in the Pyrenees during the Tour. I climbed the Tourmalet, watched the finish in Bagnères-de-Bigorre, watched the time trial in Pau, met Bernard Thévénet and Sean Kelly.

I am obsessed by the Tour de France and it’s fair to say that anything Tour-related will grab my attention and open my wallet! When it was announced that Continental were issuing a Tour de France Limited GP5000, a cooler looking version of my favourite tyre, I was already sold.

The arrival of my GP5000 TdF LTD tyres coincided with a forced bike change. The carbon-framed bike I had been riding for the last four years had started to make some noises I could not track down. After a professional diagnosis, that bike has been benched and I am back on the first real road bike I purchased – a 2012 Ridley Icarus.

My benched bike had all the latest tech – electronic shifting, 11-speed groupset, carbon wheels, wide range rear cassette, compact crankset, hydraulic disc brakes, internal cable routing etc. Getting back on the Ridley was like travelling back in time – 10-speed Tiagra groupset, caliper brakes, alloy frame and rims and a much smaller cassette.

Despite not shifting on the down tube or having a quill stem I still view the Ridley as a ‘retro’ bike to some extent. And yet the the GP5000 TdF LTD tyres look incredible on the Ridley! Old is new and even if it’s only an aesthetic change from what is essentially the same tyre choice as I’ve been used to, I’m the first to admit it raises the spirits and offers more than a change of colour.

These tyres were very easy to fit and immediately transformed the look of my bike.

From the first kilometre it was obvious that the new tyres performed just as well as the black sidewall GP5000s I had been riding but the old tyres lacked the style, class and retro chic that the new ones delivered. I think the GP5000 TdF LTD tyres and my Ridley Icarus are a perfect match.

These new, themed tyres transport me – literally and figuratively. They enable me to ride quickly and safely. By any performance measure they are a great tyre, but in addition to doing a job they were designed for they also help take a middle aged cycling tragic a little further down the road towards cycling’s golden age every time he clips in. 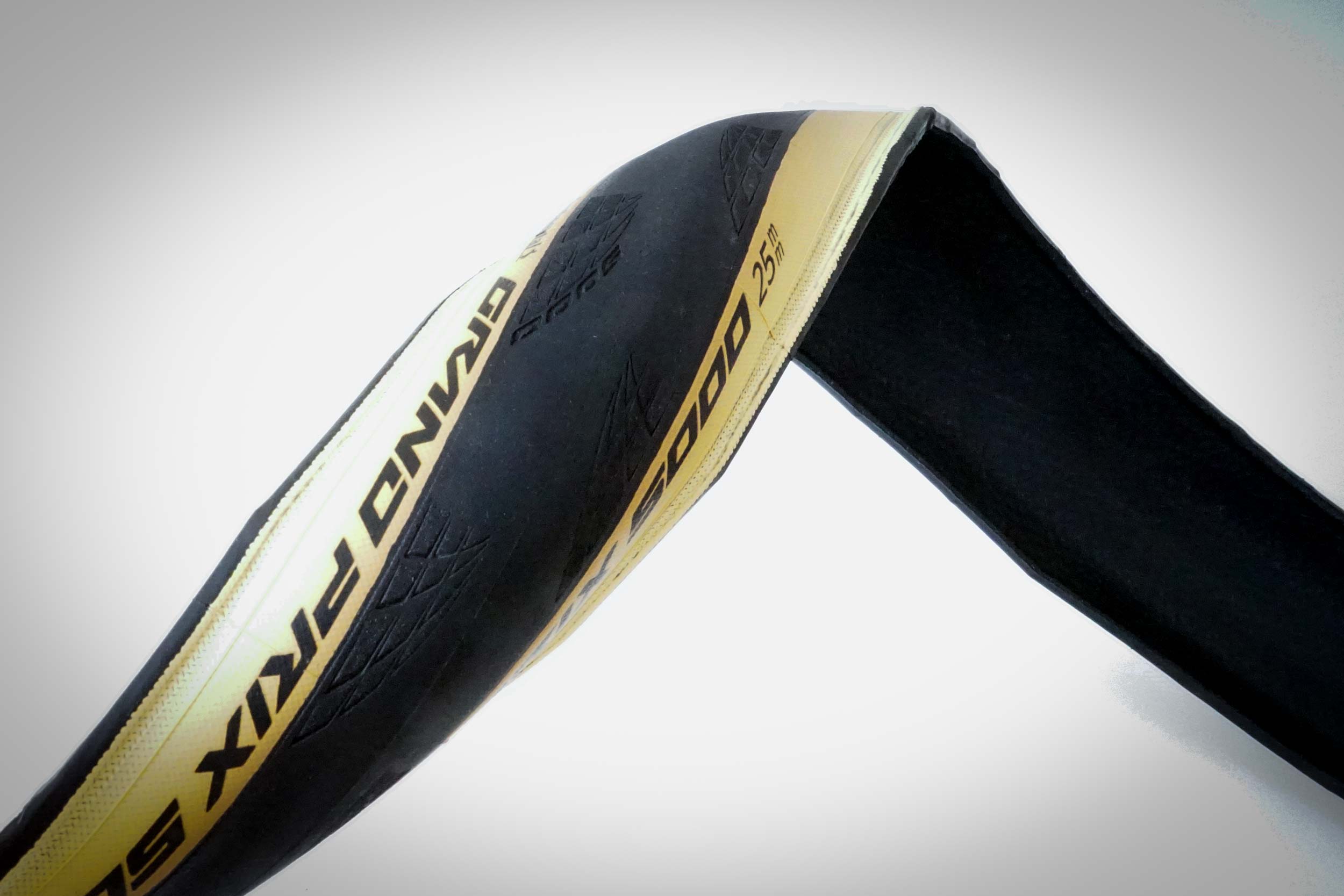 Publisher’s note: If you would like to share your thoughts on a product you like (or would like to try) please don’t hesitate to write and explain the situation. It’s always good to get feedback from readers. Cheers, Rob