There are 281 days to go until the opening ceremony of the Tokyo Olympics… between now and then various national teams are putting some new products to the test in competition.

On day one of the Oceania track championships in Invercargill, featuring no less than 40 events for elite and under-19 riders, a few candidates for medals at the 2020 Olympics were in action.

There were other talking points from the racing, including Maeve Plouff’s first major elite international medal – first in the women’s scratch race – but it’s the photos supplied by the Oceania Cycling Confederation that prompted a quick post to note some interesting product developments. 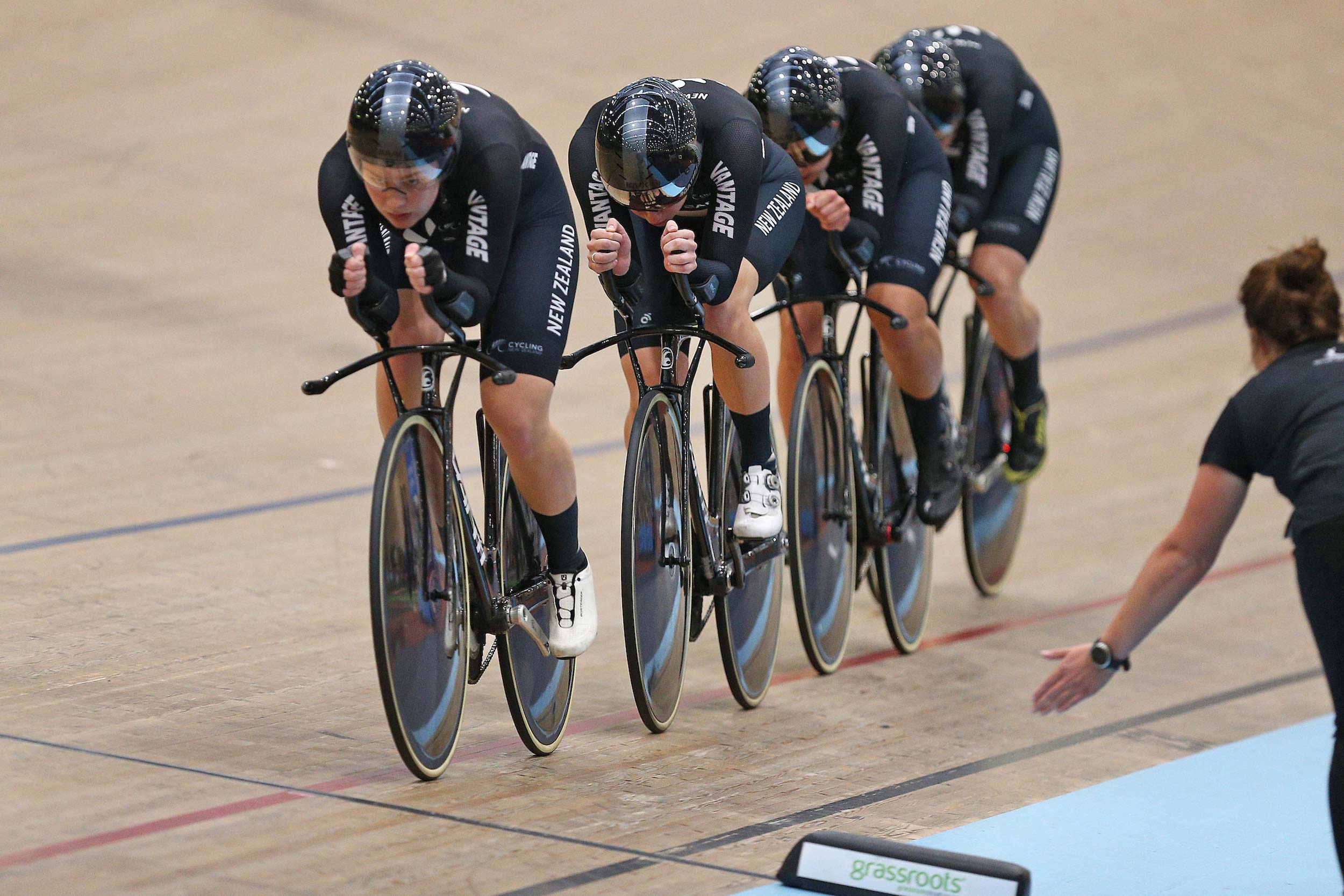 The NZ pursuit teams have been using track bikes with a curious handlebar/fork configuration for some time now, and they continue to post fast times with this arrangement.

With the Tokyo Olympics getting underway at the end of July 2020, this is a key period for preparation, particularly for track cyclists. The athletes need to demonstrate that they are at a level to achieve selection, coaching staff are busy refining their training schedules, and equipment manufacturers are pushing the boundaries to eke out the most efficient designs.

This is track cycling and we’re accustomed to seeing innovations at each Olympiad and that trend continues as we race towards the rendezvous in Tokyo.

The pictures tell the story, so let’s consider a few examples from the racing in New Zealand yesterday. 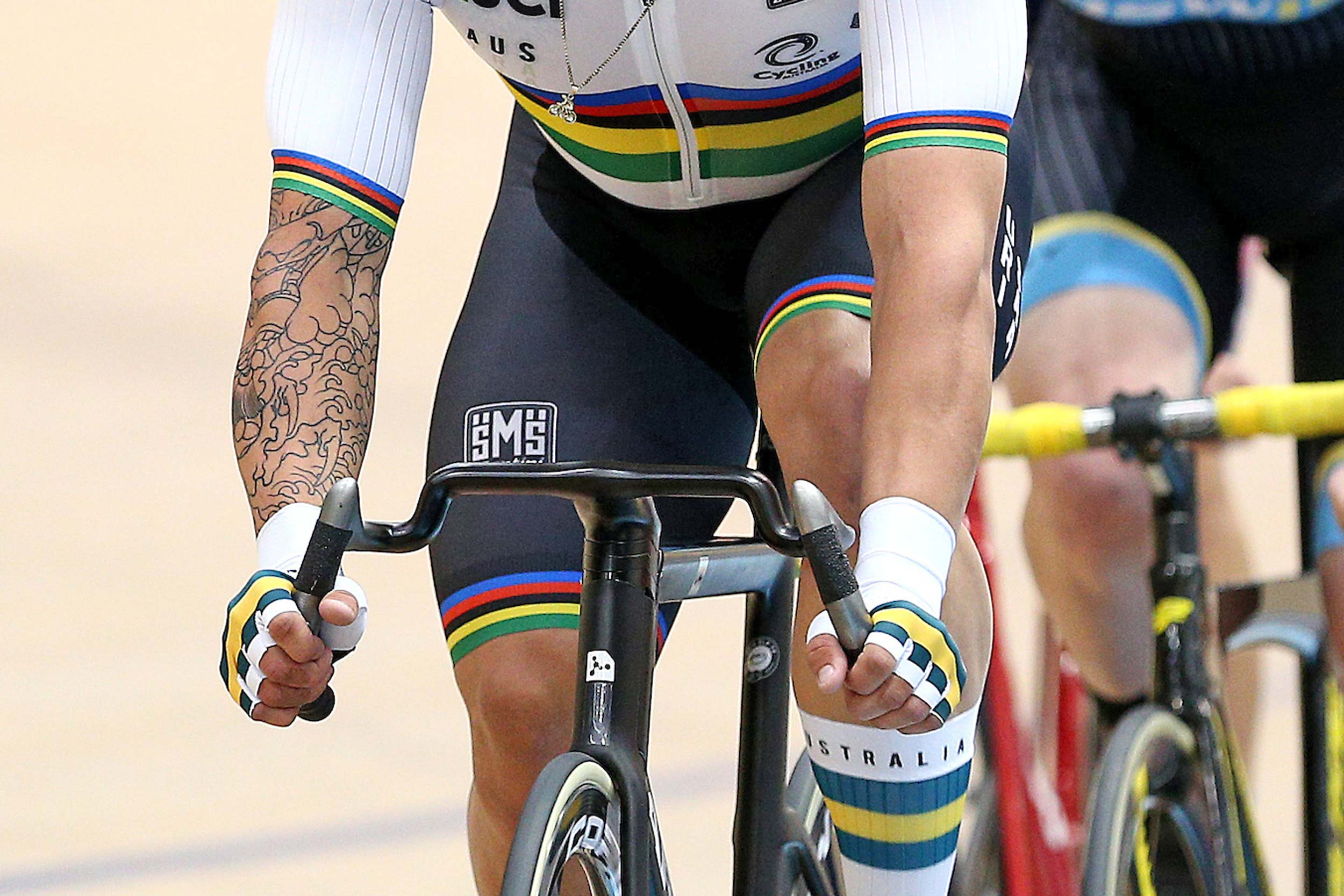 Reigning scratch race world champion, Sam Welsford, trialled a new handlebar design for the first time in racing at the Oceania Championships in Invercargill on 16 October 2019.

Getting aero for the scratch race

“It’s a handlebar developed to get a better position,” explained Sam Welsford about a rethink on traditional track handlebars (above). “Obviously, it’s new and it was my first race for me [yesterday].”

It’s early days on the track with this customised design that’s being tested by the Australian Cycling Team and his feedback was limited, partly because they are so new, partly because he was mindful not to explain too much about what seems to be a prototype product.

“I’m still testing them out and I’m pretty excited to be on them,” Welsford told RIDE Media.

They look narrow, in keeping with a current trend for track riders, but Welsford wasn’t quite certain of their exact size.

“I actually don’t know how big they are,” said Welsford when it was suggested they looked to be around 30cm wide. “I haven’t actually measured them myself.”

Welsford famously backed up from the world record team pursuit ride at the world championships earlier this year to win the scratch race only moments later. He is highly likely to be part of the Australian team in Tokyo and he was careful not to say too much about product which only made their public race debut this week.

“There are lots of handlebars being developed and sprinters have been using smaller bars now because that’s the way to get you more aero.

“I think, now – with everyone trying to find some gains – we’re getting aero on the pursuit bikes and the ‘bunch’ bikes. That’s the way we’ll be moving forward.”

I pushed for an explanation of what benefits they offer, telling him that, in the picture, he has his hands in the drops. The hypothesis, after a glance, is that the rider slots his wrists into the lowered area at the top of the handlebars and positions his hands on imaginary ‘hoods’ of a track bike (ie. without any levers).

“Yeah,” he replied, “basically it’s like you’re riding on the hoods but you have to put your wrists in, like you do on a normal handlebar but on this it’s more pronounced. It forces you to drop your head and drop your back. I think that’s what we’re going for.” 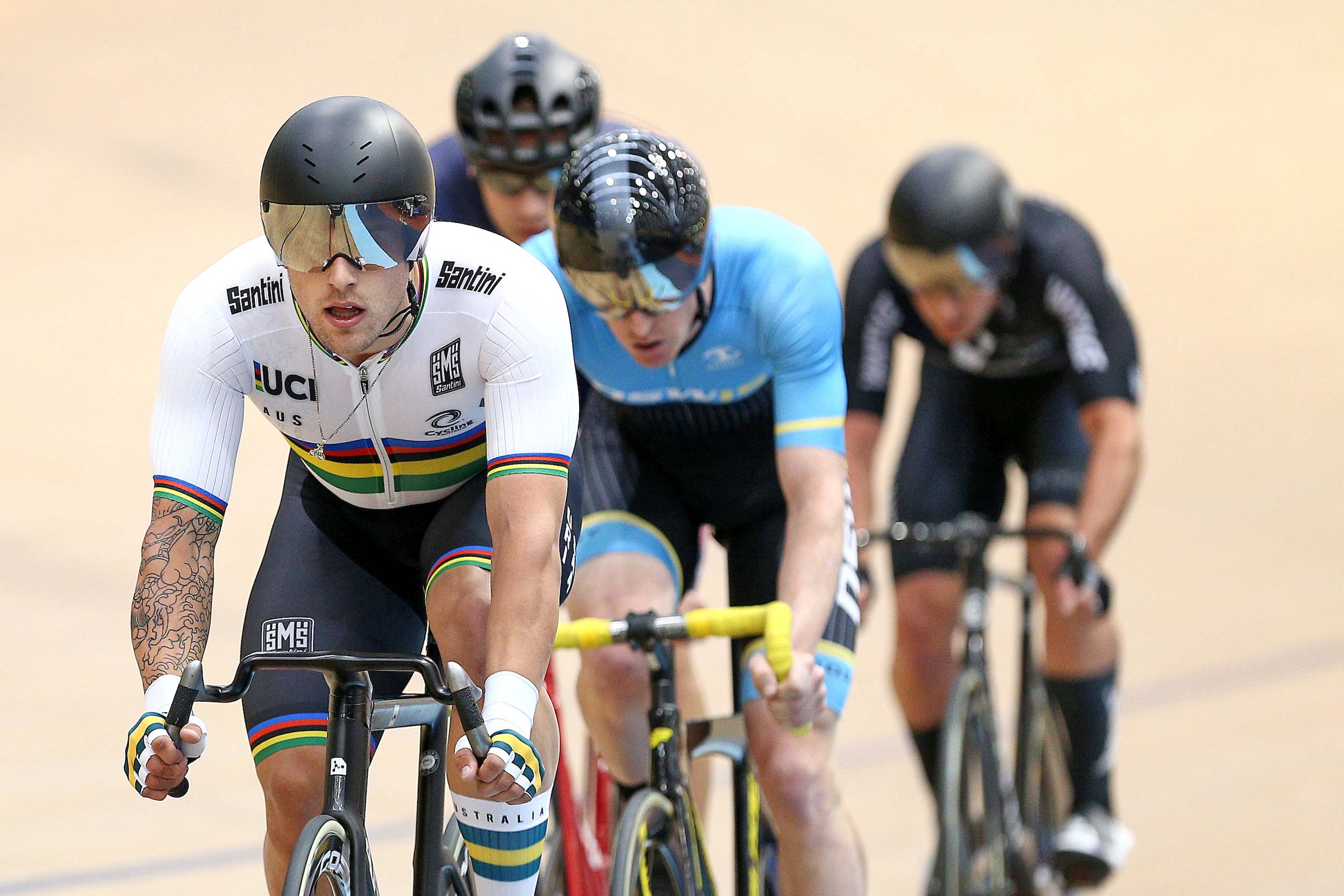 The UCI does its best to impose restrictions on equipment innovation and anything that may upset the traditional cycling aesthetic. One of the hot topics about this approach by cycling’s governing body is the rule about sock height. 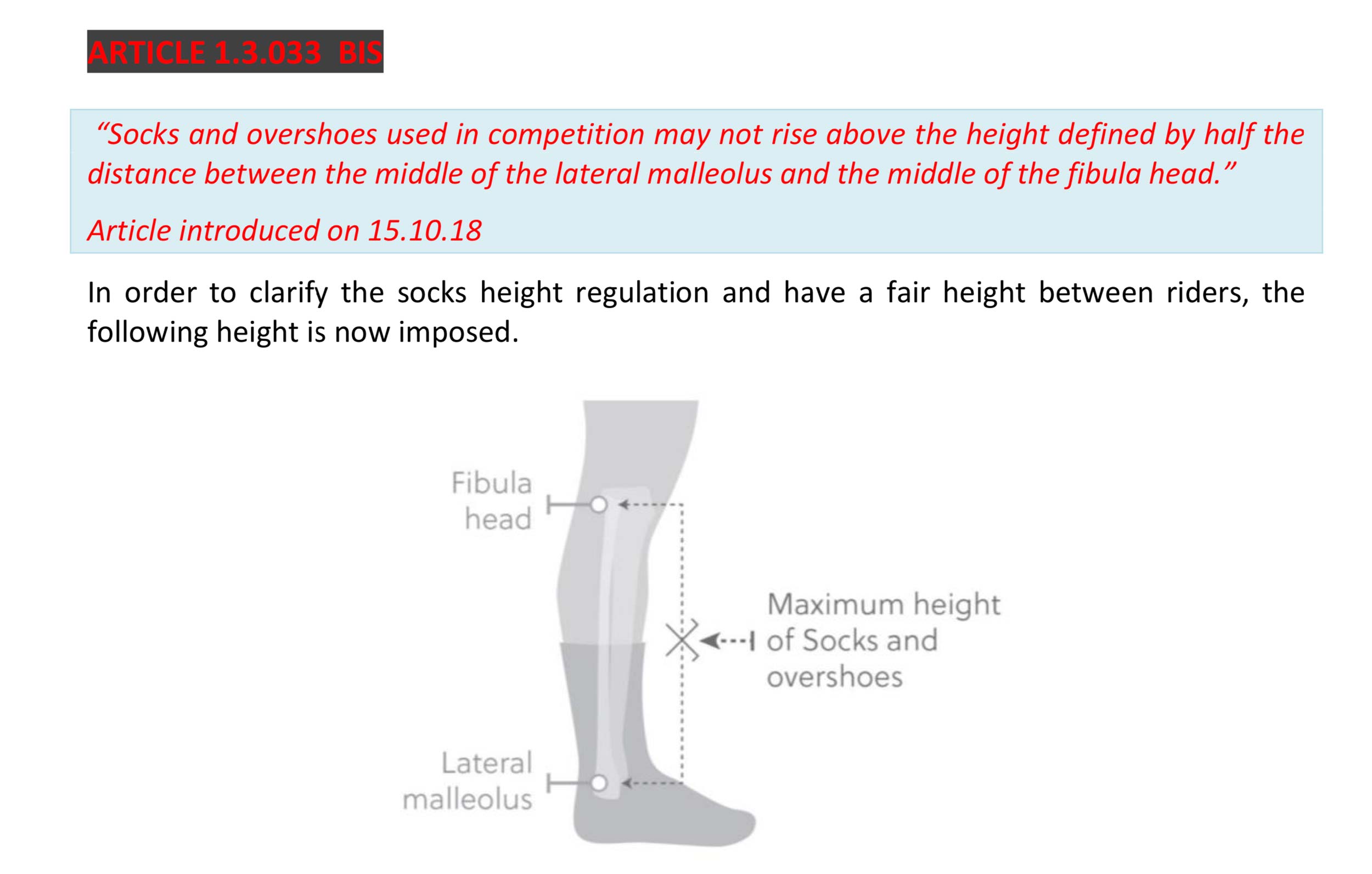 We signed off a quick interview with Welsford about this aspect of cycling ‘equipment’ by asking: are you pushing the limits of the UCI sock height regulation? He replied with a laugh and a simple explanation about his physiology.

“I could be pushing the restriction with my short legs,” he said.

“I have short, stumpy legs so I think any sock looks like it goes high on my legs.” 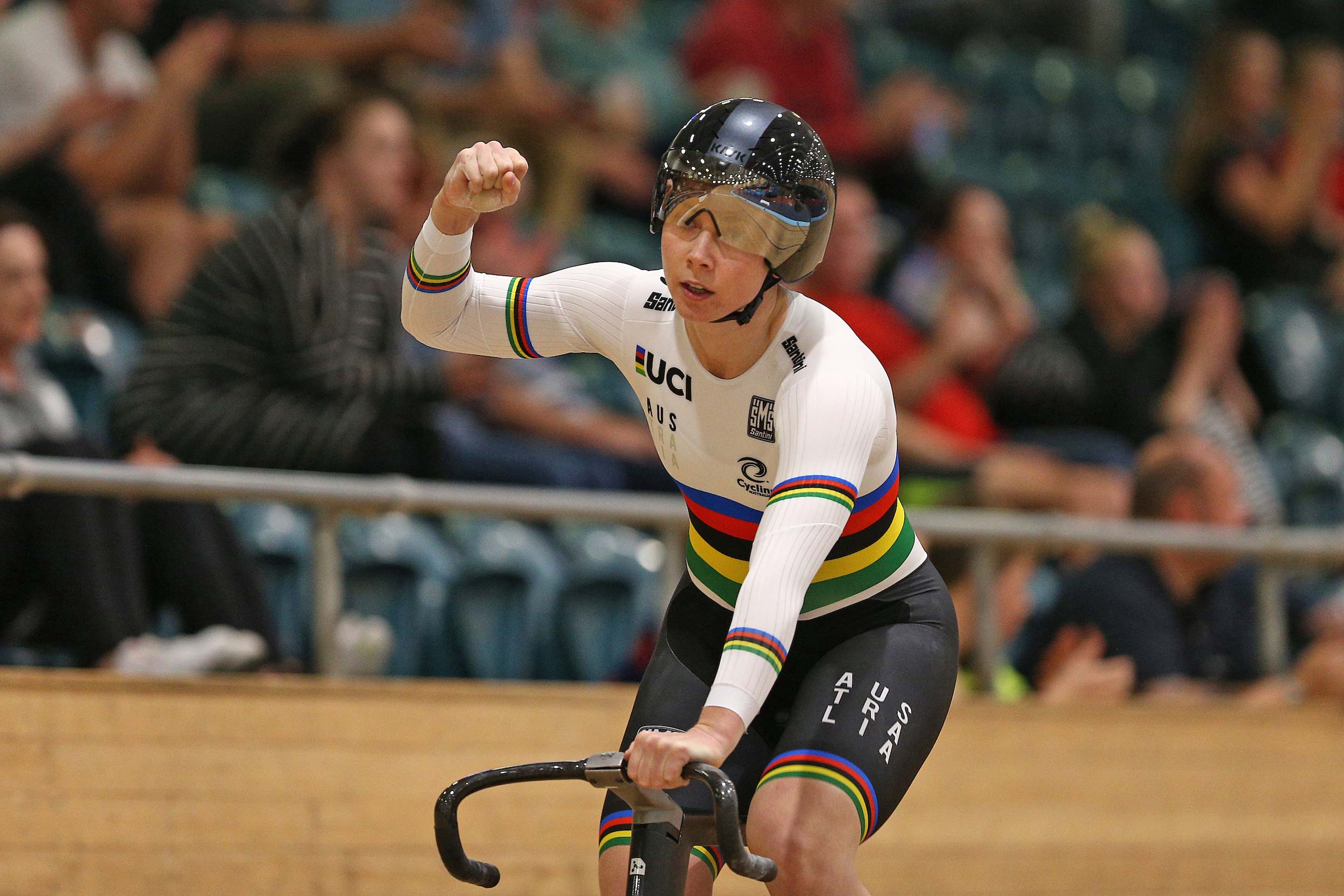 Kaarle McCulloch and Steph Morton raced in their rainbow jerseys, winning the team sprint in Invercargill. The sprinters’ bikes used more traditional handlebar shapes (albeit in the narrow trend we’re used to seeing) but with a different kind of stem configuration.