There was a flurry of additional activity in the Deceuninck-Quickstep workshop on Sunday morning.

Although the team’s bikes have been prepped by mechanics well in advance of the race this evening, some riders have been issued TDU special-edition aluminium-framed Allez bikes for the Down Under Classic… 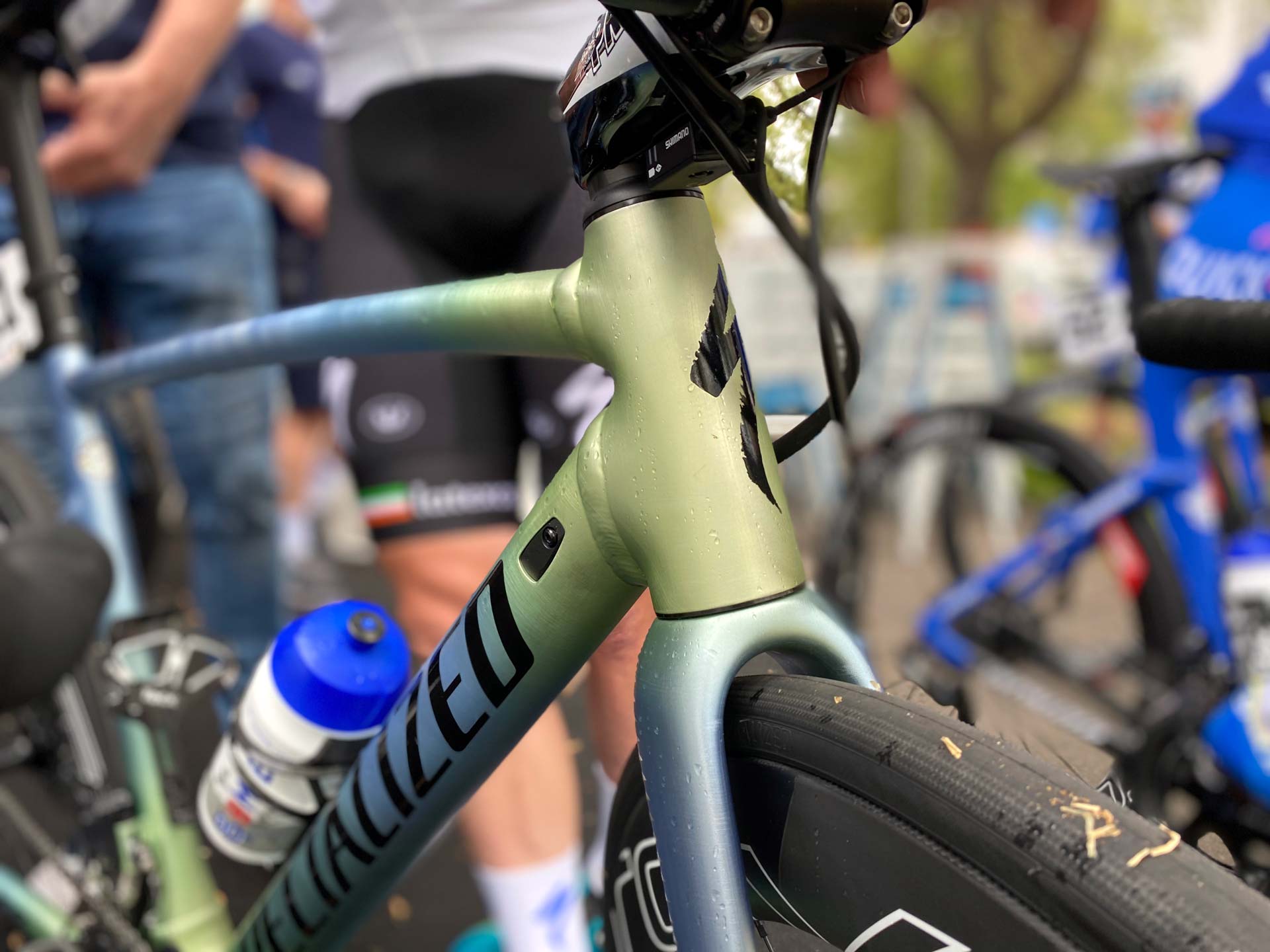 “I’ll be racing on aluminium tonight,” said the Wolfpack’s new recruit for 2020, Sam Bennett. “It’s a little bit heavier but I’m actually surprised with how it is.”

The Irish champion is one of the favourites for the Down Under Classic, a street race on a new circuit near the centre of Adelaide. It will be his first race with Deceuninck-Quickstep and early today he went for his first ride on the new bike that he says he’d like to call his own… once this promotion for the TDU special-edition Specialized is over. 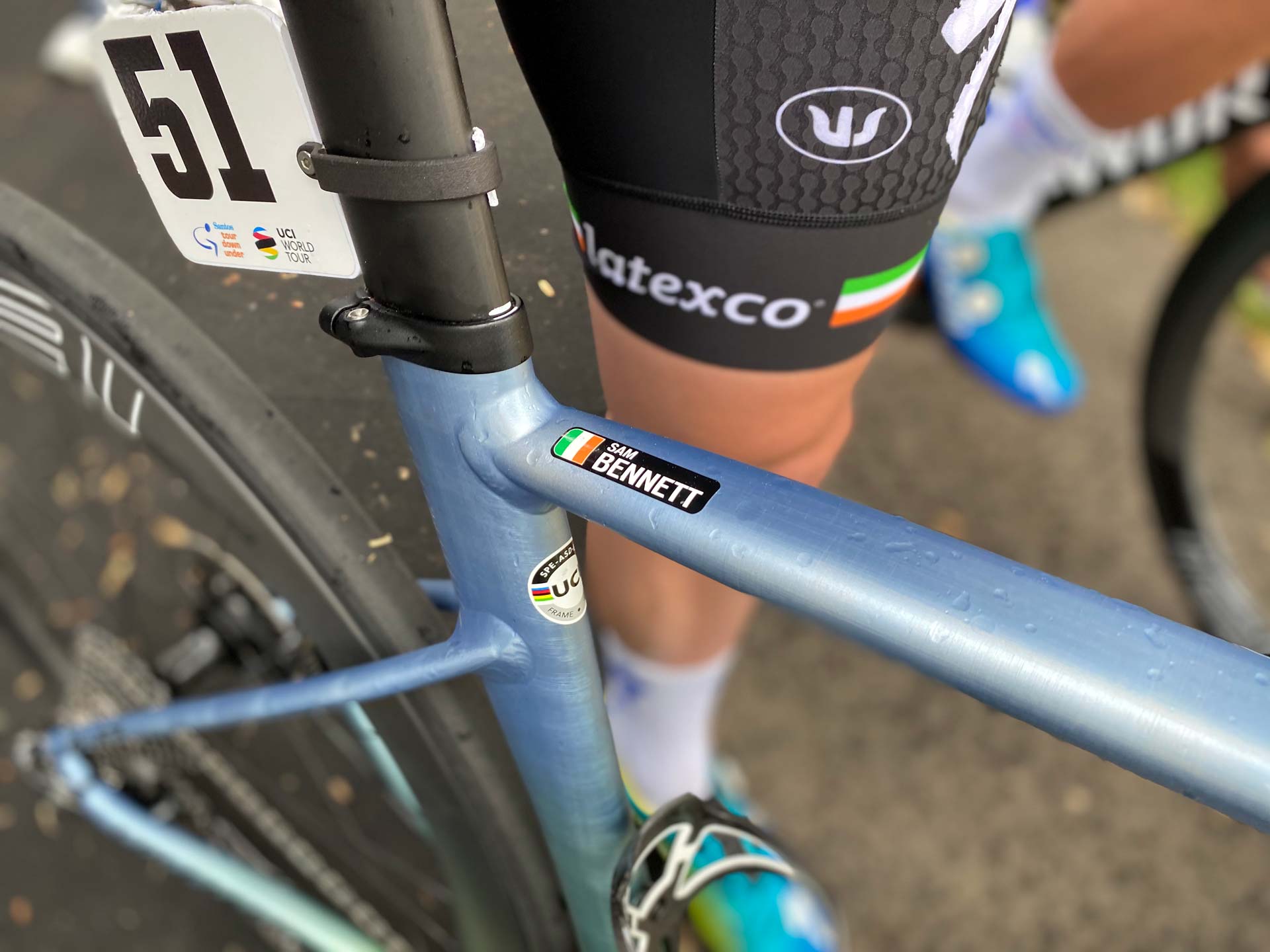 “Many of our WorldTour riders choose to kick-off their season in Australia, and some do it on the Allez Sprint,” says the company’s site. “That’s a moment worth celebrating through our Down Under Collection, with a limited colourway inspired by the speed and beauty of the Australian budgie.”

The budgie is a colourful small bird, popular as pets and with no link at all with cycling. (Those who know the Australian vernacular also recognise that ‘budgie’ is linked with a sport but the ‘budgie smuggler’ is something of a swimming expression… and another story all together.) 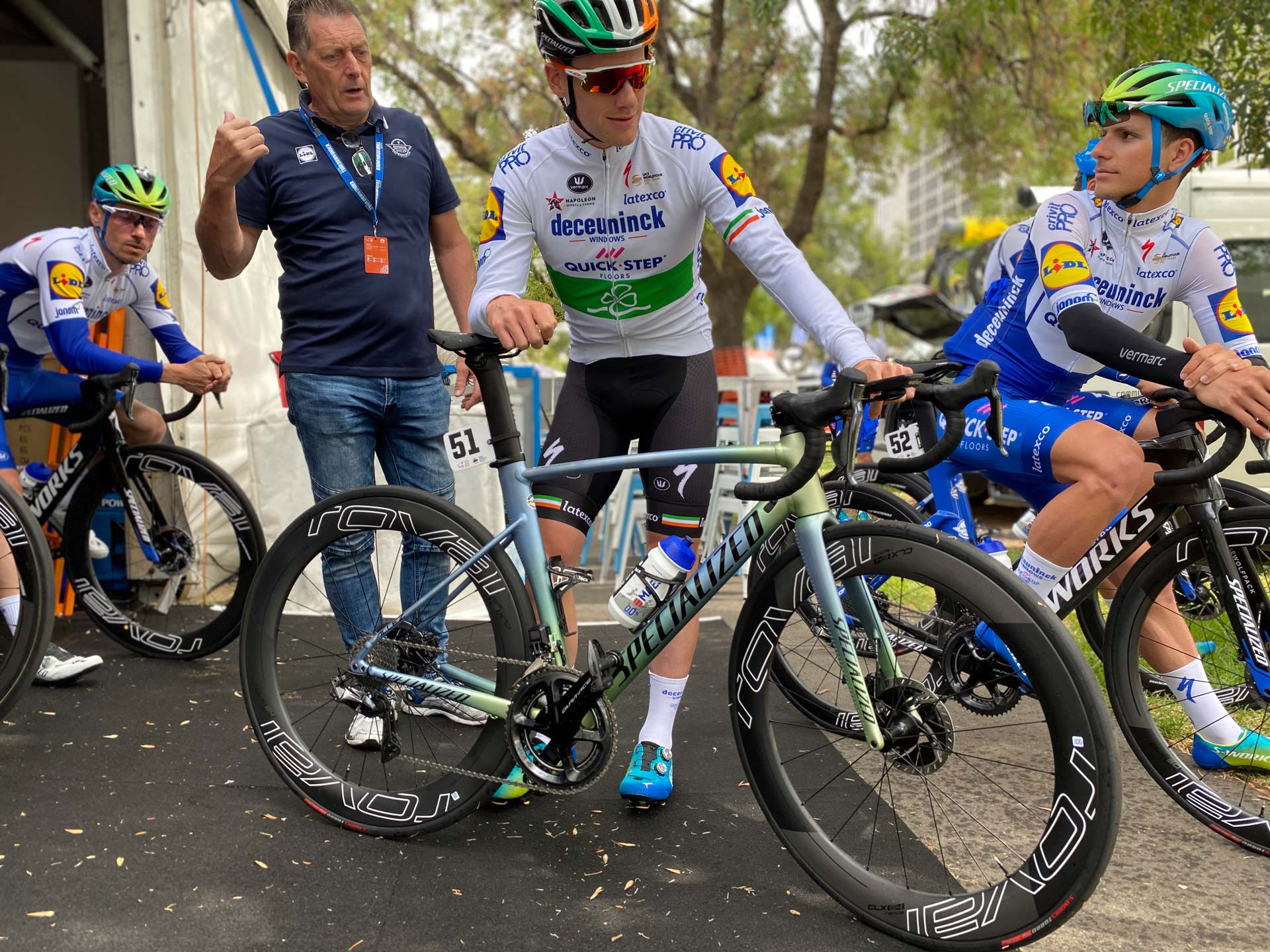 Some Deceuninck-Quickstep riders will use their standard race bikes but Sam Bennett (pictured) and Shane Archbold are two from the team who have the TDU Edition Allez prepared for the Down Under Classic.

Specialized has committed USD$100,000 to a charity associated with the bushfire crisis which is ongoing in Australia and the intention of the bike is to raise awareness of both the alloy Allez frame (of course) but also draw attention to the considerable cash donation that has been put up to “support wildlife relief efforts” after the devastating fires.

“It’s really stiff actually,” said Bennett about the bike that was prepared on Sunday morning by the crew of mechanics from Deceuninck-Quickstep.

“It’s one of the stiffest bikes I’ve ridden.

“I’m really impressed with it actually,” continued Bennett, before adding: “I’m trying to buy it from the team… but I’m waiting to find out if that’s possible.” 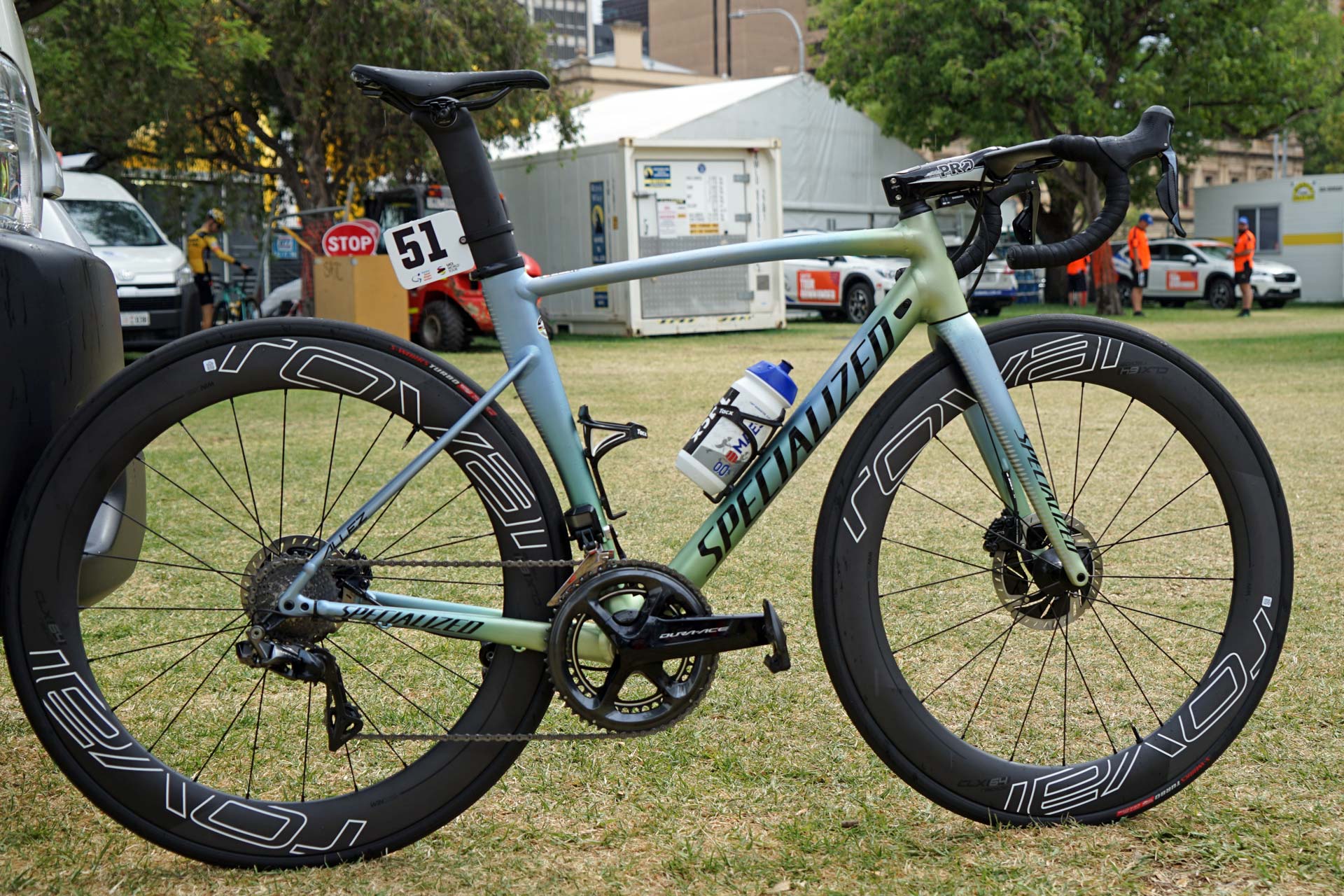 There is a menu of frames on offer for team riders, with the carbon-fibre Venge and Tarmac usually the choice for the pro team. But the circuit race is a fine time to put the alloy Allez to the test in a top-level race.

“The last time I owned an aluminium-framed bike was when I was about 15 years of age.

“But this is nice and we’ll see how it goes tonight.”