As the components for the #ProjectCaledonia bike build arrived, it seemed logical to showcase some of the features before ride time. In the video below, we do a rather pointless experiment using SRAM’s eTap wireless shifting technology…

Watch the YouTube video (above) to see how far away you can be to still shift using SRAM’s proprietary Airea wireless technology.

Of course, if you’re going to change gears on a bike using SRAM’s wireless eTap groupset – available in both Red and Force, standard and now ‘wide’ (as well as the MTB option, ‘Eagle’ collection) – you’re going to have both the levers and the derailleurs nearby each other.

You know how it goes, the levers are on your handlebars, the derailleurs are attached to the frame. There may be a small distance variation depending on the size of your bike but generally it’s around 80-85cm for the front mech, and roughly 115cm to the rear.

Still, there is a compulsion to experiment when there’s interesting tech like this. 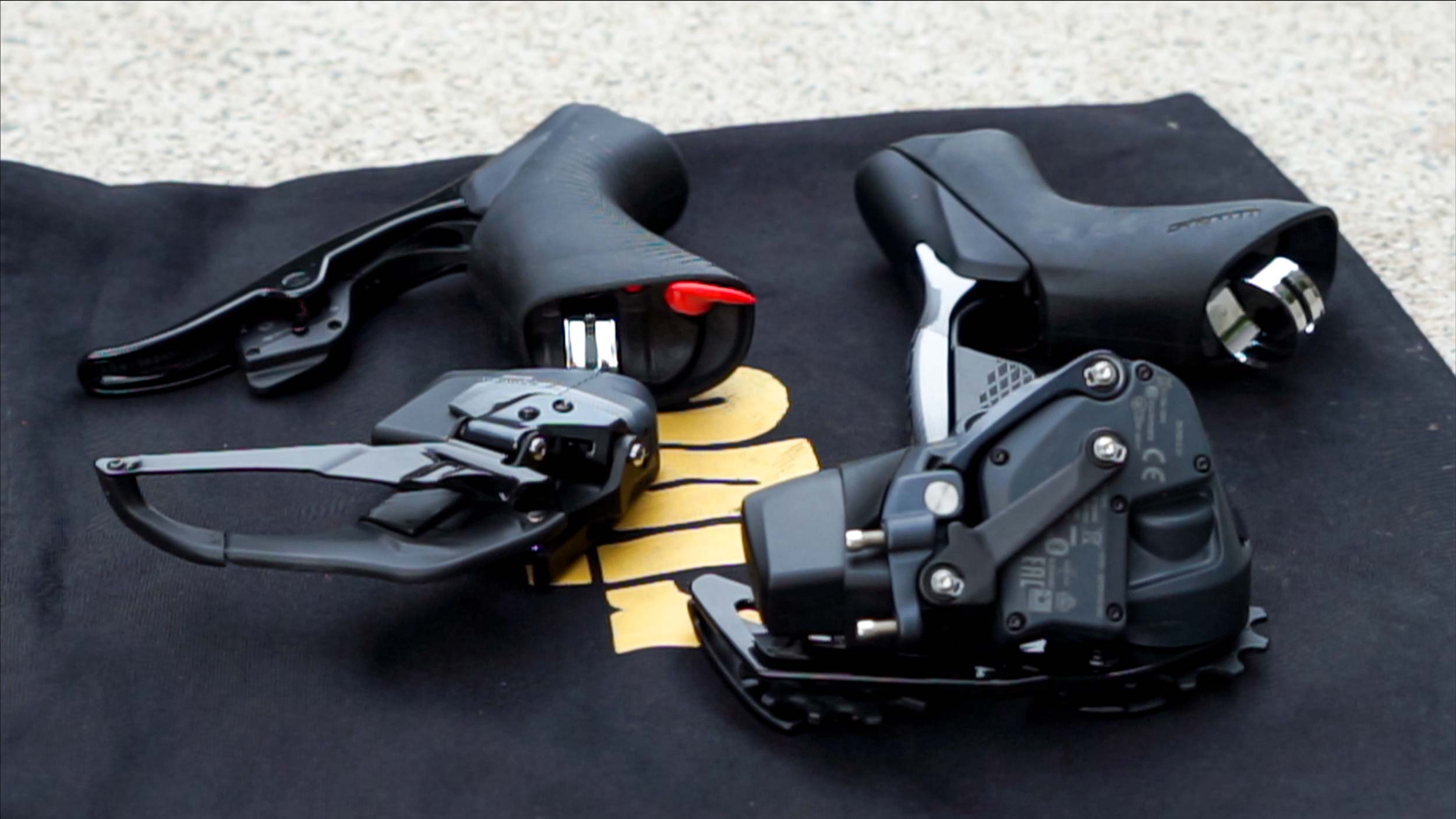 Levers and derailleurs together… before we set off to see how far apart they could be and still function.

If you’ve ever handled an eTap groupset, and paired the levers and derailleurs before they go on the bike, admit it… you enjoyed making the derailleur dance a little by effecting the shift from afar and watching it wiggle.

I remember doing it at the product launch years ago, sneaking away from the stand with the right lever and, while a presentation to retailers was going on, I started making the rear derailleur move.

The bike shop owners, new to the product, were amused. “What’s going on!?”

The SRAM man rolled his eyes and looked around the room for the culprit. He knew shifts could be done from afar, and he realised there was a missing lever.

It was funny then, and it is still interesting to do today… again, just for giggles. 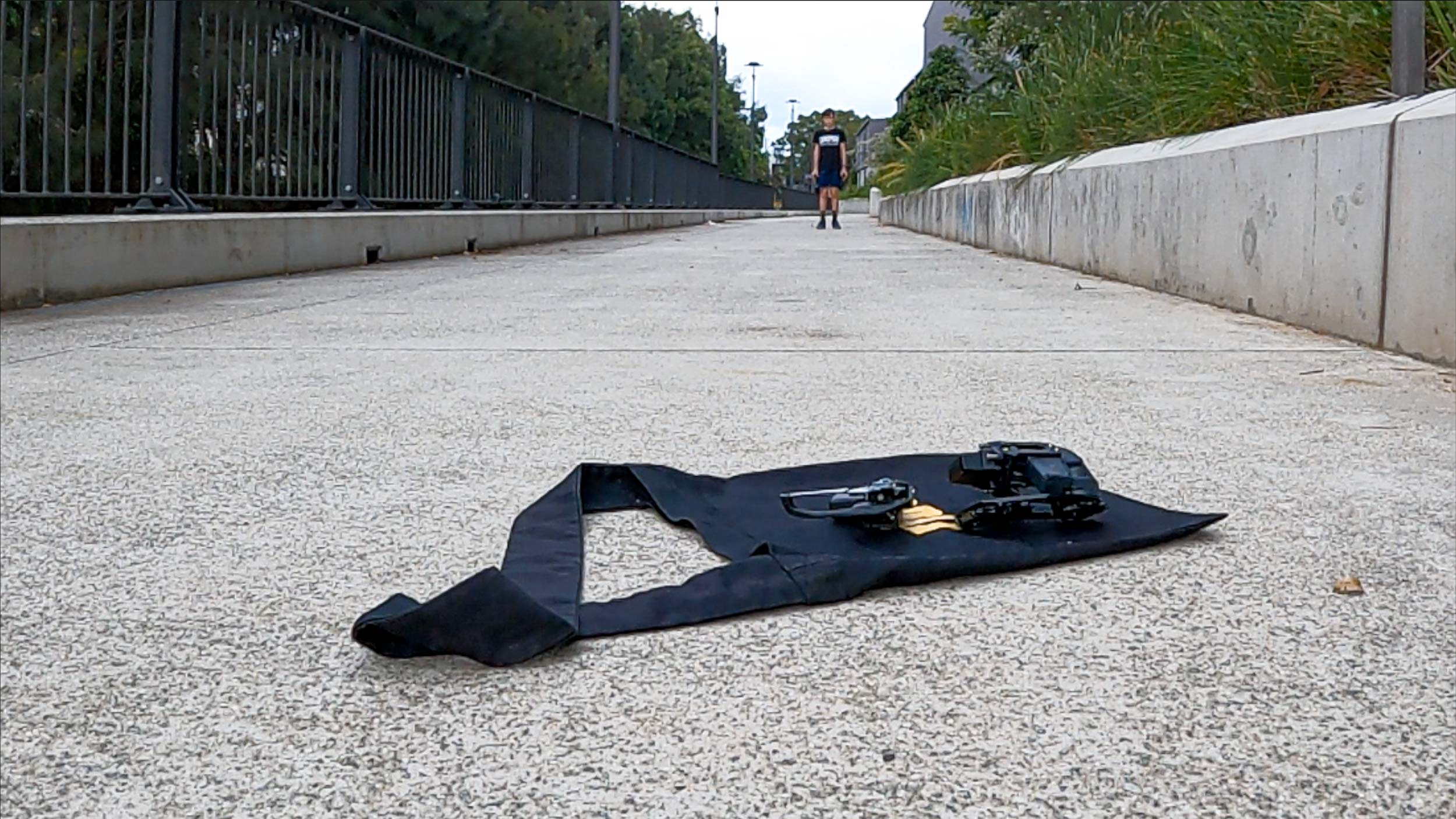 In our experiment, there were shifts done every 10 paces or so until the signal no longer reached the derailleurs…

As you’ll see in the coming days, the Cervélo Caledonia frame that I’m building will soon boast the new ‘Wide’ groupset from SRAM. It is the same tech but, as the name suggests, it has different measurements to the ‘standard’ offering that I’ve been using on my personal bike for around 20 months.

More will be revealed as this project evolves, but the basics of it is that the ‘Wide’ offering enables more creativity when selecting your gear ratios and more clearance for the growing trend of ‘gravel’ bikes with wider tyres, etc.

Already, after having spoken with the SRAM people and a few mechanics, it seems that the end result will be that the Caledonia frame will end up with a 1X system. Goodbye front derailleur, hello road bike with a cleaner aesthetic and still plenty of range for the gears. (But we’ll come to that later.)

For now, this story is to explain why we did what is a largely redundant, pointless experiment.

Shifting with eTap: how far can you go?

Before being attached to the bike, we set off to a nearby footpath that offered sufficient distance and minimal distractions from passers-by. With a couple of cameras and the AXS levers and derailleurs, our aim was to find out how strong the proprietary Airea wireless signal is.

How far away from the derailleur could we go and still effect the shift?

Of course, there’s no need to worry about this distance because, as explained, the items are generally reasonably close to one another (ie. on the same bike). But once I told a few people about the experiment, the conversation flowed surprisingly quickly.

“So, what if you had blip in the team car, following the peloton and the rider’s cadence is too high…?”

“Nah,” came the reply, “the blips need to be attached to the lever.”

“What if you could interrupt the signal and have the DS shift the gear instead?”

Still, it was interesting to see the reaction from guys in the workshop. The thought-bubbles were growing… and duly popping when every concept conjured was promptly debunked.

It’s worth noting that, in the timelapse in the clip above, you’ll see me quickly jump in and shake the derailleurs to… ah, bring them back to life a little. We realised that, while the signal is strong, the system seems designed to go to ‘sleep’ if the derailleur is idle for a little while.

I’ll check with SRAM, but my hypothesis is that there must be some kind of motion sensor that ignites the battery and tells it, ‘Okay, you can shift gears now…’ And that’s a good thing because, quite obviously, if it was always active the charge would run low much faster.

Anyway, that’s the intro to the video. Click ‘play’ and find out more. How far can you go? It’s quite a significant distance, in fact.

(Okay, spoiler alert – in case you want to watch the clip and hear my son explain how far away he got before the lever no longer made the derailleur dance… but in can now explain that, in our experiment, Louis was 62 metres away when eTap stopped shifting.) 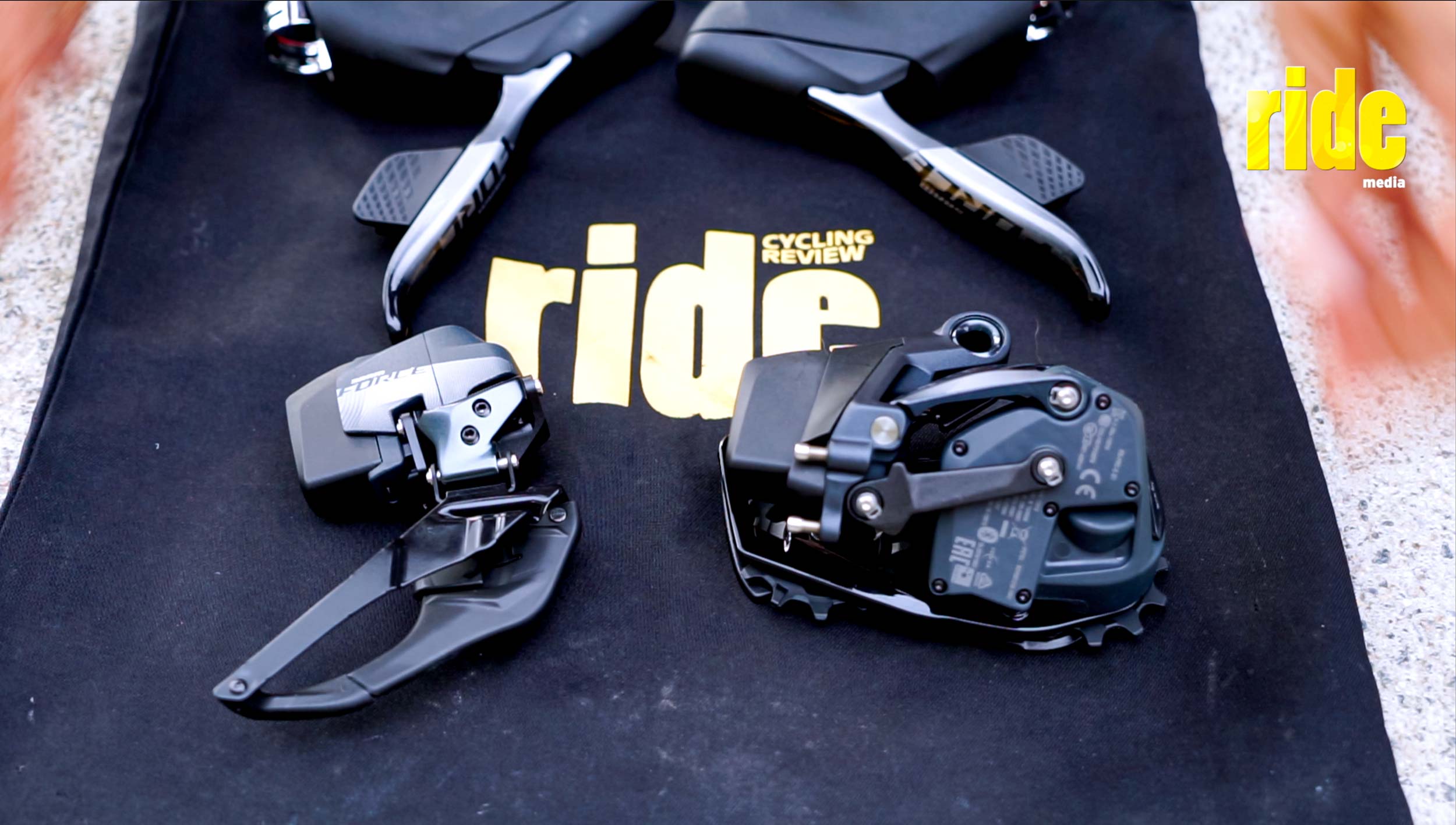