A review for a product that’s far from new. After almost two decades, Rudy Project’s Rydon sunglasses continue to set the standard for cycling eyewear.

This is a review that has been almost 20 years in the making. Had it not been for the insistence by Australian Rudy Project agent that the Rydon sunglasses were the best possible design for cyclists, I may not have ever tried them. Thankfully I have, and these sunnies are high on my list of favourite cycling products.

Greg Rule has been nagging me to use the Rydon sunglasses since we met in the early-2000s. And finally, towards the end of 2019, I took him up on the challenge. And I’m extremely glad I did.

The Italian company never abandoned the cycling scene but it is enjoying a resurgence of sorts.

This year, Rudy Project jumped back in the top-tier of the pro peloton with its eyewear sponsorship of the Lotto-Soudal team. Those who have followed the sport for some time, know that its heritage harks back to the early-1990s when none other than Miguel Indurain first gave the brand prominence. Fast-forward to 2019 and you’ll note that Caleb Ewan has become one of the Rudy-sponsored stars in the peloton.

As impressed as we are of Ewan’s performances during his first year with the Belgian team, he is not the reason that RIDE Media is now reviewing a product that first appeared on the market back in 2002/2003.

The reason for this dose of cycling product nostalgia is the pride that Greg Rule has for the Rudy Project brand. 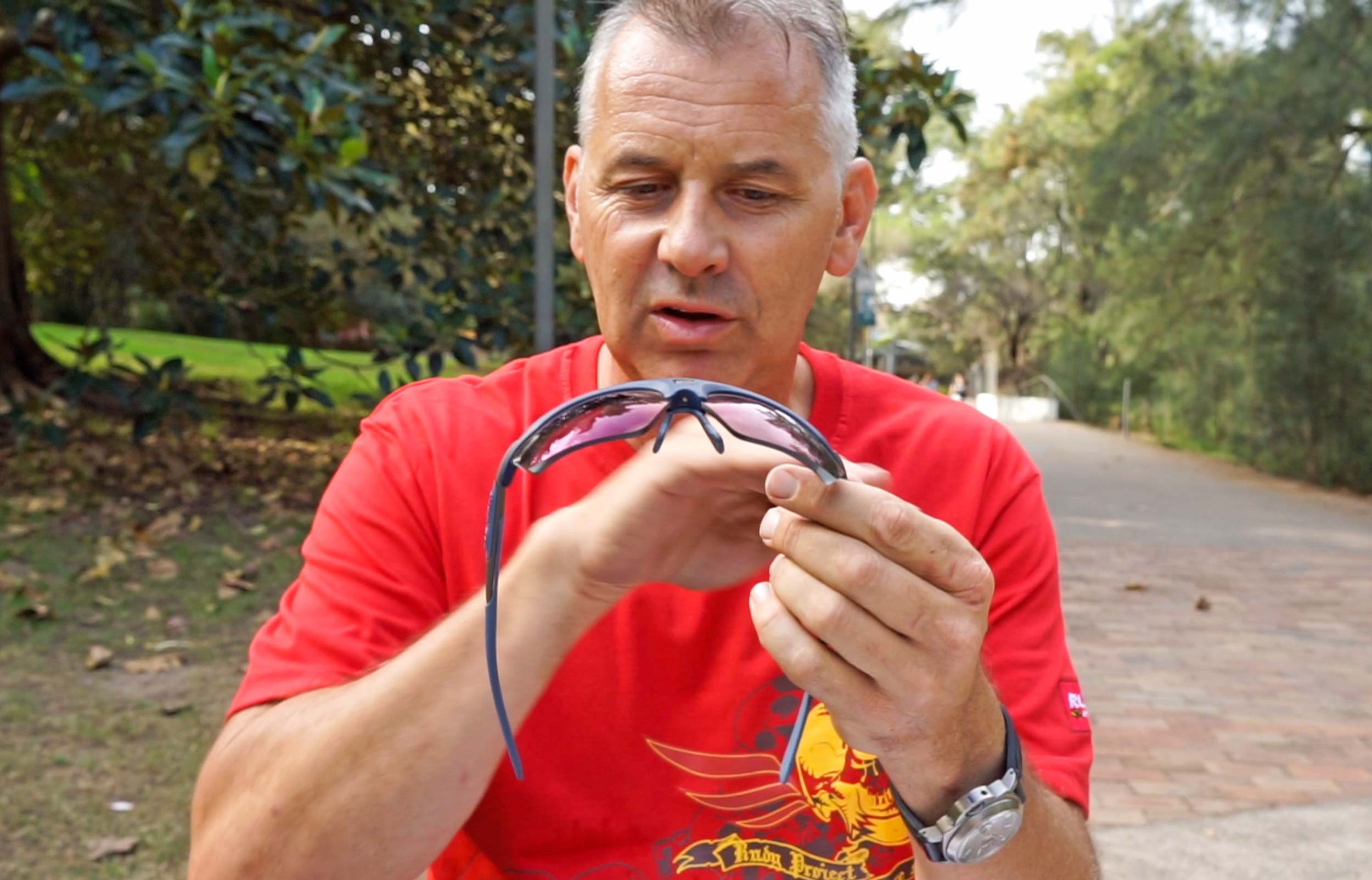 Greg Rule (above), the man behind Rudy Project in Australia.

Rule has a long history with cycling and product distribution, and although he still races on the local Sydney scene these days (many years after his first dalliance with competition) he has become an eyewear expert because of Rudy Project.

His initial passion in the cycling industry was rubber, more specifically: tyres, bicycle tyres, when his family managed the distribution of Continental all those years ago… then came other brands: Ridley bikes, Corima wheels (and, back then, frames), even Limar helmets for a little while. But it was Rudy Project that became his focus.

These days, Greg Rule is more of an optometry consultant than a cycling product salesman. He knows all about vision after almost 20 years of helping people see better.

Get him talking about eyewear and you may still be nodding along a few hours later… and yet he’ll still have more to stay. 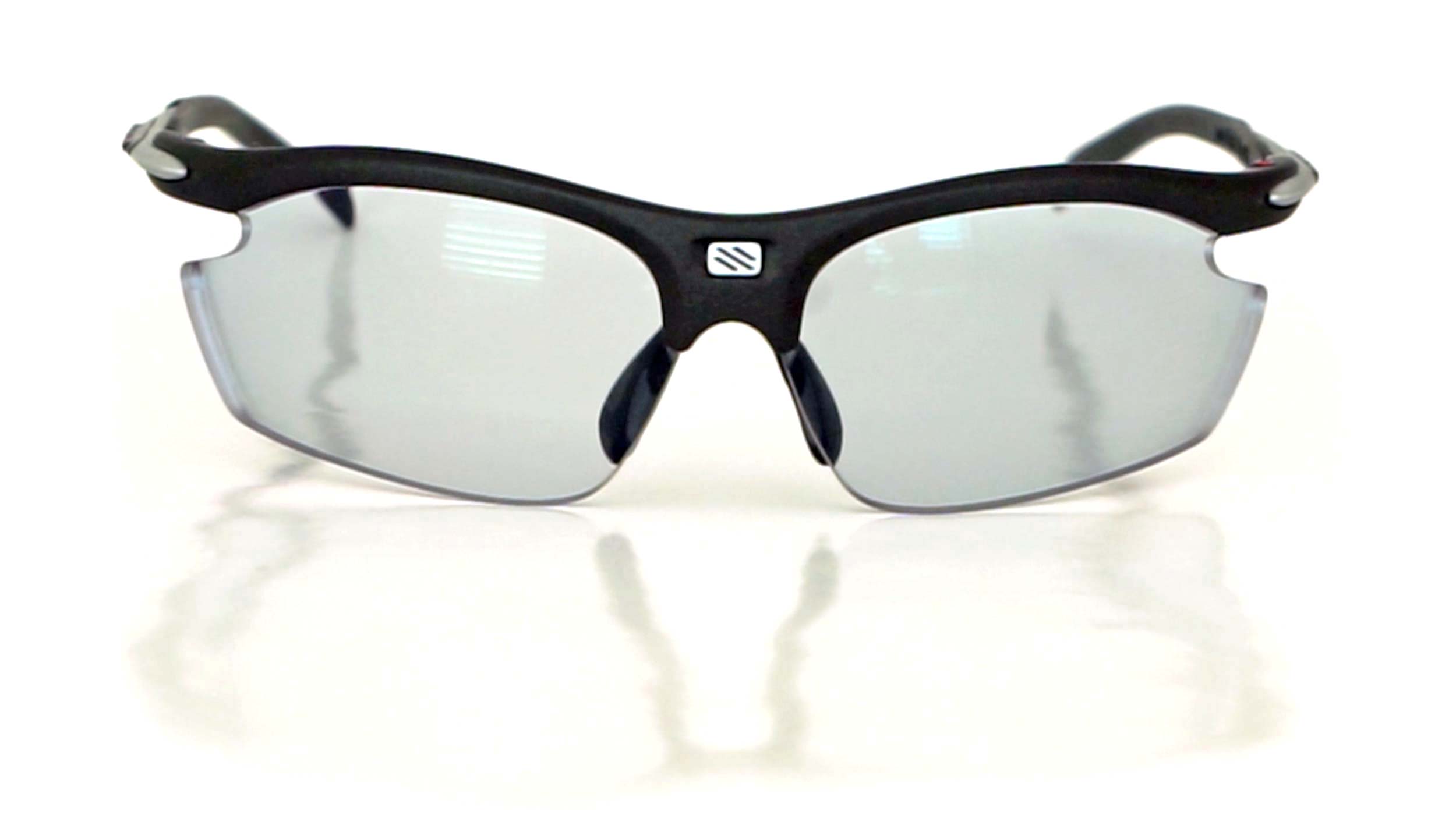 There’s a considerable range of sunglasses (and even a few new helmet shapes) in the Rudy Project product line but the Rydon takes pride of place in the catalogue largely because – even after over 16 years on the market – it continues to command strong sales.

In a product category that can be so heavily influenced by trends, it’s rare to see the kind of longevity that the Rydon has enjoyed.

According to Greg, “it has been around for 16 years and it’ll be around for another 100 years, it sells that well”.

You’re not likely to find Rudy Project’s Rydon in the local optometrist, but that’s more because of retail politics (and brand allegiances of the major outlets) than anything to do with the merit of the product. 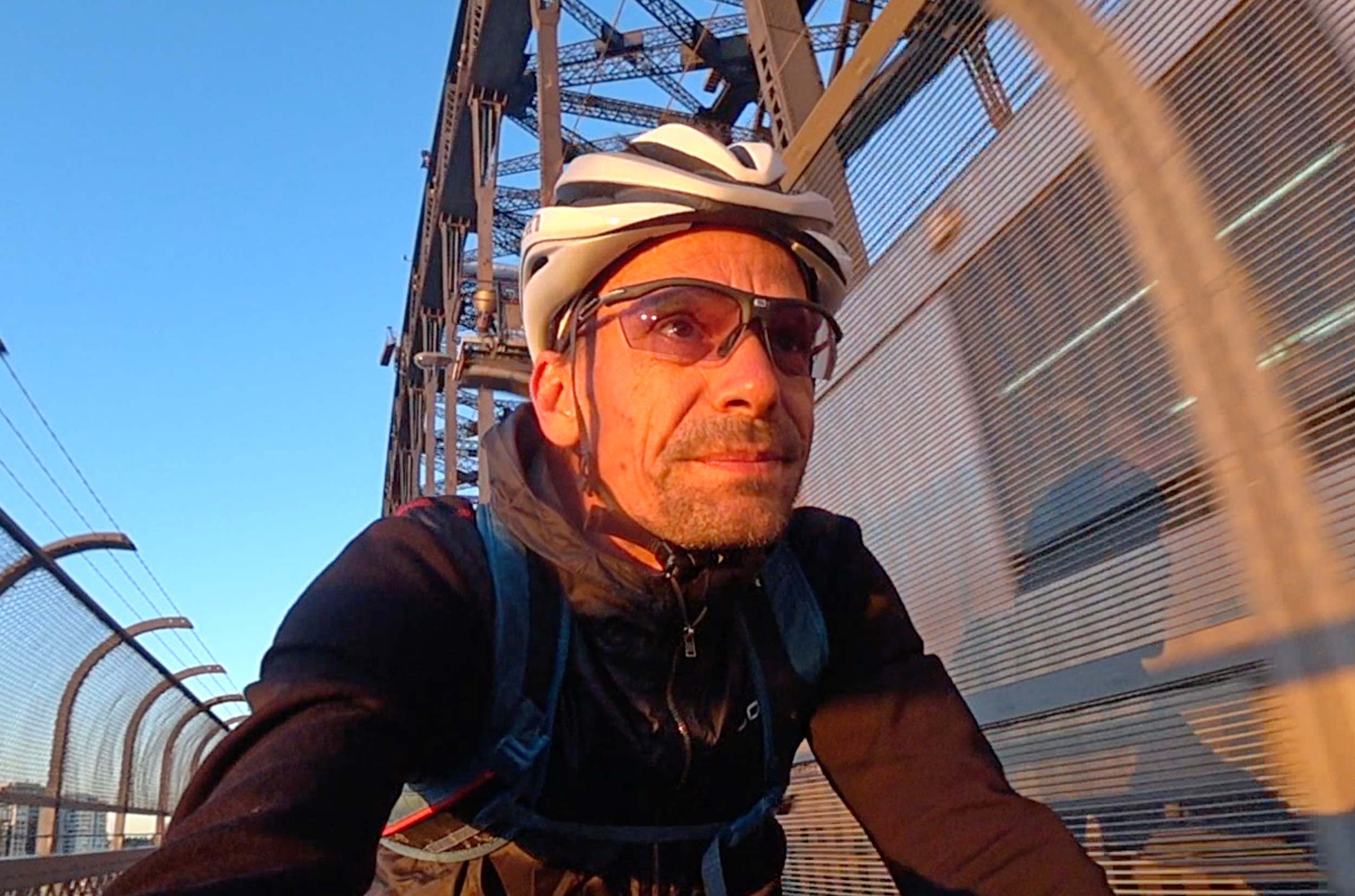 They may not be available in the shop at your local mall but ordering prescription sunglasses by Rudy Project is both fast and easy.

Visit your local optometrist, get your eye test done, collect your script (or have them send it to Rudy Project direct)… and, ta dah, within 10-14 days, you’ll have your new glasses.

It’s not a cheap exercise, but it won’t take long before you realise it’s a worthwhile one.

Good sight is one thing that shouldn’t be compromised when you’re riding. And the flexibility of the Rydon frames virtually assures any cyclist of a sure fit and no mid-ride jostling to keep them on your face. 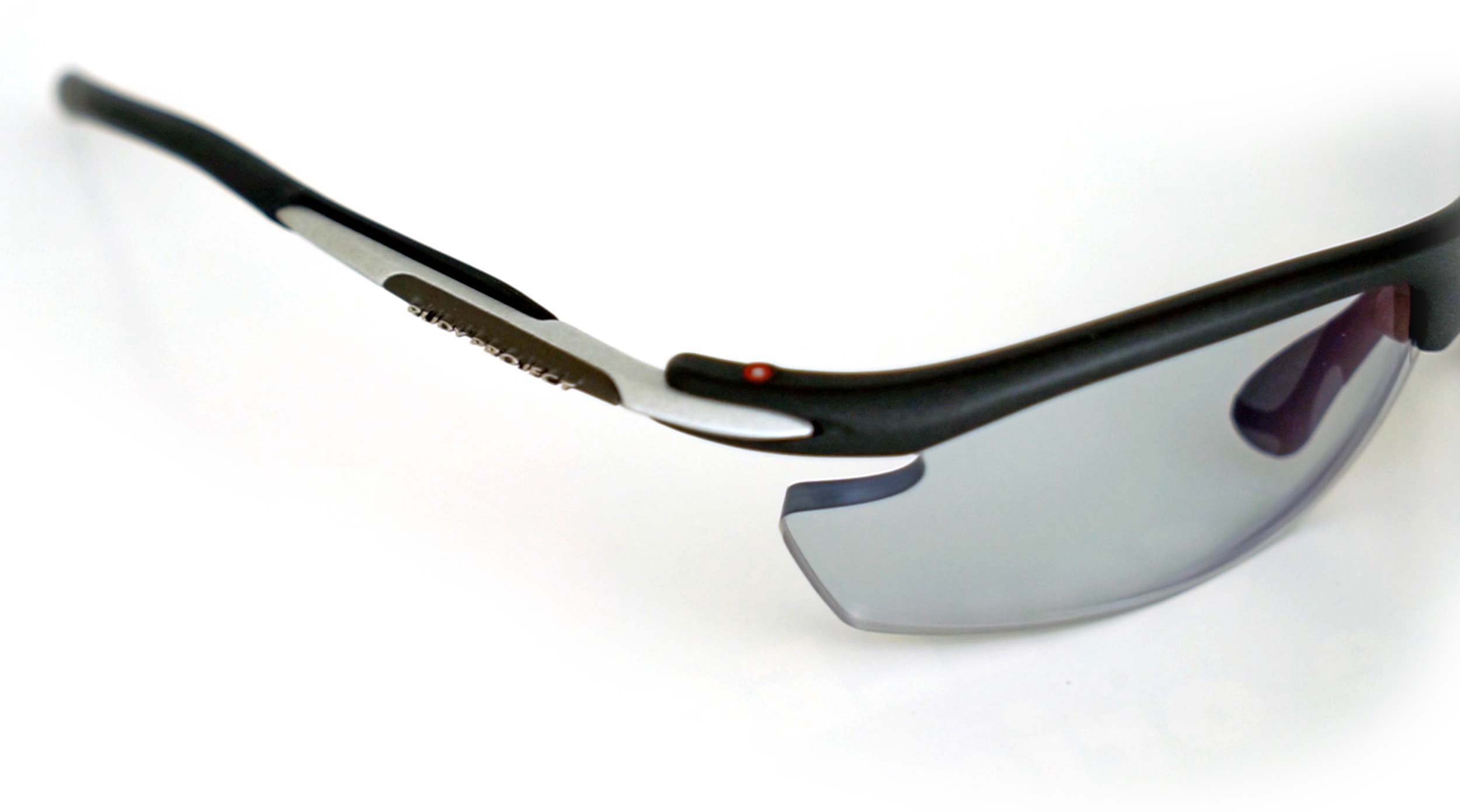 I can well remember my first dalliance with the joy of prescription eyewear after driving off the ferry in Belgium late one night in early-July 2007. With the journey to Gent still ahead, my eyes were in disarray. I blamed fatigue. Ignored the warning signs of blurred vision. Rubbed my eyes a little more and kept on driving. This was after the hectic beginning of the Tour de France that year; starting in London (another prologue victory for Cancellara) the race then set off to Canterbury where Robbie McEwen scored an impressive stage win, the last of his 12 at the Tour.

Interviews conducted, transcription completed, and stories uploaded, it was time to catch the ferry to the European mainland. At around midnight that Sunday night 12 years ago, the road signs became smeared and no amount of blinking helped them come back into focus. While driving, I asked a colleague if I could borrow his glasses and – voilà – in one serendipitous moment it became apparent: I needed prescription eyewear!

Turns out my colleague’s script was almost exactly the same as what optometrists would determine mine to be. It was a hallelujah moment.

Weeks later, when I finally collected my own glasses, I found myself screaming out numbers beamed onto my TV screen and letting everyone and anyone know the cost of what was being advertised.

“Why are you telling me this?” my wife asked.

“Because I can see. I can read the numbers. It’s no longer just a blur!” 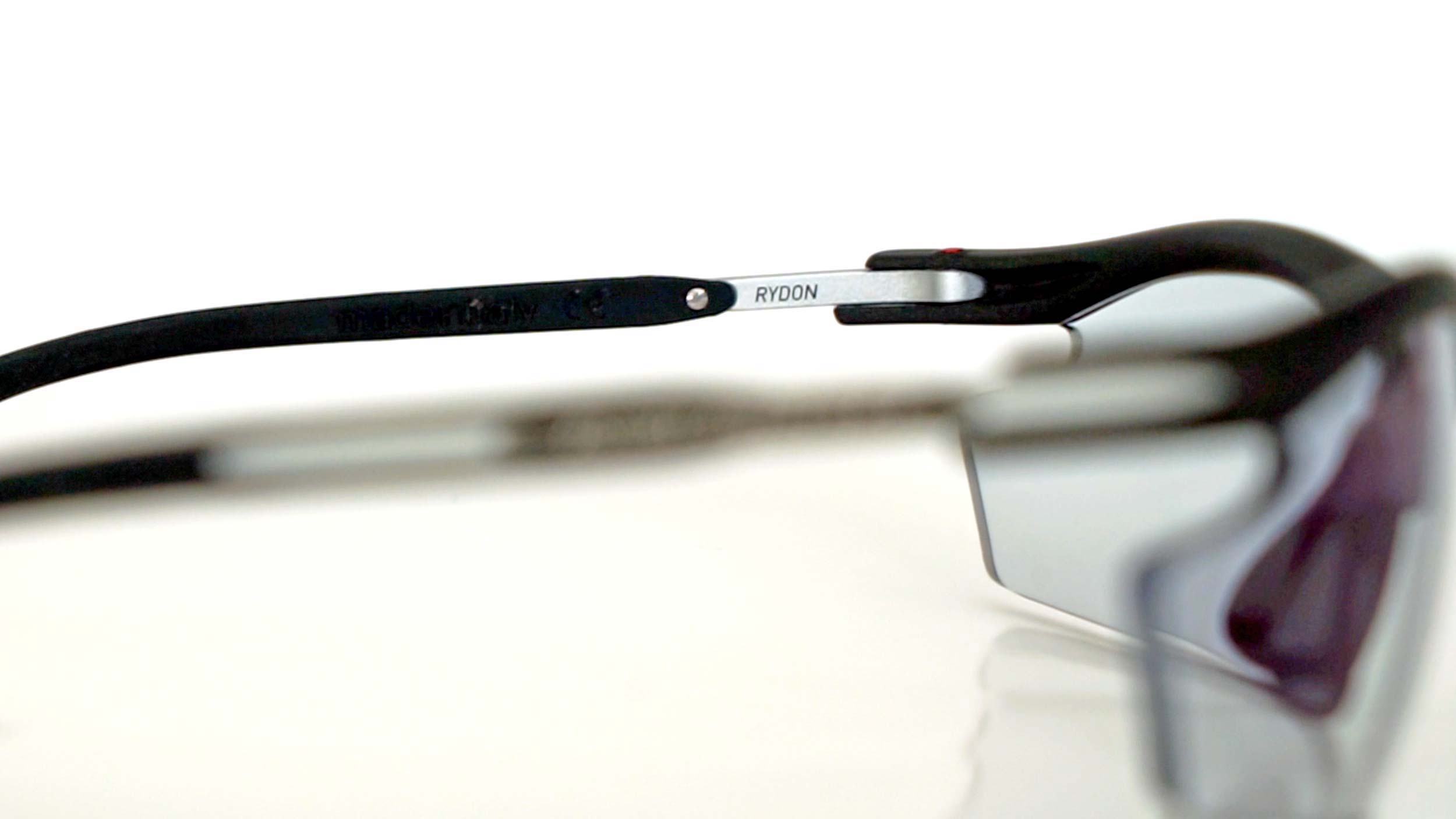 Surely, I’m not alone in having had that revelation. It’s part of getting old. And I no longer fight it, even though packing for any outing had become a lot more complicated than it once was.

At the most recent Tour, I juggled between four sets of glasses: my usual pair (titanium frames, rimless lenses by Lindberg), my reading glasses (also by Lindberg but with a different script), my sunglasses (heavy, scratched ones that inevitably – and regularly – slide off my nose, particularly when sunscreen is applied, by Persol), and my new favourites: the Rydon by Rudy Project.

I have the other options because I’m not a fan of wearing sports eyewear all the time. Still, what do I wear most of the time now? You guessed it: the Rydons!

When Greg Rule handed over the sunglasses on the day we recorded the interview (see the YouTube clip) he tweaked the Rydon arms and fiddled with the nose piece, handed them back and said, “You won’t know yourself. Cycling just got better.”

These days, I put my helmet on and then my sunglasses. And that’s it, I don’t touch them again until I’ve finished the ride. It doesn’t matter if I’m on the trails or the road, out with the kids or flying down a mountain on my own. They stay in place. They don’t need adjustment. They provide clarity of vision and protection from the sun.

The Rudy Project Rydon sunglasses you see on this page have become one of my all-time favourite cycling products and, I’m pleased to admit, I have even begun using them when I’m not on the bike.