The cycling season suffers another pandemic-related change with the road world championships that were due to be contested in Aigle-Martigny, Switzerland (20-27 September) cancelled. The UCI states: “New location TBC.”

With visitors from over 45 countries being subject to strict quarantine requirements in Switzerland, and no certainty about how long these measures are going to last, the decision has been made to cancelled the planned road cycling world championships in Aigle-Martigny.

The news has been confirmed by both the organising committee and the UCI.

A graphic on the tweet about the news from the UCI suggests that there is still hope of the worlds being raced in 2020 and there is talk about there being a move to Italy, but nothing formal as yet.

“The organising committee of the 2020 UCI road world championships in Aigle-Martigny has taken note of the ruling from the Swiss Federal Council regarding the measures aimed at fighting against the COVID-19 pandemic in special circumstances, which stipulates that major events with more than 1,000 visitors or involving more than 1,000 people are not permitted until 30 September 2020,” reads the official statement.

“Therefore, the organisation of the 2020 UCI road world championships in Aigle and Martigny is impossible and also because since 8 August more than 45 countries are subject to quarantine when entering Switzerland, which would not give the event the necessary recognition and would not allow many of the 1,200 riders, from juniors to elite, from 90 countries, the opportunity of coming to defend their chances.” 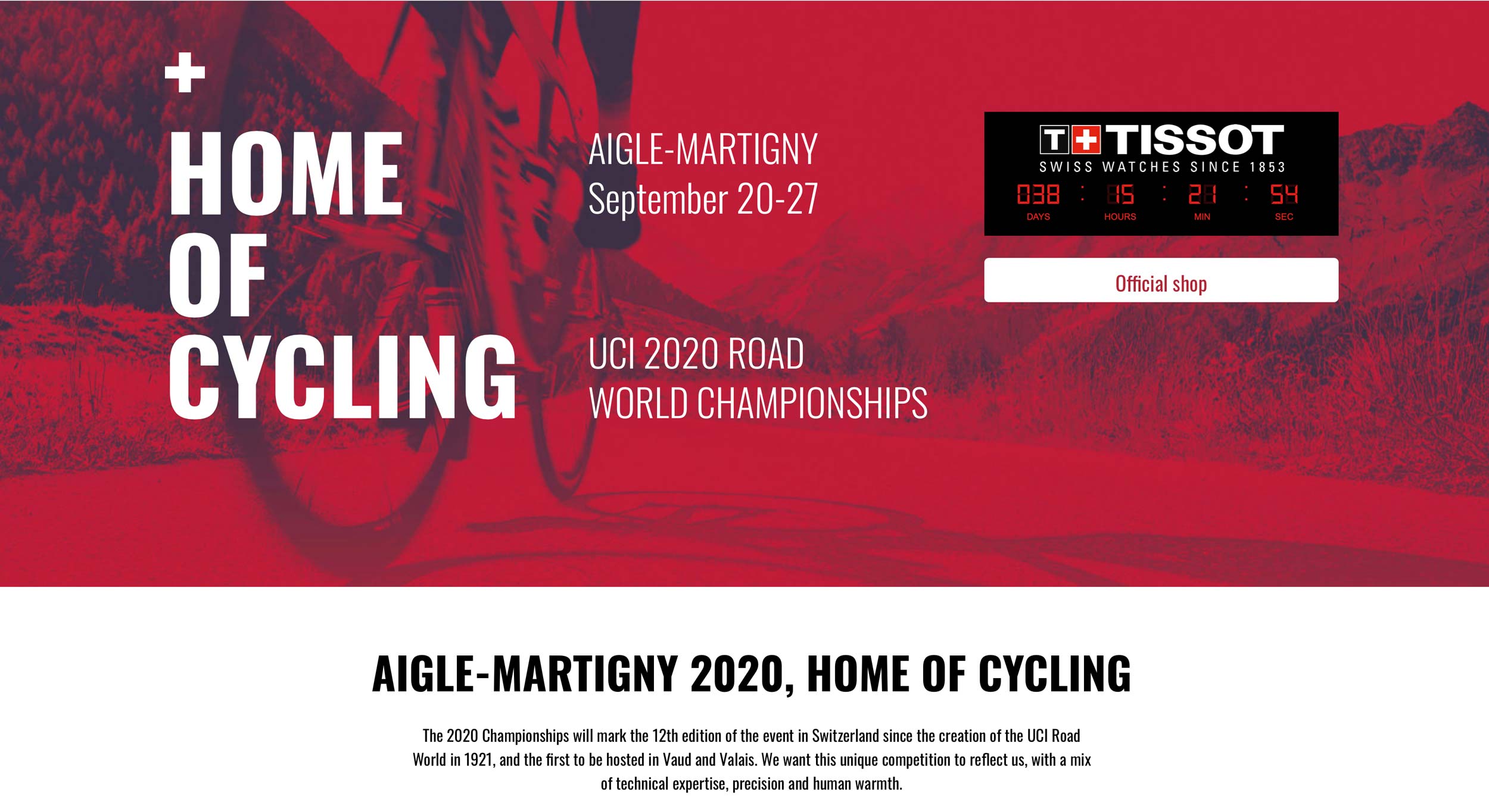 Aigle is where the UCI is headquartered. With 38 days to go until the world championships were due to be contested there, the organising committee capitulated and conceded, noting that it would not be possible to host the championship in September 2020 because of the pandemic.

Twelve hours before that statement was issued, Cycling Australia’s CEO Steve Drake, had explained that the chances of national representation at the worlds in 2020 was going to be compromised. “Our primary concern is the health of our athletes and staff,” writes Drake.

“As such, CA will not be conducting any national team campaigns or projects outside of Australia before 1 January 2021.”

There are provisos that should mean athletes who are based overseas may get their chance to compete but, at this stage, it’s not known where the road races may be.

The UCI president David Lappartient had said there would be no alternative option if Aigle-Martigny was not able to host the 2020 championships, but solutions are indeed now being looked at.

“We are sad and disappointed,” continues the organising committee’s release, quoting Grégory Devaud and Alexandre Debons, co-president of the Swiss championships.

“We have worked hard for more than two years to deliver a magnificent event on an extraordinary circuit.

“In spite of the constraints due to the COVID-19 pandemic, we continued to work with passion to organise the UCI road world championships, which would have been remembered for their sporting value but also for the beauty of our cantons and the richness of our culture and region.

“We realise that the national and world health situation requires precautionary measures and our thoughts are with all those affected by this virus.”

Australia has hosted the road cycling world championships once before, in Victoria in 2010, and the event is due to return in 2022, with Wollongong winning the bid two years ago.

The cancellation of the racing in Aigle-Martigny happened while races are being contested in France, Italy and Poland. In the coming days, there are more road races scheduled, with events in Latvia, Italy, Belgium, and France.

Numerous cycling events have been cancelled or postponed because of the pandemic and we wait to find out if the worlds can proceed in 2020, and where that will be.