Alex Dowsett, ready for an hour record attempt at Aguascalientes

An hour record is something few riders dare attempt. Some may try it once and – succeed or fail – that’s enough to convince them never to put themselves through that pain again. Alex Dowsett held the record for 36 days in 2015. He covered 52.937km in 60 minutes. Later today, Mexico time, he will try to break the magic mark again…

Victor Campenaerts cracked the 55km barrier to claim the hour record in April 2019. The Belgian paced himself around the boards of the velodrome in Aguascalientes and stopped the clock at 55.089km. It’s a crazy distance for a cyclist to cover in an hour. The mind boggles at the idea of maintaining that pace for so long. It’s fast enough to frighten even the best riders in the world.

There’s a reason why cycling’s hour record holds such prestige: it’s a rotten thing to do. It hurts the body and, some say, destroys the mind. 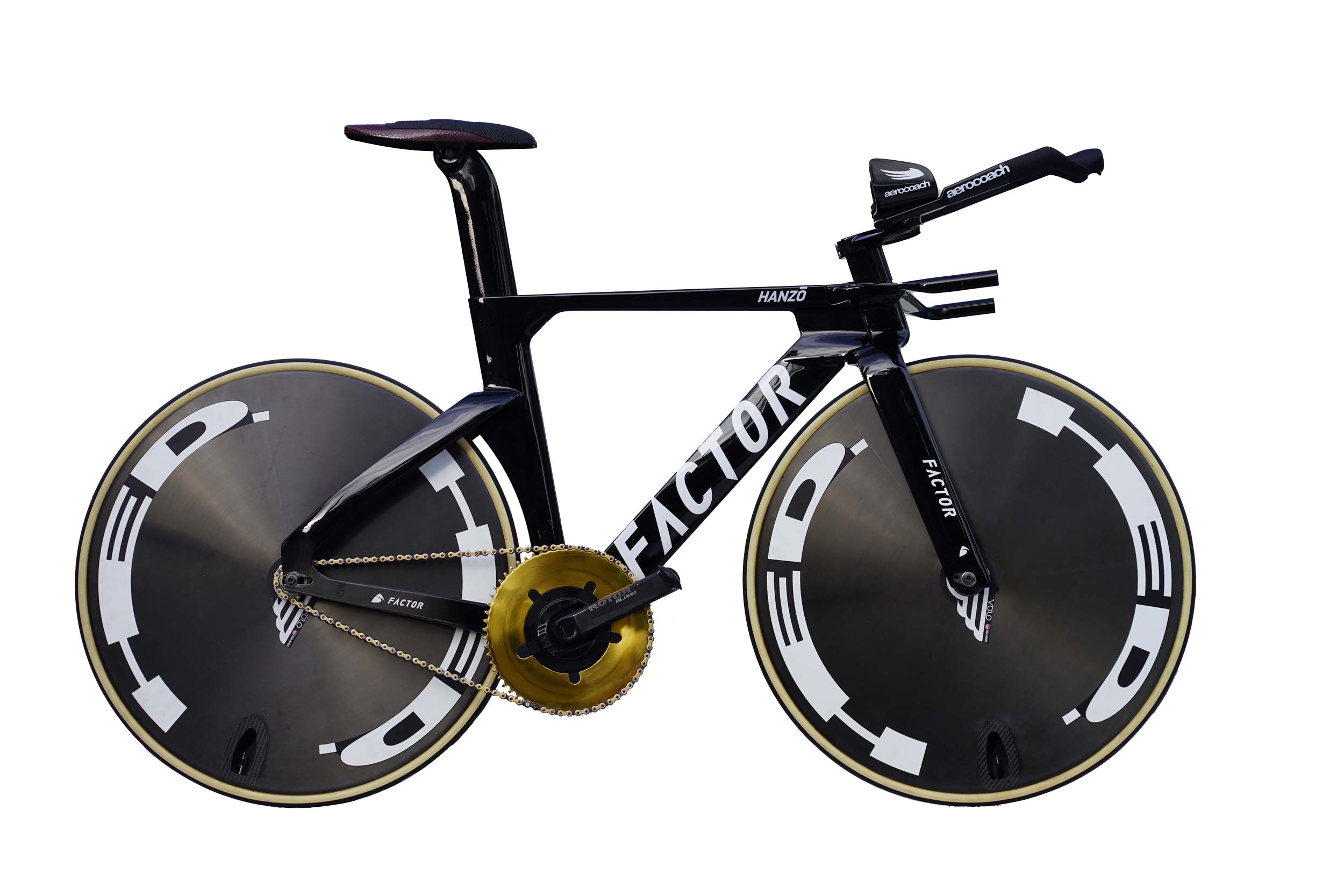 Brad McGee tried it once. He was a pretty reasonable bike rider in his day. Actually, he’s a total freak who set all kinds of precedents during his racing career (one cut short by a few years because of a back injury he could never properly remedy). At the age of 21, he set the Australian record (at the time). He rode 50.052km. Years later, he told me, “That hour essentially wasted me for the rest of the season – I never fully recovered.”

Alex Dowsett understands the torture test. He too has ‘done the hour’, and he excelled six and a bit years ago, breaking the previous record set by Australian TT wizard Rohan Dennis (52.491km). When he was still part of the Movistar team, Dowsett posted 52.937km in an hour on the Manchester velodrome and the formidable time trial rider – who had largely surfed on the periphery of mainstream media attention during Team GB’s ‘halcyon’ times – put his name in the history books.

That was 2015 when the hour was well and truly back in the headlines with a flurry of riders vying for the honour of being part of an exclusive club. Of course, not everyone cracked the record but even the failed attempts conjured images and emotions that help add to the legend of the hour record.

– Click the link below for part of a long interview with Dowsett from January 2020. –

Jack Bobridge’s attempt on the Joe Ciavola Velodrome at the Darebin International Sports Centre in Melbourne was an equal mix fascination and brutality. The interview he offered after being helped off his bike, unable to properly move his cramped legs enough to unclip from the pedals, was a violent yet beautiful summary of how rotten racing 17-second laps for an hour can be.

“That’s the closest to death I’ll ever be without actually dying,” he said, somehow laughing while he spoke about the agony he was enduring.

“I’m in that much pain it’s funny,” continued Bobridge in February 2015. “I don’t know what else to do but just smile. I can’t even describe how much pain my gluts and quads are in, it’s unbelievable.

“It was just brutal – the whole thing, really. There was nothing nice about any of it.” 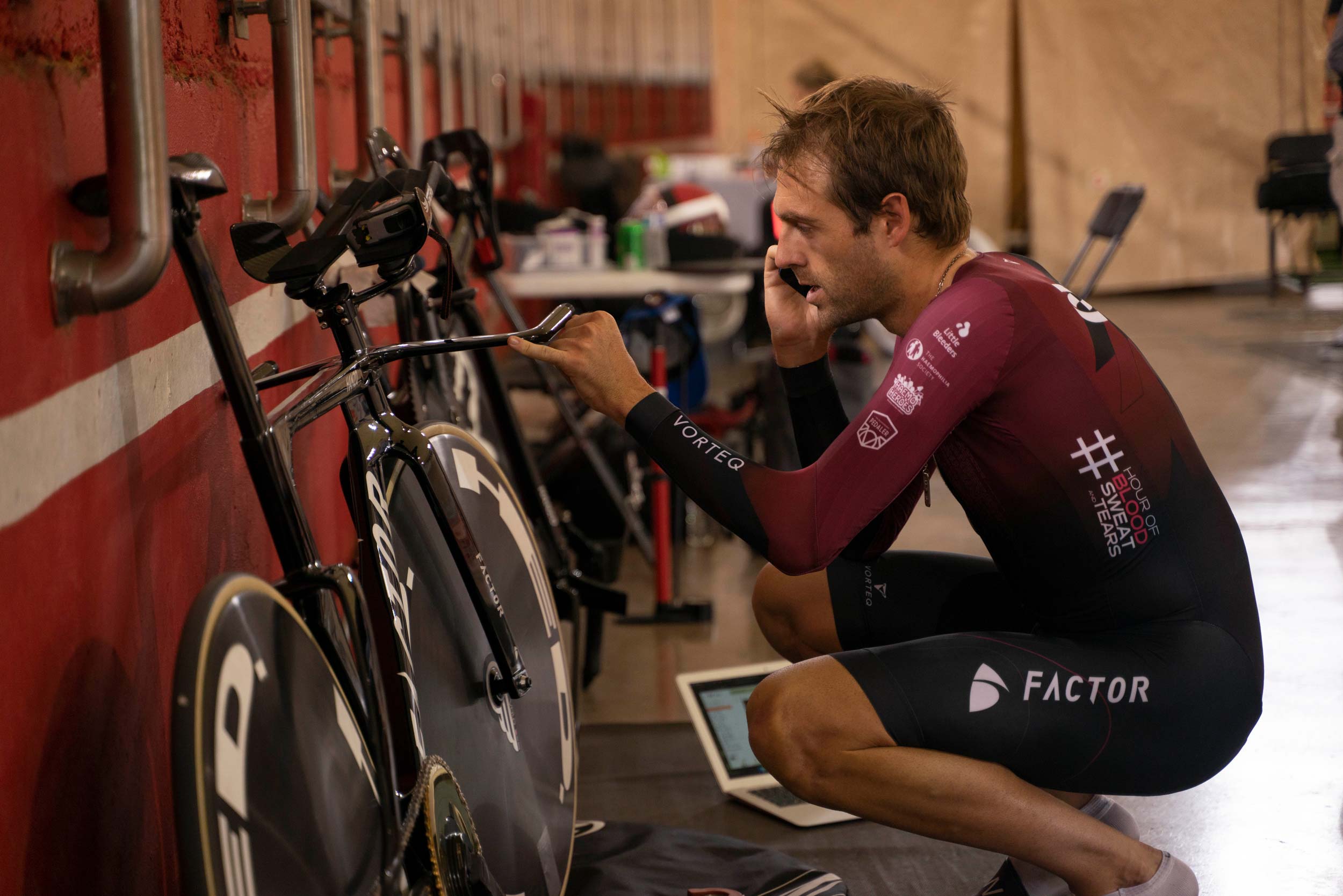 That was then. A lot has changed since. Dowsett is now anything but anonymous. He is, in all fairness, equal parts journalist and rider; he’s documenting the experience as he prepares for a second bold crack at The Hour Record. It all begins later today in Mexico, at altitude, at Aguascalientes – aka the fastest velodrome in the world.

It is on this track that many of track cycling’s most amazing records have been set. Beyond the obvious one that relates to this article (ie. the current hour record held by Campenaerts) are times that are unlikely to ever be eclipsed… until world-class competition returns to Aguascalientes at least.

It was on this celebrated velodrome that François Pervis posted what seemed like “an impossible” time for the ‘kilo’ – 56.303, from a standing start! That happened at the same World Cup in which Anna Meares set a new benchmark for her pet event from the start of her career, the 500m TT. Her world record (32.836) was set on 25 February 2015, the same day as Pervis’ blistering 1,000m TT.

Aguascalientes is, quite clearly, a track for fast times. But there’s the unknown factor to consider too: how will the body cope with the effort of sub-17 second laps on a 250m track for an hour while at an altitude of almost 1,900 metres?

If you can find vision of the team pursuit of that World Cup from February 2015, take a moment to watch the New Zealand team’s ride. They start strong. They are posting fast lap times. They seem in control… until suddenly, they are absolutely out of control. When the collapse comes there’s no stopping it. The Kiwis were annihilated by the altitude. And that was for an event that – all going well in modern cycling – takes considerably less than four minutes to race.

And so: an hour?! How will Dowsett cope? Will it be like the Kiwi team or Campenaerts? All the hype leading up to tonight’s attempt suggests that the 33-year-old is aware of the impact of altitude, that he has the best possible equipment, and considerably more experience than when he broke the record in April 2015. He is clearly confident, or else he’d be doing this attempt on the quiet and not building the hype.

Dowsett is ready. He’s explained the details of his attempt in blogs and vlogs and interviews that have led him to where he is on 3 November 2021. He’s in Mexico with his wife and young daughter. He has a support crew along with him, up high at Aguascalientes, and he’s got a bike that’s engineered to carry him beyond Campenaerts’ mark. All he’s got to do now is pedal.

He knows what wattage he needs to hold. He knows how much it’s going to hurt. He knows the bike and his equipment is better than it was six years ago. He knows a lot but the question still remains. Can he do it? Tune in to the live online coverage and find out soon. 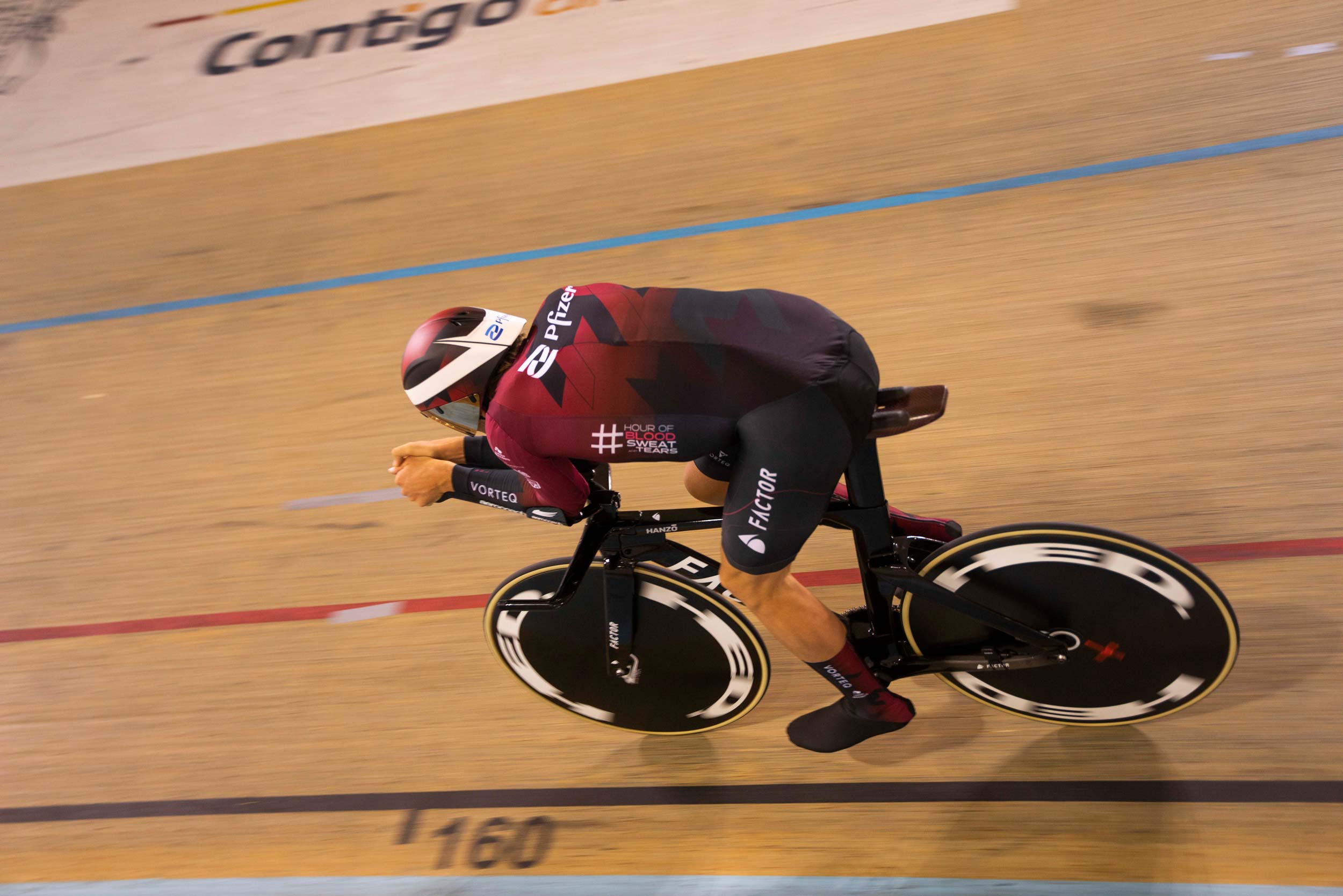 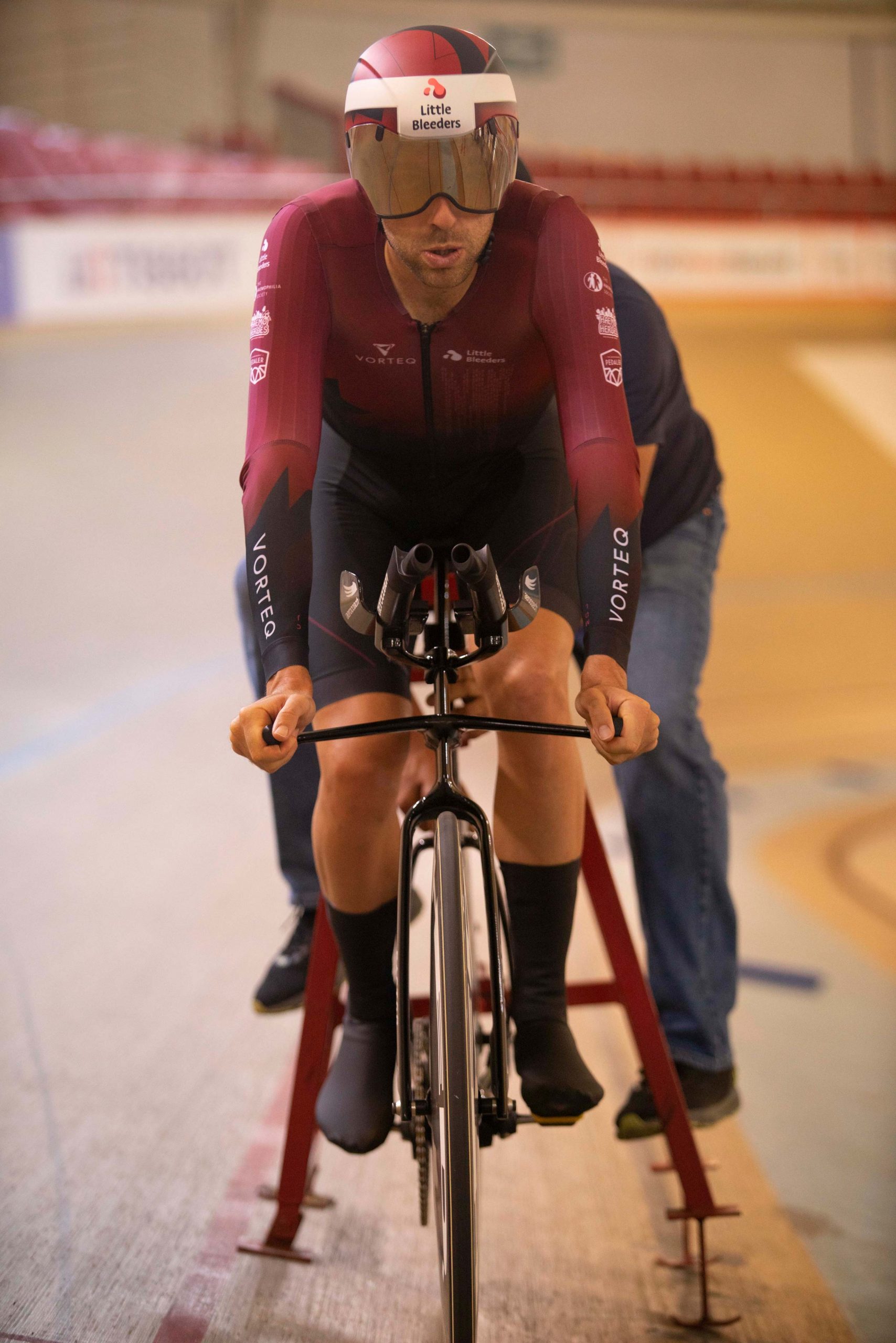 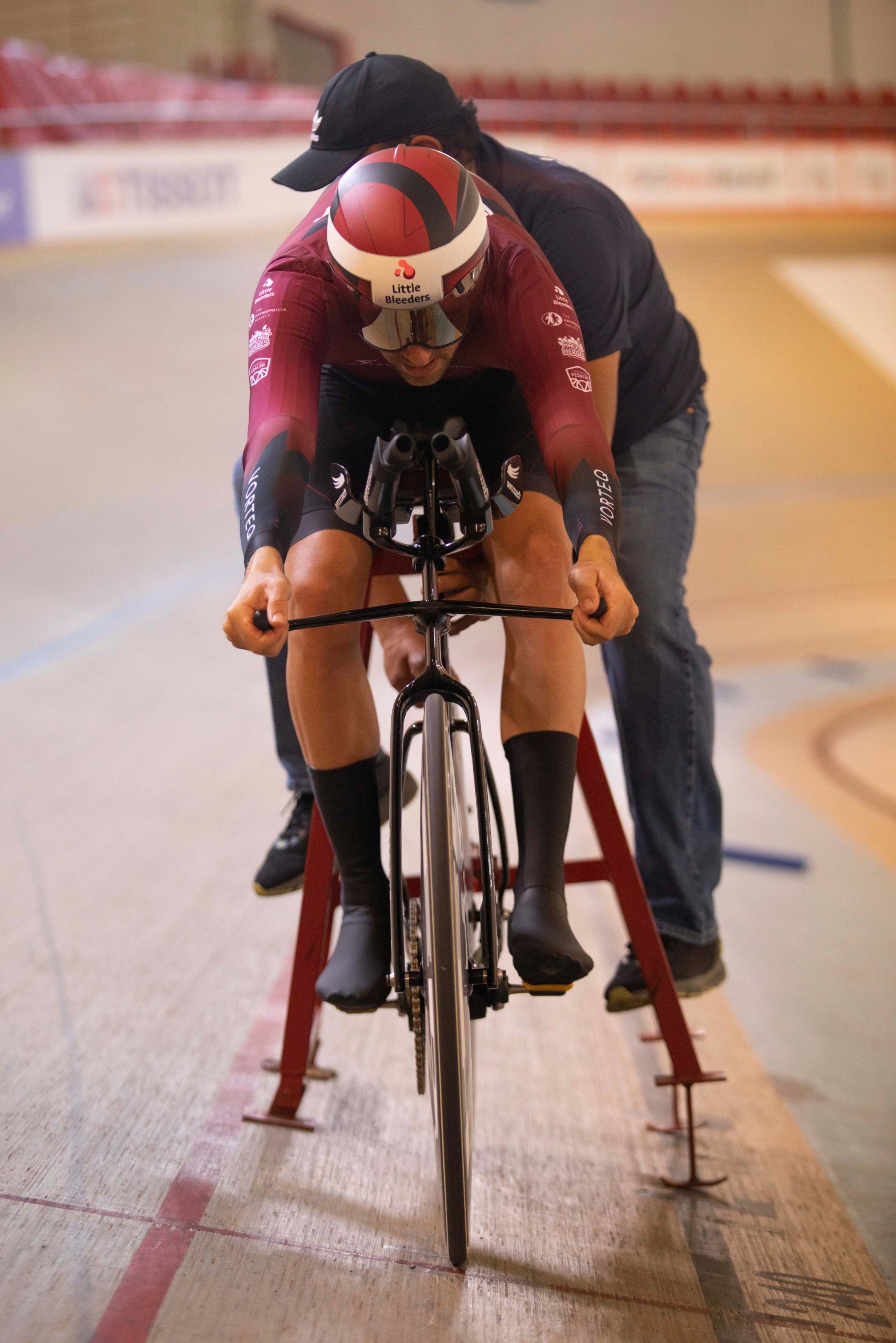