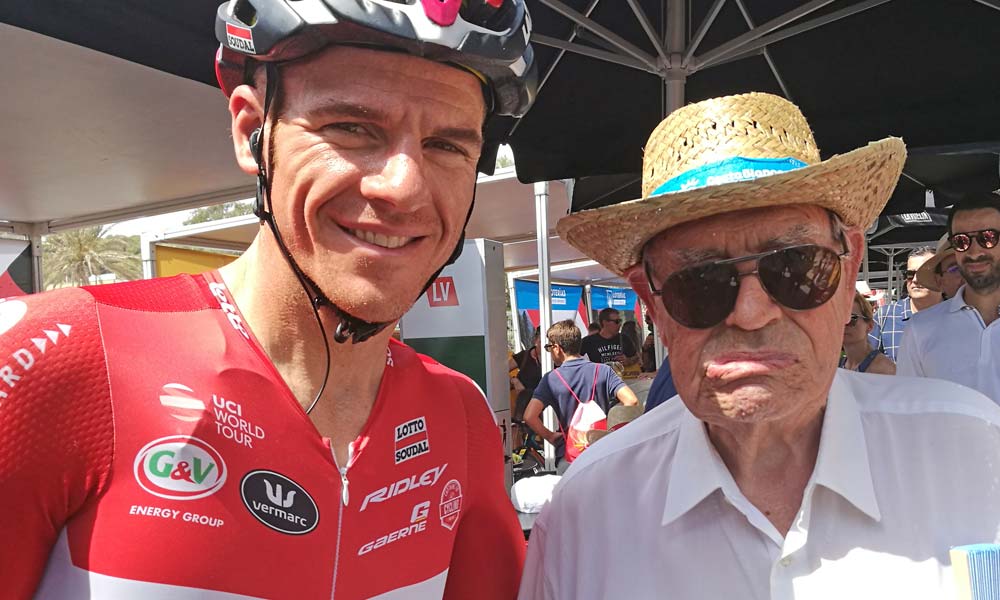 Adam Hansen is currently contesting his 19th successive Grand Tour. The Australian recently met Bernardo Ruiz, the rider who had previously contested the most Grand Tours in succession…

Story and photos by Jean-François Quenet

The riders of La Vuelta are enjoying the first rest day. The race leader, Chris Froome, is also the most recent stage winner. And yet the battle for GC still appears wide open.

Meanwhile, if you scroll further down the rankings you’ll find the name ‘HANSEN Adam James’ – there he is in 95th place overall. ‘Hanseeno’, as he’s otherwise known, hasn’t won a stage or worn the red jersey but he’s a talking point of the Vuelta a España in 2017.

This is his 19th successive Grand Tour, a record by a long shot.

The previous best was 12 of the three-week stage races in a row. That was held by Bernardo Ruiz of Spain.

At the time of Ruiz record, the Grand Tours were contested in May, June and July – Vuelta, Giro, Tour – and he completed every one from 1954 through to 1958. 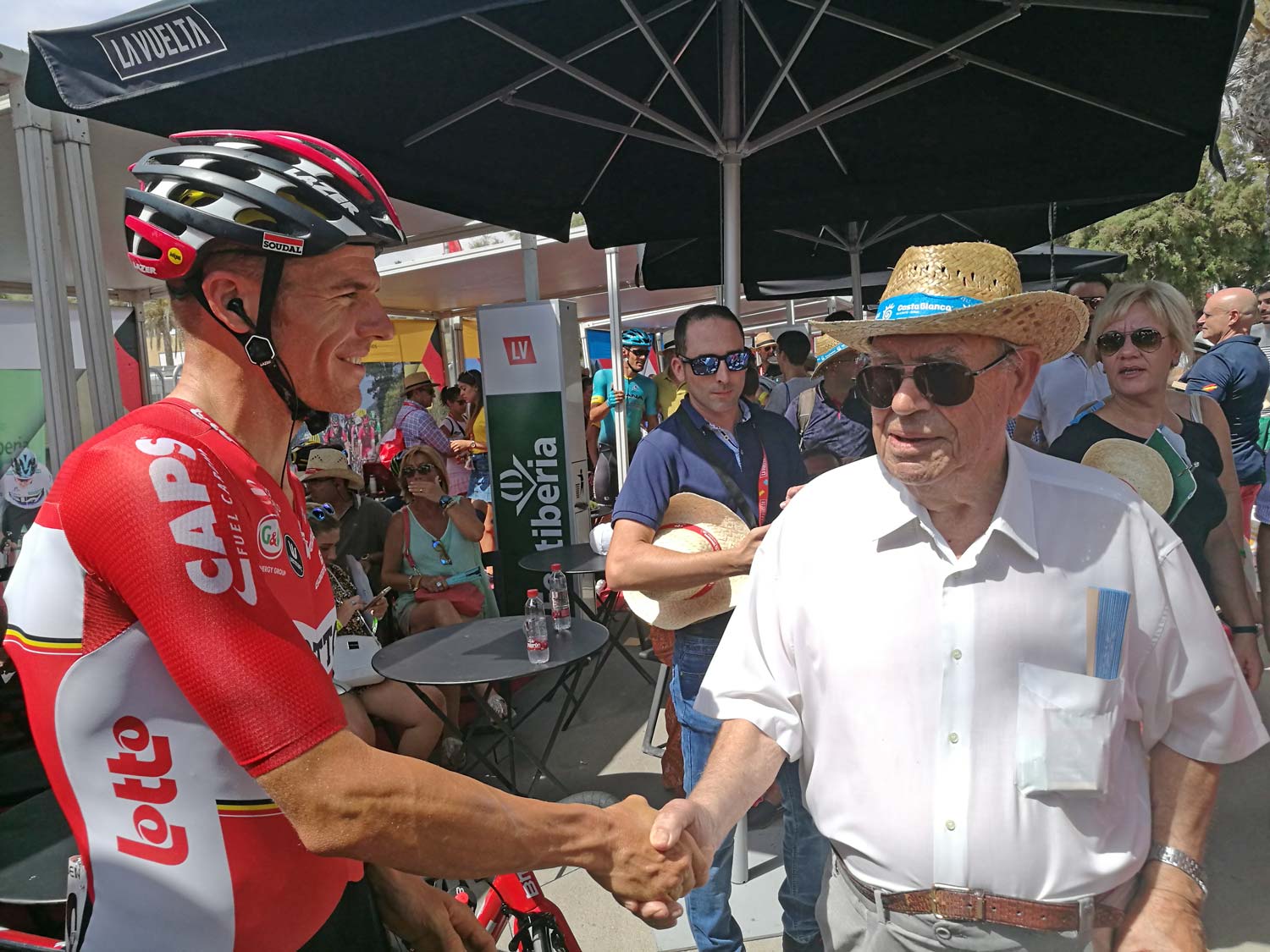 I spoke to Adam about Bernardo Ruiz in an interview I did for Vélo Magazine two years ago and he replied, “This man is still alive? I’d like to meet him.”

That was made possible in 2017. Hansen met Ruiz and the pair posed for a few photos and exchanged a few anecdotes.

The Spaniard congratulated the Australian for beating his record and they appeared to enjoy having the opportunity to compare notes.

While Hansen is a committed domestique in the Lotto-Soudal team, Ruiz was a GC rider who was the youngest winner of La Vuelta (in 1948) and finished third in both the 1952 Tour de France and 1957 Vuelta.

“Okay,” noted one current professional, Eros Capecchi, “La Vuelta wasn’t three weeks long when Ruiz was racing – and there was not Team Sky pulling every day – but what he did was amazing.

Ruiz is now 92 and he enjoys being able to occasionally attend modern bike races and meet the likes of Hansen. 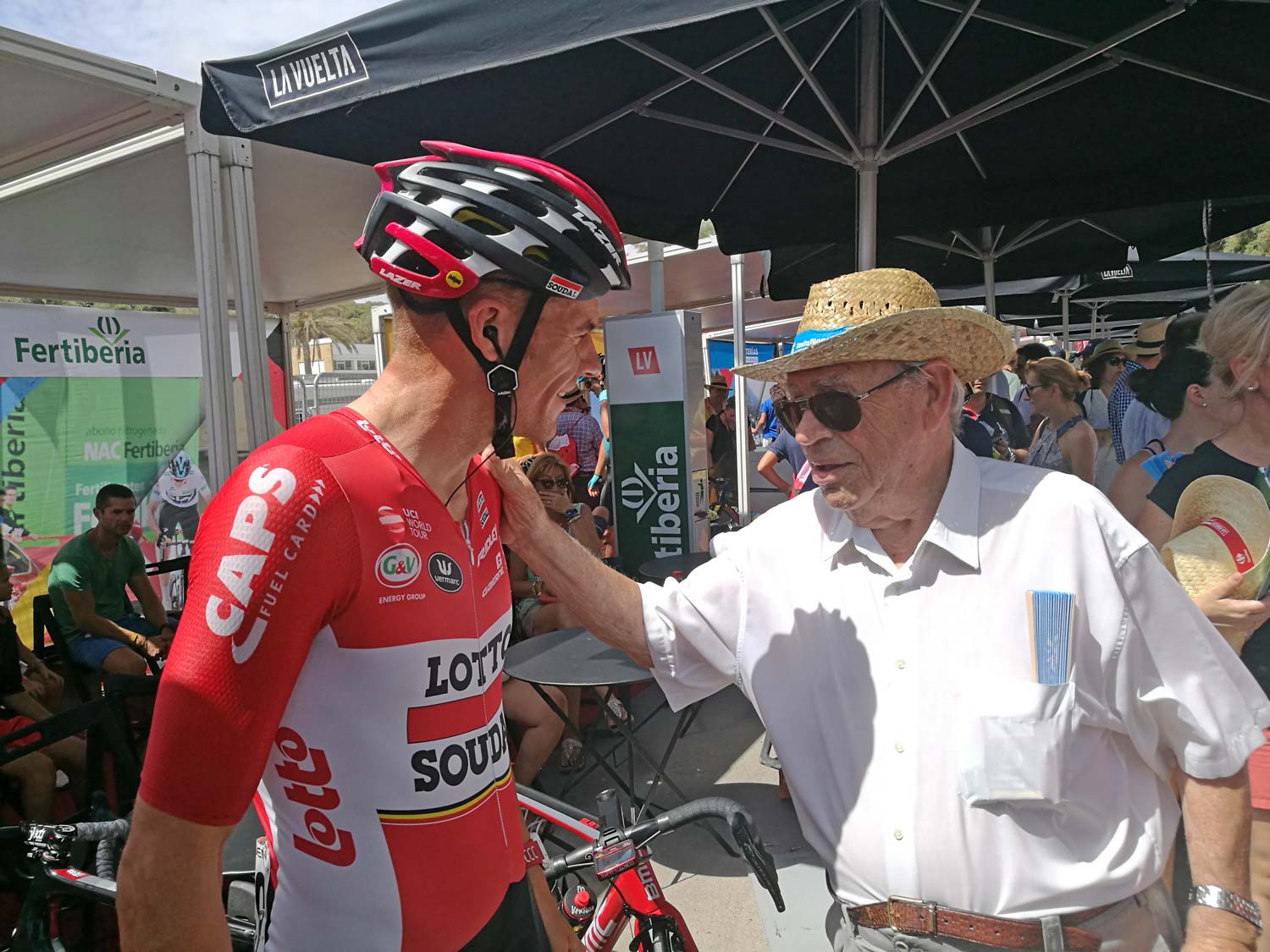