While we wait for the resumption of racing, RIDE Media continues to publish a retrospective of bikes images. Today, we welcome our second guest contributor to the series: Gary Blem, a South African mechanic who has prepared bikes for Chris Froome for years… 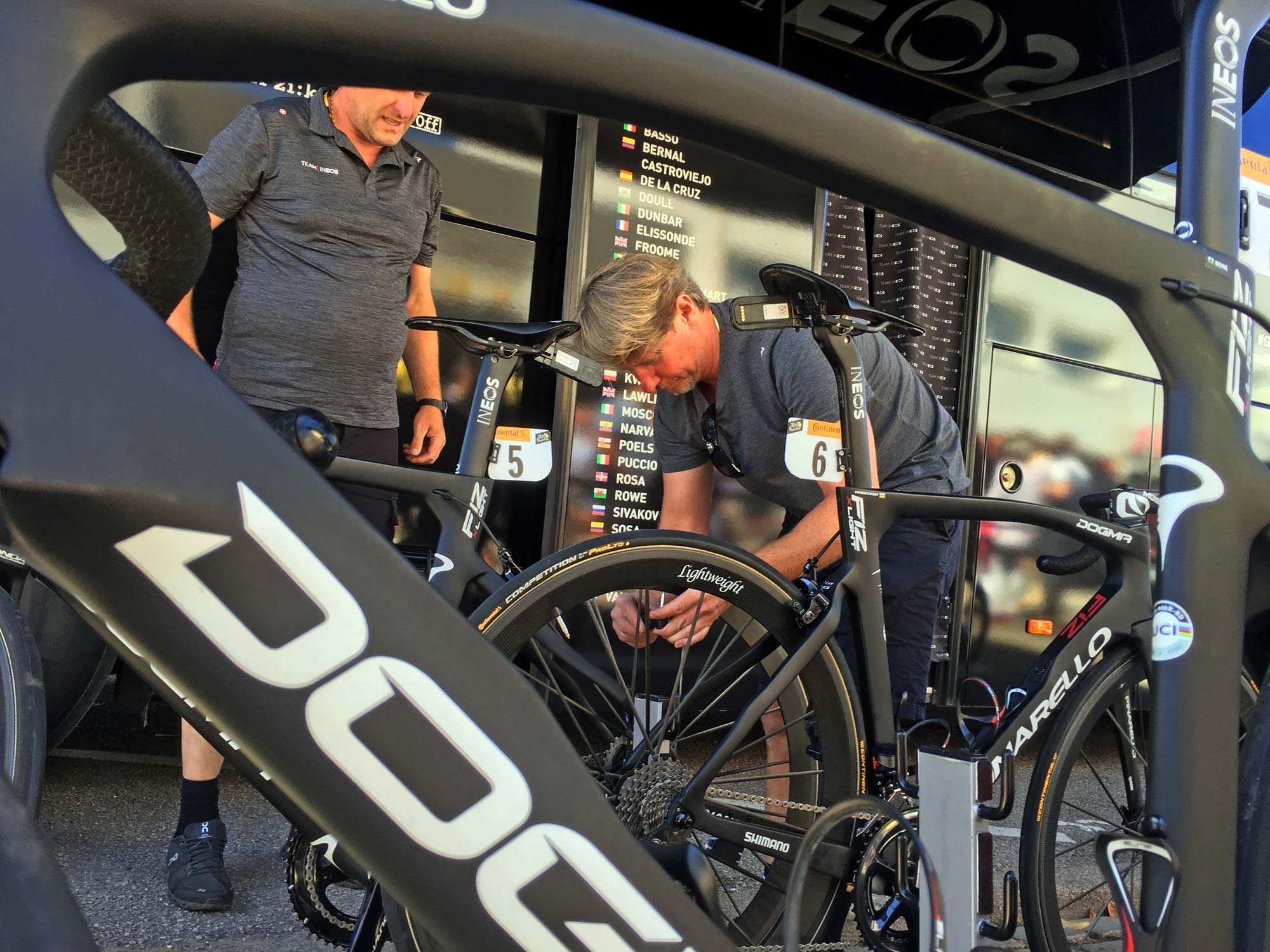 He’s been there for years and clearly he’s good at his job because Gary Blem keeps on coming back for more. Since well before Chris Froome started winning Grand Tours, his South African mate – known on social media as @KingBlem – has been a regular in the pits.

Of course, during the races, Blem can also be seen lounging in the back seat of the Ineos team car. There are times, however, when he does more than just sit there waiting for something to happen. He may change a wheel once in a while, or adjust a rider’s height mid-race, or he may find himself dodging rank substances being tossed at the car by so-called fans.

Often, he finds the time to chat too. He’s featured stories on this site in the past and will likely appear again in the future… but today’s post is his contribution to our #BikeGalleryByRIDE series. 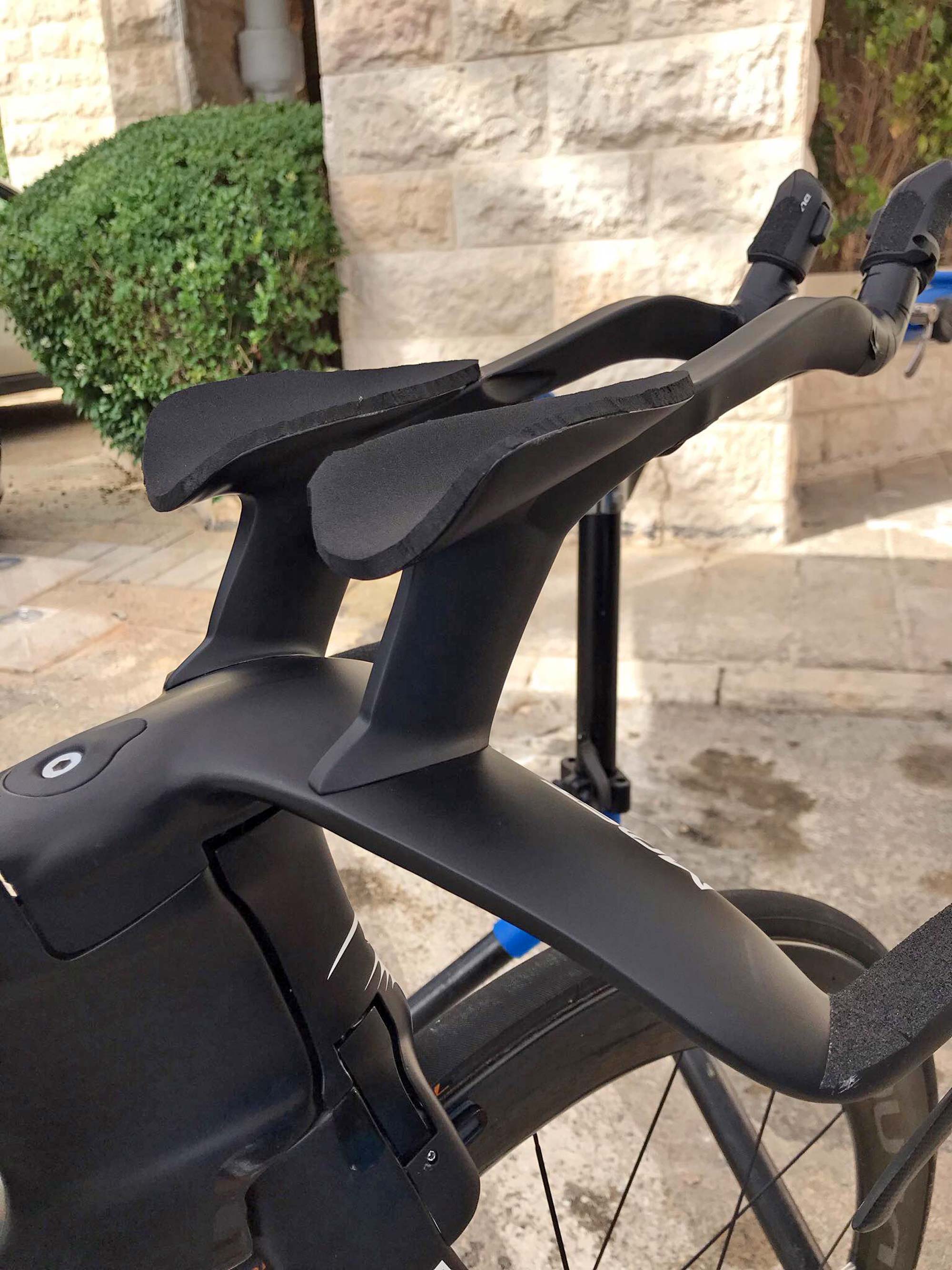 Getting a closer look at the aerobars used by Chris Froome. (Photo: Gary Blem)

The reason you’re seeing these images years after the races were won and the special Pinarello bikes painted in tribute to some victory or another – at the Tour de France, or Giro d’Italia, or Vuelta a España… or all three – is because Gary Blem is a good bloke.

He tells a good story and clearly knows his way around a bike. He has been on the tools for much of his life, and is the mechanic of choice for Chris Froome… at Ineos, Sky and even Barloworld before that.

When I went searching for different images of special bikes, it was obvious who I should call on for unique photos: King Blem!

“Hey mate,” read my note to Gary, “any chance you could ping me some photos of cool bikes?”

I thanked him for his prompt response and then reiterated why I was asking him for photos. “Special shots please,” I wrote back. “You know, the kind of thing that only someone with your access – and insight – could offer.”

He understood and duly replied: “I only have those ones.”

And ta-dah… here are some of the photos he found on his cloud (see below). 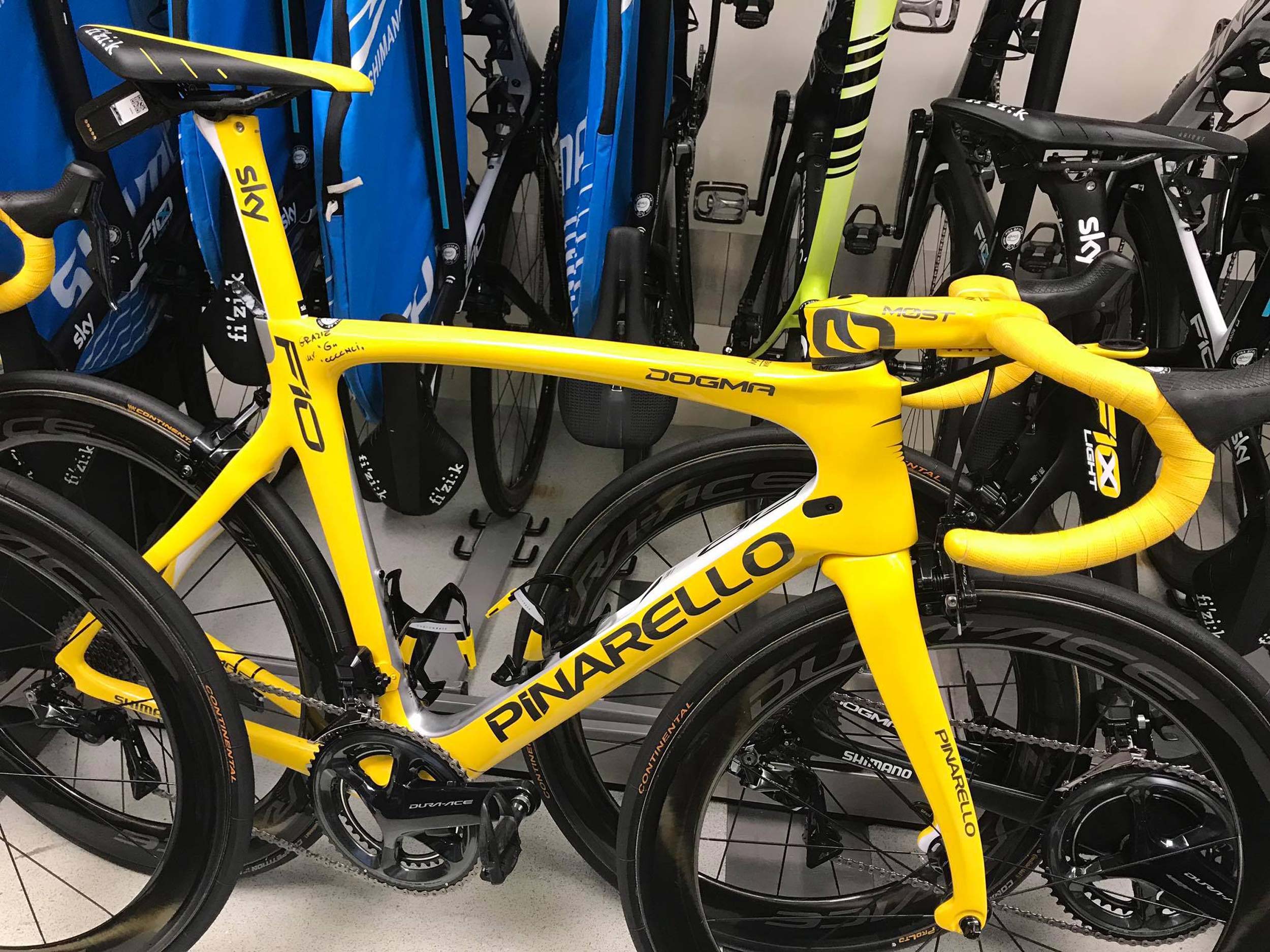 The Pinarello F10 for the final stage of the 2017 Tour de France. (Photo: Gary Blem) 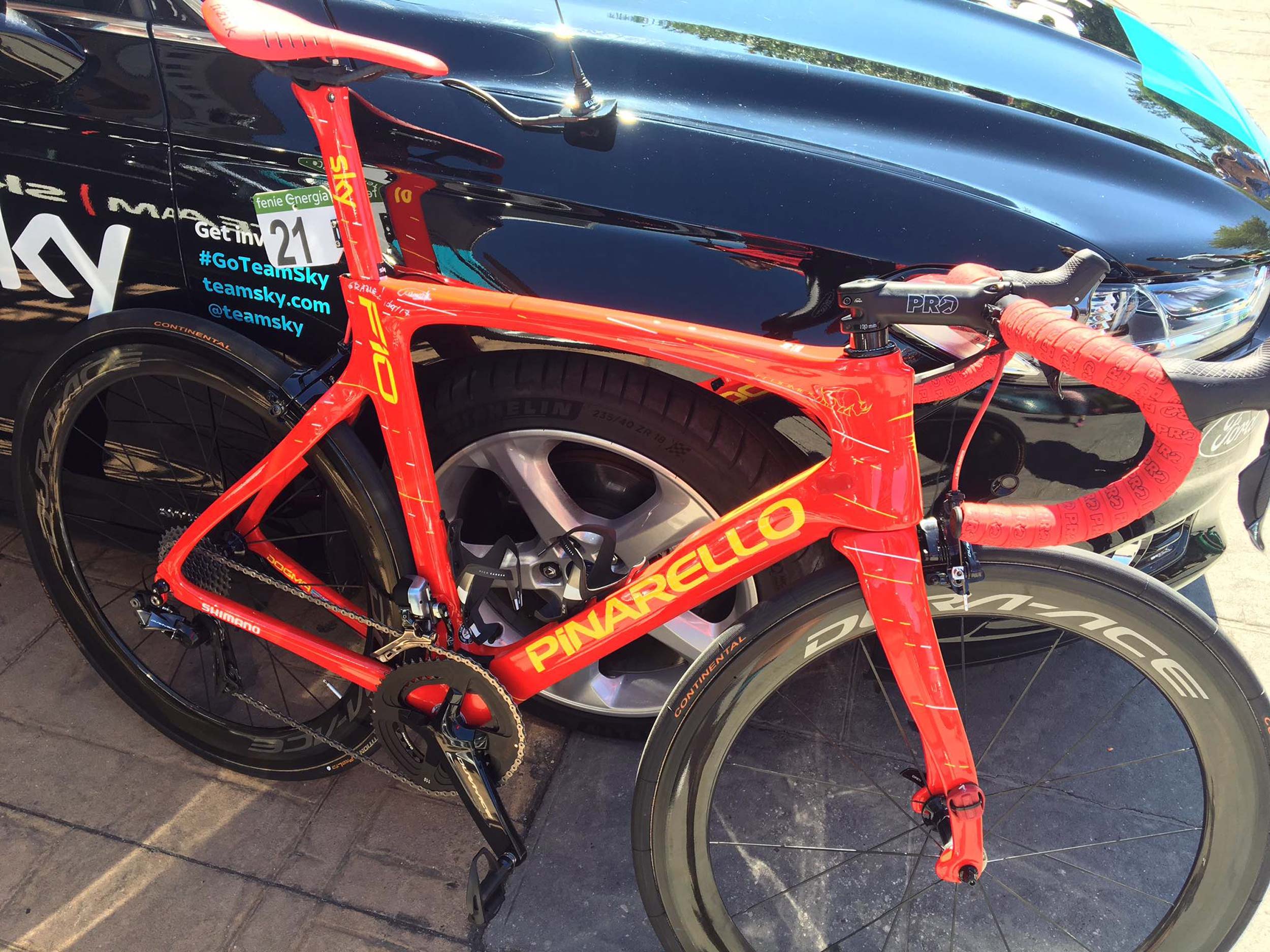 The Pinarello F10 used in the final stage of the 2017 Vuelta. (Photo: Gary Blem) 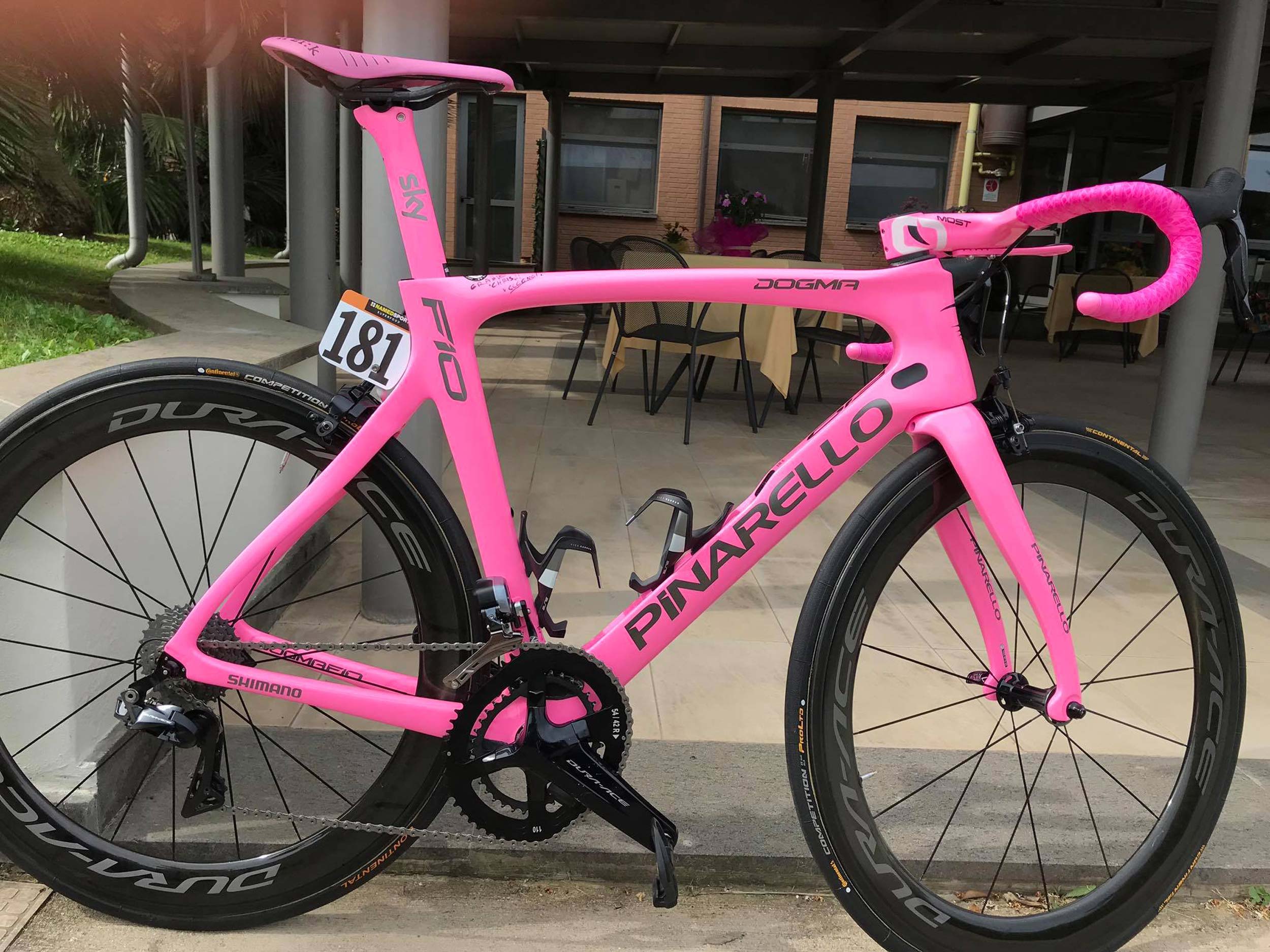 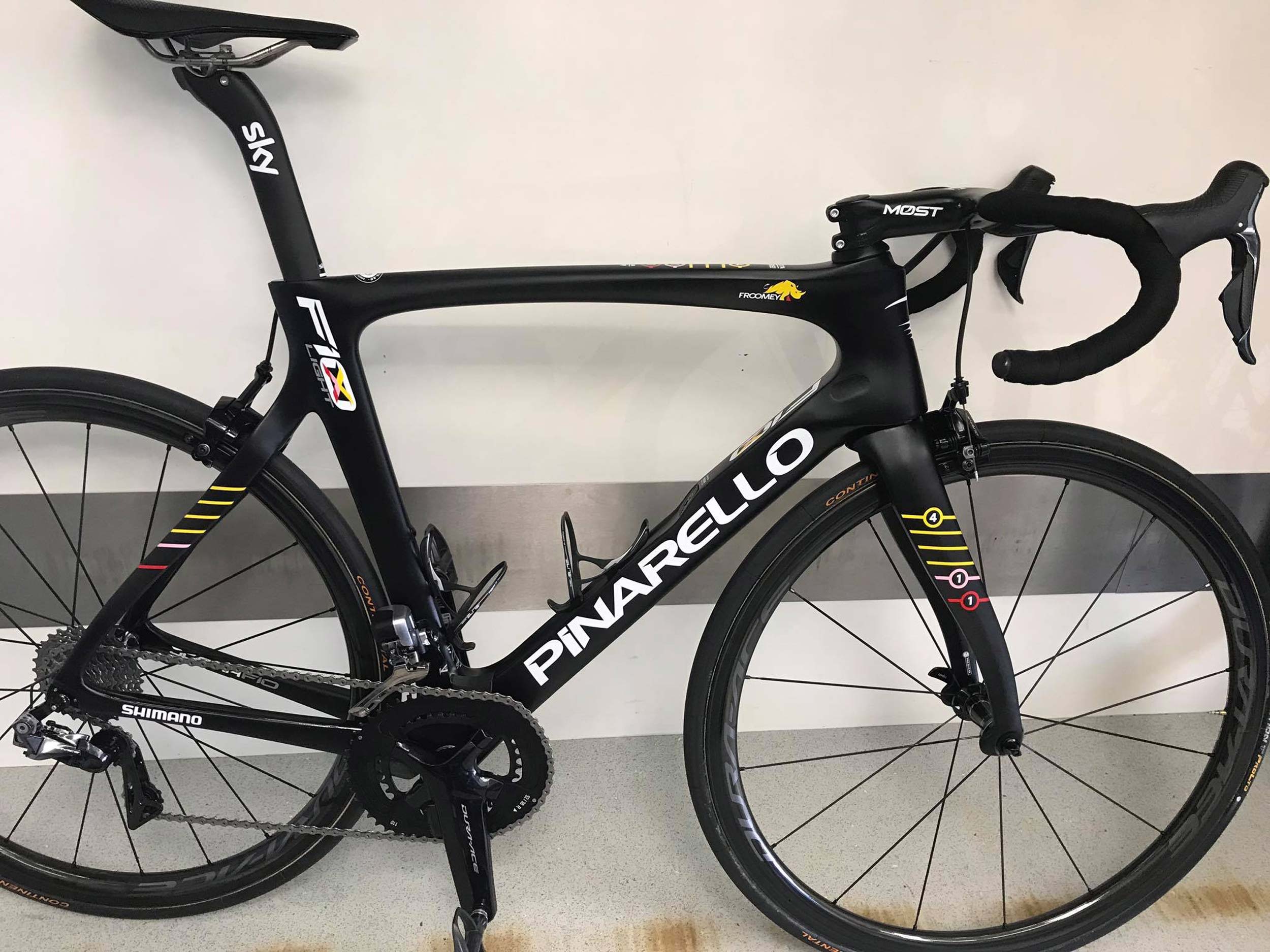 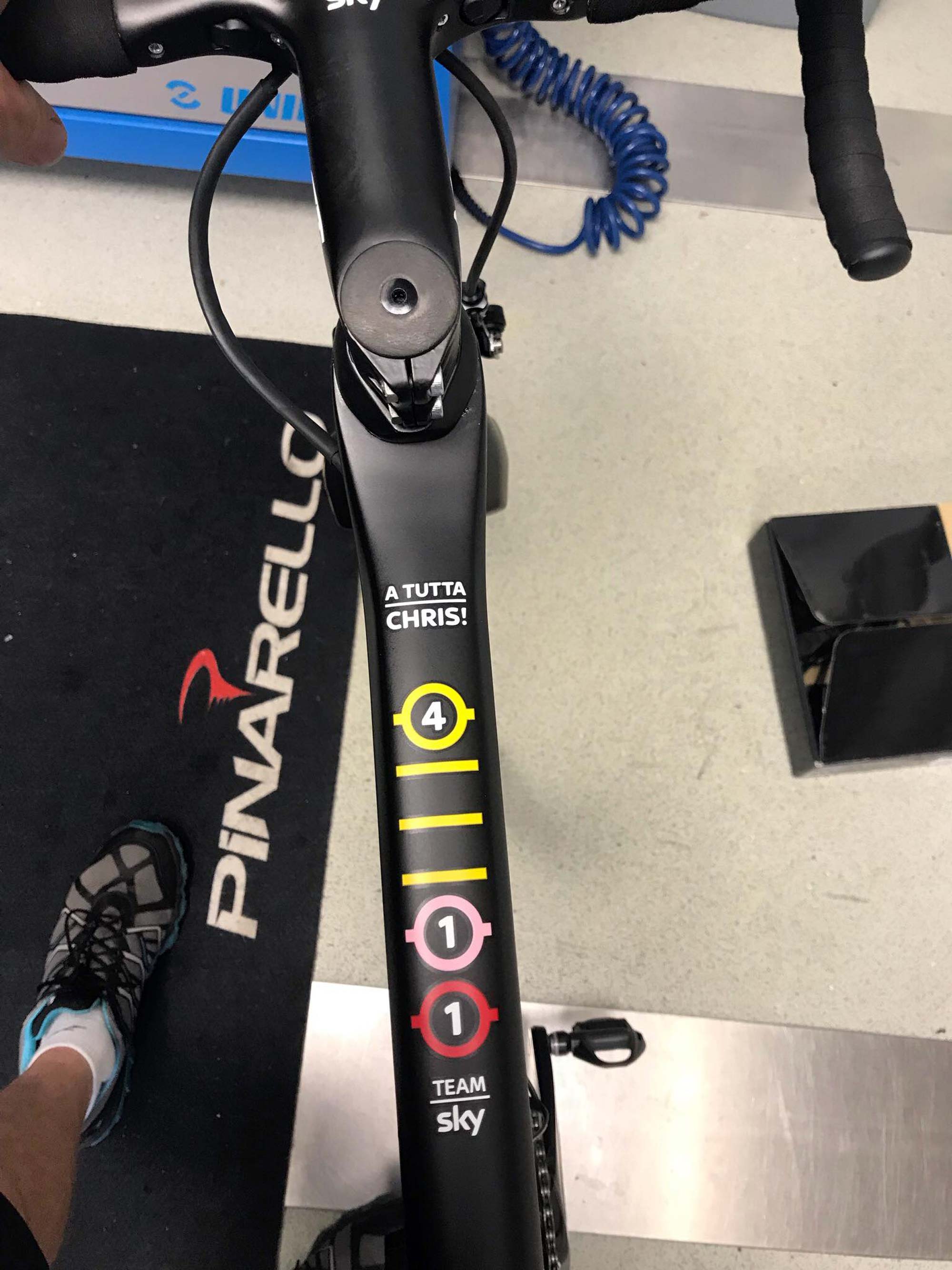 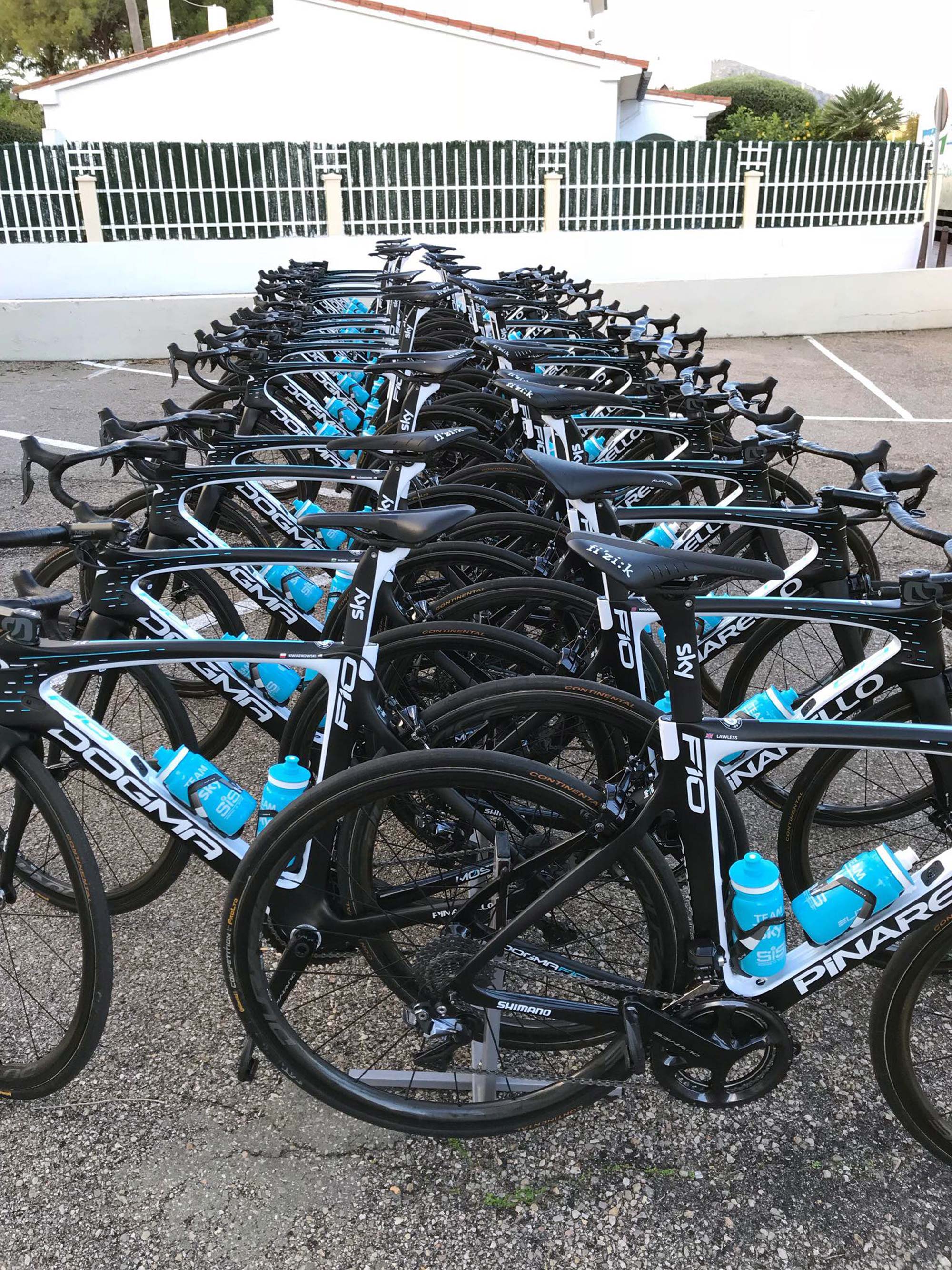