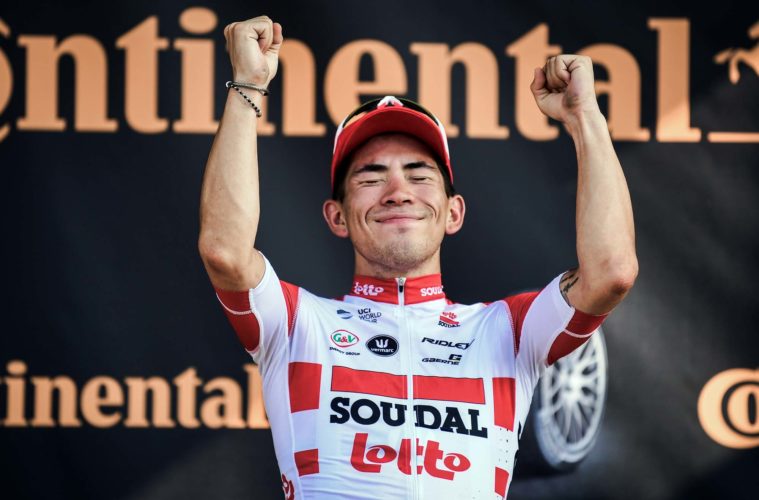 Caleb Ewan wins again: “In the end my plan worked”

Caleb Ewan is the first sprinter to win two stages in the 2019 Tour de France. He explains how it all unfolded on a hot day in Nîmes.

He is a sprinter maestro but also a very good speaker. Caleb Ewan doesn’t need much prompting to talk about the job he does. Before we rip into a further analysis of his second stage victory at the Tour de France, here is what he had to say when I asked the simple question: how did you see it all unfold…

“Earlier today, the stage started quite close to where the finish was,” explained the winner of stages 11 and 16, “so I took the opportunity to ride the last four kilometres.

“I knew that, with about three kilometres to go, there was going to be a right-hander and it was basically straight on from there – just a few roundabouts to go through to the finish line.

“I knew it was going to be a headwind as well.

“So, in the last kilometre, I was probably a bit too far forward – at least that’s what I thought.

“I just had [Dylan] Groenewegen in front of me and Jasper [De Buyst] in front of him. So, I didn’t want to be at the front and prop because once you prop, the guys come past with too much speed.

“Jasper did a super pull, I think it was about 600 metres in the last kilometre.

“Then, just before the roundabout with 400 metres to go, Deceuninck-Quickstep came past – and they came past with more sprinters on the wheel.

“Out of the roundabout I ended up being a little bit further back than I wanted to be.

“But, when I looked at the finish this morning, I knew there was going to be two scenarios. It was going to be, [that] I was too far back coming out of that roundabout; or I was in a good position.

“I was too far back in the scenario [that unfolded], and I already played in my mind what I would do in that situation.

“I thought to myself, ‘If I’m too far back coming through that roundabout, I’m going to back off through the roundabout and I’m just going to start my sprint early, run at the wheels, and then come past with speed.

“And luckily I’d already thought of that because, in the end, it happened and in the end my plan worked, so I’m pretty happy with that.” 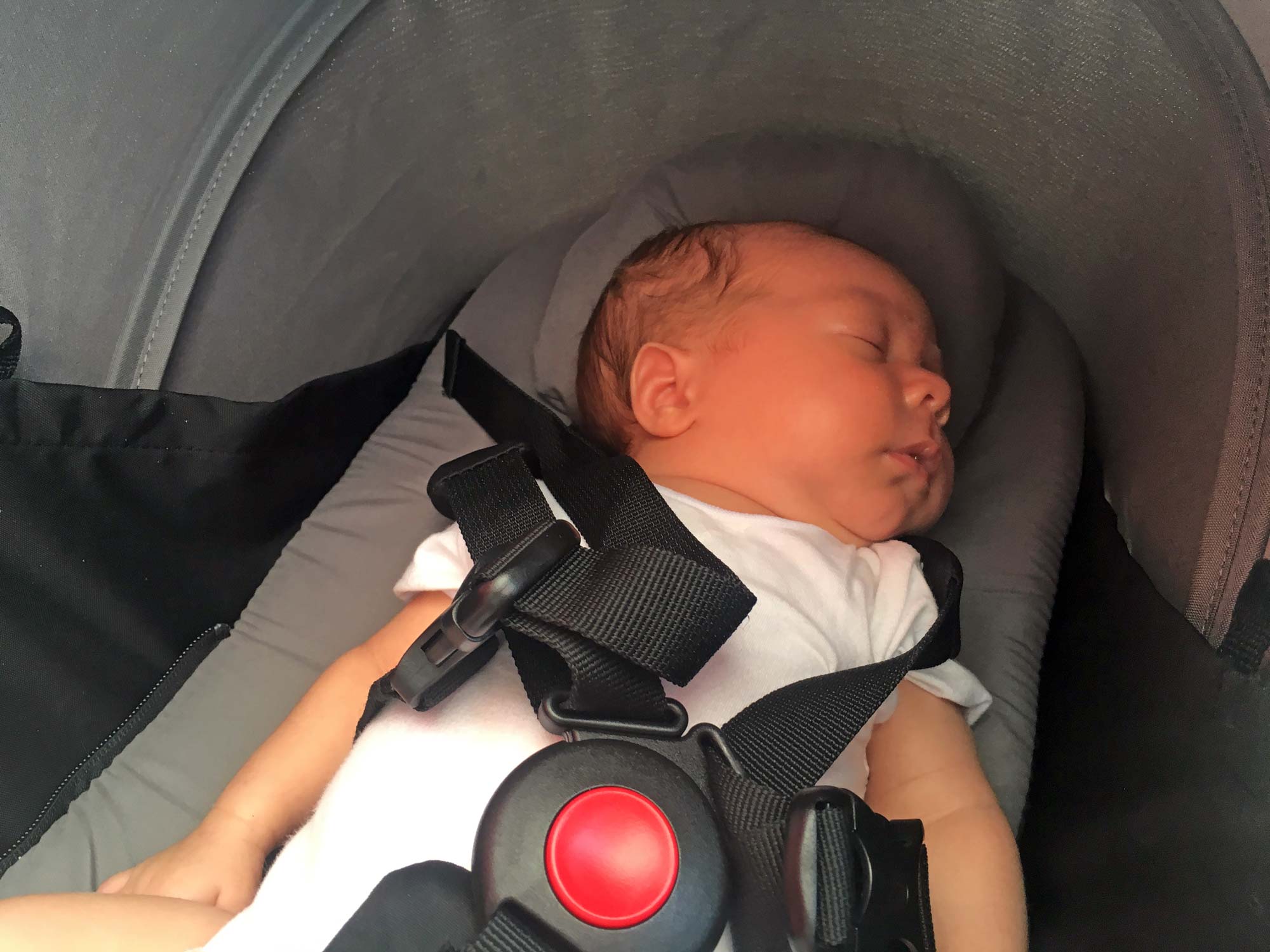 Lilly Ewan (above) at her first bike race, which just happened to be won by her day. Photo: Rob Arnold

About Ryann and Lilly being there…

“As professional cyclist, I don’t think it gets too much better than this.

“This is the pinnacle of our sport and it’s something that not only me, but all cyclists, dream of: winning a stage of the Tour de France.

“It’s going to be pretty cool when my daughter is old enough to understand, when I can tell her that at the first ever raced she watched me at was at the Tour de France and I also won a stage that day.

“That’s going to be pretty cool to tell her that when she understands.

“Obviously now, she doesn’t really know what’s going on but it’s super nice having them here and I think that it maybe gave me that extra bit of motivation today.” 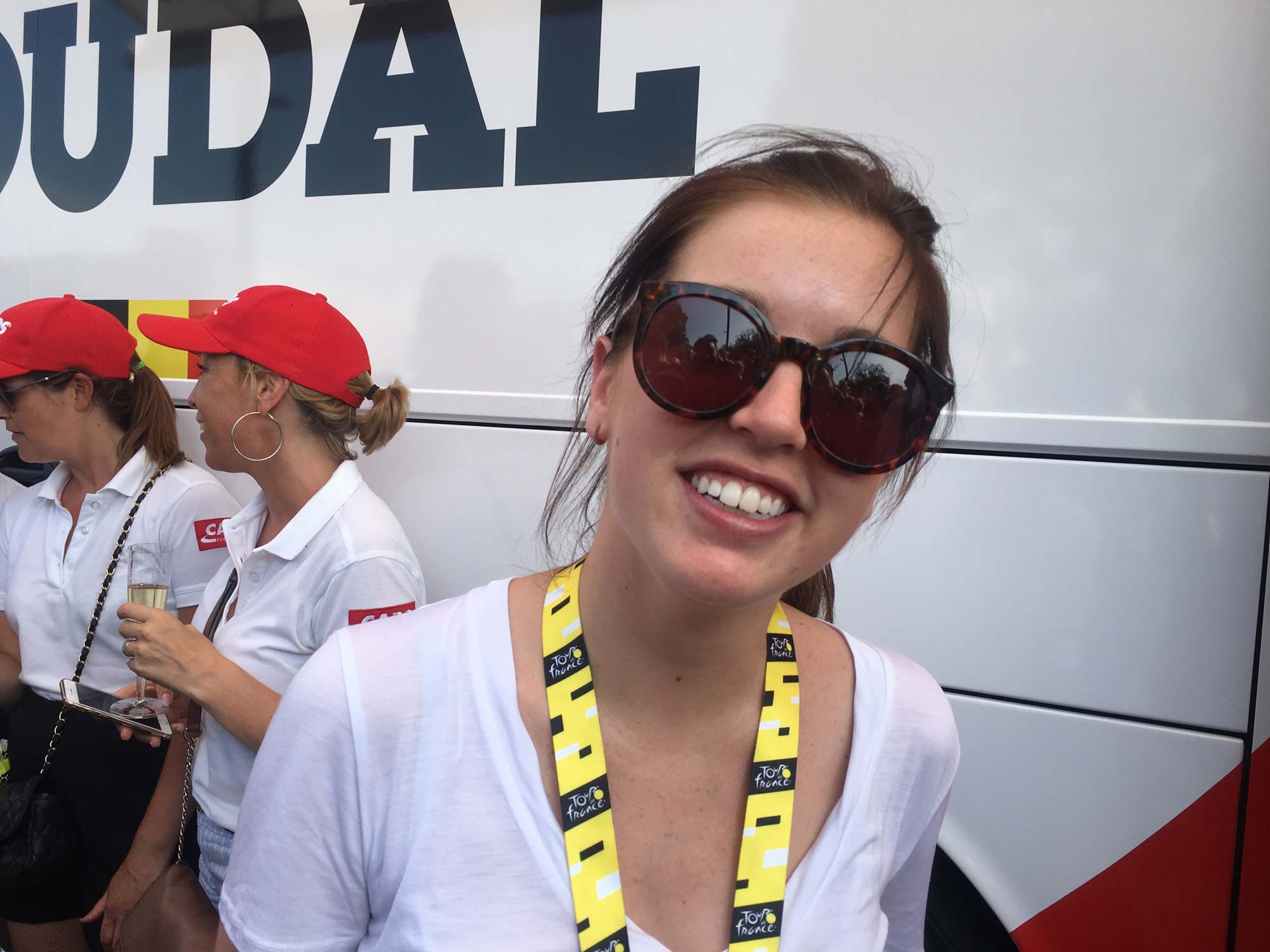 RIDE: Caleb, it’s the furthest you’ve been in a Grand Tour. I think stage 15 was the marker moment. Can you talk to me about sprinting after getting through the Pyrenees, versus what it was like when you won in Toulouse?

“Yeah, this is the furthest I’ve been [in a Grand Tour].

“The furthest I’d been before is halfway through stage 15 of the Giro two years ago, so it’s the furthest I’ve been in a long time, in a couple of years.

“Today, I was feeling really bad actually, like during the day. I was getting dropped on the cat-four climb and things like that and I was thinking, ‘This is really a bad day for me. My legs don’t feel good at all.’

“I was so close close to pulling my team-mate off the front because I was like, ‘Pff, there’s no point in pulling anymore. My legs are dead.’

“But I’ve been in the position before where I feel really bad during the stage and my legs come good in the end. So, I resisted from [calling off the chase].

“I have so much support from my team-mates. I tell them that I feel absolutely horrible out on the road. And they’re so supportive, they always just say, ‘Do you’re best – we’re going to go for the win and see what happens.’

“They have so much faith in me. And that gives extra motivation as well, having a team that is so… that has so much faith in you to win. I’m glad I had that environment around me today, otherwise I probably would have come in… behind, somewhere. I don’t know.

“But every sprinter, when they get a feeling or a sniff of victory, they have that extra motivation, that extra adrenaline and, in the end, you don’t really feel that much in the legs.

“I had that today, where I was just so motivated to win.”