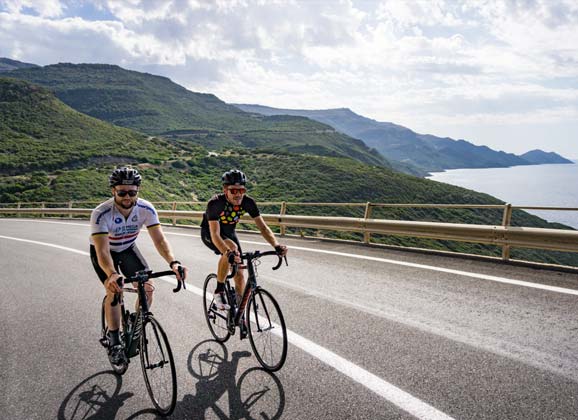 Training for nothing – a cycling holiday in Sardinia

The ‘Summer of Cycling’ has come and gone and while the days are still warm, they are getting shorter in Australia. And so, for some lucky riders, it’s that time of the year when planning for “the next holiday” begins. 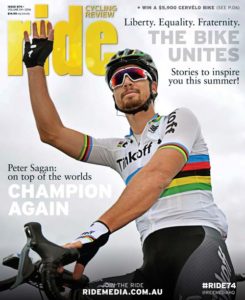 In the current issue of RIDE Cycling Review – #74, volume 4 of 2016 (on sale now) – there’s a wealth of reading about all manner of cycling. On story relates to the notion of “training… for nothing”. It’s a story about riding in Sardinia, the Mediterranean island that will play host the Grand Partenza of the 100th Giro d’Italia later this year.

Alain Rumpf from the ‘Grand Tours Project’ write about a special few days riding around Sardinia last year. (You can find the feature on p.126 of RIDE #74.)

There are a host of holiday offerings in the Grand Tours Project catalogue and if you are considering a cycling holiday this year, it’s well worth investigating. 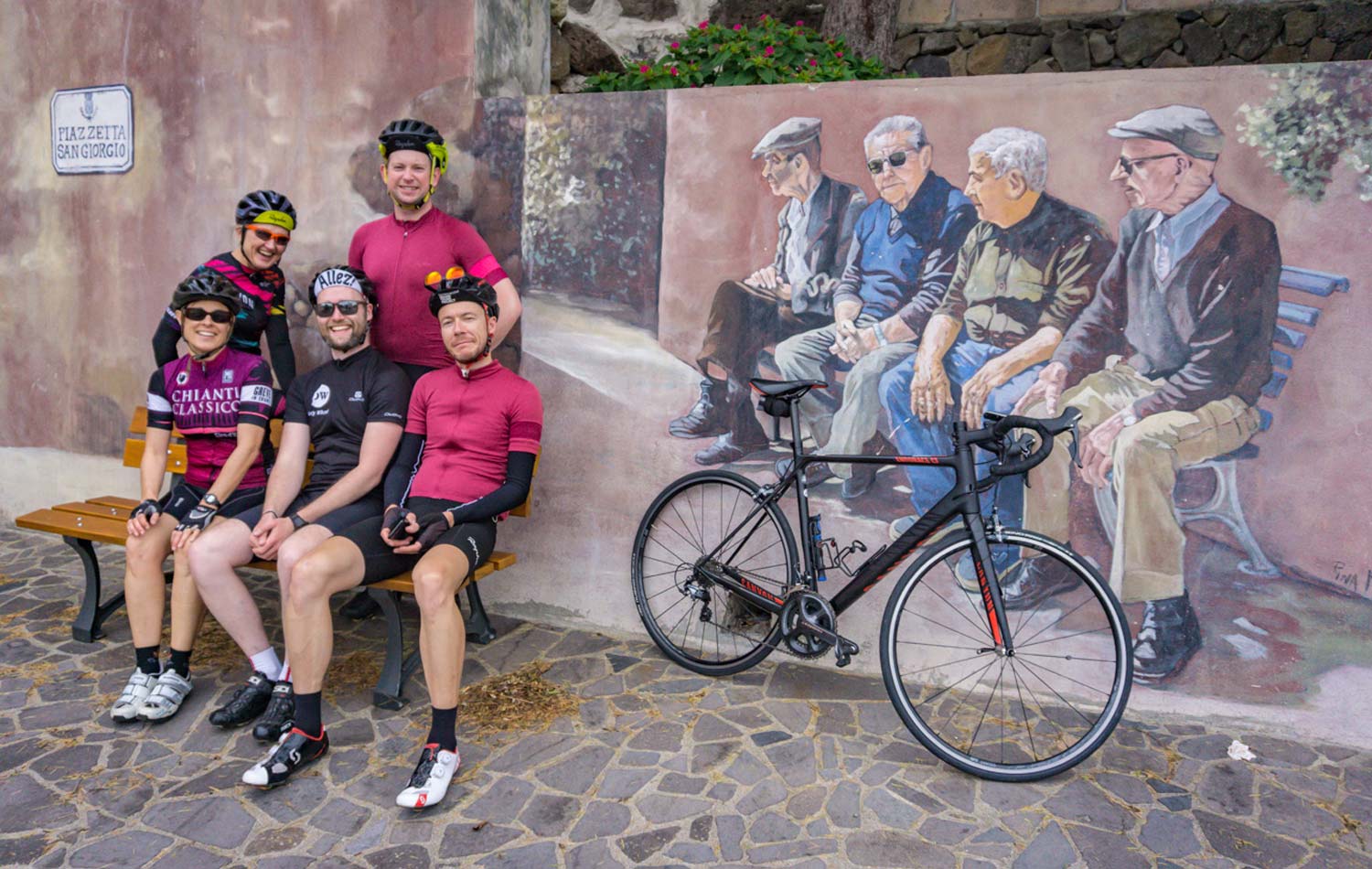 Training for nothing  Riding in Sardinia

Grab a group of friends. Discover a new place. Ride your bike. Taste the local product. Spend a bit of time doing what you love.
Live a little. Smile a lot. And train for nothing in Sardinia.

It was November 2011 when it was apparent that a holiday was needed. My good friends Dan and Janine are mountain sports photographers and they had just finished a long season of shooting in the Alps. I was working for the UCI at the time and was back from China where I had organised the first edition of the Tour of Beijing. We needed a serious break: all we wanted was to go south, ride bikes, eat well… and relax before the onset of winter. We ended up spending a week in Tuscany, exploring the Strade Bianche, eating wild boar with mushrooms and drinking Chianti. We called this our “training for nothing” camp: riding in a beautiful place – just for the sake of it, one last time before going into cycling hibernation.

The opportunity came up again this year to repeat the experience. I was at the Maratona dles Dolomites to guide a group for Grand Tours Project, the cycling tour company I manage. The idea came from Marcello, our driver, chef, entertainer and troubleshooter, who comes from Sardinia. After a big day in the mountains, we were relaxing at the bar, sipping on some Aperol Spritz when he invited us to discover his Mediterranean island. 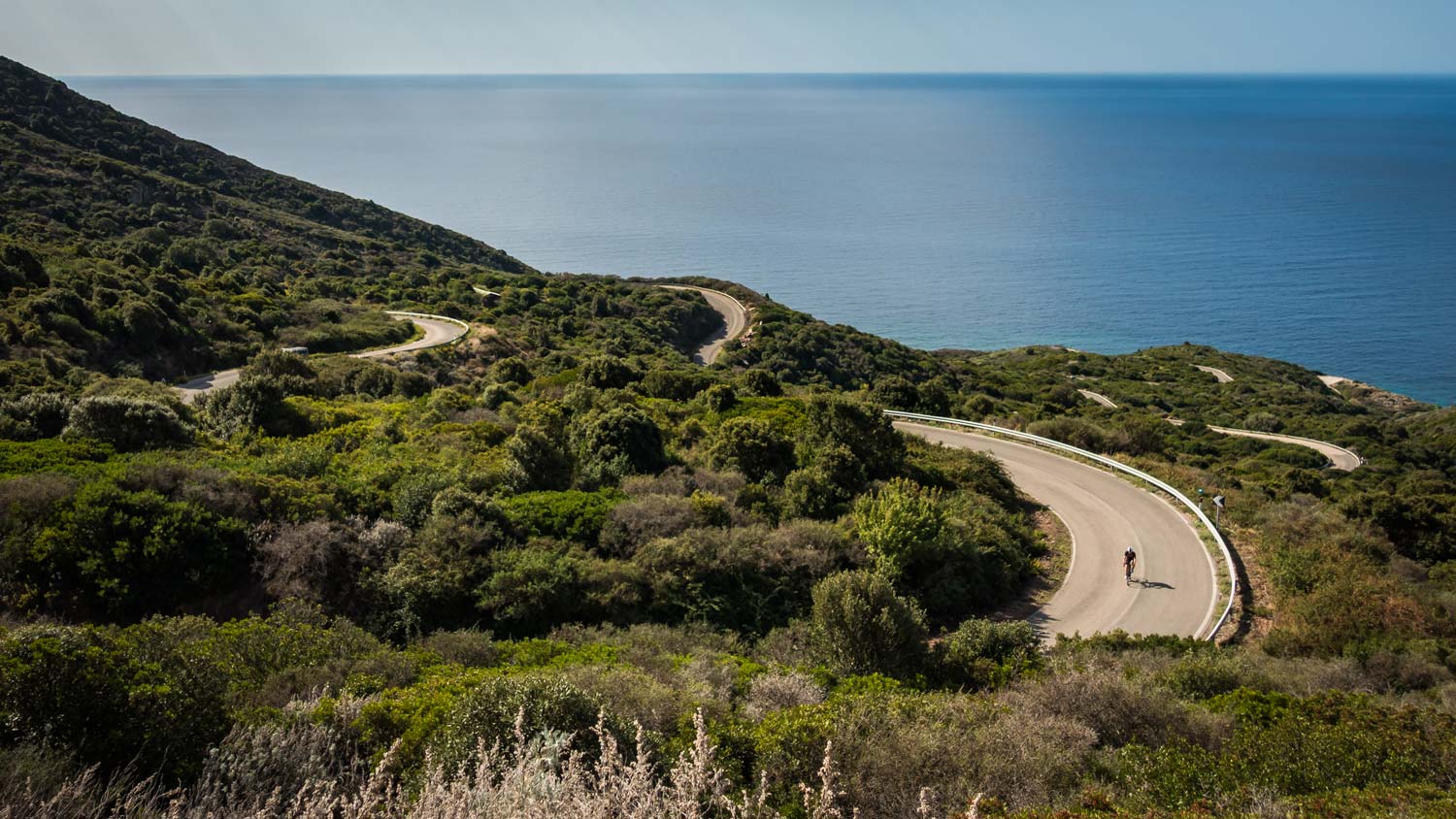 I had never been and was looking for a new destination to take guests for some late season riding. Somewhere off the beaten paths. One Spritz later and the decision was made: we would go to Sardinia for a training for nothing camp.

At the end of October, we spent four days with Marcello and his mate Simone on the west coast of Sardinia. We started in Tresnuraghes and finished at Alghero, the town that will host the start of the 100th edition of the Giro in 2017. In these four short days I discovered an amazing place. Here’s everything you always wanted to know about riding in Sardinia. Not that you were afraid to ask; you just didn’t know this place is indeed a cycling paradise.

I live in Switzerland. Here, most roads are as smooth as a baby’s bottom and I am often shocked by the bad quality of asphalt when I go abroad. Not in Sardinia: even the small lanes in the countryside are well maintained, which makes for an outstanding experience.

Still, I have to say that we were caught in a traffic jam on one occasion. As we were coming down a hill on the third day, we found the road blocked. By a herd of sheep. Nobody complained… and many pictures were taken.

As a matter of fact, we barely saw any car outside of the towns. “Our population is a bit more than a million and a half, and one third is concentrated around Cagliari,” says Simone. “The island is about 300km long and 200km wide, so we’ve got space. It’s still possible to live in the outdoors, feeling alone and at peace, and totally immersed in nature.”

Not only are the roads smooth and empty, they are also gorgeous. In many different ways: with its cliffs and big views, the road that winds along the sea between Bosa and Alghero reminded me of the Pacific Coast Highway around Big Sur in California. Repairing a puncture there under the gaze of a three-metre wide griffon vulture circling above us was a highlight of our trip. In Sardinia, even a negative part of cycling is a positive attribute of the adventure. 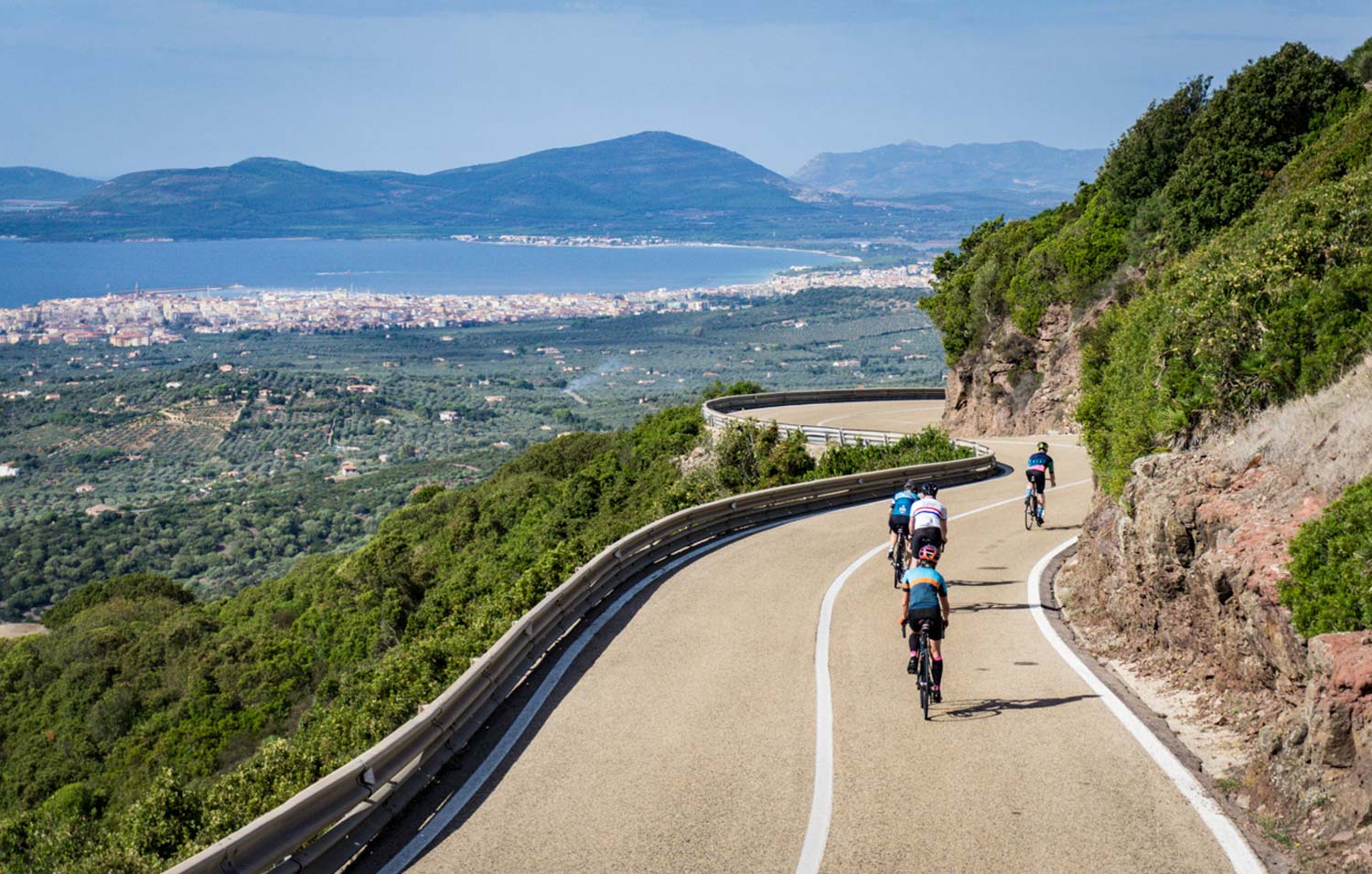 At home in Switzerland, late October means wearing short fingered gloves… at best. In Sardinia, the temperature was between 22 and 28 degrees. We rode in short knicks most of the time. It is possible to ride all year; winter may be a bit cold, but mostly inland. “With long days, a blast of colours and perfumes as well as marvellous light, spring is the best season,” says Simone. “In summer, take a siesta between noon and 4.00pm.” That sounds like good advice.

A good cycling tour is not just about the riding. Eating (not just fuelling) is also essential. On our first evening, we had dinner at Trattoria da Ricardo in Magomadas. There was no menu as the owner, Ricardo, cooks the fresh food he finds every day at the local market. Homemade bread, cheese, ravioli, tuna and swordfish accompanied by red wine: our experience of Sardinian cuisine started with a bang.

For our second dinner in Bosa, Marcello and Simone had prepared a surprise. Through winding cobbled streets, we were taken to the wine cellar of brothers Manuele and Luigi. They make Malvasia di Bosa, one of the Sardinian wines. While we were tasting it, dishes were brought in and we ended up having a full dinner in the cellar, with suckling pig as the main course. We slept well that night.

But the food experience in Sardinia is not limited to the meals. With Simone and Marcello, there were no energy drinks or tasteless cereal bars for rides. They wait for you on the roadside with a full buffet: shepherd’s bread with honey, fresh fruit, torrone (the local nougat), pecorino cheese and fregula, a dish halfway between couscous and pasta. After that, you’ll never look at your energy food the same way.

In many holiday destinations, the hospitality tends to be standardised at best, fake at worst. In Sardinia, people are real. You can feel that Simone and Marcello are in love with their island; they will tell you everything about the history and the culture of the places you’ll visit with them. They will introduce you to their friends. Like Ricardo, who hosted us in his trattoria for our first dinner. Not only is he a fantastic chef, but he’s also an adventurer and a storyteller.

Every year, Ricardo goes on a big cycling trip. His next goal: Beijing. Oh, there’s an important detail: the guy is 70, but he easily looks 10 years younger. Cycling, healthy food and a simple life apparently perform wonders.

Sardinians are passionate people. We spent our first two nights at Villa Asfodeli; we were hosted by Guglielmo, an architect by profession, and his wife Maria Cristina. In 2007, they bought this ancient villa in the small village of Tresnuraghes near Bosa. They restored it carefully, turning it into a hotel without losing the character of the building. This is the story Guglielmo will tell you when you return from a big day out, as you eat the pasta he just cooked himself. Delicious food served any time of the day to hungry cyclists is not the only service provided by this bike-friendly hotel: you can also get your kit washed every day and store your bike in a secure garage equipped with tools.

Great riding, beautiful scenery, amazing food and authentic people: it did not take me long to understand that the organisers of the Giro d’Italia have unearthed a hidden gem for the start of the race next year. I hope that this spotlight on Sardinia will inspire many cyclists to take a break from their busy life and discover this cycling heaven.

I will be back. First in the spring to enjoy some early warm weather; then for the Giro as part of the Grand Tours Project holidays, where we will ride on the race course, just hours before the pro peloton. And, of course, for another training for nothing camp in autumn. But I also have another reason to go back. Marcello promised me that he’ll get me pecorino cheese from his friend the shepherd next time I am in Sardinia. I’m Swiss and I have a passion for cheese, so I have to go back for the pecorino…

Join Alain in Sardinia next May when he goes for the 100th Grand Partenza: grandtoursproject.com