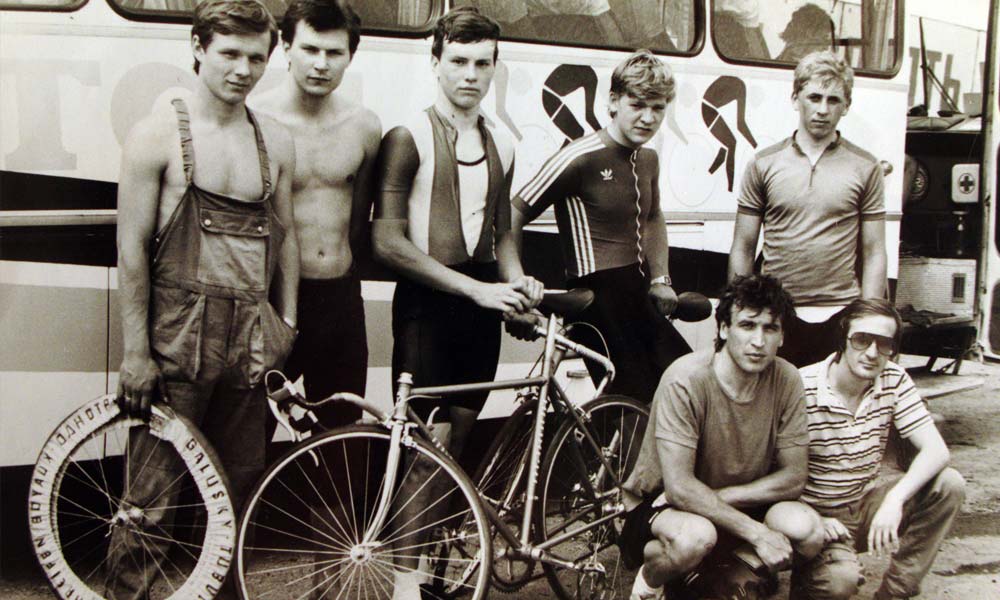 Cycling in the Soviet System (Part 1) – by Nikolai Razouvaev

Since 2014 we have been publishing a series of articles about cycling in the Soviet system by Nikolai Razouvaev. As we close in on the conclusion, we are going to publish the articles online.
This is part one…

Nikolai Razouvaev has a unique story. As a teenager he joined the Soviet sporting system. In 1984 he was part of the team from the USSR that won the gold medal in the team time trial at the junior world championships in Caen, France. His aim was to use that foreign excursion to “escape” his country… but he was young and the challenges that he faced to live out his dream were insurmountable at the time.

He would return to the Soviet Union and, over subsequent years, continue to race his bike. But there was little to like about the way he practiced sport: training was conducted with military-style efficiency and the coaches dictated terms – often ruling with an iron fist.

Razouvaev wanted to rebel. But the communist regime made it difficult for him to do anything outside of what the system demanded of him.

There are many rumours and allegations about what it was like to be an athlete in the Soviet Union in the 1980s but rarely is there a first-hand account of conditions. But Razouvaev is able to tell his story in a compelling way.

Click the link below to find part one of the series by Nikolai Razouvaev as it appeared in RIDE Cycling Review.

This article was first published by RIDE Media in October 2014.

Note: Some of Nikolai Razouvaev’s articles have been published online but our aim is to catalogue the series on our site in the same format in which they appeared in the magazine.