Stories come to mind often when you ride a bike. In my 30th year of reporting on cycling, I’ve collected a few anecdotes along the way. Many have been told but not all of them… although that’s about to change.

It’s not always possible to find a reason to tell a story that’s buried deep in the back of your mind, but I find they tend to emerge when I’m riding my bike. Sometimes, it’s the scent of something familiar that will evoke a memory. Other times, it’s a visual cue. Or it could just be a random thought that I don’t really understand that prompts me to think – or talk – about what I’ve observed over the years.

Not every memory about cycling needs to be shared with a broader audience. We’ve all got cycling anecdotes that entertain us, but it doesn’t mean they’ll be relevant to anyone else. Occasionally, however, one man’s story may resonate with other people… even if it doesn’t seem to fit in with the norm – what people, for example, may usually expect on a website about cycling.

Although I’ve published thousands of articles about cycling and posted hours of coverage, there are still some stories that remain untold. Some might not have been necessary to explain at the time, or something else may have gazumped them, and thus a good anecdote might have gone to waste all because there was too much happening all at once.

Let’s use a typical bike race as an example. How many times has there been an event involving ±200 riders and a long stretch of road – with mountains or wind or spectators or the myriad other elements that can influence the story – and the report relates simply to the person who threw a victory salute? Often! It happens all the time.

But victory isn’t the only thing that matters and often the hidden stories are more amusing, pertinent even. Alas, good yarns can inevitably get overlooked as writers or videographers or editors or the audience demand attention be given to another story. 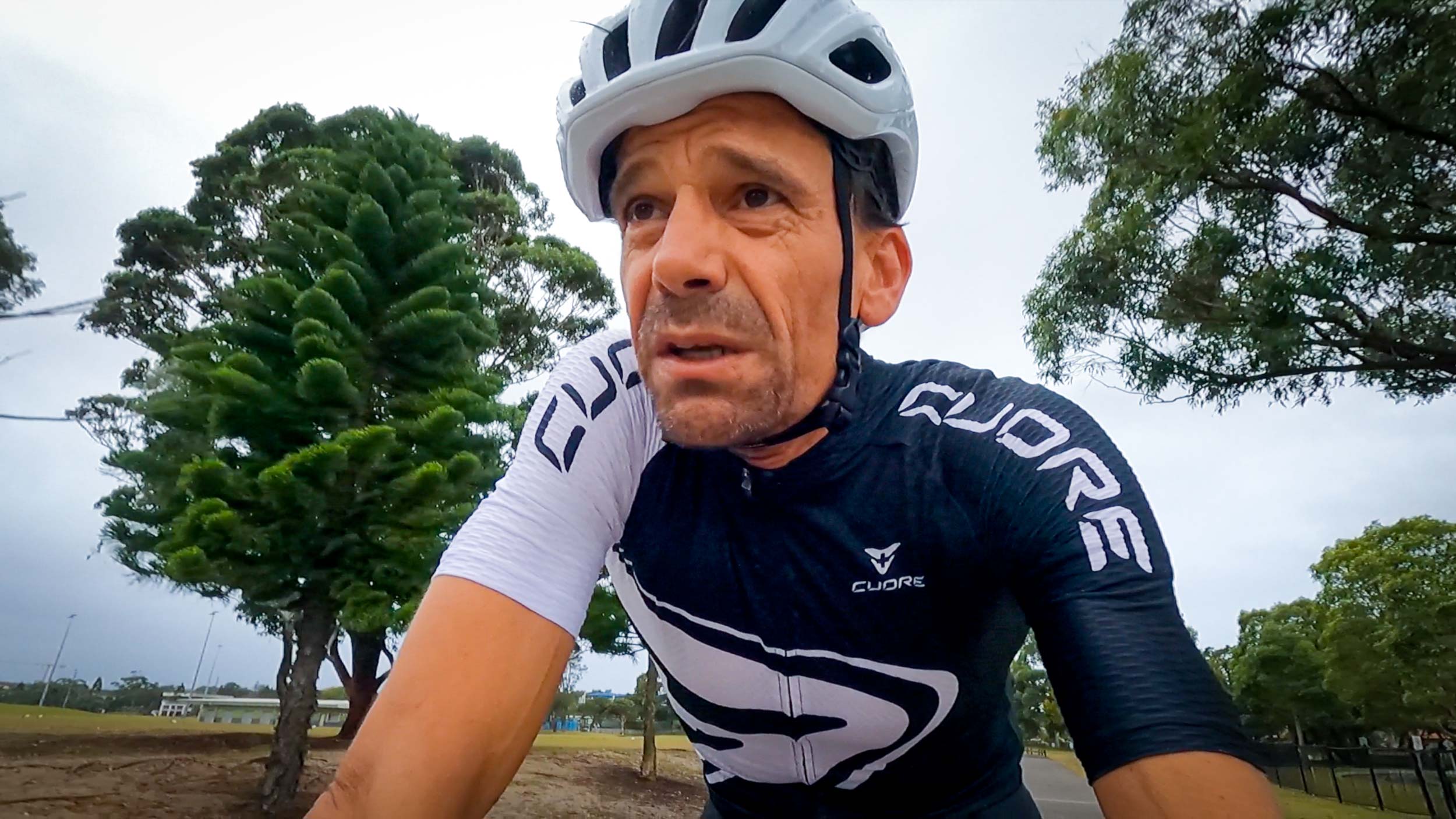 Time on the bike allows me to think (or talk) about things I’ve long forgotten. And sometimes funny / interesting / irreverent stories emerge.

It’s near the end of the opening month of 2021 and it’s becoming clear that the racing scene is going to be significantly affected, once again, by the pandemic.

Already, the TDU has been removed from the WorldTour calendar and in its place came the ‘Festival of Cycling’. And so, some of the usual mechanisms that had existed to help conjure stories about the things we love haven’t been in action in January 2021.

Instead of just wandering through the lobby of the Adelaide Hilton and waiting for a story to slap me in the face, it’s necessary to look a little harder, to seek out something of interest and, ideally, share it in a way that provides insight and/or entertainment for others.

I love telling stories about cycling. It’s what I’ve done for a very long time but, as referenced already, not all of them have been told. 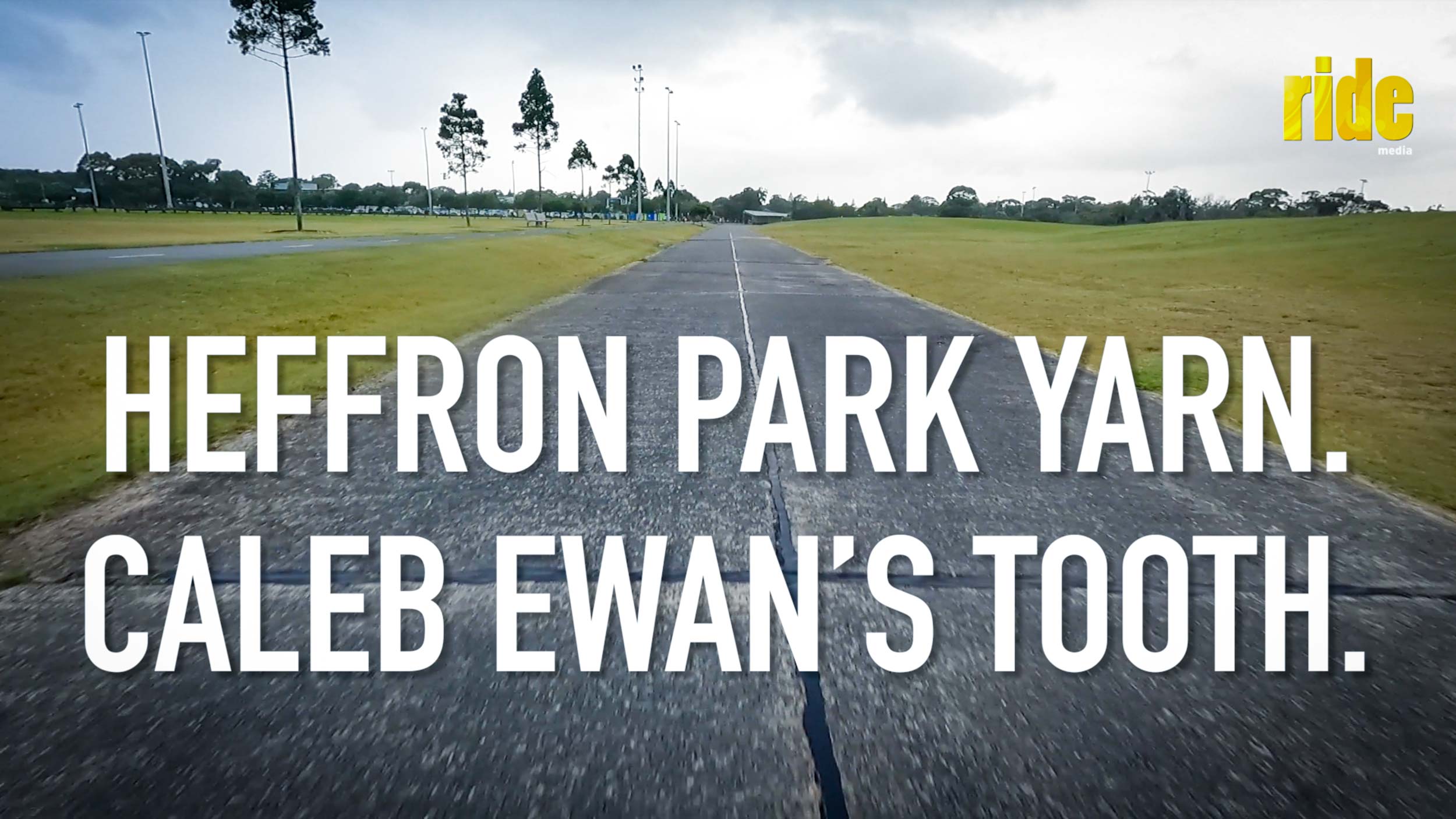 Yesterday, while on a ride in rather average conditions with a camera in my jersey pocket, a few memories came flooding back. I pulled out the GoPro and started to talk… before I knew it, there was a 10-minute review of an incident from years ago. (Click the link above to watch.)

Sometimes it’s easy to remember all the minutiae, the tiny details that add up to an amusing anecdote, but at other times only some details come to mind.

The story of Caleb Ewan’s post-crash tooth repair at Heffron Park many years ago is a fine example. It took only a few hundred metres of riding the concrete ‘goat track’ in Sydney’s eastern suburbs to remind me of the incident, but the finer details – ie. the year in which the crash happened – escaped me. Still, I was compelled to share my memory of an interesting bit of dentistry that… well, has never been aired before.

The first #CyclingAnecdote by Rob is now on YouTube. You can click play and listen to my yarn. It might amuse you. It might even amaze you – not so much the story, but the theme of it…

There are plenty more stories and it could be that some others make it onto computer screens via articles and/or videos on RIDE Media’s site (or social media channels).

In the meantime, here’s a challenge that I’m willing to take on because I’m confident to say that I can relate almost any topic to a story that somehow has a link – however vague – to cycling. So, if you would like to issue me with a topic or a theme, and see if it can conjure a #CyclingAnecdote, don’t be shy.

Send your suggestion in, via social media or email, and I’ll see if I can find a story that relates to what you’re interested in. I may not do it immediately, but I’m curious to know what you’d like to hear about.

Of course, while this series develops, I’ll be doing other things – more of the usual stuff, like product reviews and probably even a few more #RideRantReview sessions – as well as waiting for the racing to commence again.

The cycling life is a good one that does create memories, as the Team Sunweb jersey used to say, but that doesn’t mean these stories have been told. Perhaps, the #CyclingAnecdote challenge will prompt a few hidden gems to emerge. What do you think? (And what do you think about when you’re riding?)