In 281 days, the focus of the cycling world will be on Wollongong and surrounds. The UCI road cycling world championships are coming back to Australia… and, after the routes were revealed during a function yesterday, we now know where the action will take place.

Details of the race routes for the 2022 road cycling world championships were revealed in Wollongong on Friday. In a first for the UCI event, both the men’s and women’s time trials will be contested on the same day, on the same course, over the same distance.

On the Thursday of the championships (22 Sept) there will be a ‘rest day’ in the schedule of races from 18-25 September and the elite road races will feature on the closing weekend, women on the Saturday and men on the Sunday. 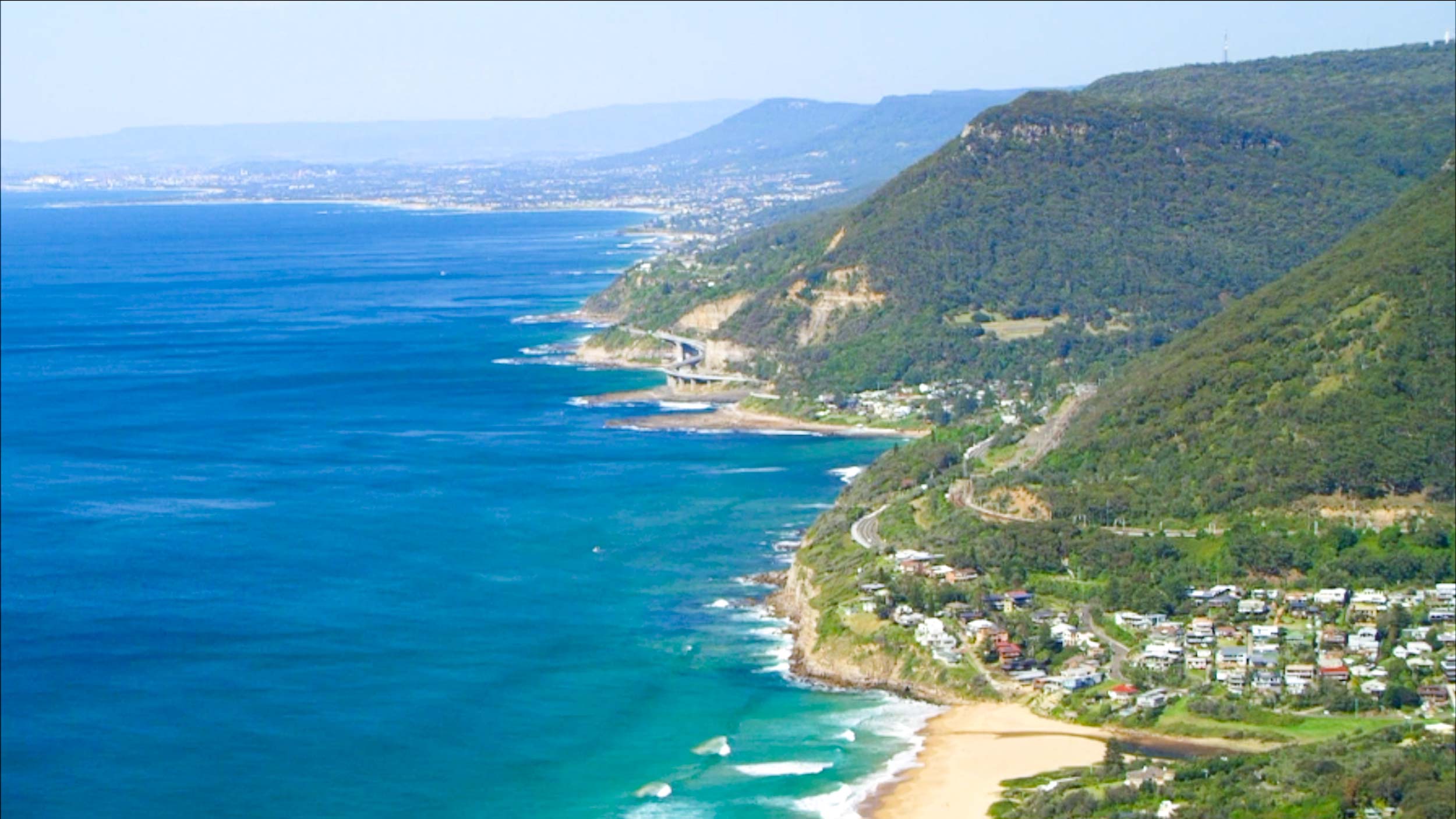 The road races will begin in the most northern suburb of Wollongong, Helensburgh, and finish on the flat beside the main beach near the city of Wollongong.

Once arriving near Wollongong, the route takes riders around two circuits near the city: first, up Mount Keira onwards to Mount Kembla, descending towards Unanderra and turning north again after reaching Cringilla.

Once that ‘climbing circuit’ is completed there will be laps of a city loop which will also include an ascent of Mount Ousley Road and onwards to the brutal ascent of Ramah Avenue at Mount Pleasant. This short but steep climb will be a focal point of the road races and will feature on a number of laps shortly before the finale. 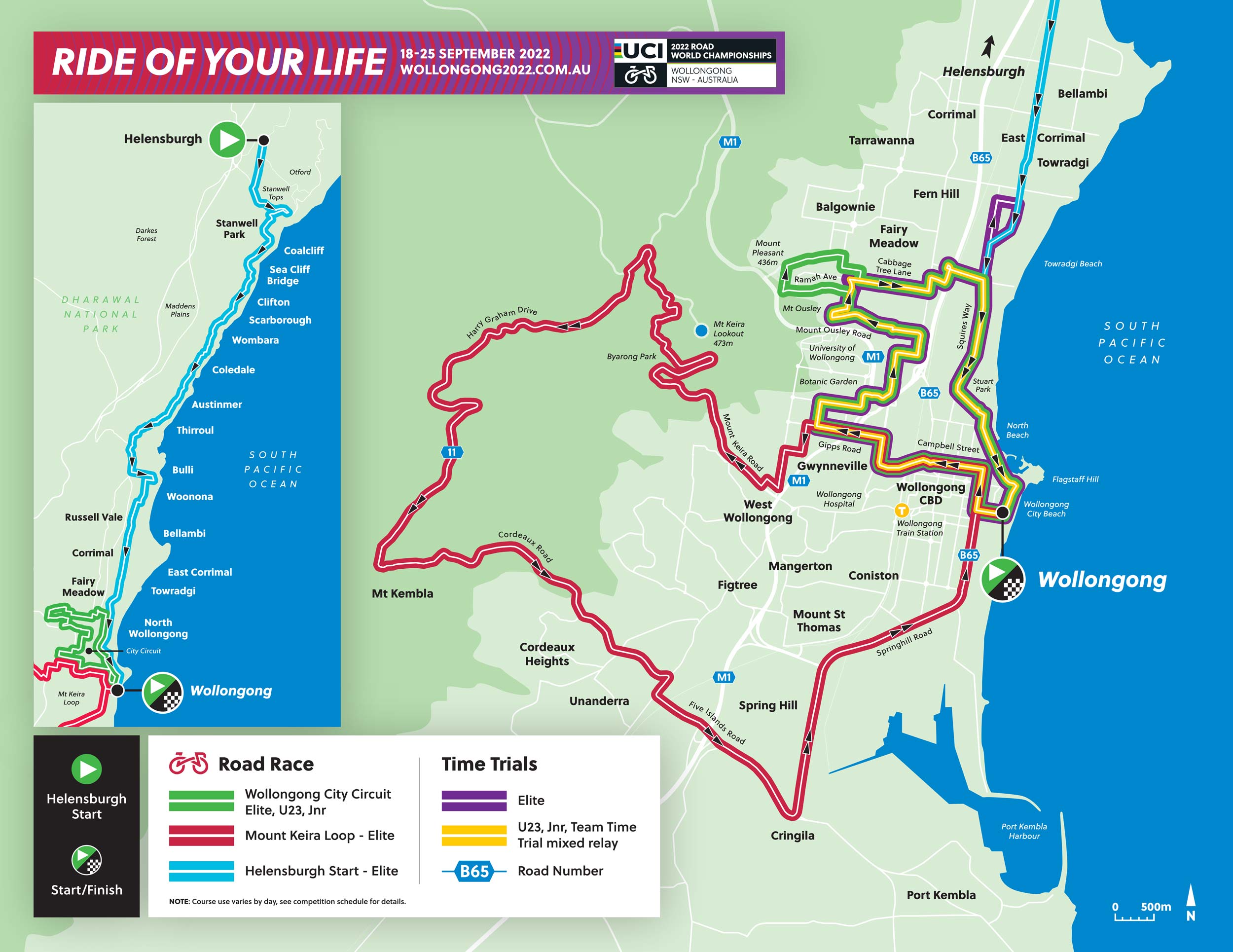 Exact distances of the races haven’t yet been confirmed as the organisers are still liaising with officials from the UCI about the number of circuits that will be completed by the various categories.

It has been suggested that the Mount Pleasant circuit will be raced more than five times, and possibly as many as eight, although final details are yet to be confirmed.

The finale of the road races will be on a slightly downhill finishing straight on Marine Drive alongside Wollongong City Beach.

At the function on Friday, the federal minister for sport Richard Colbeck announced that the government would contribute another five million dollars to the championships, propping up what is already a significant investment by the NSW state government. 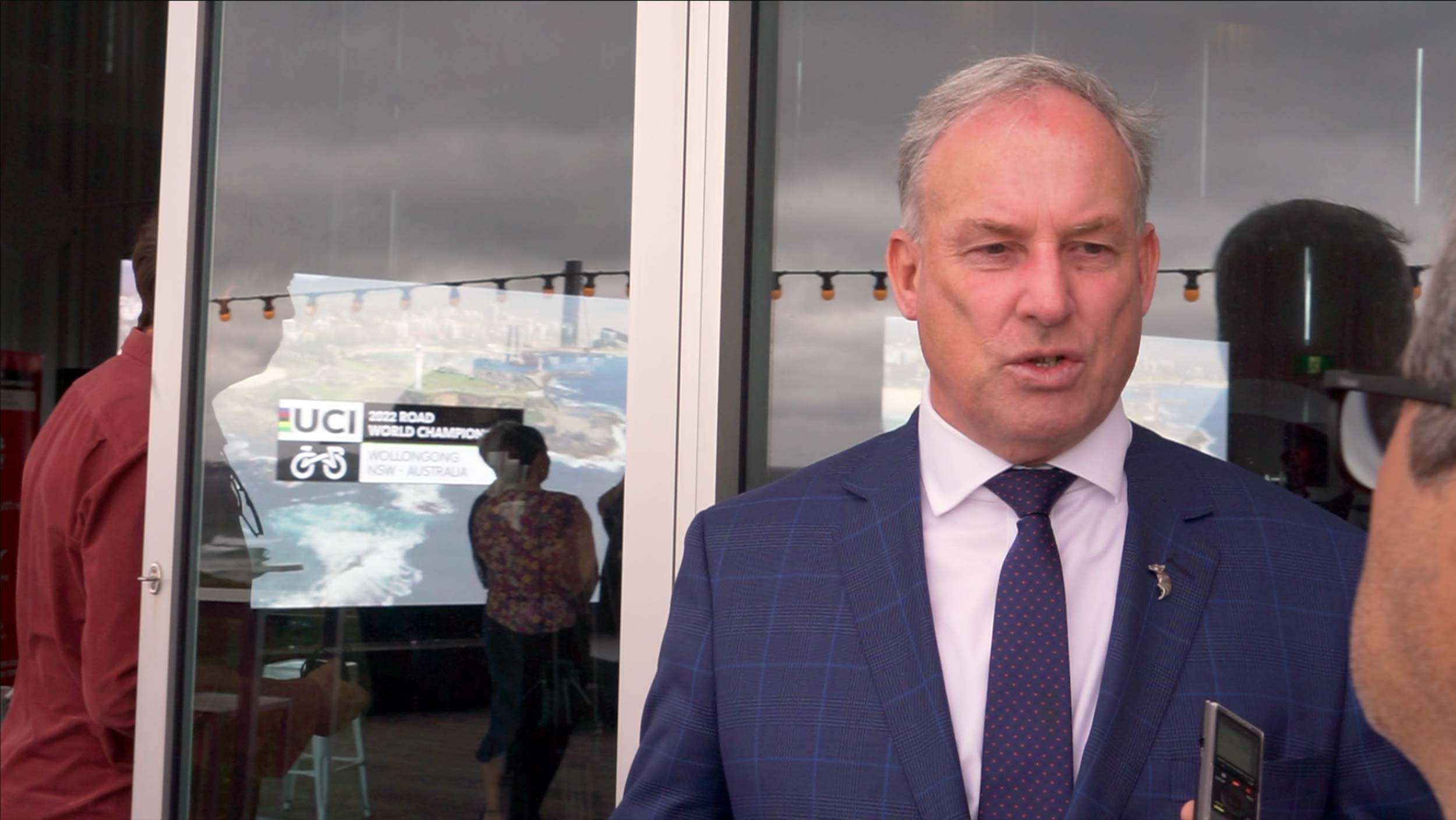 Senator Richard Colbeck announced that the federal government would contribute an additional AUD$5m to the UCI road wold championships in Wollongong.

Although there are certain elements of the championships that are yet to be finalised, the function allowed organisers the chance to introduce the route, explain the program and respond to any concerns about the impact of the pandemic. The hope is that, by September 2022, travel to and from Australia will be possible again and the restrictions imposed for much of 2020 and 2021 won’t hinder the championships.

Other details were confirmed during the presentation, including the broadcast arrangements for the host nation. There was only a fleeting reference to the deal that was recently reached with online streaming platform Stan and parent company Nine. Exactly what races will be shown live on free-to-air TV was not explained.

RIDE Media understands these negotiations are ongoing and that the details of the broadcast schedule will be confirmed in the coming months. 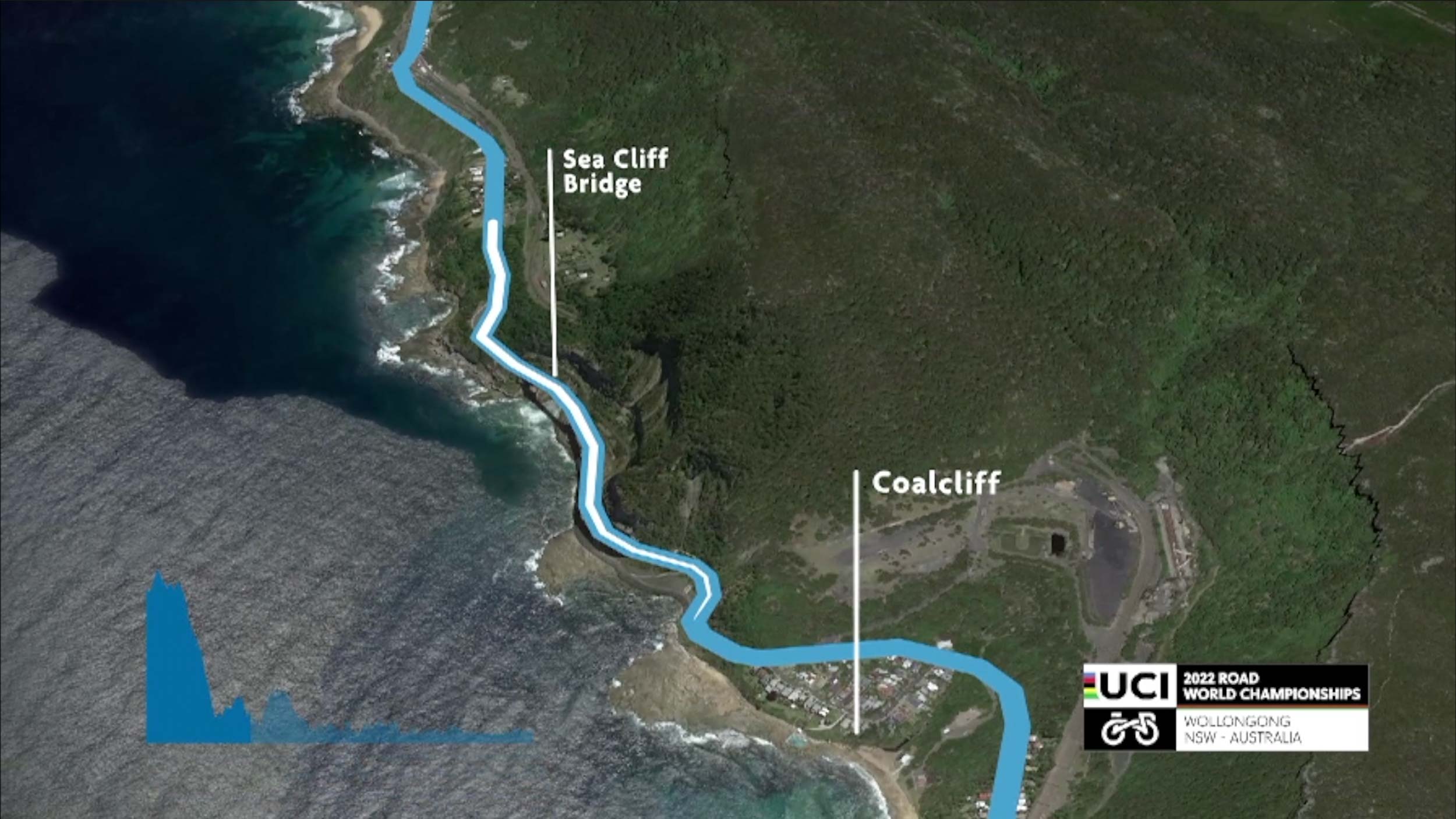 Meanwhile, in other Australian sporting news, the AFL outlined some of the schedule for its 2022 competition and although not all match dates were revealed, the Grand Final is expected to be contested on 24 September. This will coincide with the running of the blue ribband event, the women’s road race in Wollongong.

The only time Australia has ever previously hosted a road cycling world championships was in 2010, when the final events were contested on the first weekend of October. Still, the AFL impacted the coverage because the Grand Final that year was drawn and a rematch took place on the day of the women’s road race.

Not only did that impact the TV ratings, it also meant that a considerable amount of broadcast equipment was reallocated from Geelong to Melbourne. The cycling coverage was still fantastic and those who couldn’t make it to watch the racing live were treated to hours of thrilling competition over a week of racing in Victoria.

The 2010 world championships in Geelong provided a series of highlights and racing that will long be remembered with Giorgia Bronzini beating Marianne Vos and Emma Johansson in the slightly uphill sprint on Moorabool Street. On the final day, Thor Hushovd claimed the rainbow jersey of the men’s road race, with the podium rounded out by Matti Breschel and Australia’s Allan Davis. 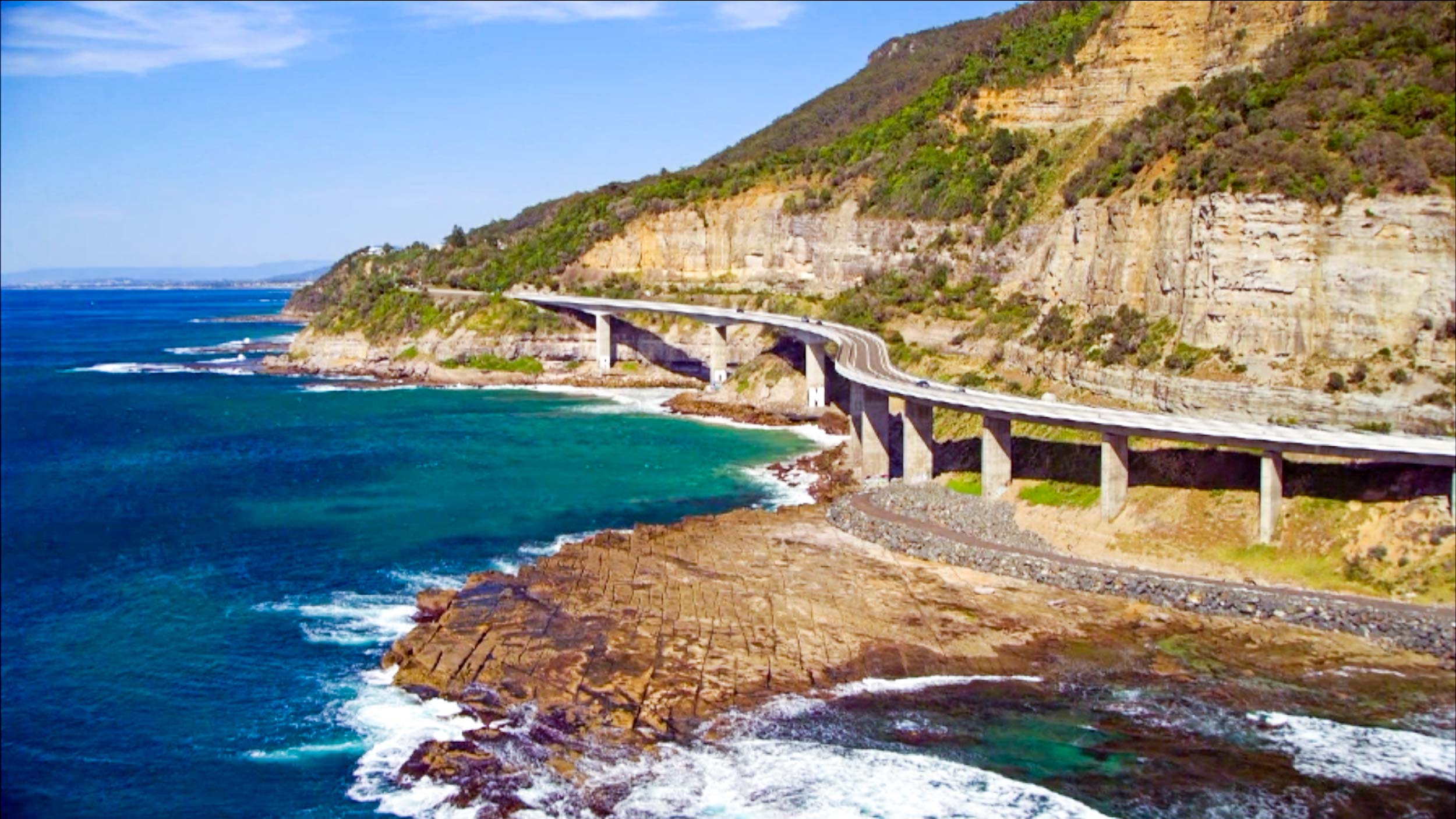 Gender equality in the TTs

Early in the formalities on Friday, there was a video presentation by the UCI’s Director General Amina Lanaya, who outlined one of the key initiatives of the 2022 world championships. Next year will be the first time since the individual time trial made its debut on the worlds program in 1994 that the distance of the races for both men and women will be the same.

Furthermore, the two elite time trials in Wollongong – contested on a circuit in and around the city, extending to Mount Ousely Road (but not including the Ramah Ave climb) – will be contested on the same route, the same distance, and on the same date: 18 September 2022, the opening day of competition for #Wollongong2022.

Lanaya expressed pride about being able to introduce an element of gender equality into the schedule. 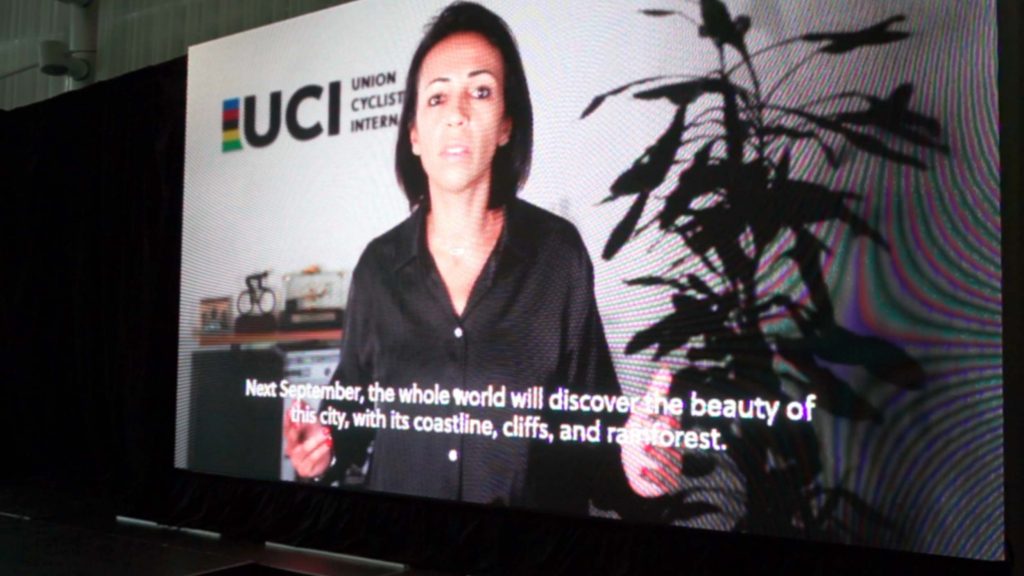 Seascapes and escarpment: a stunning backdrop

The race routes will showcase the Wollongong region in spectacular style but it was a challenge for organisers to find suitable courses that were practical for spectators. The courses will include fantastic cycling terrain which also provide wonderful vistas. The world championships is a sporting event but there is also a considerable push to attract visitors to Wollongong, and NSW in general.

Destination NSW, the state’s tourism office, is a major backer of the championships with an investment said to be over AUD$20m. When the deal was originally brokered in 2018, the pandemic was still years away and it was logical for Australia to put in another bid to the UCI.

Wollongong 2022 CEO, Stu Taggart, believes it will be possible to stage the championships without being too affected by travel limitations and associated worries because of COVID. Still, he also notes that considerable additional resources need to be allocated to ensure the safe running of the event.

There are 281 days to go before Wollongong becomes the focus of the cycling world, and in that time more will be revealed about the route, the likely favourites and what we can expect from the racing. The stage is, however, set and the mood is one of optimism and excitement.

Will you be ready for the racing? Have you booked your holidays?

It promises to be a great week for cycling in a city that is committed to staging a championships to be remembered. 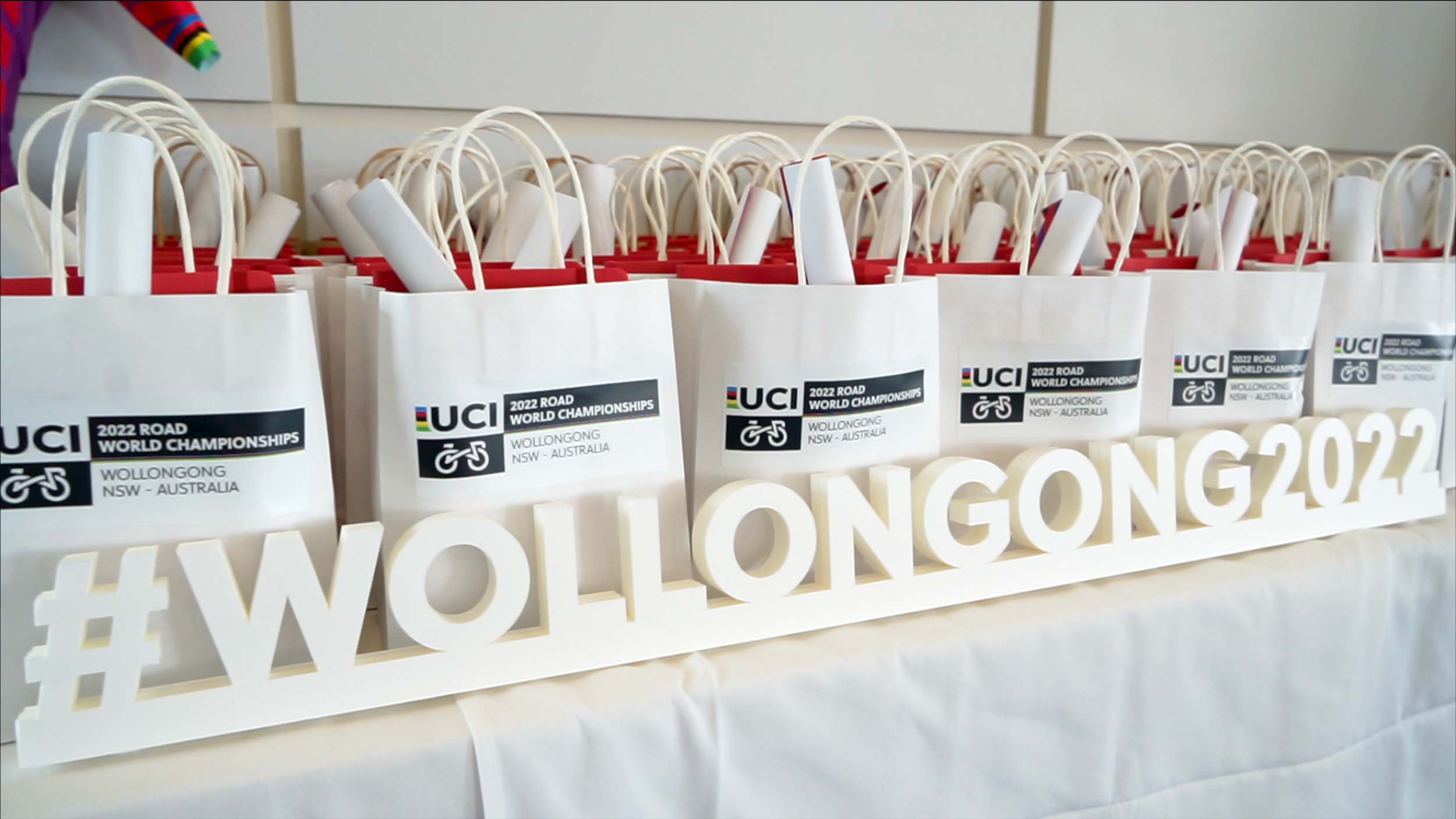