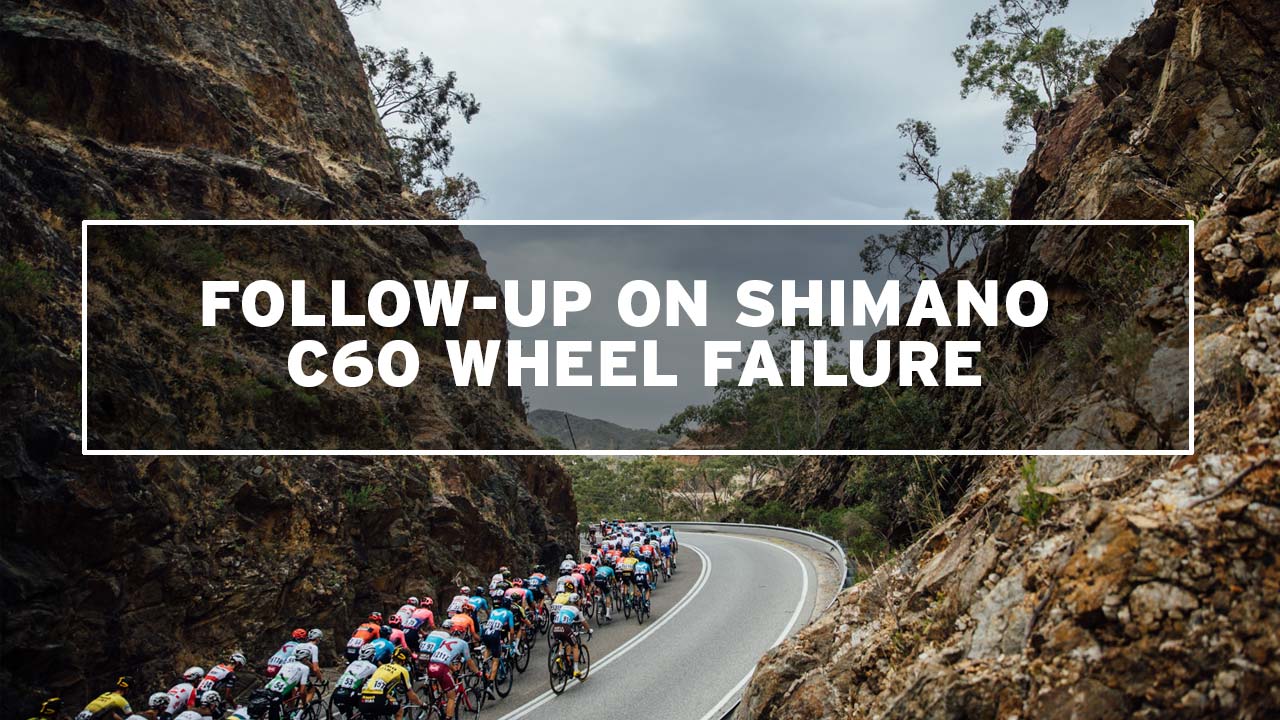 Reporting on issues of equipment, even when correct, causes considerable angst for pro cyclists.

At the very end of stage two of the 2019 Santos Tour Down Under, just as the sprint for the win began, a spoke snapped and ruined the chances of a young, ambitious local rider. He crossed the line, furious about the predicament he found himself in. As he limped to the team van with a wheel that was so severely buckled he could barely keep the bike moving, he expressed his frustrations.

It was difficult to ignore; here was a chance of a maiden victory in a WorldTour race for a rider who had switched teams for the 2019 season. Instead of challenging Paddy Bevin for the win, he was forced to consider possible time losses on GC.

Instead of talking to the media about the sprint, he spoke about equipment failure; it makes sense, that’s what the story of his race was all about.

The rider offered his appraisal of the predicament. Despite his anger, he was considered with his comments and sympathetic to the plight of the team, the equipment supplier, and he offered a few hypotheses about what may have caused the failure.

RIDE Media was beside the rider when he reached his team van. He explained what happened to his team management and team-mates, cooled down a little, and then – when he collected his thoughts – he answered my questions about the incident.

He is a rider who grew up relatively near where the stage finished. He had a chance to challenge for the win. He didn’t get to finish off the job. And he explained why: it was an equipment issue.

He is new to his team and knows he should be mindful about what he says, but he was also honest and explained the situation truthfully.

After stage two, RIDE Media published a brief report about the incident, naming the product supplier (also a sponsor of the team) and the wheels concerned: Shimano, C60. 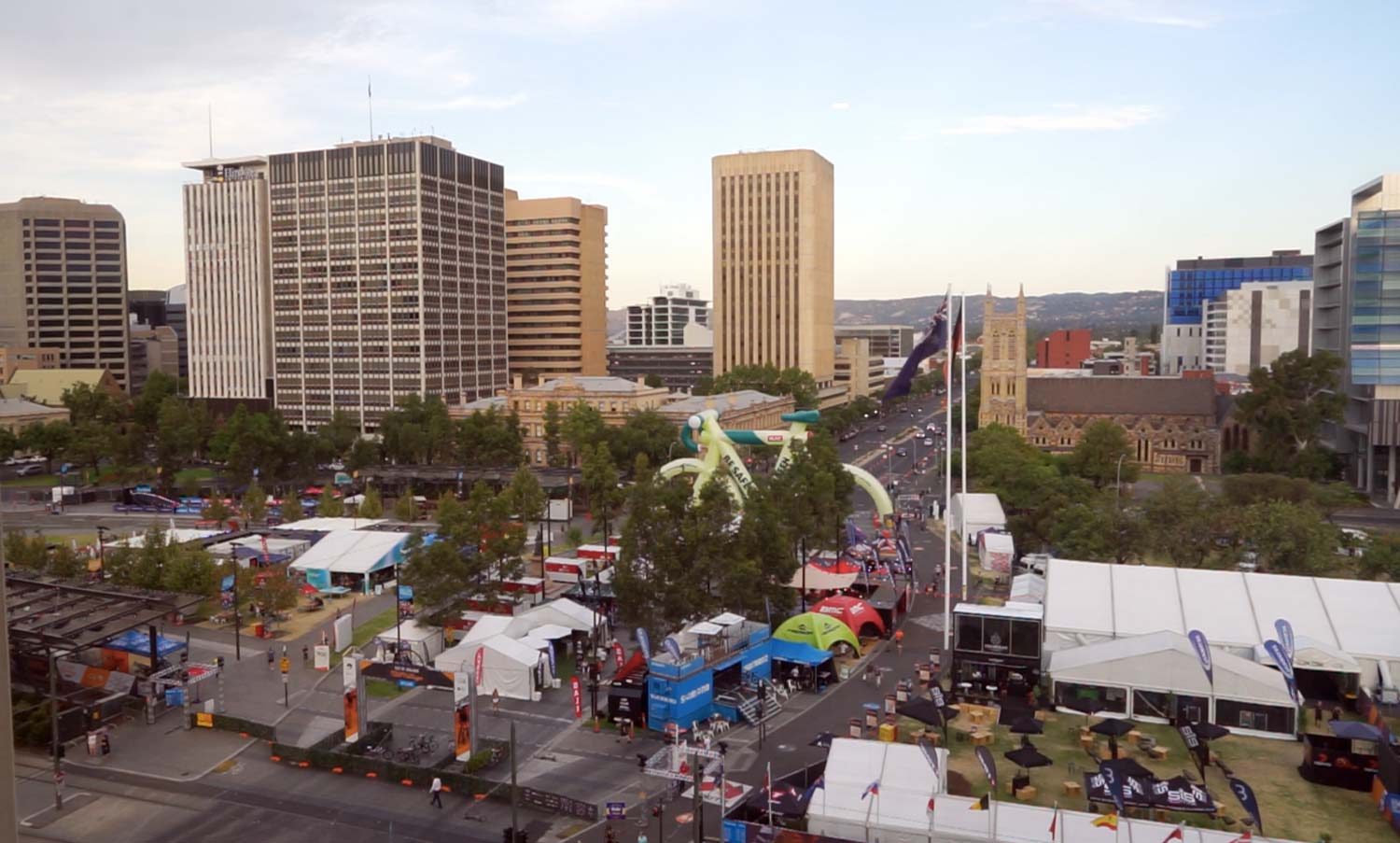 Shimano is one of many cycling brands with a presence in the TDU Tour Village (pictured).

The story prompted some commentary on social media and private correspondence from some who have experienced similar issues with the C60 wheels.

“Just read your piece on spokes on C60s,” came one email. “Our team had the same issue last year, as did others we know who use C60 wheels. Seems there were a ‘bad batch’.”

He asked that we not mention his name (or his team) and the reason is clear: Shimano doesn’t respond well to reports about failure of its equipment. That too makes sense.

But if it happens, it’s okay to report on it; after all, who wants to buy wheels from what might be a “bad batch”?

The story we originally published was verbatim and correct. It was an incident that influenced the result of the race and spoiled the chances of success for a young rider.

The facts are the facts but instead of responding, Shimano flexed its muscle and issued several complaints to the rider’s team. “I’m copping a lot of heat,” said the rider.

On the morning of stage three, he politely approached me and explained that the team and Shimano wanted the report deleted. “It’s not a good way to start with a new team,” he said.

Out of respect for the rider, the report has been taken down. He’s a good man and he doesn’t deserve the angst… but it demonstrates that, instead of looking for solutions to the problem – or explaining what may have caused the failure with a response to the original report – Shimano opted to shut it down.

“They should actually thank you,” wrote one person involved with Shimano. His insinuation was that the C60 wheels do indeed have a problem, one that’s known about, and one that has caused considerable frustration for pro teams – riders and mechanics – as well as bike shops and customers around the world.

There are many wheels on the Shimano ‘menu’. Riders on pro teams can decide which they want to race with and mechanics of WorldTour cycling teams have a large collection at their disposal. Usually the wheels are good or better, but occasionally – evidently – there is a “bad batch”.

It’s frustrating to publish the truth only to later delete the story. Let’s be clear though, RIDE Media has removed the feature from our website out of courtesy to the rider, not Shimano.

If the response to some social media commentary (also now deleted, to spare the rider any more angst) is anything to go by, the local agent, Shimano Australia, doesn’t enjoy a great relationship with some customers. But instead of trying to remedy the “bad batch”, it opts to avoid addressing the issue and manage it with some political manoeuvring.

To conclude this little story, we share a quote from the thread relating to the original post that provides a little insight into the machinations of how Shimano Australia manages its customers.

“Calls Shimano Australia for spare spokes,” wrote McKay, before concluding with a quote about how they are prone to responding: “No stock, no ETA. Would you like to put that on backorder for 25% more than you would pay online? Or I can sell you a wheel.”

Why fix a problem when you can sell another set of wheels instead?

Note: RIDE Media visited the Tour Village after the second stage. Shimano Australia’s general manager, and its marketing manager saw me there and never made an approach to talk about the story. If Shimano would like to provide comment, we will consider a response.