Gerry Ryan interview: “The Tour de France has got a new date but I can’t see how you can quarantine riders”

Gerry Ryan is the owner of the Mitchelton-Scott team. He has hopes and aspirations – and investments – in cycling (and many other sports) but he also recognises that there is a chance that the entire 2020 season may be “written off”.

Gerry Ryan is a businessman who loves sport and is also proud of his association with some of the biggest entertainment productions in the world. His investments include the Mitchelton-Scott team, the Melbourne Storm NRL team, race horses, and the hugely successful production company Global Creatures – responsible for Walking With Dinosaurs, King Kong (the musical), and Moulin Rouge! the Musical.

His passion for cycling is well documented and, at the start of 2020, big things were expected from his teams (women and men). At the start of May, however, he concedes that it will be difficult for racing to proceed even if he retains his usual sense of optimism.

– Read the verbatim transcript of the interview – 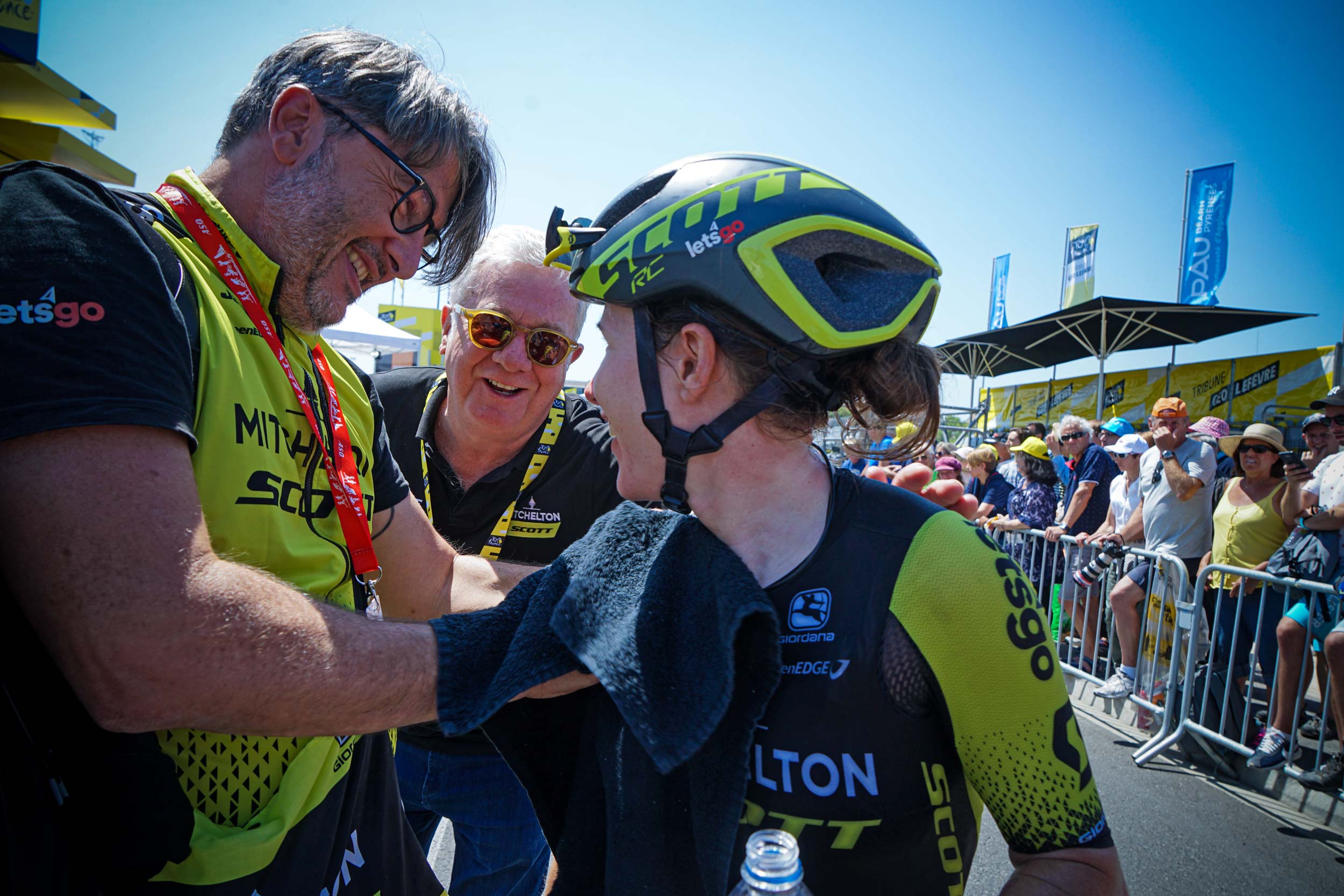 Gerry Ryan is the owner of Mitchelton-Scott, Australia’s only WorldTour team. At the end of the 2019 season, the women’s squad was second in the world rankings, and the men’s program was eighth. (Photo: Rob Arnold)

Ryan has doubts about the viability of racing in a season that has been heavily impacted by the pandemic and although he too would love to see events like the Tour de France go ahead, he questions how such a logistically complicated event could proceed, even with a suspended schedule and proposed start date of 29 August.

“I know that the Tour de France has a new date but I can’t see – because they’re travelling from town to town, or village to village each night – how you can quarantine riders,” Ryan told RIDE Media yesterday.

He sponsors the team that has been part of every Tour since 2012, understands the complexity of the bike race, and questions how something of that scale can be managed when there are so many unknown elements in 2020.

“The riders might be quarantined,” he says, “but what about the people running hotels and the kitchens of where riders stay? Then you’ve got media. You’ve got officials.

“I find it very difficult to understand that the government will allow that to happen just yet.” 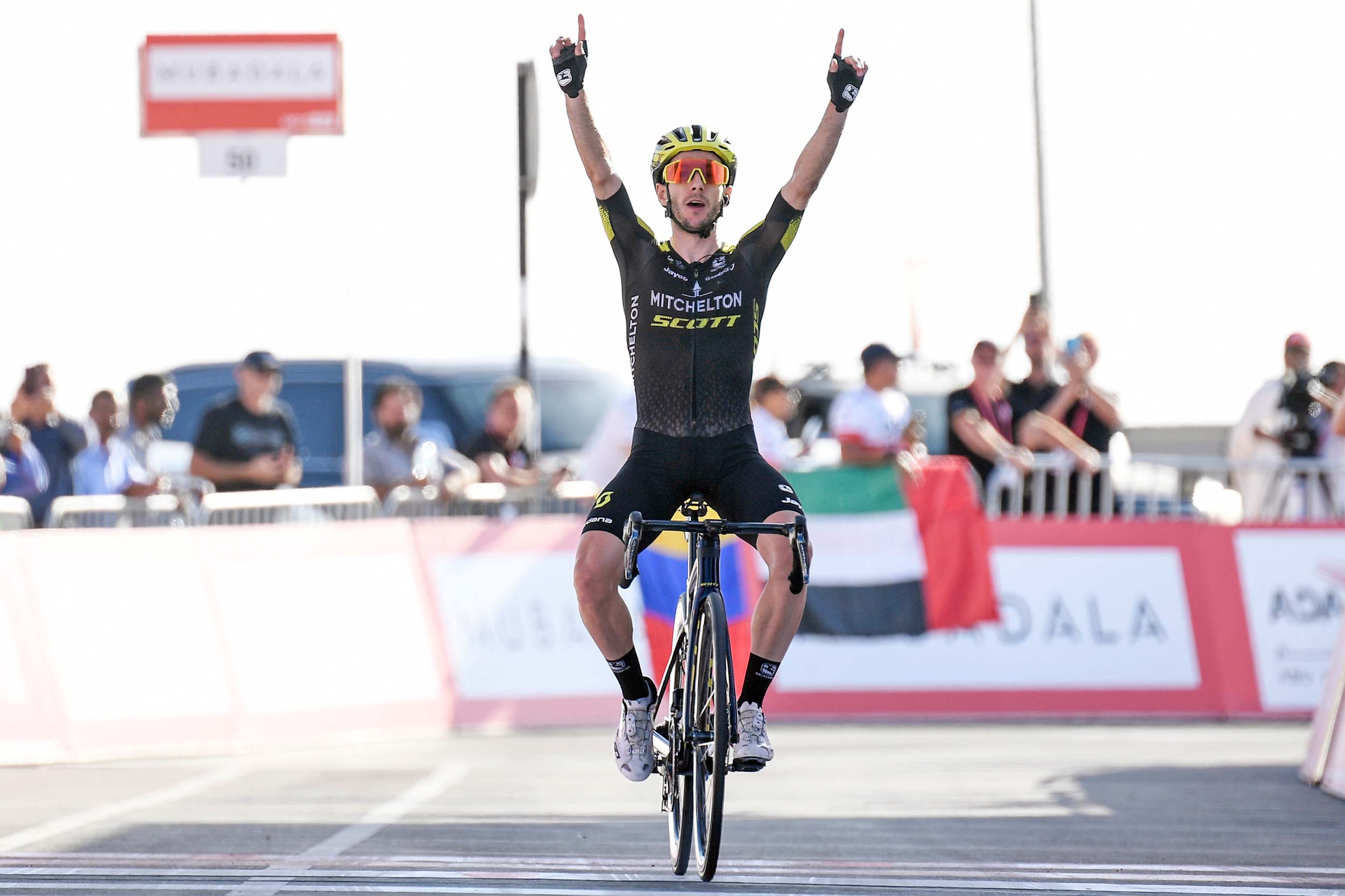 Adam Yates wins stage three of the UAE Tour in February 2020. The Mitchelton-Scott rider would later claim the overall title of his only race so far in 2020… but the event was cut short because of positive tests in the entourage for COVID-19.

There is plenty of speculation about the future of the cycling season even if the UCI and ASO remain adamant that competition can resume in 2020. Ryan has many vested interests in seeing sport return in some form, but he also realises it could be a lost year.

“I know horse racing is going to start in France in a few weeks but there won’t be any attendance.”

Ryan has been associated with a couple of Melbourne Cup winning horses and he notes that this is one of the few sports that has been able to continue during the lockdown. But that doesn’t mean it provides an example other sports can follow, certainly not something like the Tour de France.

“Horse racing here in Australia has been very good at keeping everyone quarantined but the Tour de France is a little bit different.

“If they were located in one area, you could isolate people, but I think it’s going to be very difficult.”

Despite the easing of lockdown measures and preparations going ahead for a resumption of bike racing, Ryan suggests things are not looking good.

“Well,” he says when asked about the 2020 cycling season, “I think that it will be written off.”

“I don’t have a crystal ball”

Mitchelton-Scott was one of the first teams to establish online racing initiatives to engage the pro riders and fans alike when competitions were cancelled or postponed and lockdown measures implemented. It was also one of the WorldTour outfits to announce salary cuts because of the pandemic.

Still, despite murmurings to the contrary, Gerry Ryan says that he plans to maintain his long-term support of cycling and that there is indeed a future for his Mitchelton-Scott teams (men and women) beyond 2020. “But,” he asks, “when is the team going to be out on the road?”

It is a question which leads to another question: “Who knows?”

No one has the answer. 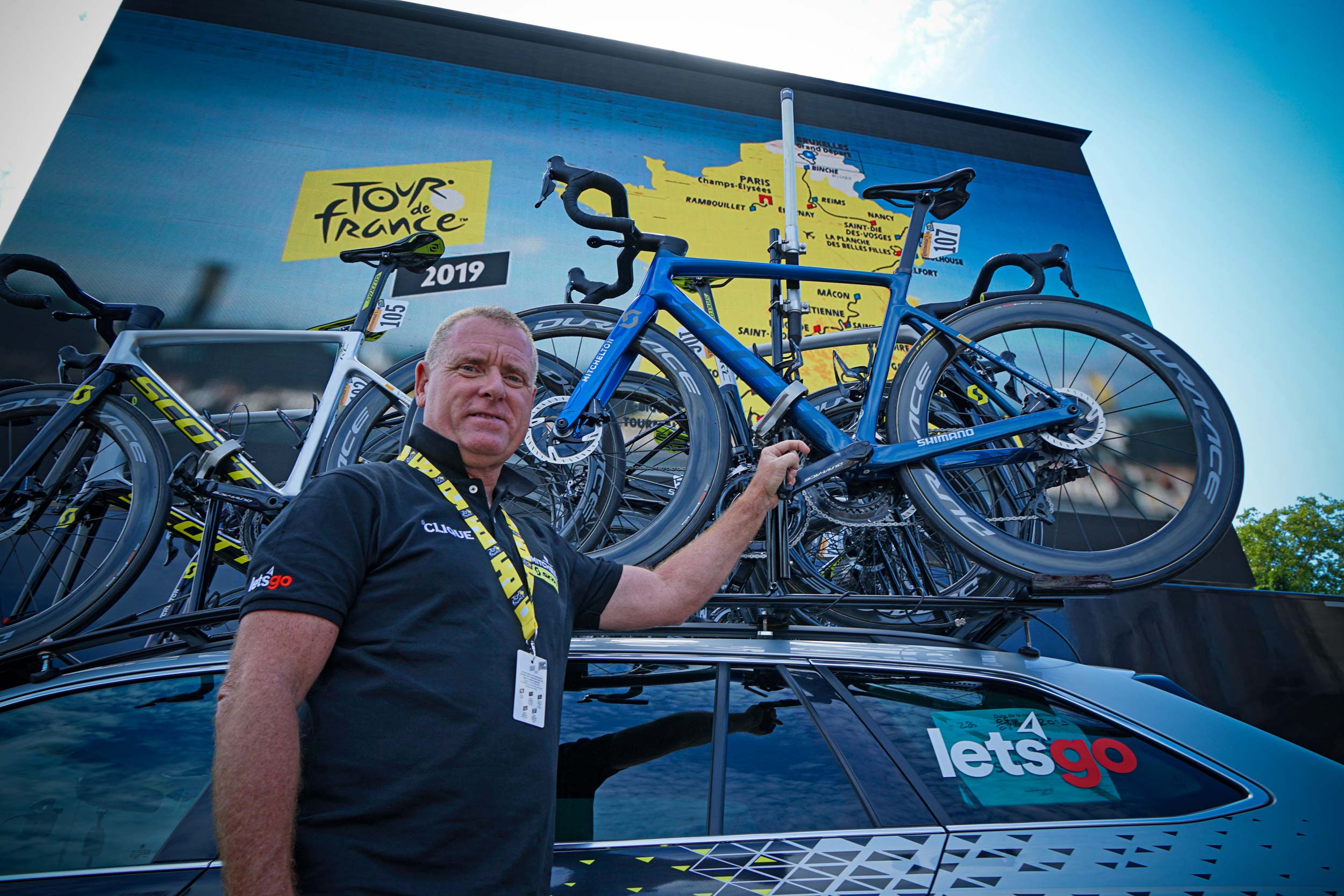 It’s an unusual situation for everyone involved but Gerry Ryan says that, even if 2020 is “written off”, there is a future for bike racing and horse racing and football and theatre and, of course, his many businesses. Still, he says, things are going to be different for some time.

“We’re not going to see anyone attend games this season,” he says of the NRL, alluding that it will be much the same for other sports in 2020. “It’s over.”

In his appraisal, sport and theatre will again be part of our lives – just not for a little while.

“We won’t see attendance at sporting events before December 1,” says Ryan. “Unfortunately, I’m going to miss out on going to the Melbourne Cup and some Grand Finals but if it’s for the sake of health, we have to be very cautious and realise what the government is trying to do – and go with it, go with the flow.”

He has regular meetings with those managing his various associations with a range of business ventures. Mitchelton-Scott is one that he is particularly proud of. He would love to see the men and women racing again as soon as possible. In the meantime, the team owner is focussing on the wellbeing of those involved and ensuring that motivation remains high. When competition returns, he says, the team will be ready to race.

“We talk about the welfare of the team and team staff as well,” he says about the discussions he has with Mitchelton-Scott’s general manager, Shayne Bannan. “We’re constantly keeping an eye on everyone and sending out messages.

“Shayne is doing a wonderful job keeping everyone informed. It’s all about communication and trying to take the fear out. You know: ‘What’s tomorrow…?’

“I’ve been around several companies that I own, and I’ve been telling people: ‘I don’t have a crystal ball, but it will recover and here’s an opportunity to be ready.’

“When the starter’s gun does go off, we’re ready to go again.”

– Talking Cycling with Gerry Ryan: Interview from January 2020 (below) –