Keen to confirm some details of a management change at Mitchelton-Scott, RIDE Media put a call through to Gerry Ryan… here’s a quick overview of the situation with his team on the first day of Brent Copeland’s appointment as general manager.

It started with a quick text: ‘Got time for a 3min interview?’ Twenty minutes later the phone rings. It’s Gerry Ryan and he begins the conversation quickly. Immediately he wants to clear something up about an earlier story. “I approached Shayne,” he says of the introduction he had to the man who would become general manager of Australia’s first WorldTour pro cycling team. “It wasn’t Shayne who approached me.”

Then he laughed and I apologised, by saying I was trying to paraphrase a complicated story and he said he understood.

Then we started talking about what became news overnight, with a story first published by La Gazzetta Della Sport: Brent Copeland would begin as general manager of the Mitchelton-Scott team, effective immediately. And the former GM, Shayne Bannan would be moving on, along with another of the team’s stalwarts, Alvaro Crespi.

“I’m keeping well,” he said, “been busy reorganising and restructuring a cycling team. It’s had a positive response so far, so we are on course for a new era and we move forward. And we’ve got lots to do. So, you never look back, you look forward.”

RIDE Media: You turned the change around really quickly. Can you say what your relationship is with Brent Copeland and how you came upon him as the replacement?

Gerry Ryan (Mitchelton-Scott): “I’ve known Brent for the last couple of years. Shayne introduced me to him and we’ve been at the same hotel with our teams and I was impressed with his style. I thought he’d be a great fit for the team.”

RIDE Media: And his position with Bahrain-McLaren can end, effective immediately?

Gerry Ryan (Mitchelton-Scott): “Well, he’s finished there. And he starts with us today. Well, on July 1 in Europe.”

RIDE Media: And what is the situation with Shayne? You do have a long, long history with him…

Gerry Ryan (Mitchelton-Scott): “He’s done a wonderful job but it’s time for a change and a new direction.” 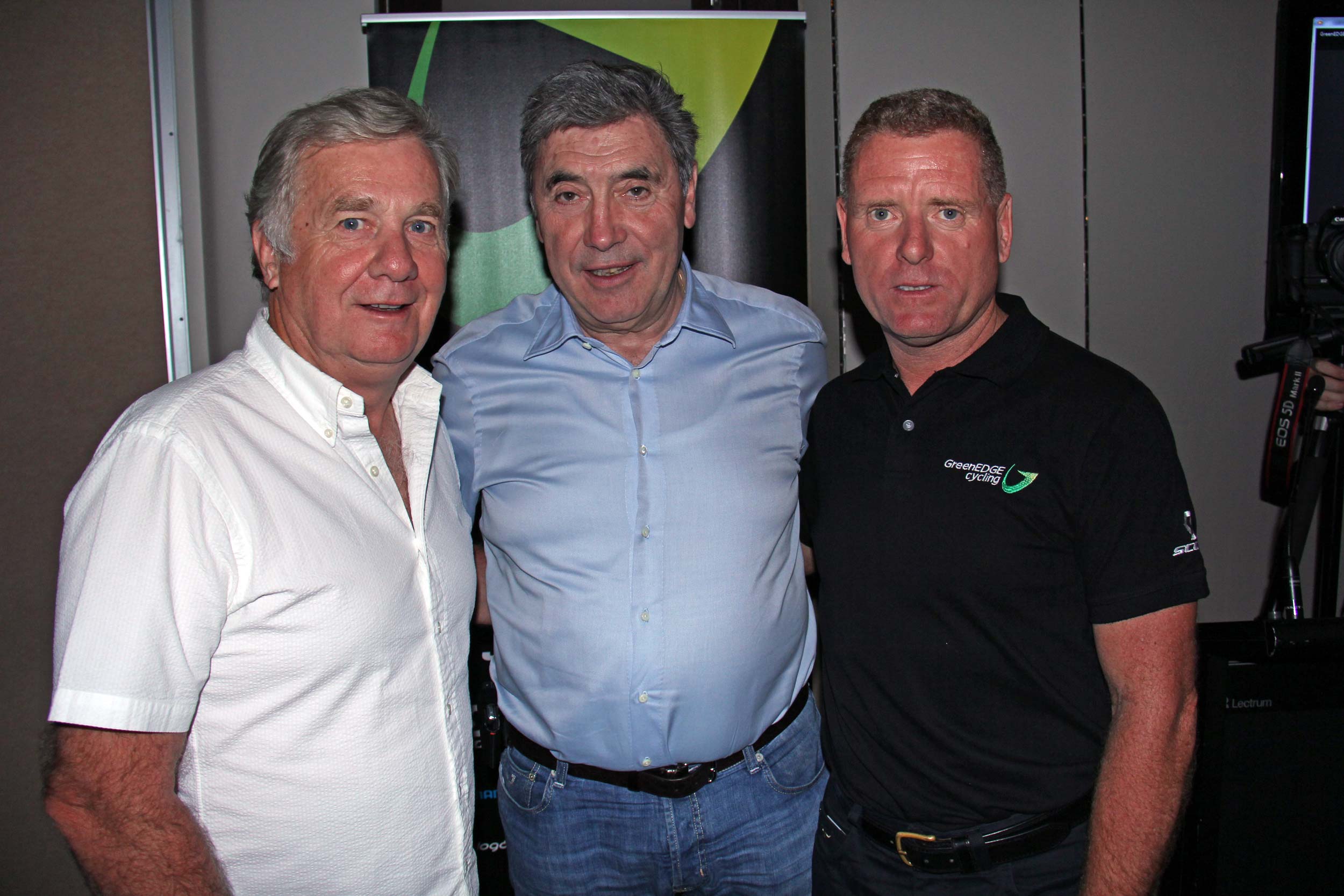 Gerry Ryan, Eddy Merckx and Shayne Bannan at the launch of the GreenEdge team before the 2012 Tour Down Under. (Photo: Dan Jones)

RIDE Media: I made the assumption that it was based off the Garzelli dealings…

Gerry Ryan (Mitchelton-Scott): “We had different philosophies in the end, different visions of where we were going.”

RIDE Media: Are you able to offer any detail? Is there anything else you can add?

Gerry Ryan (Mitchelton-Scott): “It’s heads down. A) To finish the season; hopefully we can get the riders back on the bike and make sure that the protocols for COVID-19 are set in concrete. Our situation is: the health of the riders, first. Safety is taking a priority.

“It’s a big task for every team to make sure we stick to a plan.

“We’ve got a few sponsors who we are working on, ones that we were talking to before we had a little diversion, but we’re back on track.”

PS. This is Gerry Ryan’s verbatim explanation of how the relationship with Shayne Bannan began, as told in an interview earlier this year:

“We’ve been involved in the Jayco-Herald Sun Tour now for… 11, 12 years – as major sponsor… and then I came across Shayne Bannan, got involved with the AIS around 12 years ago, sponsored the program heading to the Olympics for eight years and then we decided to set up the GreenEdge team. The rest is history.”