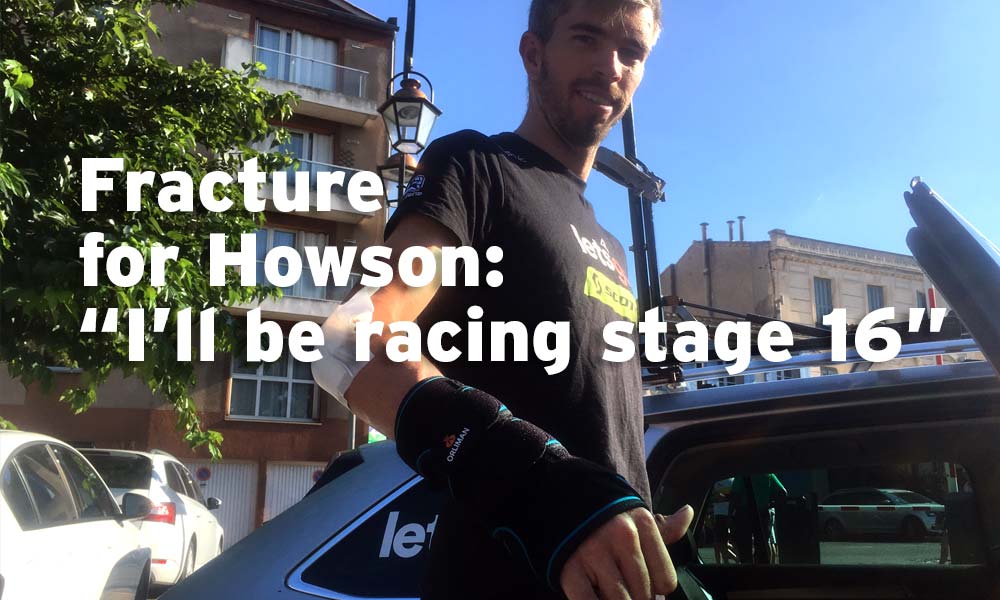 Howson: “A small fracture, but I’ll be racing stage 16”

Damien Howson was one of the riders in the breakaway of stage 15 but a crash in the race for eighth place earned has  a small fracture in his right hand – “but,” he said after being X-rayed, “I’ll be racing stage 16.”

The casualty list in the 2018 Tour continues to grow. An accident in Carcassone at the end of stage 15 has cost Serge Pauwels his place in the race with a fractured elbow and earned Damien Howson a small fracture in his right hand.

The crash happened in the race for minor placings and although the Belgian Dimension Data rider knows his Tour is over, the Australian has vowed to continue racing after the second rest day of the Tour.

The former under-23 TT world champion told RIDE Media after exiting the Tour’s medical van that he would continue racing despite the injury.

“I would have liked to have been in the front eight,” said Howson who had been part of the 30-man move that formed in the opening hour. “On the climb I did a few too many efforts and I paid the price; we came in to the finish in the second group.”

He was more interested in talking about the race than his injury.

“We were well represented there in the early break with two riders,” he said, referring to himself and Daryl Impey – who finished 21st and 17th, respectively. “We will keep trying.

“Obviously a silly crash in the final 400 metres – with guys racing for eighth position taking unnecessary risks – took me down.

“So I’ve got a small fracture of my hand but I’ll be starting stage 16 in a few days.”

The official injury report is yet to be released and we’ll learn more about the others injured in the crash in the coming hours but the field of the Tour de France has been reduced by at least one rider after the incident inside the final kilometre. 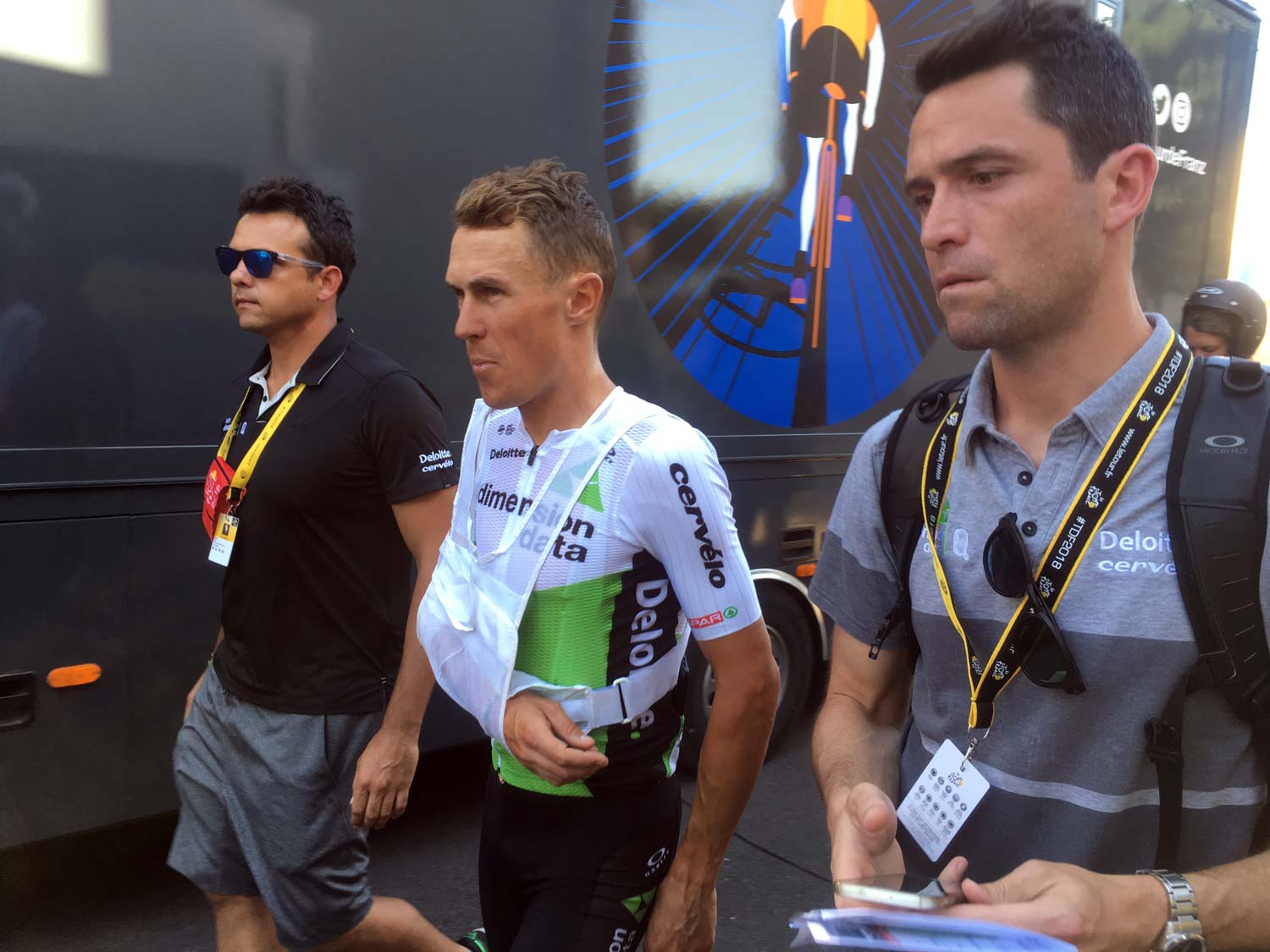 Serge Pauwels (above) after receiving confirmation about a fracture in his right elbow.

Dimension Data quickly released a statement about Pauwels with the team doctor, Jarrad van Zuydum explaining the injury. “Serge had a nasty crash in the finale of today’s stage… He has come down quite hard on his right elbow and fractured the olecranon process of the right elbow.

“It’s actually an injury he has had on the left side before and it is something that requires surgery to fix. We are already making arrangements for him to have surgery in Antwerp and he will be back on the trainer pretty soon after that surgery, but obviously we are all very disappointed about the crash.”