With over 5,000m of climbing the ninth stage of the Giro d’Italia was raced on ideal terrain for Australian climbing sensation Jai Hindley. The 26-year-old proved his prowess, winning on the Blockhaus and moving up to fifth on GC.

“I was on the edge all the way up the mountain, trying to survive as best I could. In the last kilometre everything came together,” said Jai Hindley after his second Giro d’Italia stage win in three years. “I knew about the right turn before the finish so I went through there first and just gave it my all until the finish.”

Jai Hindley knows what it’s like to do well in the Giro d’Italia. He had his doubts before the pivotal ninth stage but he built his reputation as a climber in the delayed 2020 race, when he won a stage and finished second overall.

After a season of frustration last year, when he was hindered by saddle sores and forced to abandon the Giro, the West Australian from Bora-Hansgrohe returned to the Giro podium after a clever, well-timed sprint to win the stage and relegate an elite selection – Romain Bardet, Richard Carapaz, Mikel Landa and Joao Almedia – to the minor placings. 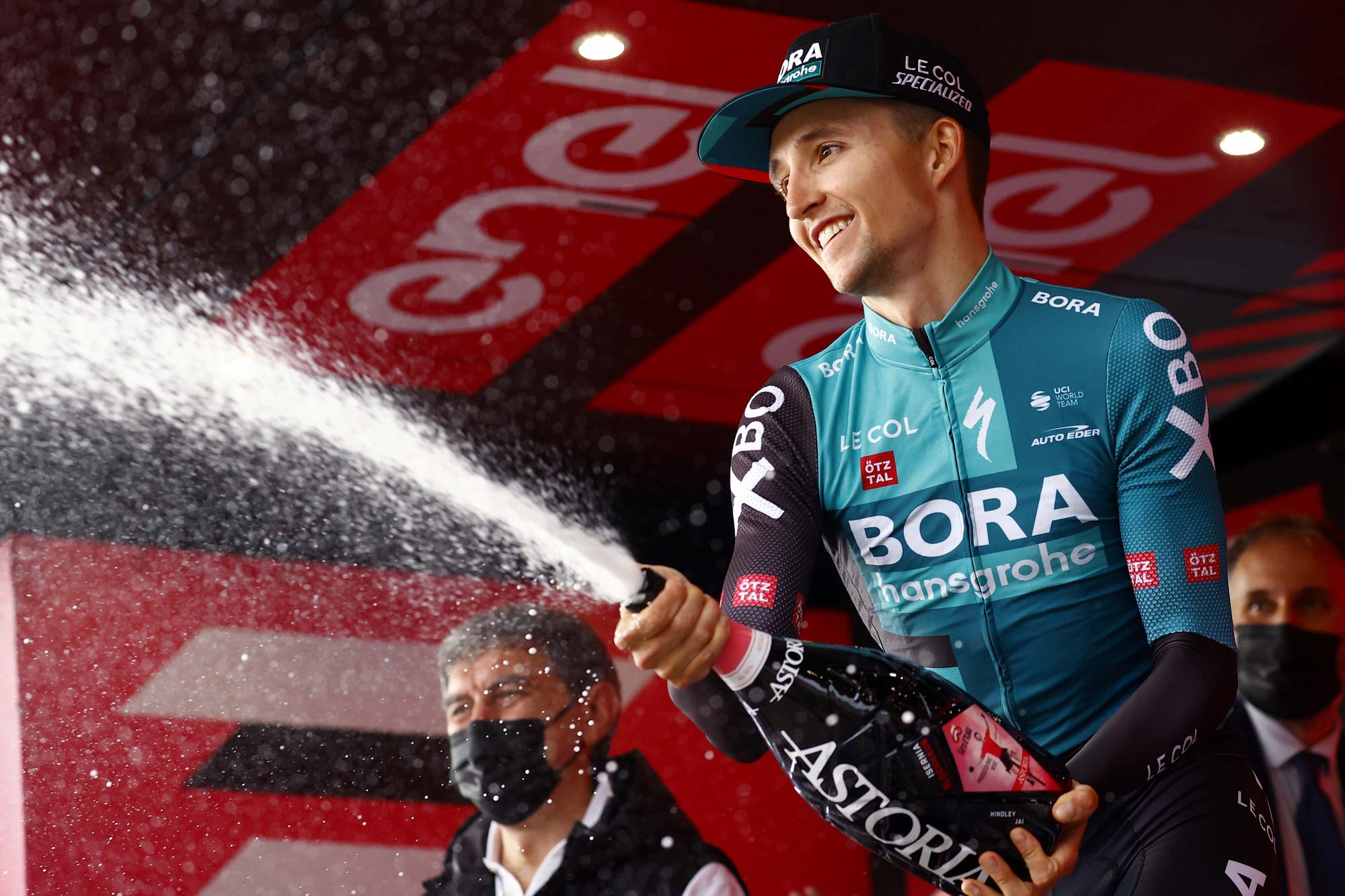 Trek-Segafredo’s young star at the Giro, Juan Pedro Lopez, retains the lead of GC with a gallant 15th place in stage nine, finishing 1:46 behind Hindley and co, but the Spaniard’s advantage over his nearest rival has dropped from 38 seconds to just 12. Almedia moves up to second in the overall rankings but the main beneficiary of the time gained on the Blockhaus stage is the winner, Hindley, who jumped up 10 places on GC and is now only 20 seconds shy of the race lead.

“I rode my own pace, and suffered pretty badly in the end,” explained Hindley after the stage. 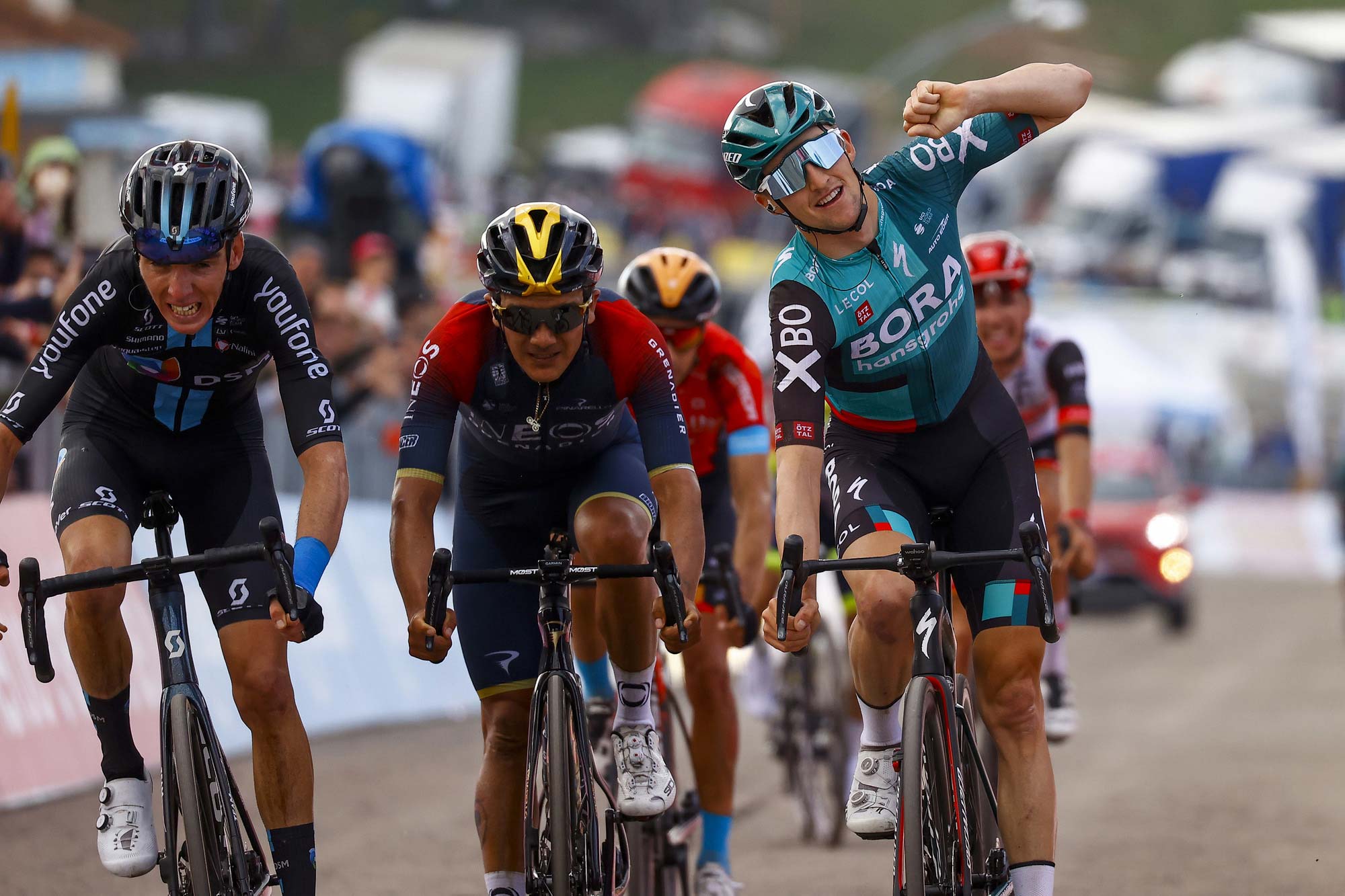 “We came here with three leaders and big ambitions and you shouldn’t write anyone off at this point. Also, this win is incredible because last year was not an easy season for me. I had to leave the Giro early in 2021, so it was great to win today, especially in Abruzzo where I raced so often as an amateur.”

Hindley’s win elevated him from 15th to fifth place.

“It’s been a while since I last got my hands up in the air,” said Hindley. “It’s nice to be back at that level.”

The stage winner expressed his frustrations about the lost 2021 season but his team at the Giro has already enjoyed success, with Lennard Kämna winning on the first major climbing stage, to Mount Etna in the opening week, and Hindley has clearly got his mojo back. Without injuries, he knows he can finish a Grand Tour in good condition and he’ll be pleased that there are many more mountains yet to climb in this year’s race. 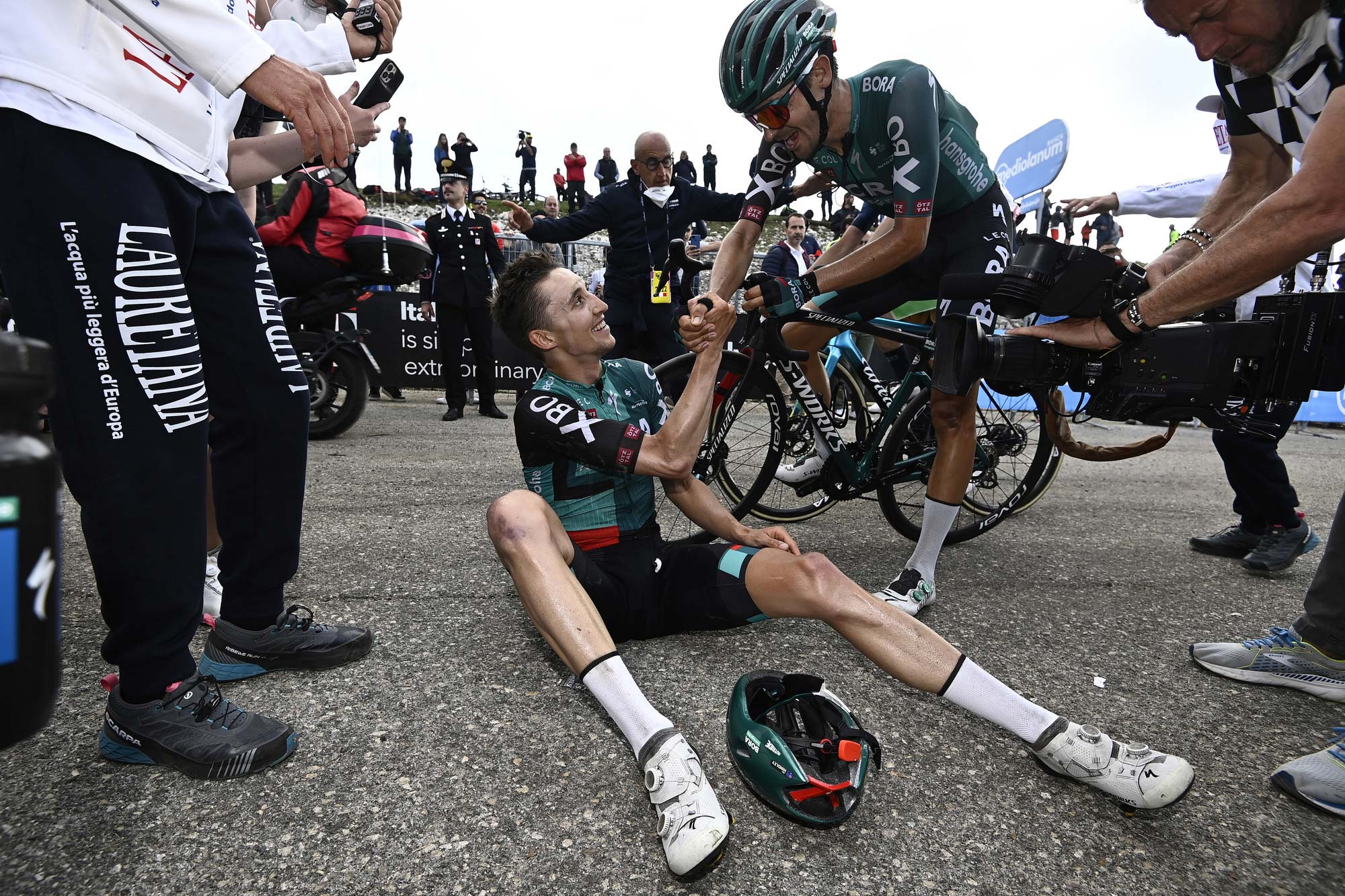 “I wouldn’t write anyone off at this point of the Giro,” said Hindley who was one of the three Bora-Hansgrohe leaders for the first Grand Tour of 2022.

His Dutch team-mate Wilco Kelderman suffered a mechanical at a pivotal moment in the ninth stage and despite fighting hard to return to the lead group he dropped from seventh on GC down to 24th, 11:02 behind Lopez.

When Hindley finished second in the Giro a couple of years ago, he held the role of super-domestique and was riding in the service of Kelderman – who, like Hindley, changed teams at the start of 2021 (from Sunweb to Bora-Hansgrohe) – but the mountains decided the Australian’s fate. He is a born climber and despite his loyalty to the Dutchman, Hindley would lead GC on the final day of the 2020 race and finish runner-up, with Kelderman rounding out the podium that year in third place. 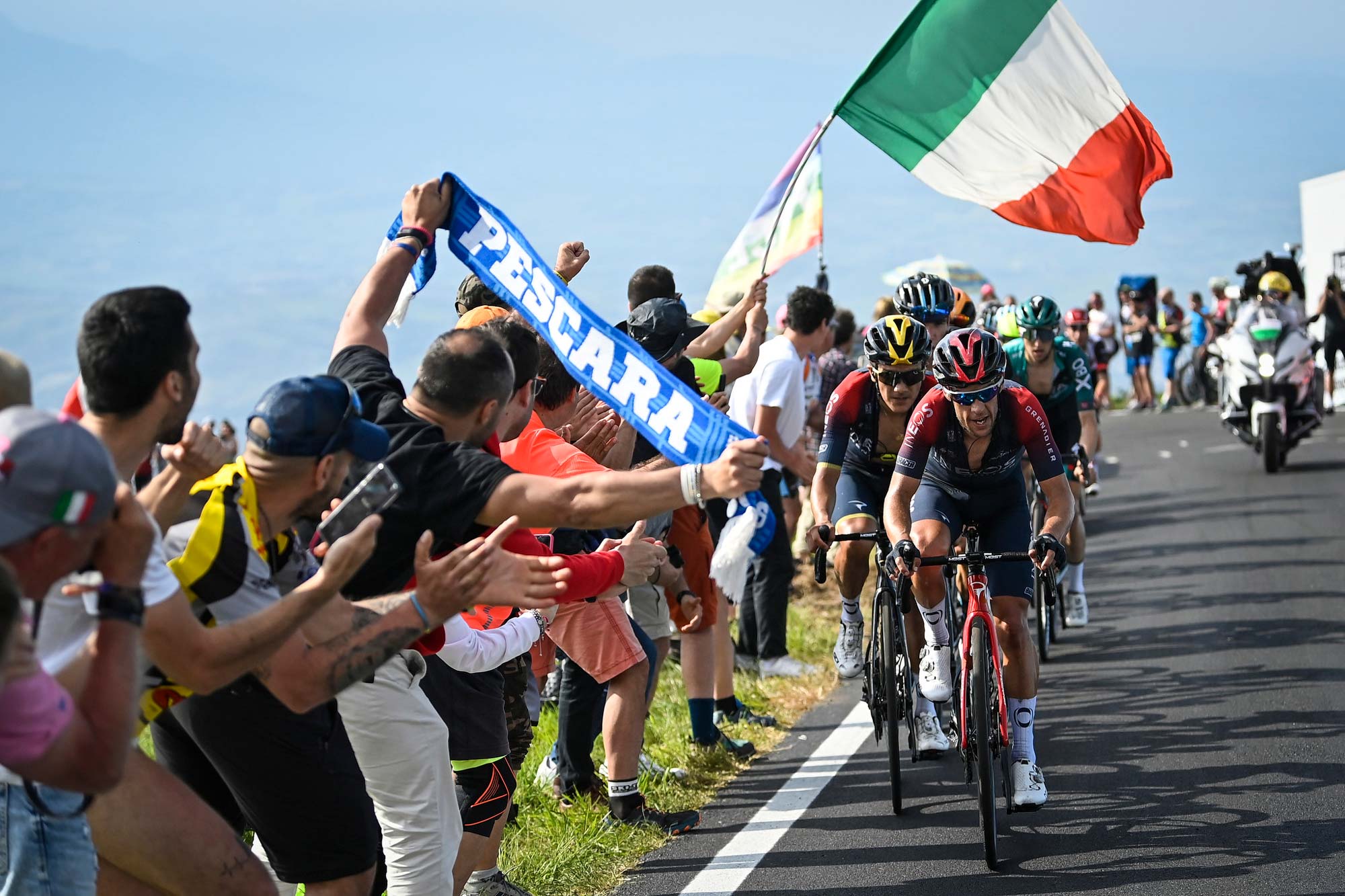 As expected, the Blockhaus stage has served as a catalyst for a considerable shake-up to the top order of GC. Hindley has now slotted into the leadership position at Bora-Hansgrohe, and Australian fans have someone to cheer for in a Giro that boasts nine Aussies on the start list.

In sprint stages, Caleb Ewan came close to victory a couple of times but he’s missed out with a crash in stage one, and was a few millimetres shy of the win in stage six, when Arnaud Démare pipped him on the line with a well-timed throw of his bike. 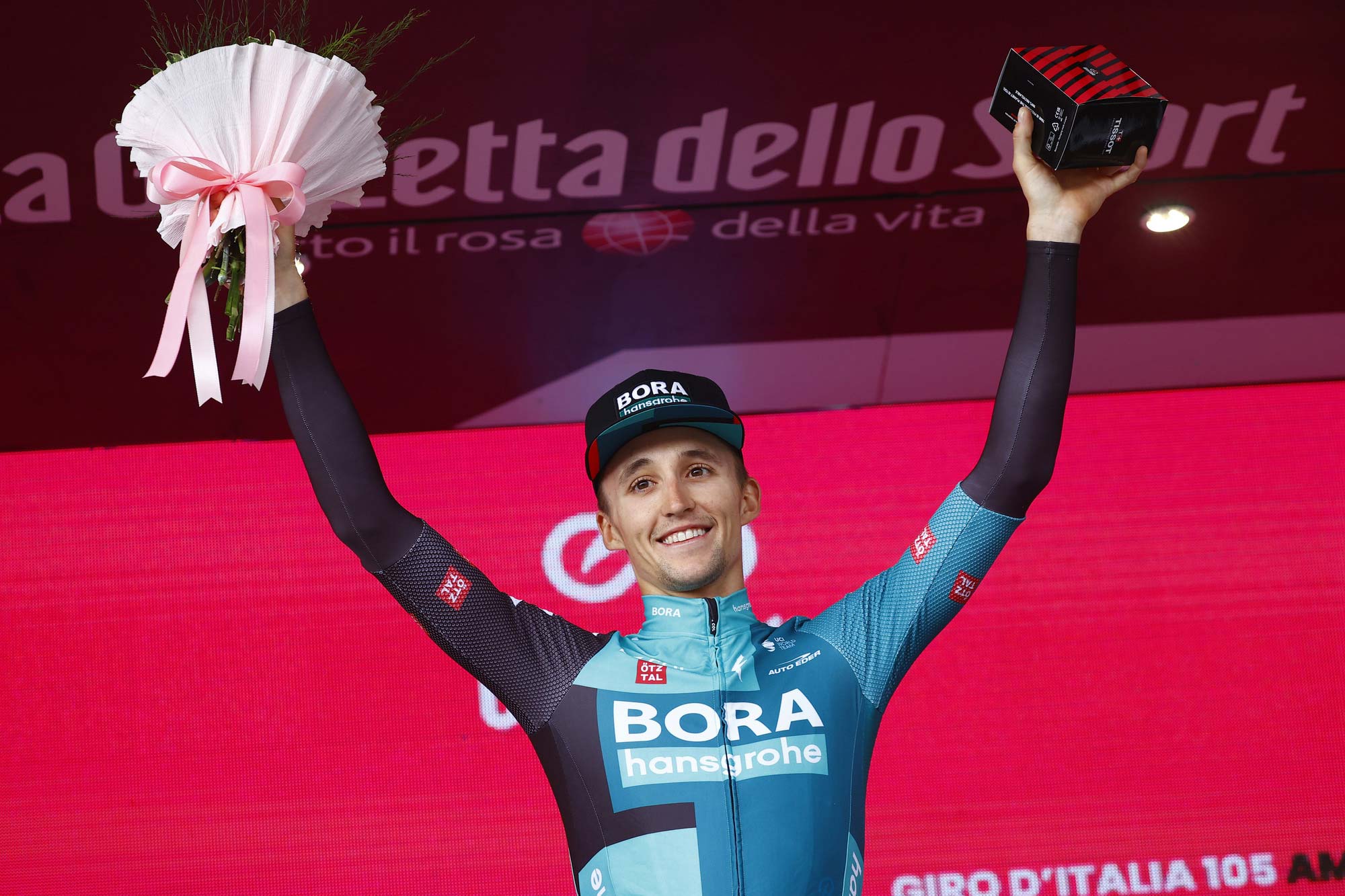 The victory atop the Blockhaus has given Aussies something to celebrate but on the day Hindley moved up the rankings, other favourites faltered. The leader of the Australian-registered BikeExchange-Jayco team, Simon Yates – who was third in last year’s Giro – has dropped out of GC contention after stage nine. The 29-year-old was in fifth place before the stage but finished over 11 minutes behind Hindley and Yates’ campaign for the maglia rosa is effectively over.

There’s a long way yet to go in this year’s Giro and Hindley’s climbing ability should serve him well. The next big mountain rendezvous is in stage 15 and the final week again features plenty of climbing… but there’s always the 17.4km TT of the final stage to consider.

The time trial in Milan in 2020 is what ended Hindley’s dream run at the Giro two years ago but after yesterday’s stage win, he will at least be able to race knowing that he’s the protected leader of his team. As he suggests, anything is possible… and he might even dare to dream that another podium spot is on offer.