It has taken over six months for AusCycling to announce who will take over responsibility of managing Australian cycling’s high-performance program, but yesterday it was revealed that the interim manager Jesse Korf is the new man for a job with considerable influence.

RIDE Media spoke with Jesse a day after the announcement of Korf’s appointment was made. Below is a transcript of an interview recorded while the 38-year-old was on the ground at the MTB nationals in Maydena, Tasmania.

RIDE Media: It’s the day after it was announced that Jesse Korf would take over as the ‘Executive General Manager, Performance’ for AusCycling. He’s been the interim manager for a couple of months and there are probably a lot of people who follow cycling in Australia who haven’t heard his name before.

Jesse, I wonder if we could just kick things off with an intro to your background and your cycling heritage. Maybe you could just give us a quick overview of how you came to be in the position that you are now.

Jesse Korf: “Sure. I grew up in a bit of a cycling family. I was born and raised in Holland. I’ve got a Dutch and Canadian parent mix. My dad used to be a cyclist, so we used to ride a fair bit growing up.

“I’ve worked in professional basketball and speedskating in Holland.

“In speedskating, I was working in the strength and conditioning domain, predominantly.

“From there, I did some work for Rapha out of the BENELUX, both in the community and their high-performance sport structures.

“I’ve also worked for Cycling Canada for a number of years, after my stint with Rapha, as the athlete development manager. I went from managing the next-gen program – which is the equivalent to the academy programs here in Australia – across all sports… looking at track, road, mountain bike, BMX, etc.

“I was involved with setting up a talent transfer program for track sprint. So, effectively, all the women who competed for Canada in the sprint tournaments came through – and out of – that particular program.

“I was also part of the core group that built Cycling Canada’s high-performance strategy for 2020 to 2030.

“I got recruited to Australia to be the pathways director and, in September 2021, I got asked to step into the interim performance director role.

“So, I’ve coached professional basketball, and did some engagement with that sport at the University of Texas. I did strength and endurance work, and some physiology in speedskating. And I did management up to strategy and leadership in Canada and Europe.

“Academically, I have a bachelor degree in business administration. I also have a masters degree in international sport management with the Johan Cruyff Institute in Amsterdam. I’ve got a PhD in kinesiology and health sports sciences with research work done in evidence in endurance cycling – so, basically, looking at how the best mountain bikers, roadies, track cyclists become the best on the planet. And I’ve done a post-graduate in strength and conditioning and exercise physiology.

“I think should cover some of the basics.”

RIDE Media: So, there’s a big overview and I asked your age when we first spoke a few days ago… you’re 38, is that right?

Jesse Korf: “That is correct, yes.”

Jesse Korf: “I consider it a position of high privilege and responsibility.

“Power? The connotation doesn’t really resonate with me, because ultimately what the role entails is setting up structures for others to succeed.

“So, to me it’s more a role with an obligation to empower, rather than a role with power.

“But it is definitely a job with high responsibility and high privilege.”

RIDE Media: I guess I asked that because your predecessor came in and made some huge, sweeping changes with a view to long-term goals but that never came to fruition. If I could be quite up-front and say that I’m rather keen not to talk about him again, but there are some ramifications of his work and his legacy. Are you impacted by his legacy?

Jesse Korf: “I don’t want to put it that way because I would not be where I personally am – in this position with AusCycling – if it weren’t for that. So, I’d rather look forward.

“What I would say is: at the time there was a strategy to go narrow and deep, with a focus on the track, which was pursued.

“With the formation of AusCycling, we now have an appetite to be more, for more. And, within reason and fairness, fulfill our fiduciary obligations to our members and our communities, as well as our stakeholders. This automatically means a broader scope in terms of sport, whether that’s in the shorter term or in the longer term as we look to set up to try and be the best we can be [for the Brisbane Olympics] in 2032, of course.

“So, I’ll just put it that way: the strategic intent that we are working with now certainly has a different character.”

RIDE Media: That was answered in a very politically correct tone. I also understand that it is a new era with a whole lot of changes. I don’t even know where to begin, because when Simon Jones was appointed, it came off the back of the Rio Olympics with a view to making some sweeping changes. Since then, there have been some massive administrative changes and that leaves Australian cycling with a scenario where you are in charge of many more cycling disciplines than he was when he was first introduced to the role.

It’s a big responsibility. Can you envisage a scenario where track cycling receives less priority and we start moving towards a more holistic cycling, just as AusCycling has promised to be?

Jesse Korf: “Well, what we’ve been talking quite a bit about lately is the notion, for example, of ‘endurance’ rather than ‘track endurance’ or ‘road cycling’ or ‘mountain bike’, per se. Which is not just acknowledging the fact that we have more sports under our umbrella – and some of our largest communities in those space – but also just recognising that most of the top riders in the endurance space at the moment are versatile.

“You only have to look at the top riders in many cycling events at the Tokyo Olympics to get a taste of that idea.

“The reality of the matter is that, from an Olympic perspective in particular – in that endurance space – a lot of the best athletes for national representation are professional athletes on WorldTour teams; mountain bike medals have been won by individuals who compete in a mix of cycling disciplines; most of the track medals in the endurance space were won by riders who also operated with professional road cycling contracts…

“So, it’s an acknowledgement of the fact that we want to create the opportunity for Australian riders to have viable careers and have ownership of their careers.

“I’ll try to pick my words carefully here, because we haven’t fully worked through strategy yet – we’re in the final phases of that – but we are creating an opportunity where, for example, riders who are in a track program are able to combine disciplines, like track and road, in terms of race exposure and development where appropriate.

“Also, we allow – and encourage – athletes to move into independent pro careers and then bring them back in key competitions. This increases athlete flow, it increases opportunity, it increases chances for athletes to have more ownership of their sporting direction and have a career without having to be worried about not being selected. They can be selected if they’re good enough and put in appropriate performances and have an appetite to compete with the national team… we want to ensure that that is possible.” 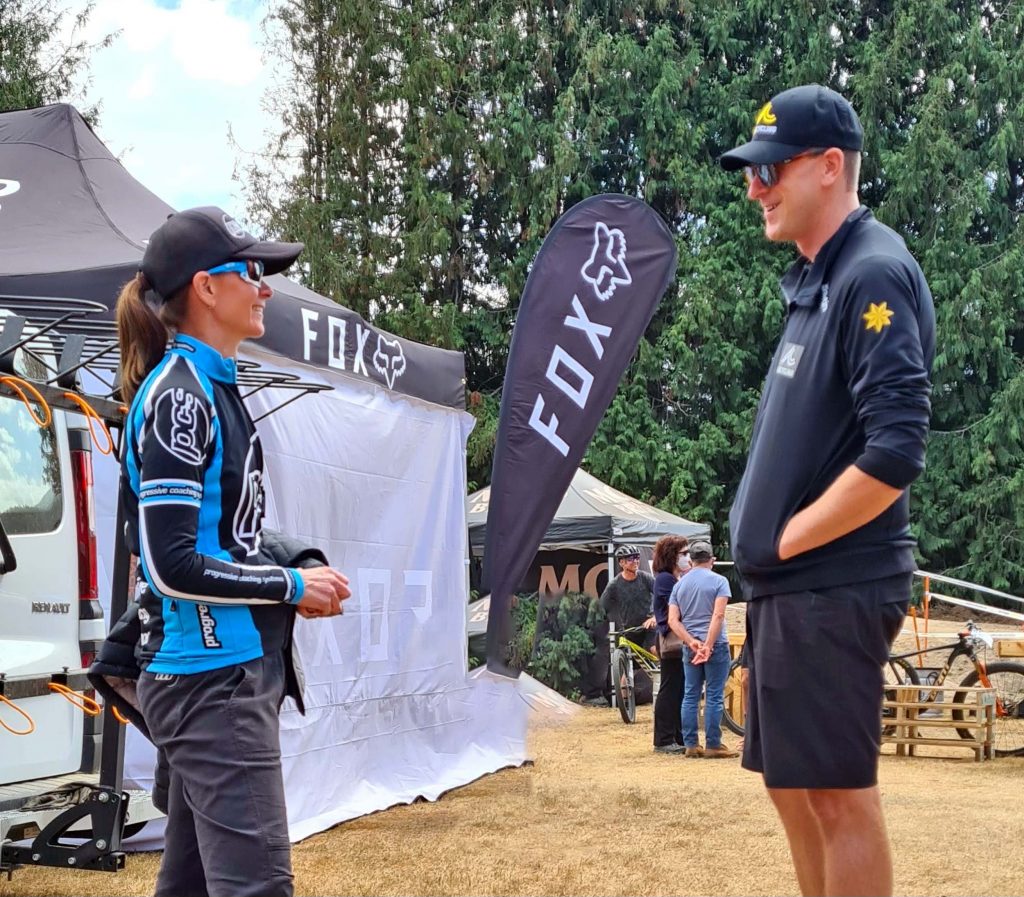 RIDE Media: Already I get the sense that one of the features of the national team program – something that has been about for years and, in my appraisal, to its detriment – is that there will continue to be a focus on the Olympic Games. Is that right? Or do you think that the pandemic’s influence on the Tokyo Olympics might alter that approach? And I ask that knowing that the lion’s share of the funding comes from the government, and the government wants to see gold medals – particularly from our sport. Still, I’m curious if there’s going to continue to be that myopic vision that puts such an emphasis on the IOC’s quadrennial sports carnival. Or are we going to look to a broader picture moving forward?

Jesse Korf: “Well, certainly from an AusCycling perspective, we have more sports in our portfolio than just Olympic sports. And even within our Olympic sports there are some great aspirational events where, in some of them, Australians might have a role – or an opportunity – to contribute to rider aspirations, and others maybe not.

“But when you look at some of our larger communities and some of the great opportunities for athletes, we are certainly interested in looking at other things, such as the X-Games for BMX freestyle, for example.

“I think that the main tenet, rather than saying it’s just about the Olympics – or just about the medals – is that our challenge is really about how we develop our people and put them in the best position to perform.

“In some cases that might include a residential component, in others it might not. But really what it comes to is: how can we build inspirational projects around inspired individuals to help them perform?

“If you want to go for one soundbite, I think that’s it. And that certainly does not exclude other events.

“And, as you are aware, the 4.8 million people in Australia who identify with cycling are a broad mix; they’re roadies, they’re mountain bikers, they’re BMXers… they look at the Olympics, but they also look at different world championships, they look at the X-Games, and so on. So, it’s an opportunity for us as we are looking at a 10-year horizon and we want to grow and diversify by starting to take some bites into the question of how and where we can support that.”

RIDE Media: Although the athletes who will fall under your management fall into an elite category, the idea is that they will provide an inspiration for all bike riders in Australia. Still, it’s important to reiterate that you are not involved in the participation aspect of the AusCycling structure… I’m trying to make that clear.

Jesse Korf: “The leadership team at AusCycling meet frequently and sport, participation, governance – and all the other branches – are represented in that. We are certainly mindful of trying to make things connect in an AusCycling strategy rather than just a high-performance strategy. So, those conversations to connect are definitely happening.

“In terms of my responsibility: yes, it does squarely lie in the performance space. Some of the tenets of thinking that we have talked about today also need to consider a bit of realism and in order to get there. It’s not going to be something that we can get to overnight, so obviously there has to be a degree of managing expectations but there are many elements in place.”

RIDE Media: We’ve covered a lot of territory in what was meant to be a quick chat. In subsequent interviews we can discuss the moving on of other people from the high-performance structure. I understand that Tim Dekker is going to depart, that he’ll no longer be part of the Australian cycling program. Nick Flyger has also moved on… but these are topics for another time perhaps.

Thanks very much for taking the time to give me and RIDE Media readers a quick introduction to Jesse Korf and the position you’ve just formally taken charge of.