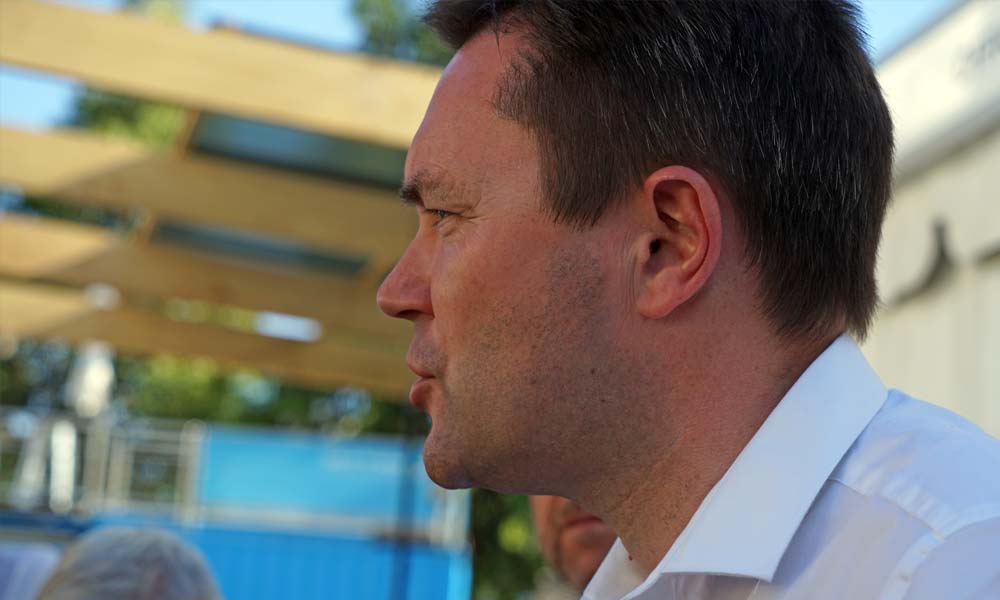 Lappartient and the UCI’s new direction

This is part one of a series about what we can expect from the new president of the UCI, 44-year-0ld Frenchman, David Lappartient.

In 2004 a young Frenchman was the chief commissaire of the Tour Down Under. The race was celebrating its fifth edition and David Lappartient was directing traffic in the convoy and making sure the rules were being adhered to.

In 2018, Lappartient returned to the Australia race, only this time as the president of the sport’s governing body, the UCI.

He made his first public appearance at the 20th edition of the TDU in McLaren Vale, at the start line of the fifth stage. He posed for photos, met the South Australian minister for tourism, shook hands with other dignitaries and made himself available for interviews with a range of media. He was accessible, approachable, and happy to chat… in French or English.

At 44 he is part of the new-school of cycling management. Lappartient has fresh ideas and his line of thought has been expressed numerous times in recent months – both before and after the UCI elections late last year.

He replaced Brian Cookson as president and we know the story: the tally of votes indicated that the Brit, the first to serve only one term as UCI president, had lost popularity relatively quickly. 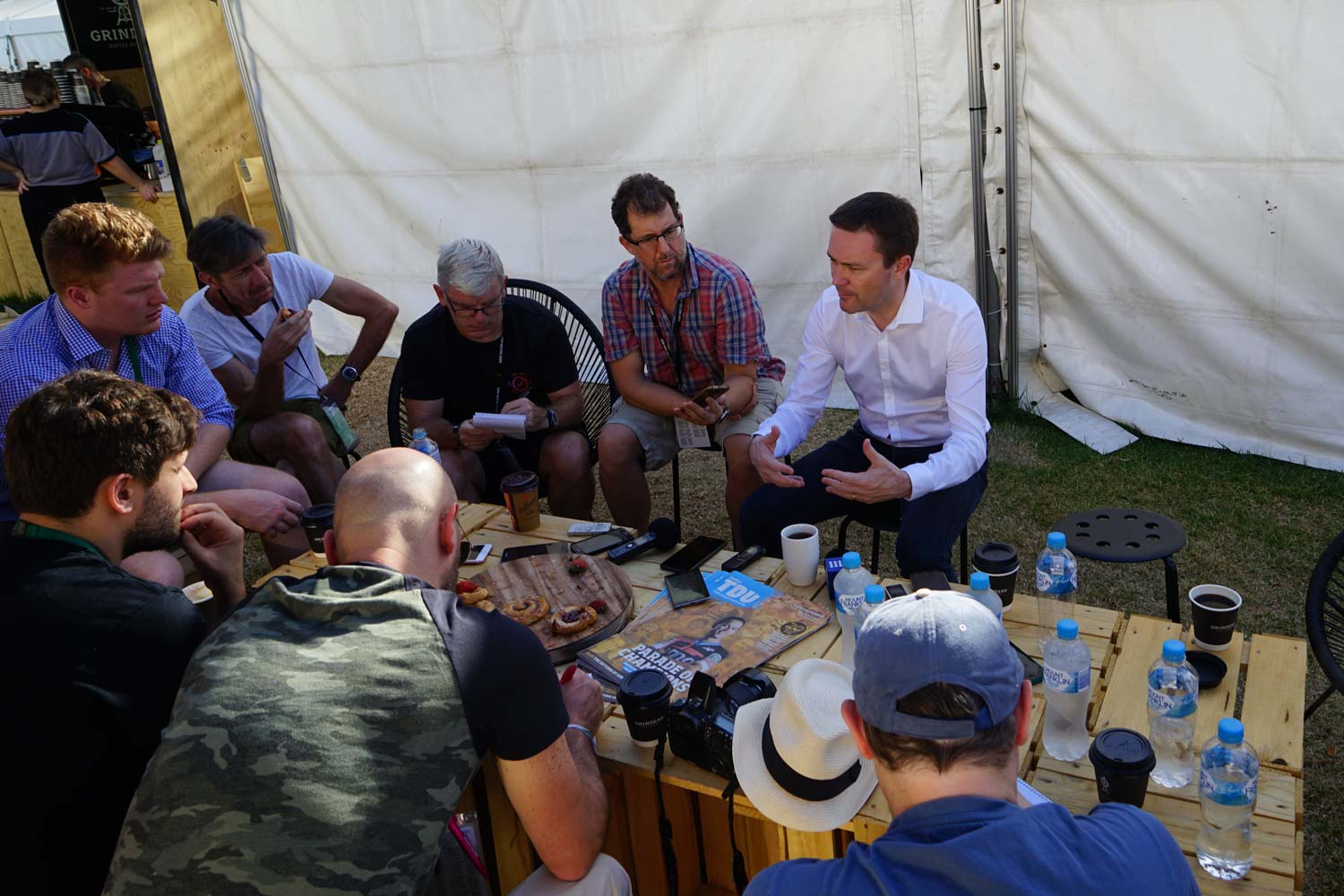 Lappartient speaks with the media in a casual setting in Adelaide before the final stage of the 2018 Tour Down Under.

Cookson often answered queries with statements about the “need to look into” things. He took over the helm after suggesting he’d fix the sport and all that had happened during the reigns of the late Hein Verbruggen and Irishman Pat McQuaid. And, to a degree, cycling has evolved. But, we could wonder, was it because sport as a whole has evolved over the past few years?

There are still numerous matters that need to be addressed and it seems Lappartient has arrived not just with broad concepts for improvements – and little detail on how they may be effected – but with a vision for making cycling better than it has been.

On Sunday 21 January, he took a seat in a casual outdoor setting and answered questions from a number of media representatives who were in Adelaide to cover the TDU.

He began proceedings by thanking everyone for attending, taking a sip of coffee and then outlining his “five pillars” of policy that will form the foundation of the early phase of his presidency.

All questions and answers were in English. 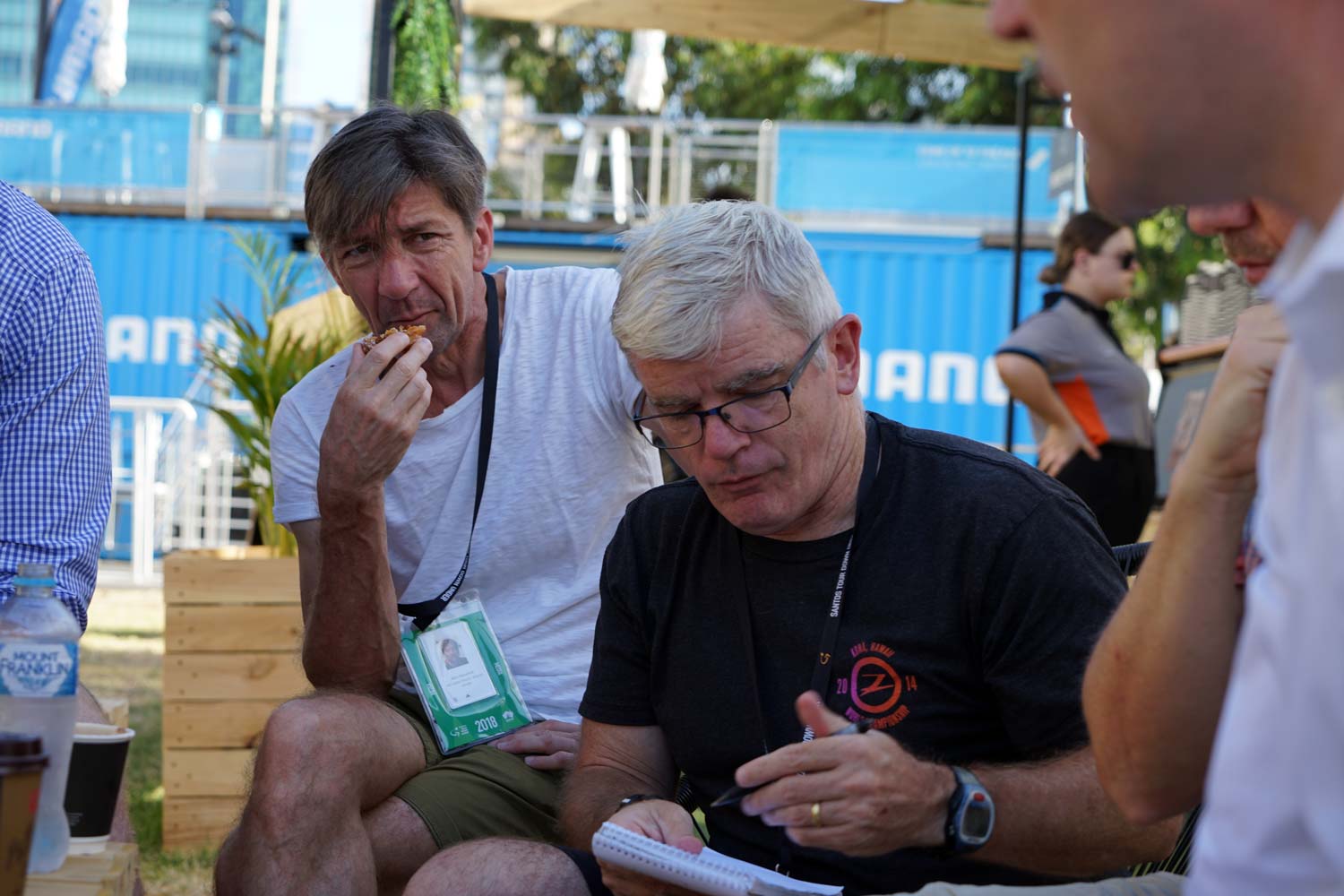 “The message that I want to sell is the one that I explained during the election,” said Lappartient. “I brought the manifesto program called ‘Our Vision’ and this is what I want to deliver for cycling.

“We have five key pillars on this program.

“The first one is to restore the authority of the UCI, and I think it’s something very important for me.

“The second one was, really, to develop cycling and to make the World Cycling Centre something very important for the national federations – and this was probably the message behind the elections: that the national federations, they’re feeling at the moment that the UCI was not taking enough care… so I want to put them at the centre of what we will do and what we’ll deliver in the UCI.

“The third one is, really, to make cycling the sport of the 21st century and we can see here, with the passion around the race – with everybody riding their bikes – that we are on a good way but we have many things to do in many countries. We have 190 national federations affiliated to the UCI.

“We tried during these last four years but I have to say that it was not really a success due to some battles inside of the different cycling families and also within the UCI.

“And the last one, and this is something, of course, very important for the future of cycling, to guarantee the credibility of the results of our sport and three points were behind this. The first one was to continue to fight against doping, of course. The other one is to have a more important fight against technological fraud – and we’ll come back to this (later in the discussion). And the third one is to take care of the danger that can appear in the future with live betting and betting in cycling, even if I consider that now it is not really a problem – now – but it can be a problem in the future.”

(More to come… but first, the flight home from Adelaide.)