The desire to ride is strong but the lockdown in Sydney severely limits where, how and when it’s possible to get on the bike. So, while stuck on the home trainer, I’m doing a series of reviews about things that catch my eye while riding inside…

As Sydney rounds out the third month of lockdown, closing in rapidly on 100 days with considerable restrictions on where we can ride, it’s time to introduce the #LockdownReview series on RIDE Media’s YouTube channel.

The world championships are currently on in Flanders and there’s plenty to talk about but instead of being in Belgium and watching the action live, I’m stuck on the home trainer with a head full of thoughts and a couple of screens for company. It’s 2021 and, as we’ve come to learn, we need to be adaptable.

A lot comes to mind when you’re riding hour after hour inside, without the joy of leaning through corners (or, in fact, steering the bike at all). There are certainly benefits that come from the act of pedalling but without the engagement that you get while riding #InRealLife, it’s easy to think about a whole host of different things.

Instead of worrying about a headwind, or rain, or the tradie who thinks it’s funny to try and brush my shoulder as he speeds by in his ute, I’m pedalling away on the Tacx Neo 2 smart trainer and watching the data appear from FulGaz. 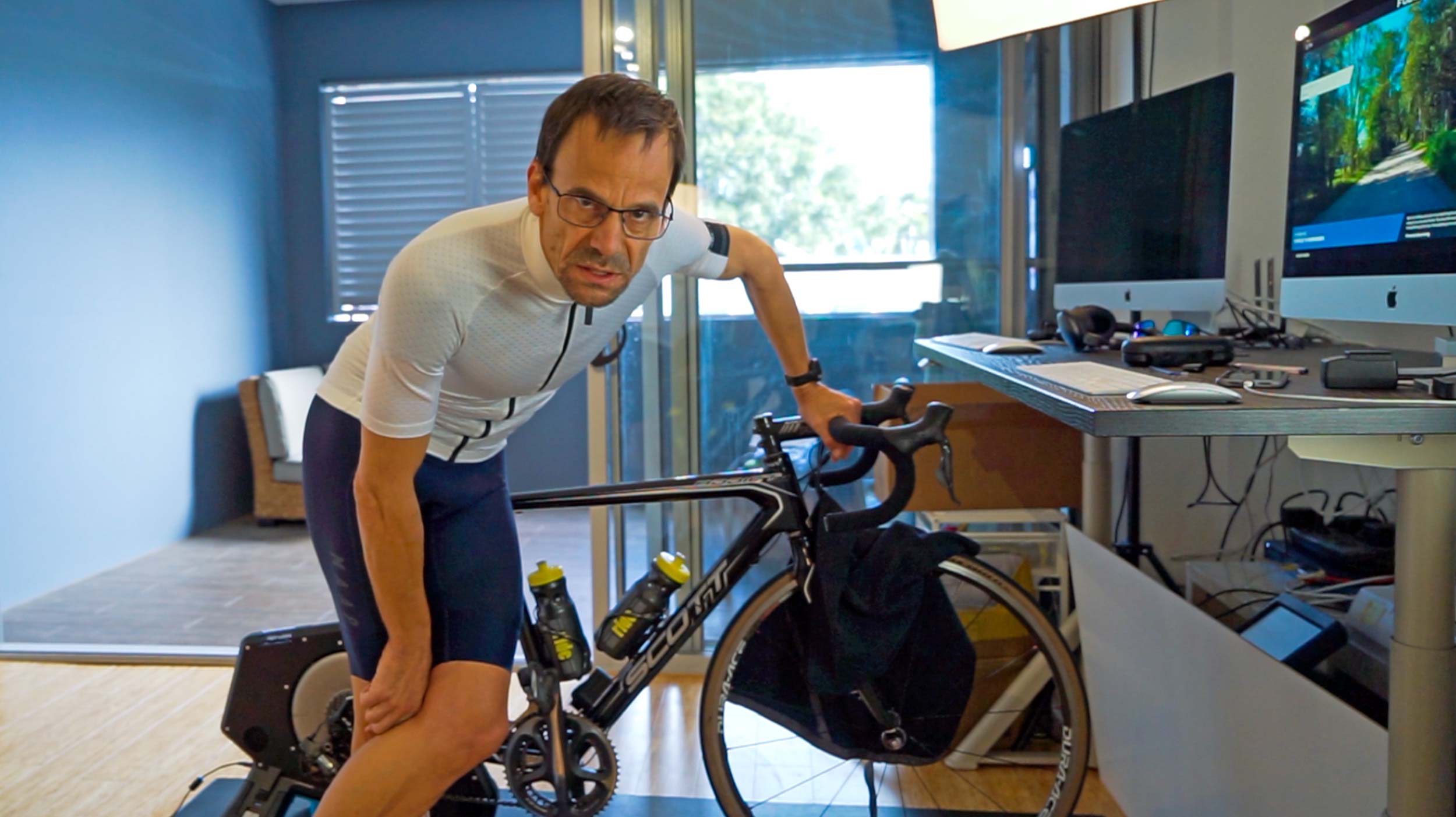 On one of my screens I see the vision collected by riders around the world, showcasing where they ride. Then FulGaz streams it to my computer and I follow the route selected by contributors to the training platform.

On the second screen could be anything: bike racing (and there’s been plenty of that to watch while in lockdown since 26 June), YouTube, Netflix… etc. 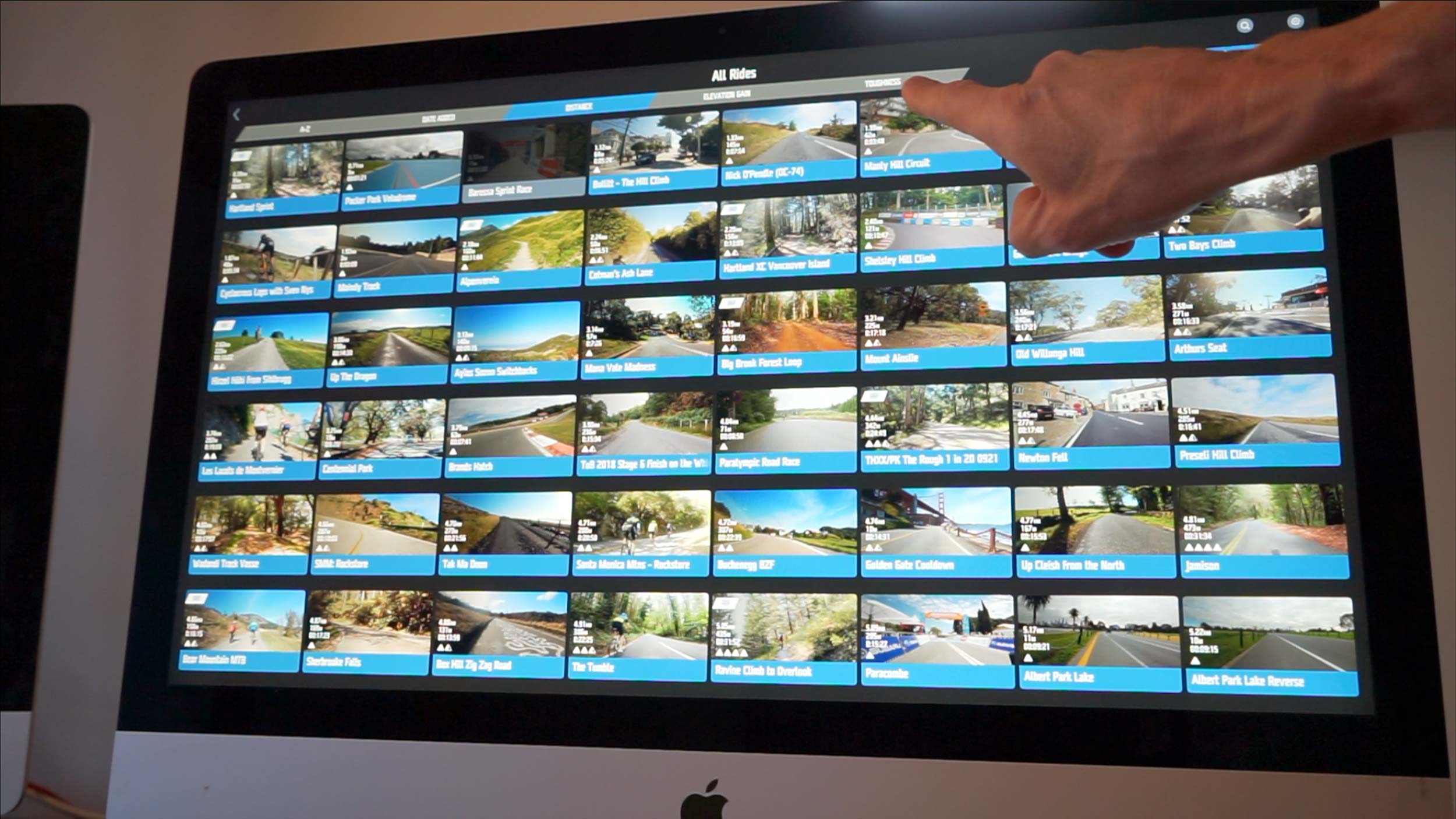 All around me while I ride inside are reminders of the days when I could indeed be outside in the elements, enjoying time on the bike, getting exercise and seeing some of the world. There are also plenty of scenes on my screen that show places I’ve been in The Before Time (ie. the pre-COVID days) and the memories – along with many associated anecdotes – come flooding back.

The #LockdownReview concept will not, I hope, last forever. I’ve had both my vaccination jabs and finally case numbers are starting to drop (ever-so-slightly) in my hometown. There is speculation about Sydney starting to open up again sometime soon. Even the thought of that is enough to raise the spirits. It won’t be long before the fitness gained on the Tacx Neo 2 is put to good use again, out on the roads and trails.

What prompted the idea of the #LockdownReview was the daily ritual of pushing a button on my Saeco coffee machine. For 20 years, the Royal Digital Plus has brewed cup after cup of dark, flavoursome goodness. It’s not a cycling product but it’s a link to the racing scene thanks to a team sponsorship in the late-1990s and early-2000s. 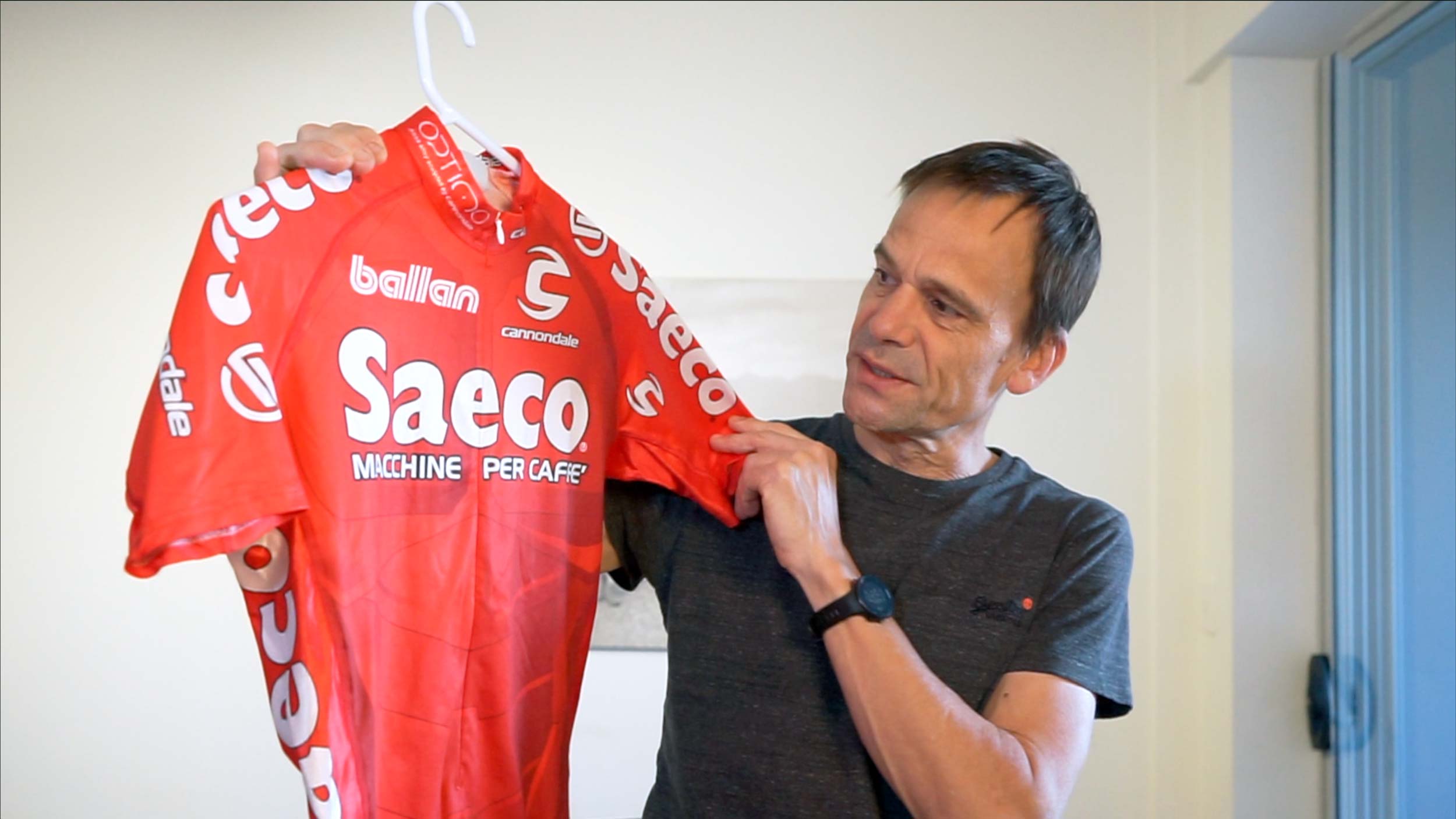 In early-July, when I was still riding outside, I noticed the huge queues forming outside cafes around Sydney; I was grateful to have an alternative for my source of caffeine and the Saeco machine continues to do a great job all these years later.

Plenty of people are still riding and, it’s fair to say, there are even more cyclists than ever before. The bike offers great exercise but the 5km limit makes it difficult to find safe places to ride. My solution is the smart trainer.

Riding inside is not for everyone and it’s not my preference, but it’s a practical way to keep fit while catching up on the racing action (thanks SBS) and plenty of other viewing.

FulGaz helps ease the pain by providing a vast catalogue of rides from all around the world. Sometimes I’m transfixed by the scenery, other times it prompts me to tell stories of time spent in various locations, and the data is always available for feedback on the ride.

So far, since 7 July, I’ve done 60 rides inside (2,220km with almost 30km of elevation gain). Physically, it’s getting easier to finish each ride but mentally I’m not always in the zone. Actually, my mind is starting to get fried. Sure, there’s variety thanks to myriad routes on FulGaz and a wide range of viewing for the second screen, but it’s starting to get monotonous. (And that’s being kind.)

What is helping get me through is a video diary. Usually recorded largely for my own amusement, I speak to the camera and explain my mood and the route I’ve selected. There is plenty of footage of me riding in front of the desk at RIDE Media HQ, talking about cycling. Sometimes it gets edited into a #LockdownReview, sometimes it gets deleted, and other times it gets put in a rapidly growing ‘To-Do List’.

I’m experimenting with products and riding positions and it’s getting me through this strange stanza in limbo waiting for the time when we can move around freely and safely again. The lockdown can’t last forever and I’m looking forward to riding the way I love to again. In the meanwhile, I’ll just keep on pedalling any way I can… and, of course, I’ll keep telling stories about cycling.

Note: Of course, RIDE Media will resume with its usual programming in due course. For now, we wait for the lockdown restrictions to be lifted and for the moment we can ride outside again.