RIDE Media recently caught up with Logan Martin, winner of the gold medal for BMX freestyle at the Tokyo Olympics. He explains his start in the sport, his equipment, his tricks and the first cycling event at the Games won on style not speed.

If you somehow missed seeing Logan Martin in action at the world championships in Montpellier in June 2021, or the Tokyo Olympics a few months later, take a moment and click play on the link below. You’ll see a sequence of tricks performed during a 60-second run and, chances are, you’ll be gobsmacked for the full minute.

For regular readers of this site, this is cycling like you’ve probably never seen it before. Freestyle BMX isn’t new. It’s now a sport but when it first began in the early-1980s, it was just good fun. In comparison with what Logan Martin and his peers are doing in 2021, the tricks were completely lame but a sport like this has got to start somewhere.

There was never a formal genesis of freestyle. It just happened. BMX riders went to skate parks, took a few risks, did a few jumps, learned a couple of tricks, and encouraged each other. The principals remain the same 40 years later, only now it’s big business… and it’s a sport, complete with a place in the Olympic program.

“I’m definitely stoked to have won the first ever gold medal in freestyle BMX,” says Logan Martin in the first minutes of a chat a few weeks after he returned from Tokyo, “it’s quite an achievement.” 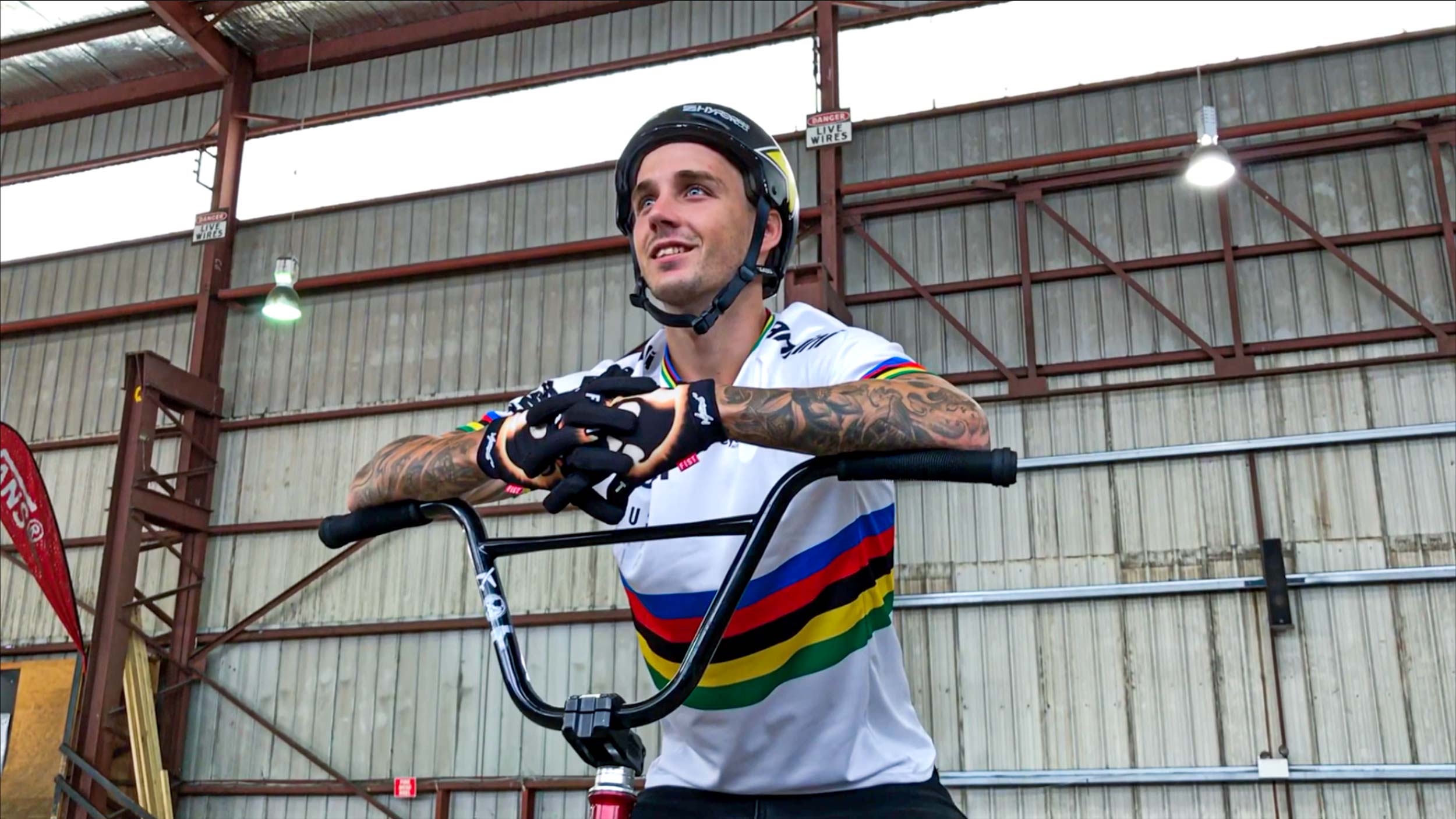 By the time we speak, he’s been doing the rounds of various media agencies – some mainstream outlets, some niche BMX sites – and he’s clearly growing used to questions surrounding his Olympic triumph.

“For the most part all the questions are very similar, so it’s just on repeat, really,” he replies when asked if he’s growing used to this new flurry of attention that’s come his way.

Let’s be clear, Martin didn’t become a sporting success story only because of his Olympic gold medal. The Tokyo Games have helped broaden his reach and earned him contracts with various corporations, including Channel 7 (explaining why our interview was audio only, and not via video as I’ve been doing with cyclists throughout 2021). 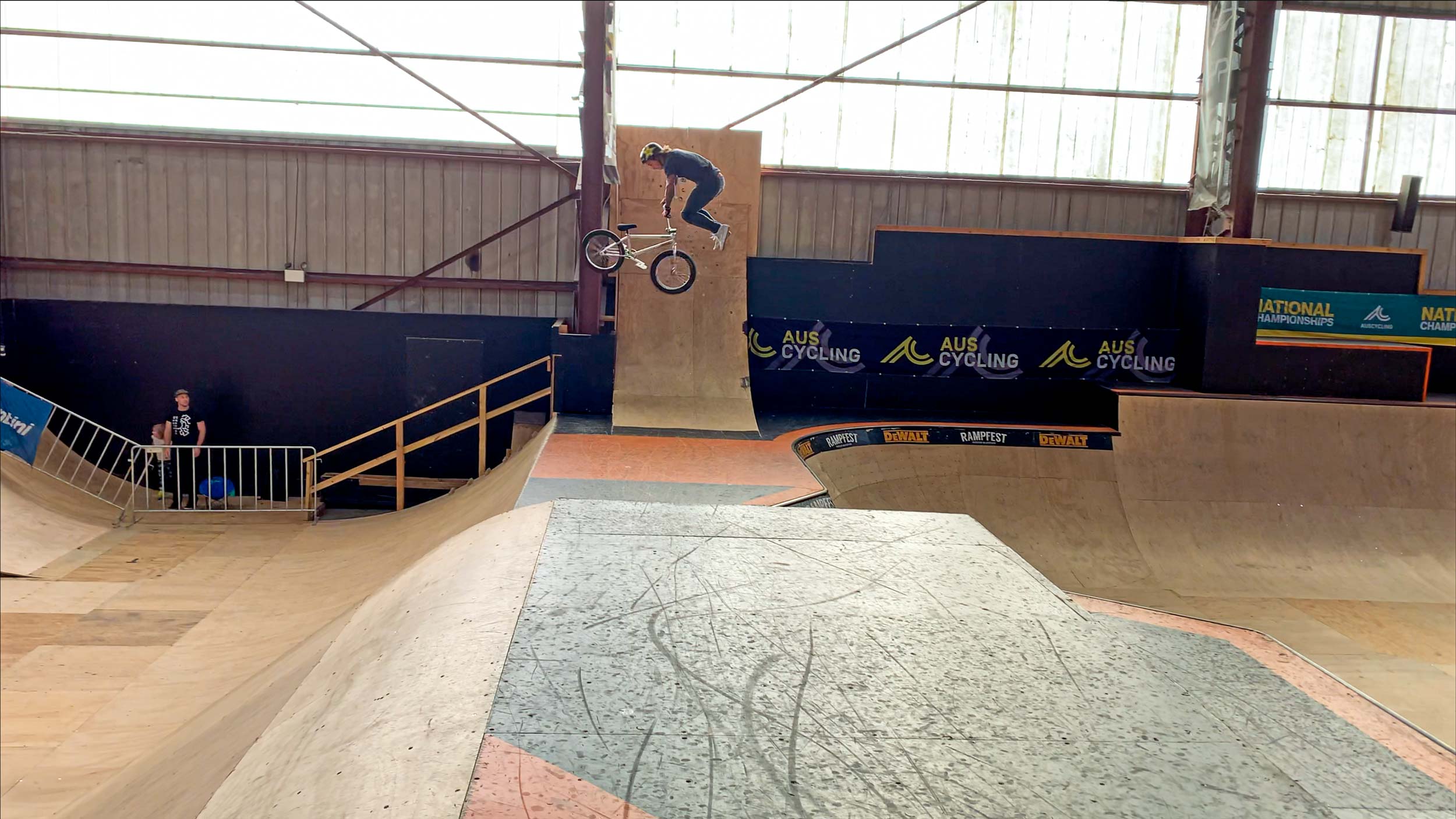 With over 443,000 followers on his Insta account – @LoganMartinBMX – he boasts a greater social media audience than any of the other cyclists who represented Australia at the Games in 2021. (Richie Porte, by way of comparison, has 293,000+ followers.)

BMX freestyle might be new to the Olympic program but Martin says his gold medal from Tokyo – achieved thanks to a score from his first run in the finals of 93.30 – is the stand-out result of an impressive cycling career.

“This is by far my biggest achievement,” he says of the win in Tokyo on 1 August.

“I’ve won the X-Games three times. That’s the biggest event for action sports. That’s where I wanted to get to when I was growing up. I was striving for an X-Games gold medal, and I ended up achieving that.

“I ended up winning a world championship two times. Now I’ve won an Olympic gold medal and that’s by far the biggest achievement.”

All that being said, Logan Martin admits that his run in the final of the worlds in Montpellier was a better display of his skills than what he did in Tokyo.

The big difference between the worlds and Olympics is the attention the rider received from Australia. “I knew how big the Olympics were but actually being there, seeing how much support I had, then winning the medal – and then, obviously, seeing how much more support there was after I won… and, I guess, how stoked Australia was that I’d won the gold medal – it’s just amazing.” 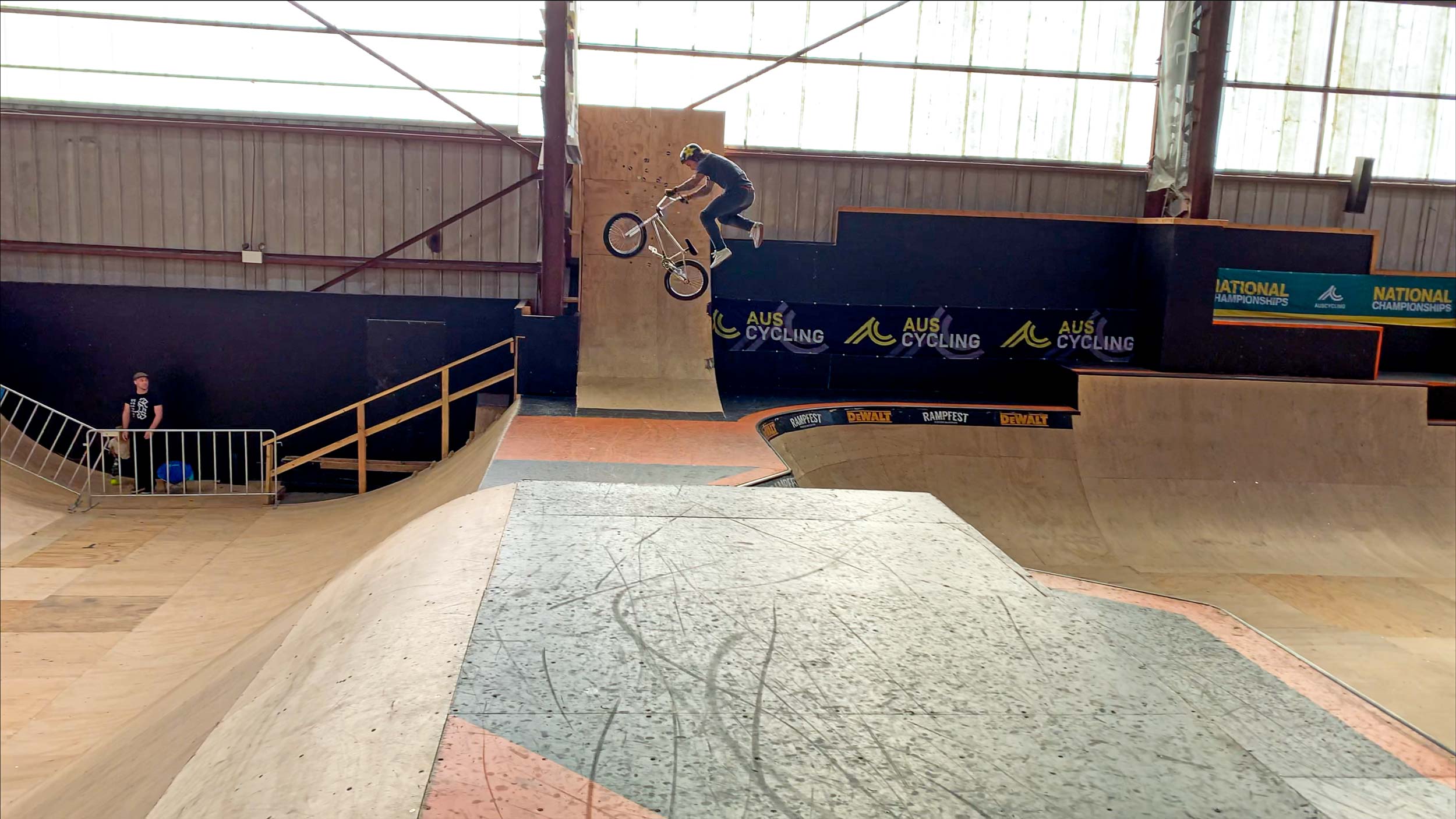 BMX Freestyle: where do you start?

Something that makes the Olympics special is that sports which rarely get mainstream media attention receive considerably more exposure than usual. It’s a showcase of sports and the Games offer inspiration to young and old. But, for something like freestyle BMX, the obvious question is: where do you start?

“Obviously, you don’t start out doing backflips and things like that,” says Martin. “You take it one step at a time and learn the basics first.”

Good spatial awareness is a handy trait for the wannabe freestyle BMXer. So too a lack of fear and the understanding that things are not always going to go right, so settle in for a few years of trial and (sometimes painful) error. 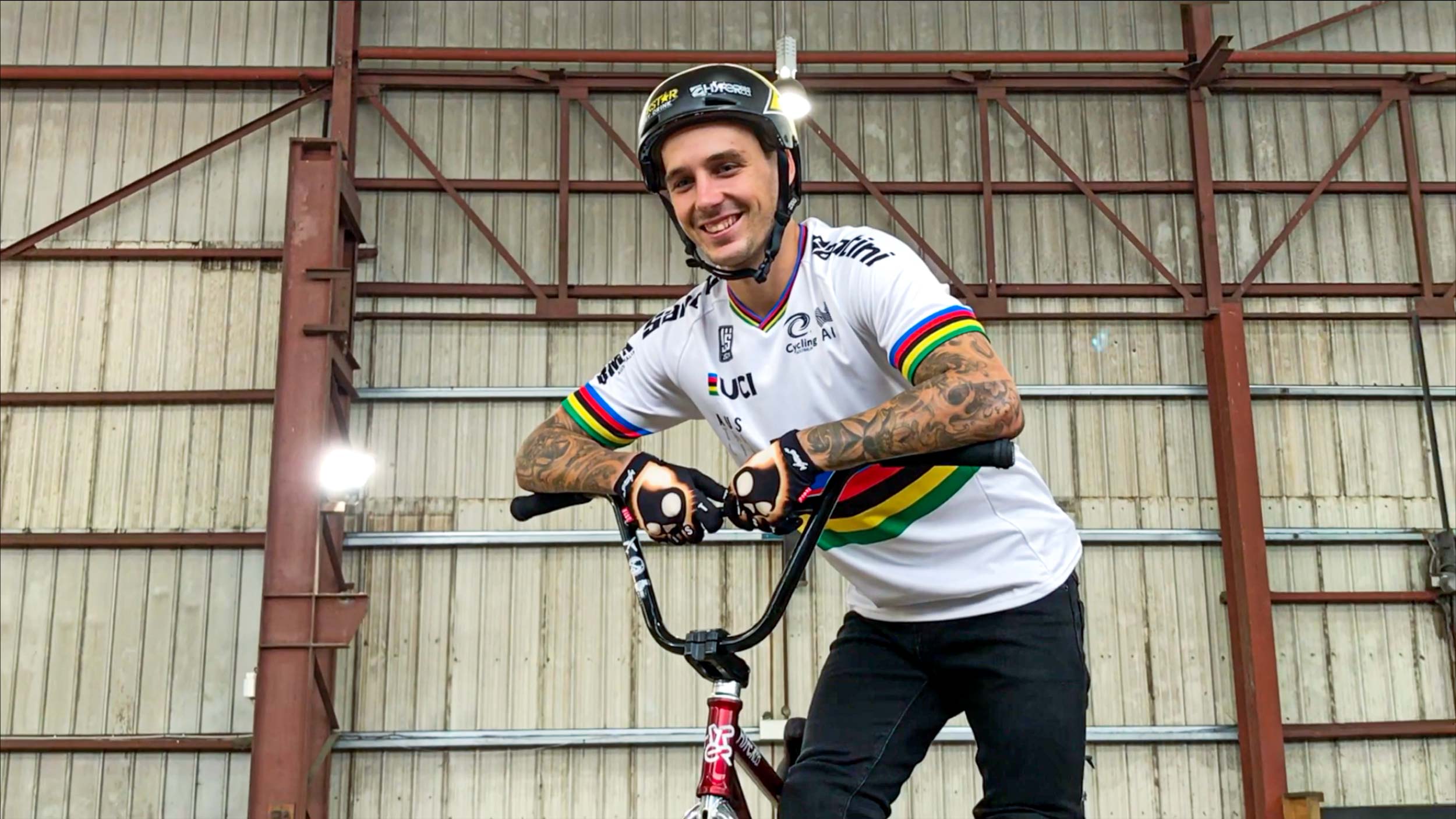 Early in our interview over the phone, with him running errands in his car in Brisbane, Martin explains his introduction to the sport. “I just started going to the skate park each and every day.”

With BMX, Logan says “a lot of kids will start out at a race track – and they’ll start at a young age, learning bike control and things like that, and doing a bit of racing and then transition over to the skate park”.

He skipped the BMX racing and just focussed on freestyle after trying some of the usual sports Australian kids do when they’re young. “For me, it was a case of taking it day by day, going down to the skate park and learning new tricks each day.

“When I was younger, I was playing rugby league and then I moved close to a skate park and I was about 12 years old when I started going down there and learning tricks.

“I started fairly late compared to some other kids.”

Did he also happen to try gymnastics or trampolining, or something that saw him go upside down a lot? “Ah, not really,” he replies, “but I was always into trying different sports.

“I tried tumbling for a little bit, which wasn’t very long. I only went to a few classes. Then I did swimming classes… for the most part I stuck with rugby league, but I did give other sports a try.

“I always felt I had some sort of aerial awareness. I always knew how to do backflips on the floor and could always do handstands and things like that. So, I sort of knew how to do tricks and things, I guess.” 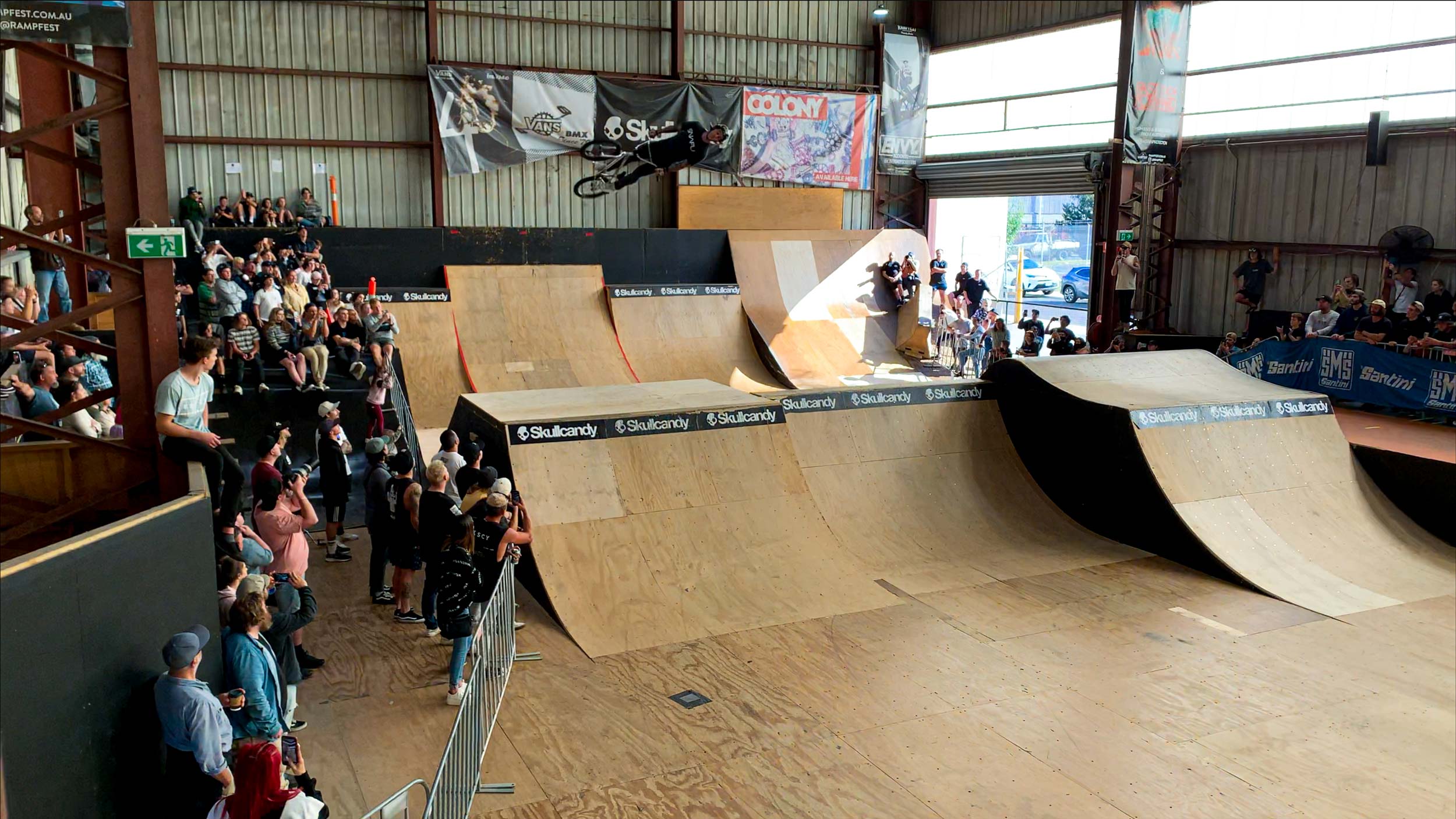 Unusual traits: “I do ride on my crank arm a lot”

When you watch a clean run on the ramps by Logan Martin, what is likely to surprise you is how frequently and – apparently – easily he finds the pedals of his bike time and time again. He does tailwhips and bike throws with such ease, that it looks illogical to most.

What’s his secret beyond “some sort of aerial awareness”? It’s not easy to explain. Rather, it’s just years of practice… and a habit of landing jumps with his front foot on the cranks instead of the pedals.

“When I first learned tailwhips – when you completely spin the bike around and get back on it – it was just easier to land on the crank arm. There’s more of a platform.

“I guess I took that to the next level. Some people were [already] doing that – landing on the crank arm – but if I was trying to do back-to-back tricks on two separate jumps, I would just stay on my crank arm after the first jump and then I was able to learn to pump the next jump… like, pump the up-ramp, and do the next trick while still standing on my crank arm.

“That sort of became the ‘normal’ for me. I do ride on my crank arm a lot.”

Note: This is the first part of a series about Logan Martin on RIDE Media.