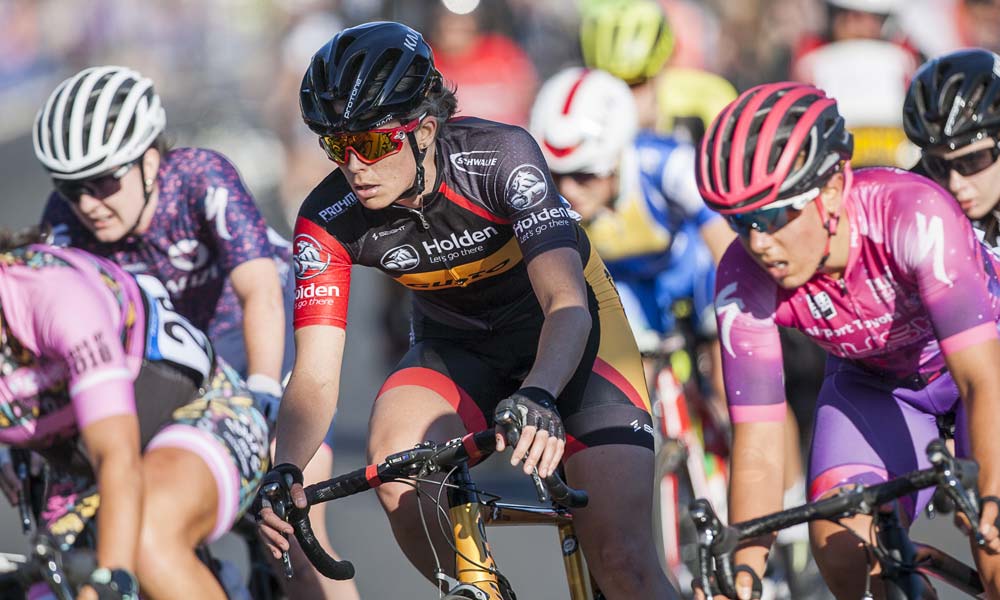 There is considerable interest in the NRS, even if we haven’t known what the dates or events are until today. Racing begins in May.

It’s official: there will be a National Road Series in 2018. And we now have a list of events and dates for the NRS that begins in May with the only one-day race on the calendar, the NSW Classic, Grafton to Inverell. This is followed by a total of eight stage races: five for men and women; three just for men; one just for women.

It all adds up to 42 days of racing (25 for men, 17 for women) and essentially lays the foundation for things to grow again.

The full calendar of events is listed below. 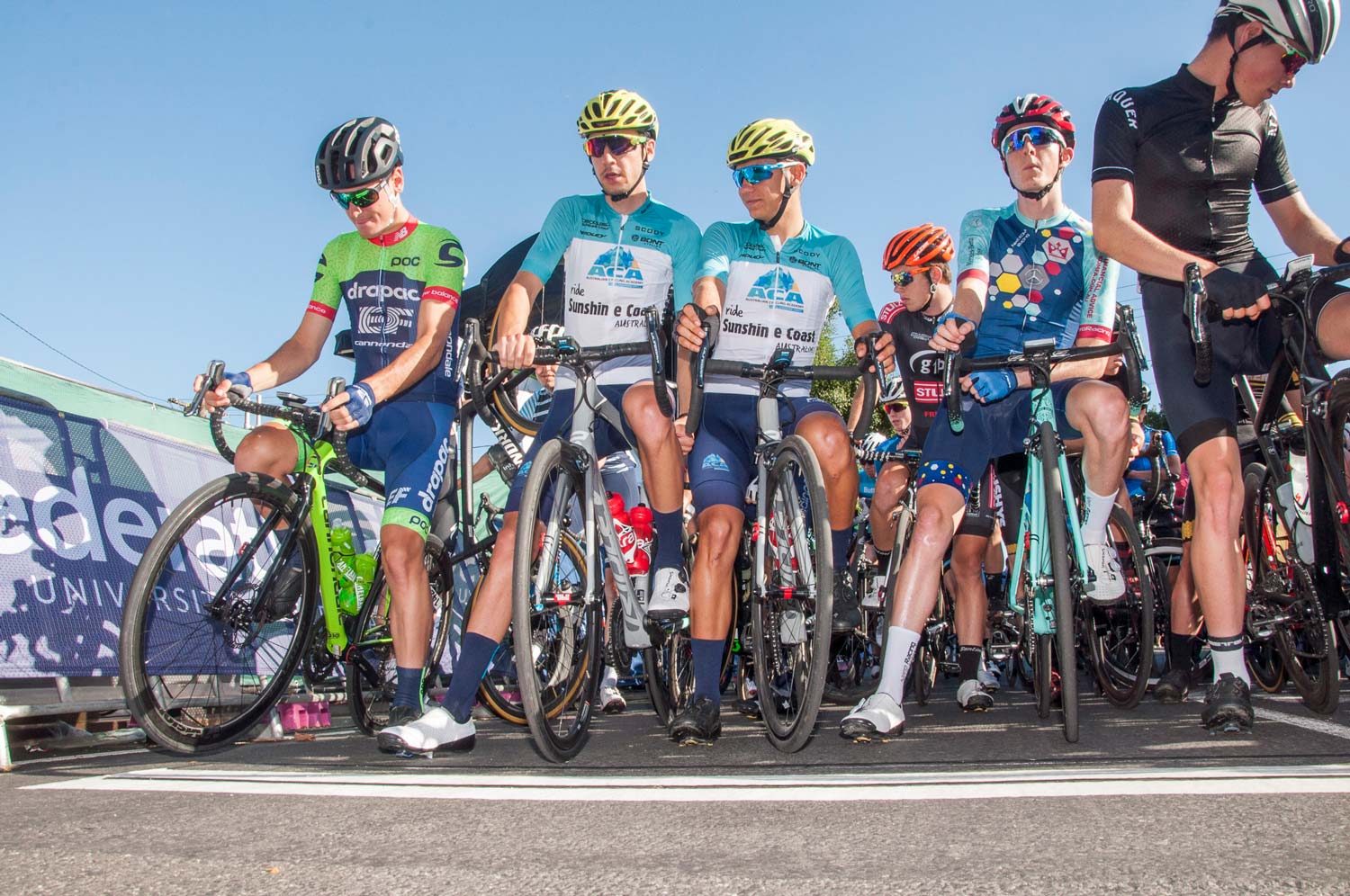 There are a range of teams registered for the NRS in 2018. In the coming weeks, RIDE Media will be profiling some of the line-ups that will contest the nine-race series.

Cycling Australia is heading in a new direction in 2018, with the ship being steered by a capable former cyclist. Steve Drake achieved plenty on the bike, then excelled in the business world before taking a little hiatus from his role in the banking sector and eventually returning to sport as an administrator. He took over the role of CEO for CA in early February.

Drake is the 1993 road race national champion, a former Commonwealth Games representative. RIDE Media met with him for a couple of hours in early February, a day after it was announced that he was taking over the CEO role from former Olympic rower, Nick Green.

The signs are promising and it’s clear that Drake has a vision for how cycling can move into the future while maintaining a link with the sport’s heritage. He talks about engagement with children –encouraging more participation, be it racing or just riding – as well as listening to the membership of CA to hear what the community’s desires are.

When it comes to the machinations of the NRS, however, the man in charge of effecting changes to the structure of the series is Kipp Kaufmann. He began working for CA on a full-time basis last year and has been striving for positive outcomes for the national road series after it stalled somewhat under the Green administration.

RIDE Media spoke with Kaufmann earlier today and addressed some basic themes in relation to the NRS.

– To listen to the interview with Kaufmann, click the SoundCloud file and/or read the transcript below. –

Click the SoundCloud link (above) to listen to our discussion with Kipp Kaufmann.

RIDE: It’s Friday morning [9 March 2018] and Cycling Australia just announced a new calendar for the NRS of 2018. I’m speaking with Kipp Kaufmann, from Cycling Australia, who is managing the NRS. How are you going?

Kipp Kaufmann: “Not too bad. Thanks for having a chat…”

The NRS has had some halcyon times and then it had a little bit of a low ebb recently. It feels like there’s reason to be optimistic about what’s coming up this year.

“Yeah, it was certainly, I believe, starting to change the trend. But you’re right, we’ve had some down times and I think this year we’ve almost hit the ‘reset’ button.

“People might not like to hear that because there’s probably been years of, ‘When are you going to turn it around?’

“But what we’re doing is, obviously, we announced a strategy around it and we’re starting to implement that. You’ll start to see that and, in the first look at it you might think, ‘Well, that looks quite similar.’ But there [are] some undertones that are changing and I think that we’ve started to set the framework that will really build into 2019 and beyond.”

In the coming weeks I’m going to be profiling some of the teams for the NRS and talking about their hopes and aspirations. Can you give us a little overview of how many are registered and how that process takes place in Administration World?

“For a number of teams, they’re still registering – especially with the women’s series changing later. But we’re on track, I believe, to have more women’s teams than last year and what looks to be around the same, or a couple more, of men’s teams.

“One of the really key things I’ve been impressed with is how teams are getting stronger. So we obviously saw what Bennelong has done over the last years but you’re seeing other teams come through that were smaller, like Inform and the new Australian Cycling Academy and a number of others…

“Drapac has done some fantastic work over the last few years.

“I could probably keep going and I’m going to miss teams, obviously, but the men’s side has done really well.

“And obviously, the last couple of years, Holden – looking at what some of their riders did this summer – and certainly the Specialized team, racing in some of those UCI races, were right at the top of the team GC in some events. That was, I think, almost under-reported…

“Some of those things are really exciting from the teams’ perspective.

“As an administrative process, what we’ve put in place is similar for both events and teams: there’s a process by which they register and provide budgets, team contracts, and other documentation. We try and support them through that and we’ve provided guides and templates this year for each team, similar to the UCI.

“So what we’ve done is a simpler version of the UCI model, but hopefully it can help teams through that process and guide them.

“Chris Ball, who is with [the CA] team helps lead those teams through that. Some are already set up because they registered through the UCI as ‘Continental’ teams on the men’s side – so they’ve gone through a pretty hefty process there that we helped them with.

“Certainly the [domestic-only] based teams, we have a guide that helps them register.

“What we want to do is, obviously, have high quality teams but also not make it so that it’s overly administratively cumbersome.”

We see no Subaru logo on press releases from Cycling Australia this year. Can we assume that that relationship is over?

“Yes. Subaru left Cycling Australia as a sponsor in November [2017]. They’re obviously not part of the relationship… it’s a high priority for us to bring a new sponsor on to the series. We’re hopeful of doing that in the short-term.”

[Subaru] certainly worked their branding while they were part of the sponsorship of the NRS. Is the lack of that funding going to affect the media coverage at all? We had a time where there were some broadcast initiatives going on. What’s your plan for 2018?

“We’re working on the broadcast. I think what we saw last year was a variety; a little bit with Full Cycle and the team there doing some broadcasting, or some small – I guess – updates of each of the events. Sometimes there would, and sometimes there wouldn’t be, daily updates.

“I think what we saw this summer and near the end of the NRS last year [were] some great initiatives which were partnered more around live-streaming, so people could see [the racing] live.

“We’re looking at a combination around those and really committing to those.

“I hope we can announce those particulars in the next few weeks. But we know how important it is both to the teams and the events and we’re committed to that. So, we’re not only committed to greater coverage – even though Subaru has gone – we just need to be more innovative about it.

“I think there’s going to be some exciting things for the cycling fan and public that will come with the NRS in the next few weeks.”

Chris Miller from the Nero Racing Team has been creating some quality content from the domestic racing scene. Click the image above to have a look at a YouTube clip posted earlier this year.

We’ve seen some ‘vlogs’ from Chris Miller from Nero Racing and he’s putting cameras on bikes and he’s giving data and doing a whole lot of commentary. That sort of seems to me where the future of the media aspect for the NRS is going to come from. Would you agree?

“It is. I think that’s the way media is going. People want those unique experiences that you can give and it’s fantastic to see what they’re doing and what other teams have done in the past.

“We just want to help that happen and I think that introduction earlier this year, of cameras on bikes throughout the country, is only going to help.

“If there’s anything we can ever do, or any ideas people have, we’re more than happy to try and support that so we can get greater coverage so people are enjoying those races.”

The announcement today was relating to the calendar. We’ve got 42 days of racing in 2018 for the NRS; 25 for men, 17 for women. Only one single-day race and the rest are all stage races. Is that by design?

“Yeah, that’s correct. What it’s moving to is the new strategy. It might, at first… you might scratch your head and think, ‘It doesn’t look like it yet…’ but, because of the move of the Melbourne to Warrnambool – that slips into the 2019 season – and then the rest is falling into those new calendar spots around early-season one-day events.

“We’ve seen that, with the move of the Oceania road championships, which will fit within that and has been confirmed for three years in Tasmania which we think is pretty exciting.

“In that second part of the season, we’re working towards those multi-day events.

“There are also other small changes around the calendar that might not yet be seen.

“The Tour of Gippsland did some great things last year by getting up, but they had to run crits. This year they’re looking at more circuit races which will still give that excitement to the viewer, the fan, the rider and teams, but give them a little bit more road race based racing.

“Some of those strategies are starting to come into place right away.”

You announced last year that there would be some incentive schemes written into the NRS, including a proviso for riders being able to go on and be part of the Uni SA team for the Tour Down Under, for example. There were some hiccups this year. How do you manage addressing [that] moving forward?

“Certainly, that was something that didn’t go as we had planned but we’ve been working with ASADA closely, [and they] have agreed to expand the road racing [testing] pool – so, the number of riders on the pool.

“One of the key things they’ve said to us is… it’s not as if we can just add everyone; we have to be selective in who we add. And we’ve provided a proposal to the teams which is [to select] some of the top riders out of the national road championships, the National Road Series, and then [adding] them into the pool… and another addition, or change to the pool, at the end of the NRS season.

“That should get most of the riders who would be identified in the road nationals to be within that pool who can be selected [for a WorldTour race like the Tour Down Under].

“We don’t think it’s completely fool-proof, however, it should avoid that issue into the future and ensure that those riders can race as part of the national team at those WorldTour events.”

This gives us a good introduction to what we can expect from the NRS in 2018. It’s a work in progress. Well done on getting the calendar finalised and we look forward to seeing what comes next.

“Thanks Rob, appreciate it.”