Let’s take a moment to look at some images from the stage four time trial of Paris-Nice and consider the bikes, the riders and the results… 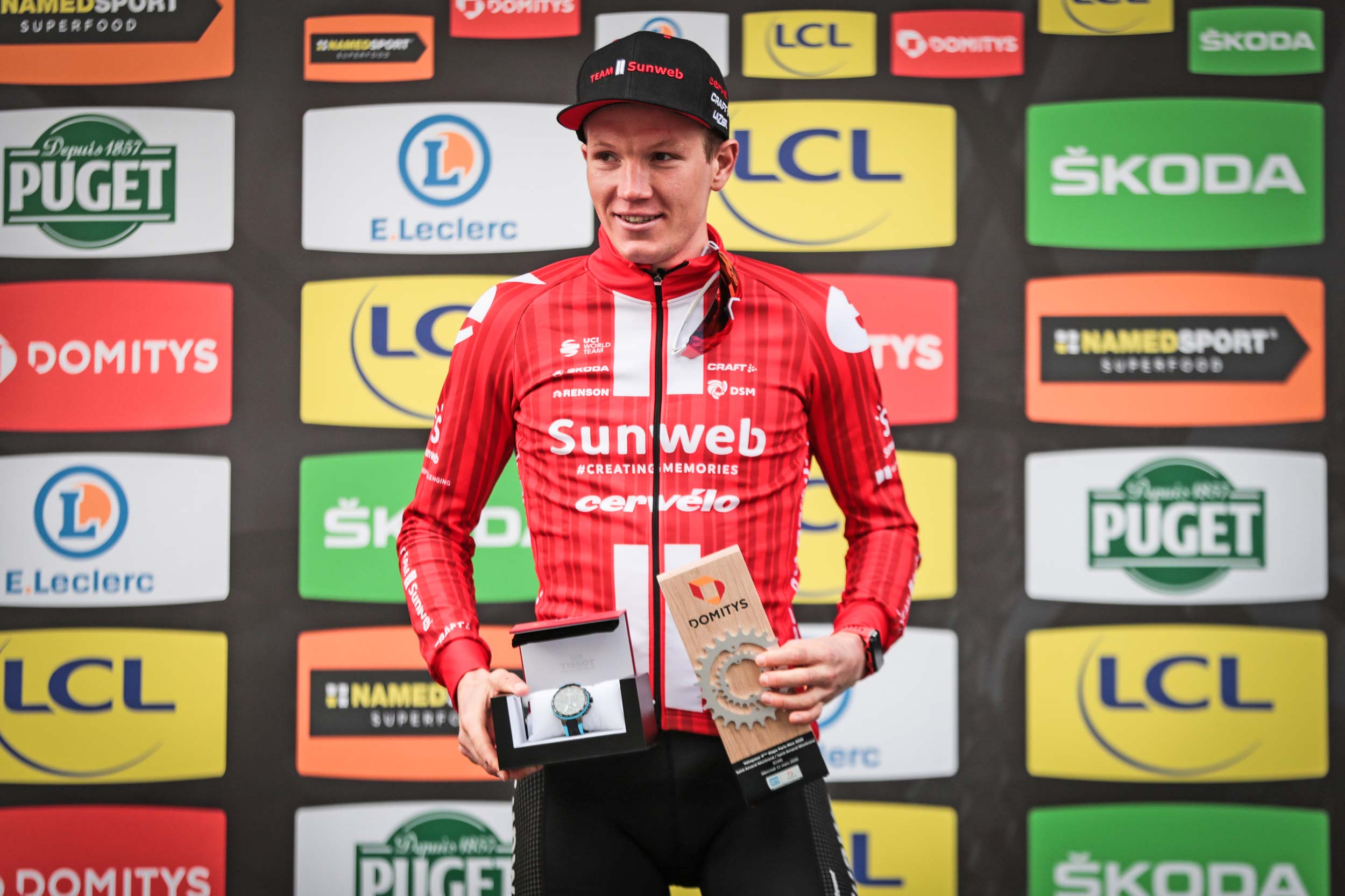 In a month when European racing generally ramps up, there is a considerable absence of events. The lockdown in Italy means that, for the first time ever, there’s no green-white-and-red tricolore in the calendar listings. 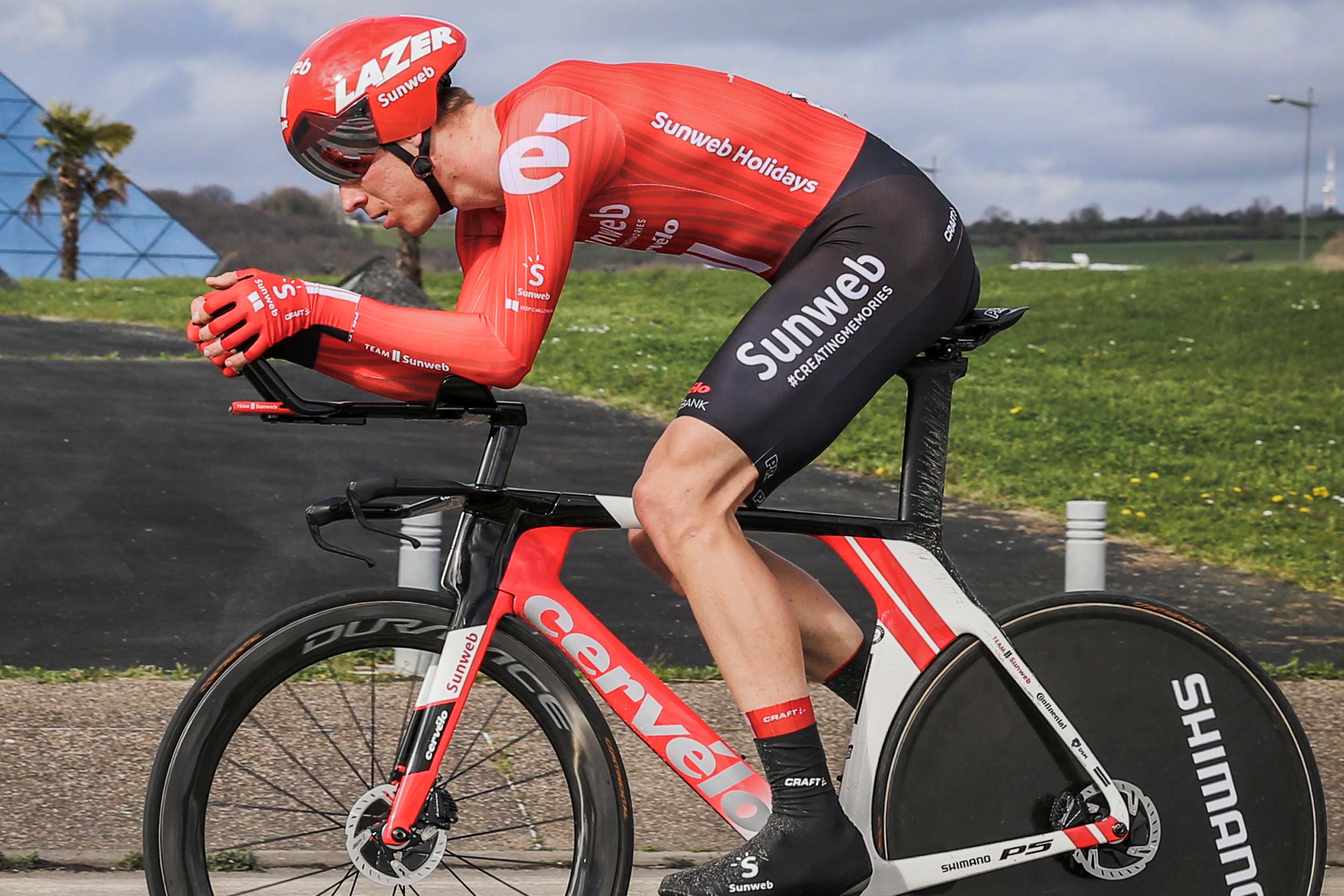 The winning bike: Cervélo P5 with disc brakes, rear disc wheel, and the high stack for aerobars that is becoming ubiquitous in 2020. (Photo: Fabien Boukla, ASO)

What had, over time, grown to be a glut of racing in the early season has taken a hit with events suspended (or cancelled). It’s not great for cycling but, trying to see some positives from the current predicament, at least it gives the events that are being contested more exposure – or so the theory goes.The seventh place in the 15km TT around Saint-Amand-Montrond by Michael Matthews earned a mention in the sports report on Australia’s ABC radio this morning, but it was his tall Danish team-mate, Søren Kragh Andersen, who stood on the podium in the centre of France as winner. 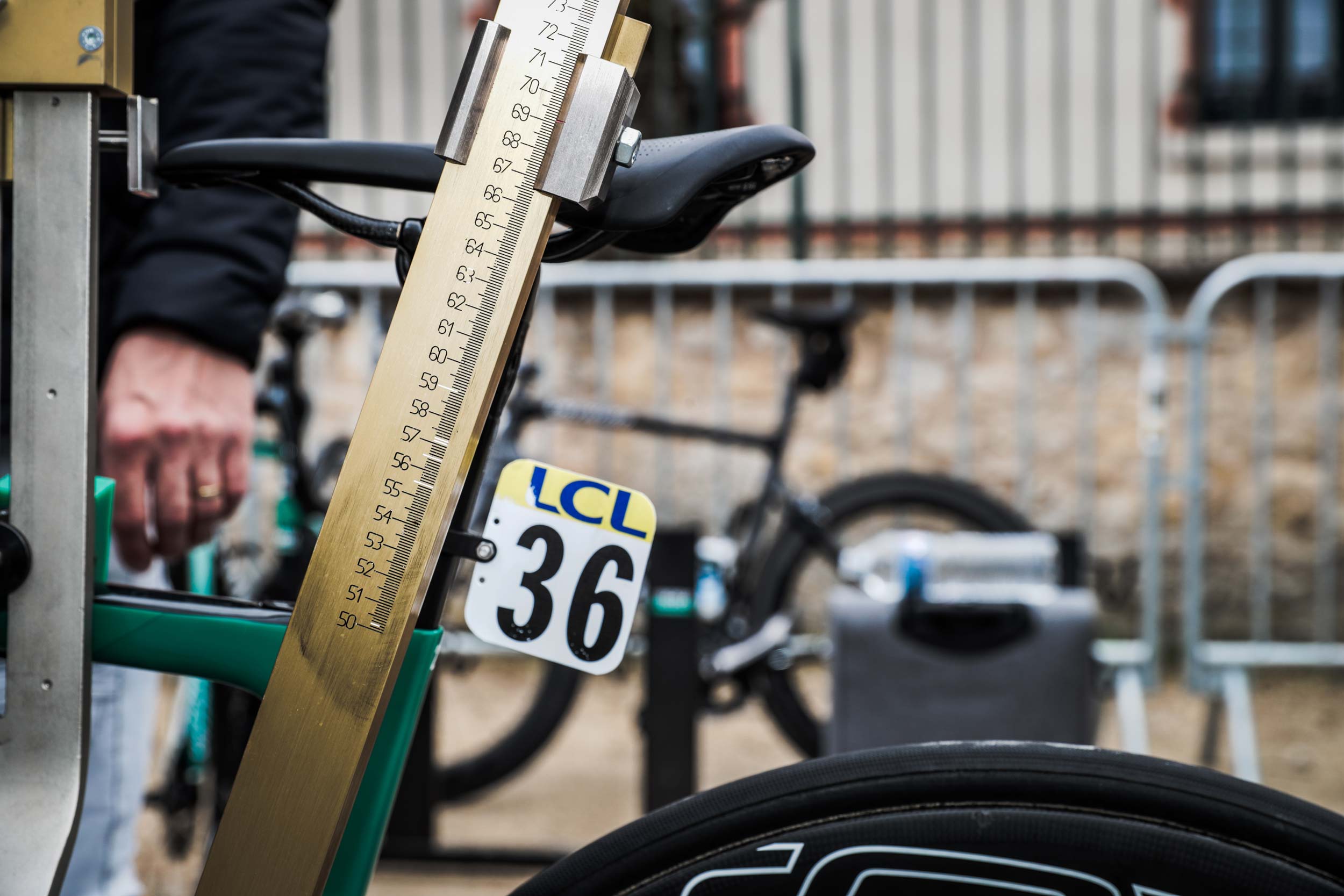 On a day when the novel coronavirus was officially declared to be a global pandemic by the WHO, bike racing is not at the forefront of everyone’s mind. Still, it’s good to have a distraction and something else to talk about.The racing didn’t quite have the drama of the opening three days, when wind, rank weather and aggressive racing provided plenty of action. Rather, the TT is when tech developments are tested, and lessons from off-season session in the wind tunnel are applied.

It’s interesting to note that Sunweb riders (on the P5 Cervélo TT bike) won the teams classification with four riders in the top 25.

Similarly, Bahrain-McLaren scored well in Saint-Amand-Montrond with four in the top 19, with the team’s Spanish GC hope, Pello Bilbao, even finishing the TT ahead of reigning world hour record holder, Victor Campenaerts who shaved his bushy beard off on the eve of his first time trial in NTT Pro Cycling colours.

It’s a first outing in the discipline for @VCampenaerts since he joined our team & he’s leaving nothing to chance. ⚔️

With the help of ASO photographer, Fabien Boukla, we take a look at some of the action from Saint-Amand-Montrond, the town that is often referenced as being located in the very centre of France. 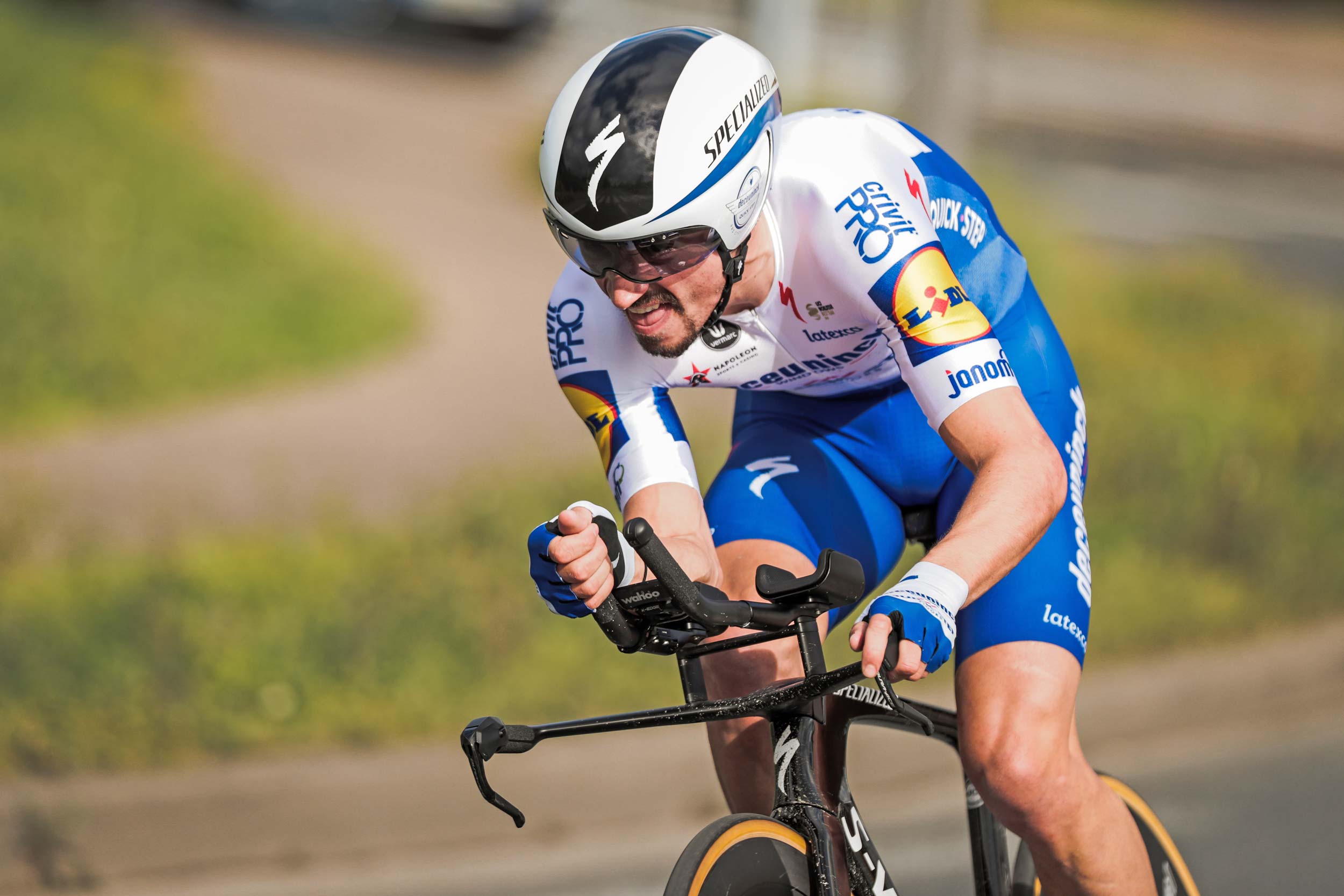 Julian Alaphilippe continues to eclipse the efforts of the French GC darlings: the Deceuninck-Quickstep rider was 17th in stage four while Thibaut Pinot and Romain Bardet (below) finished 26th and 39th, respectively. 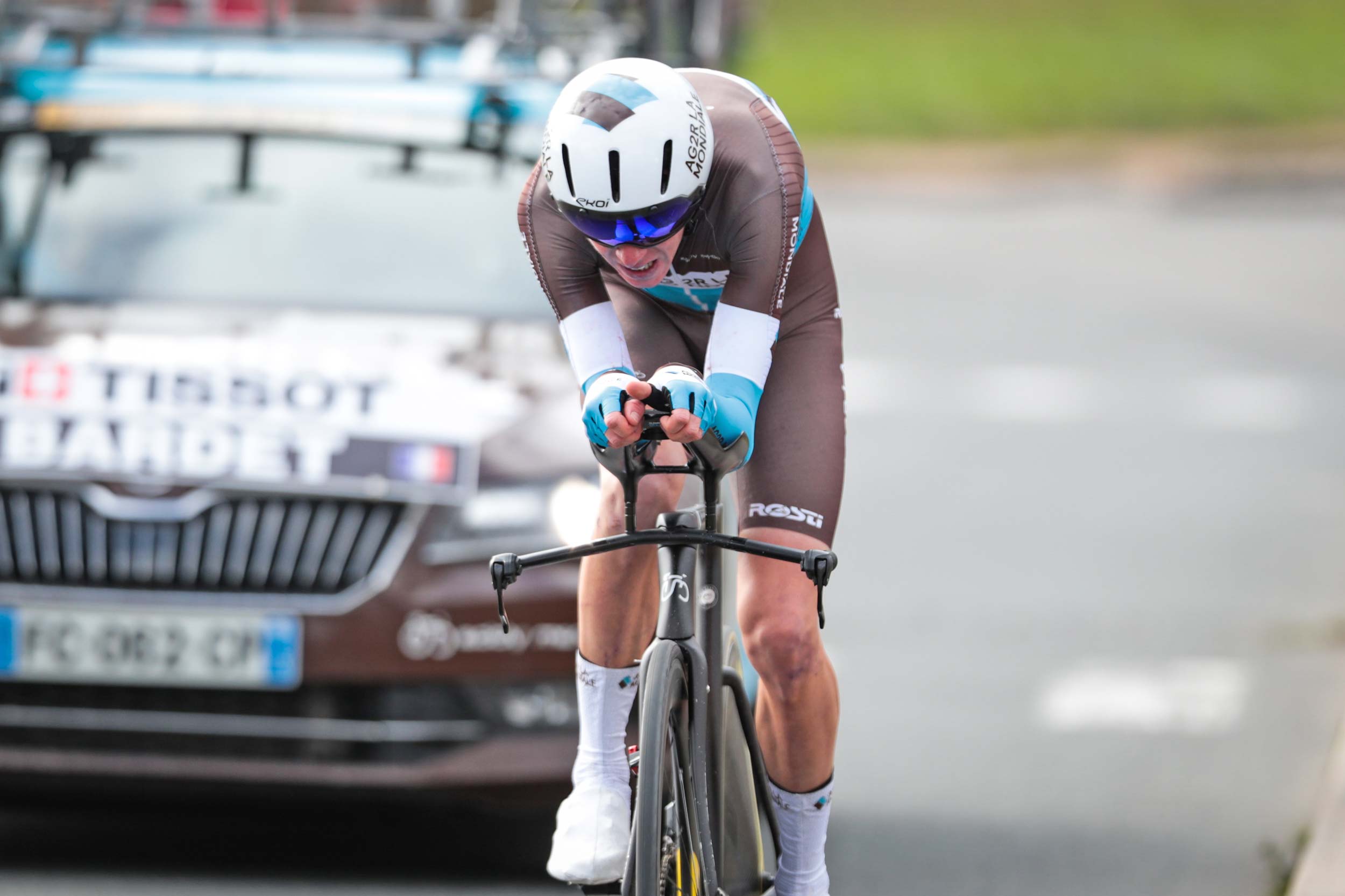 Note the sculptured armrests of Romain Bardet’s TT bike. While the likes of Alaphilippe get rather rudimentary tubing, the AG2R team leader has followed the lead of time trial specialists with what appears to be a customised product. 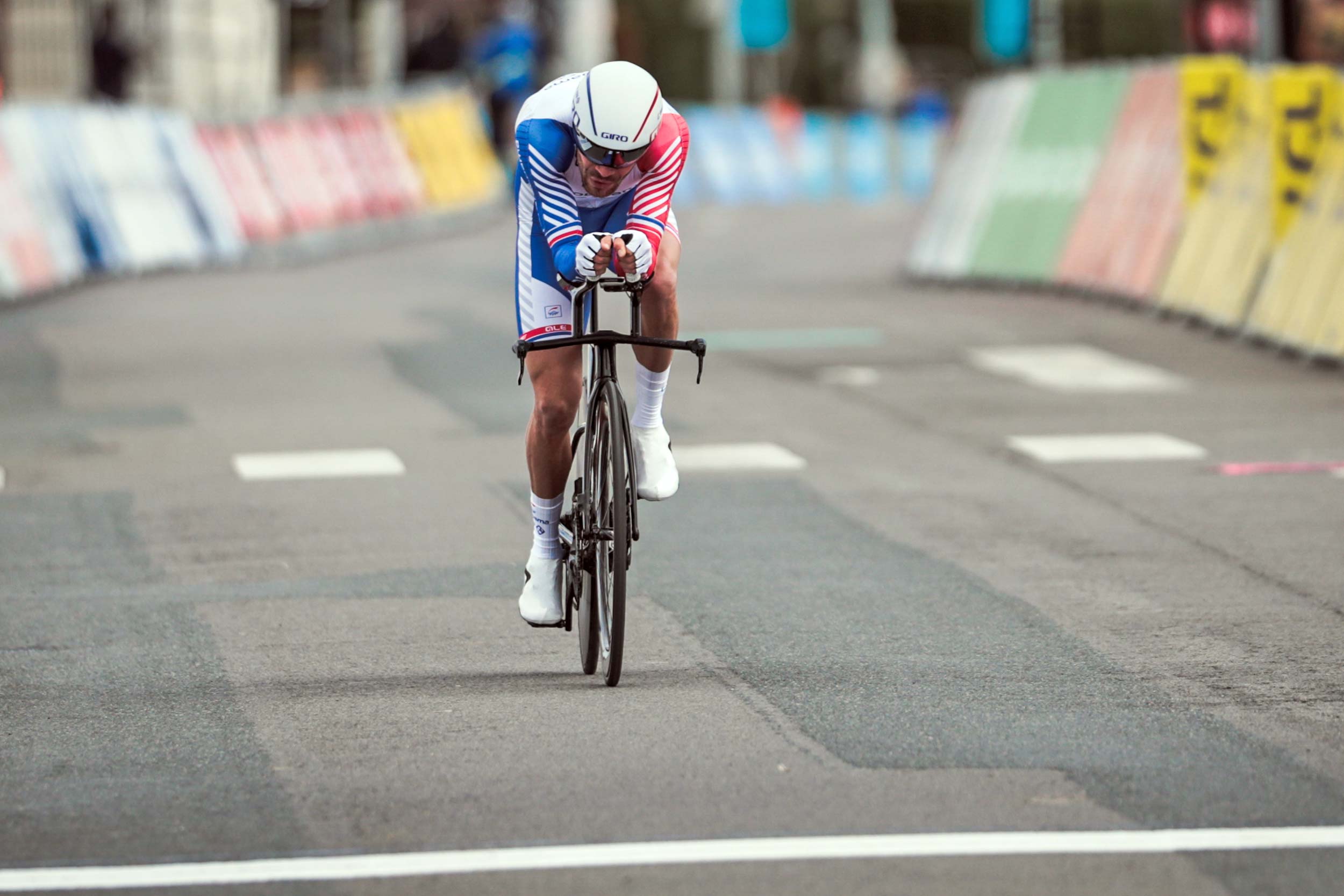 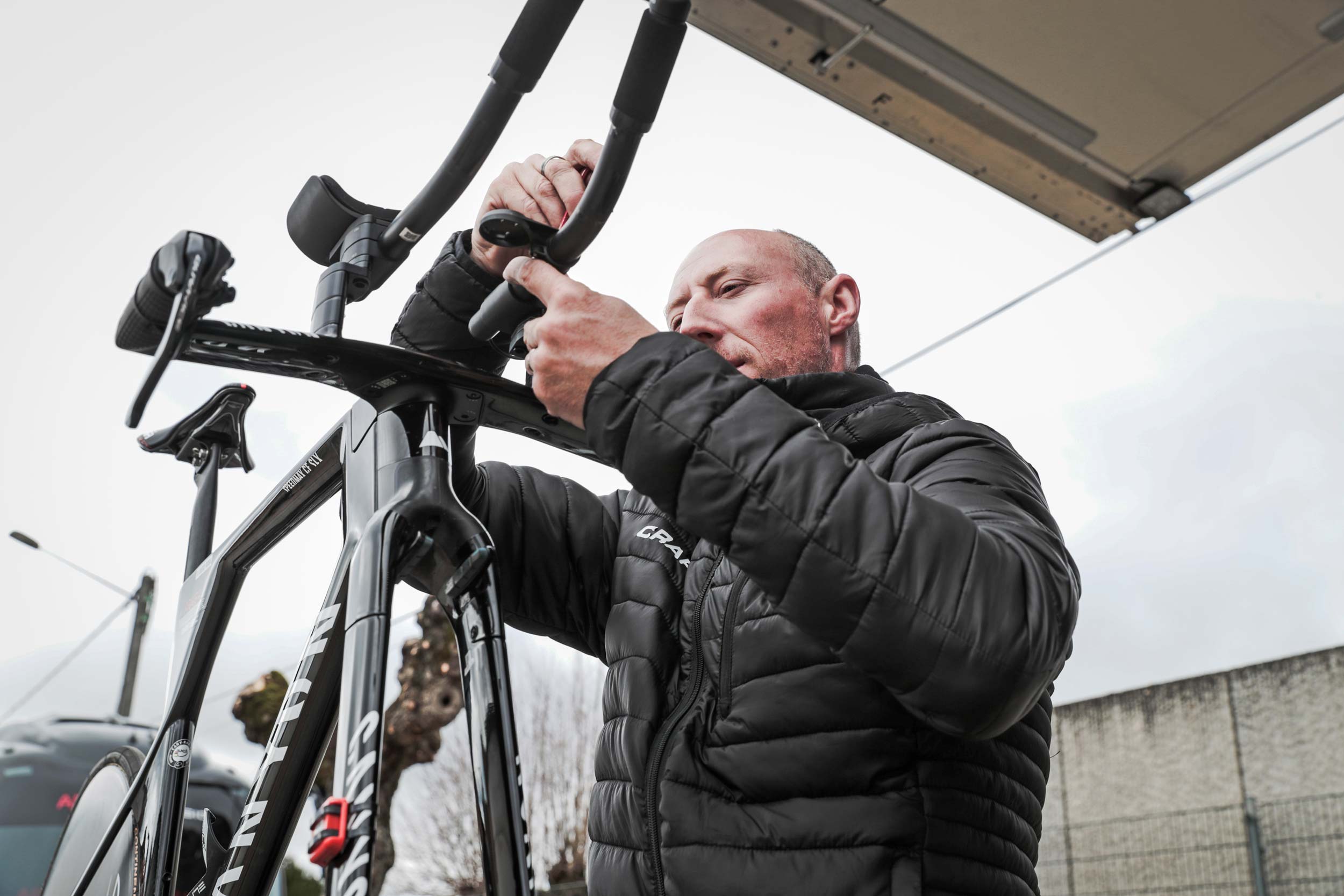 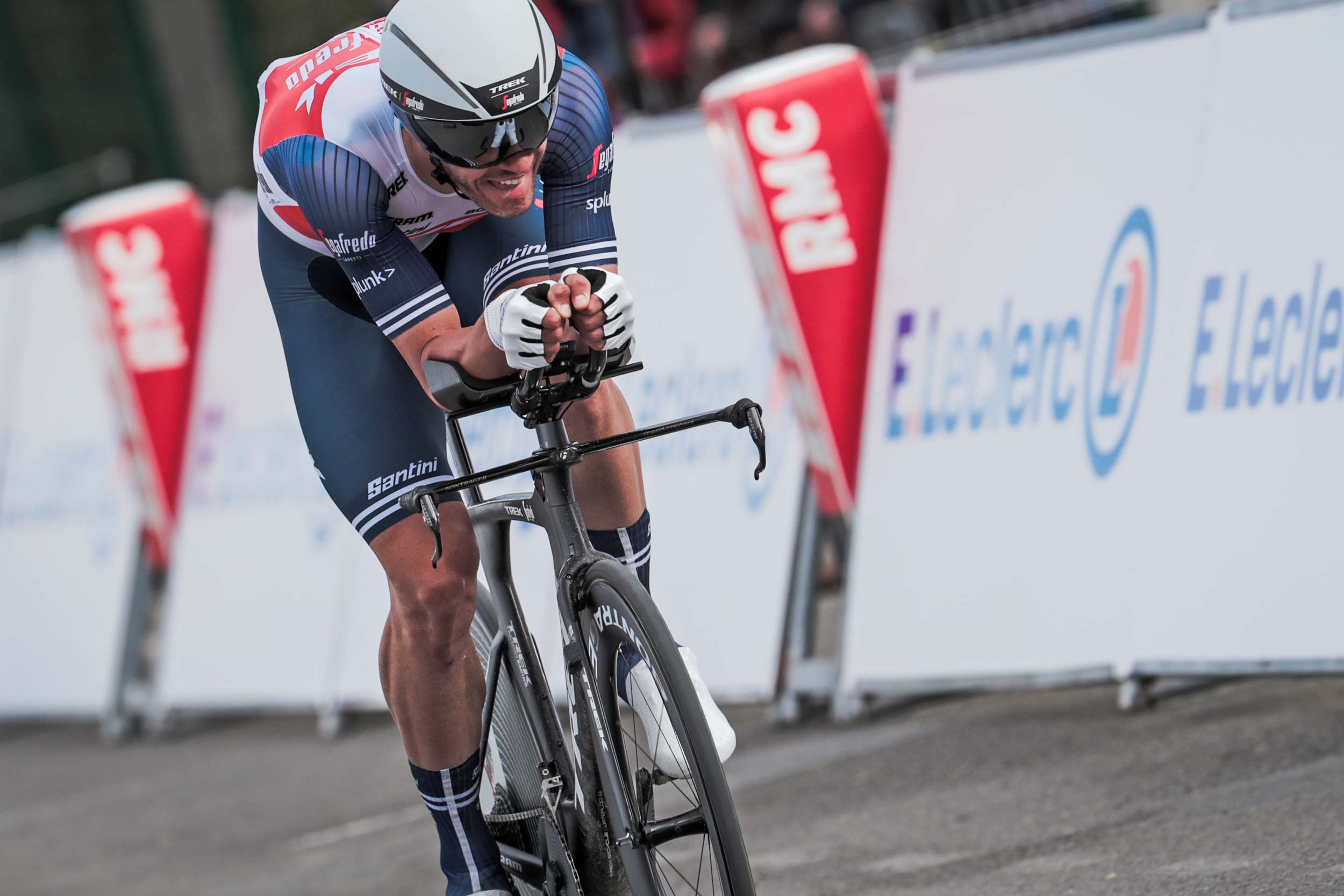 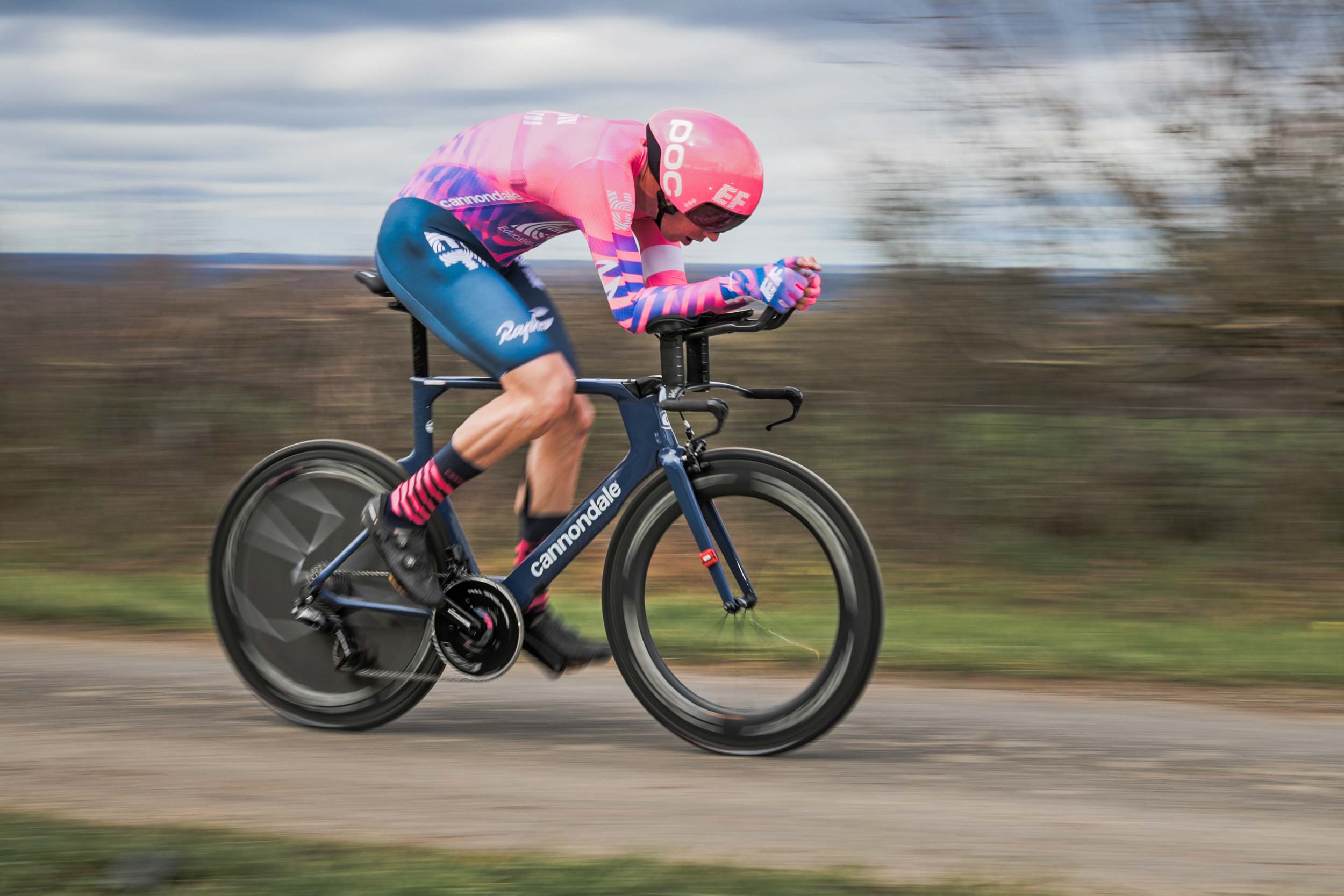 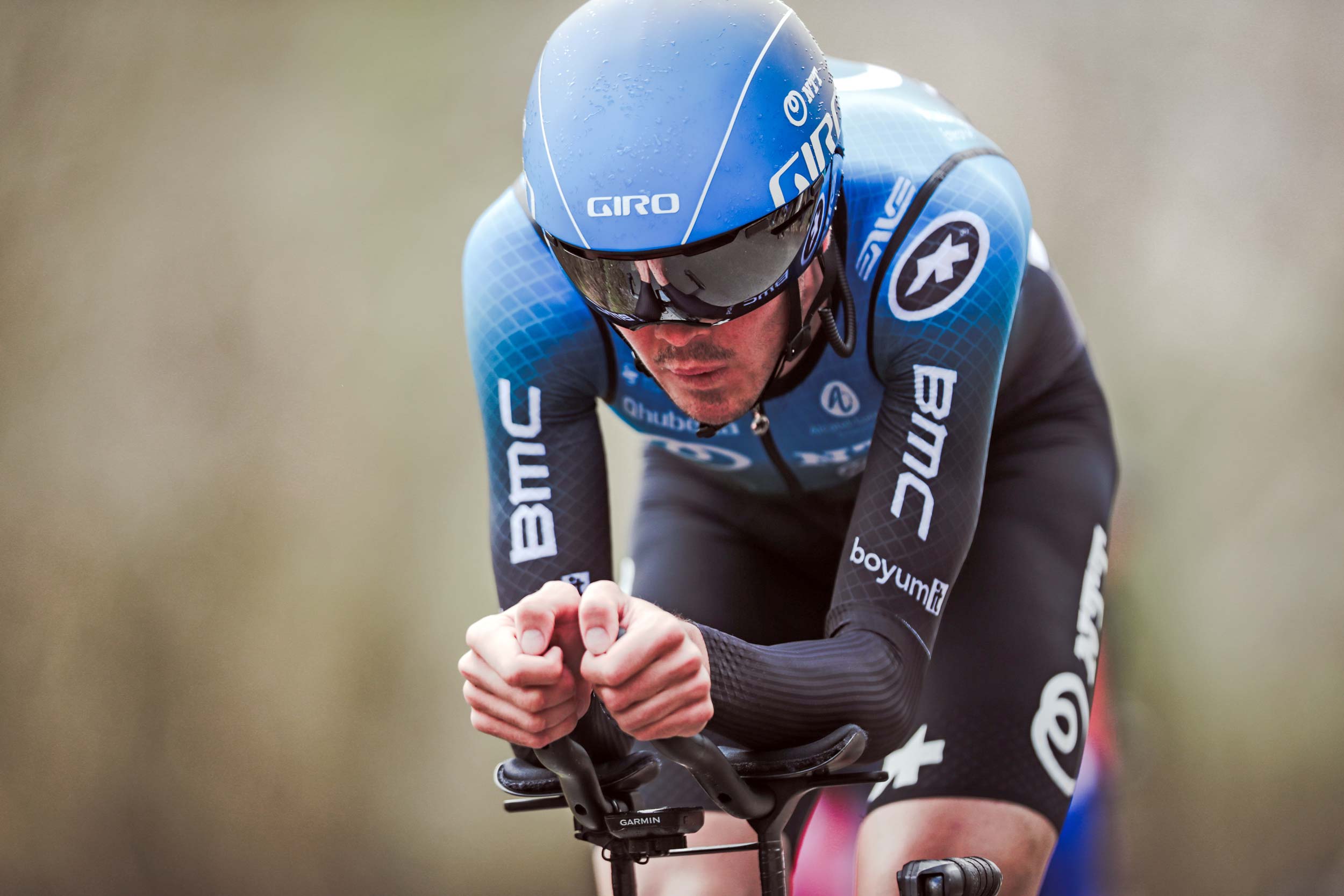 Ben O’Connor is one of six Australians racing Paris-Nice in 2020.

The winner of the opening stage, Max Schachmann of Bora-Hansgrohe (below) has been consistent, well supported and strong throughout the opening four stages. He tops the GC by 58 seconds after the time trial in Saint-Amand-Montrond.

The #RaceToTheSun concludes in Nice on Sunday. 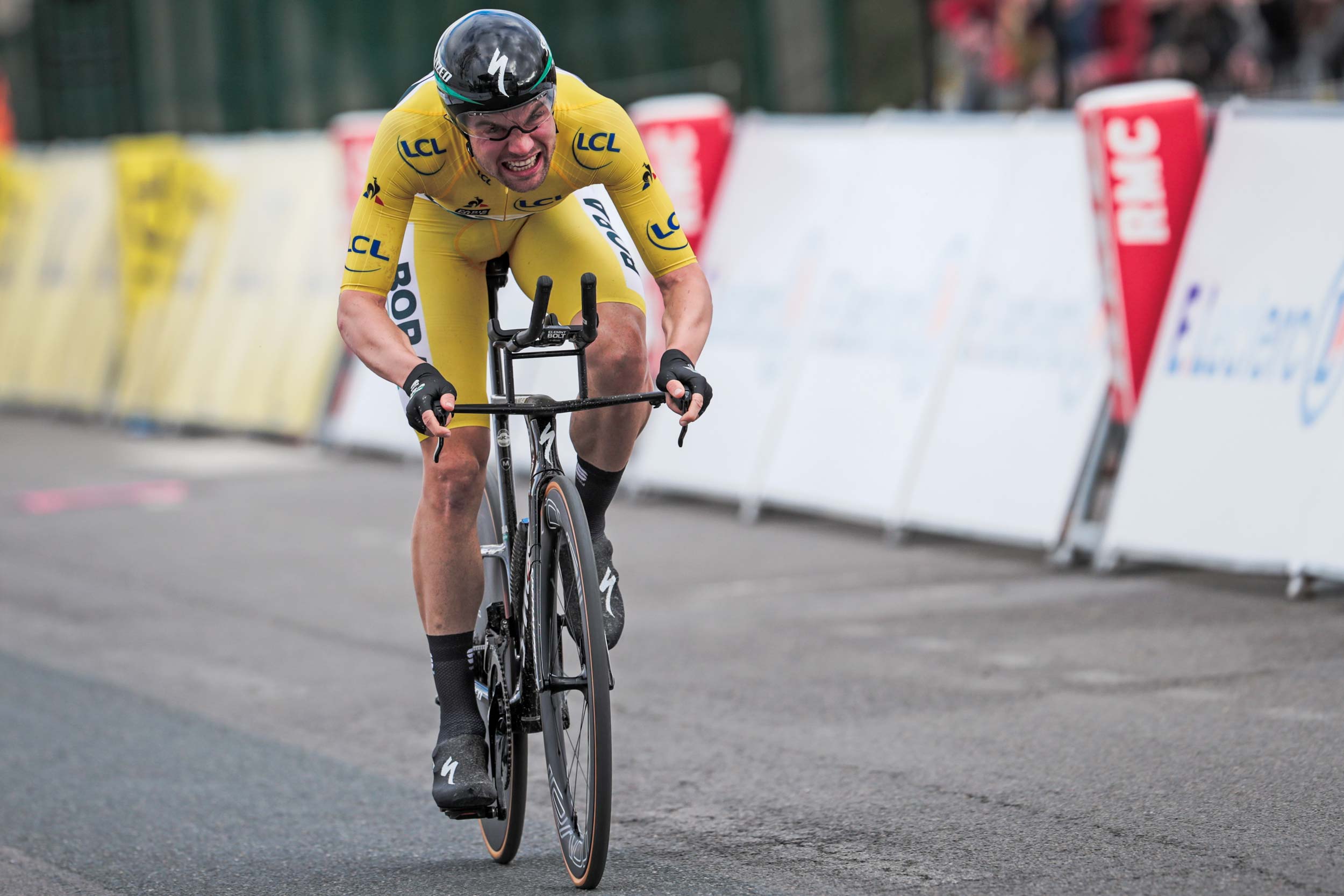