The 2020 Tour de France was delayed by 63 days and then, after 9 stages of racing, the race director became a ‘non-partant’. Christian Prudhomme is out of the red Skoda and in quarantine for at least seven days. In the meantime, his position will be filled by François Lemarchand…

“I learned when I woke up that Christian had tested positive [for COVID-19 on Tuesday morning] and that I had to replace him,” François Lemarchand explained to Philippe Le Gars of L’Equipe. The 59-year-old is now the caretaker director of the Tour de France and, on the afternoon of his first day in the temporary role, he joked about being ready for the job.

“Fortunately,” he said, “I went to the laundry yesterday and my white shirts were ready.”

In Lemarchand’s interview with L’Equipe he explained that he’s grown up in cycling, having raced as a professional before eventually settling into his role as assistant race director with ASO. 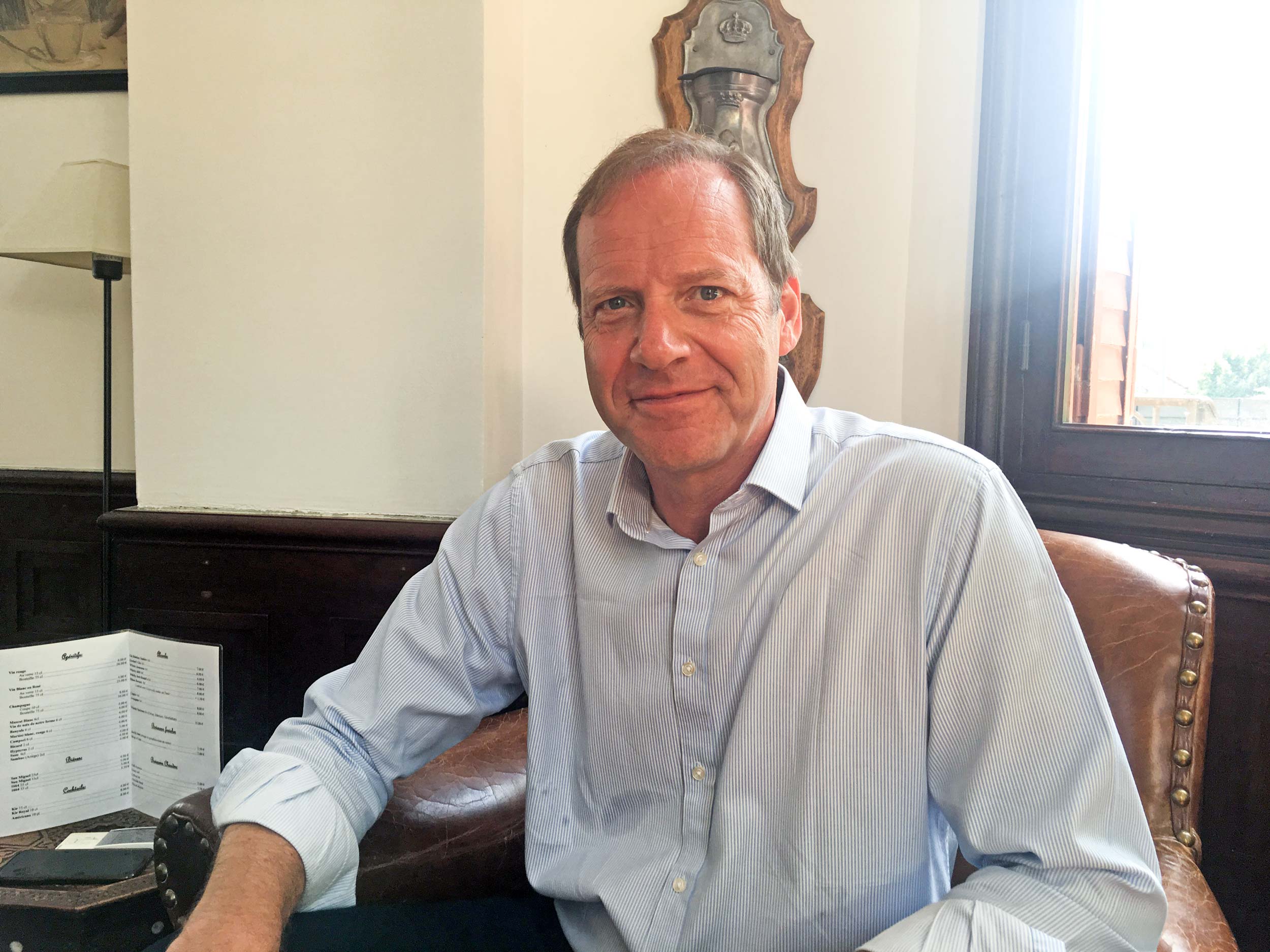 Christian Prudhomme (pictured above in 2019) tested positive for COVID-19 on Tuesday 8 September. He is in quarantine for at least 7 days and, in his absence, the role of Tour Director will be assumed by François Lemarchand.

Lemarchand raced from 1985 to 1997 with the Fagor, Z-Peugeot, Z and Gan teams and even enjoyed success at the Tour de France, riding as a team-mate of Greg LeMond when the American won the Tour in 1990. But, he insists, he was generally more of a loyal team-mate than a winner himself.

After retiring from racing he was uncertain what the future would hold until, at the age of 37, he was approached by the two-time Tour champion Laurent Fignon to help at some races that he organised, Paris-Nice and Paris-Bourges. The two worked together for five years but when his races suffered financial difficulties, Fignon and ASO brokered a deal and his cycling events were eventually bought by the company that also owns the Tour de France.

The colour of the leader’s jersey at Paris-Nice switched from white to yellow, and the company responsible for its running changed, but Lemarchand remained closely involved; essentially, he continued doing the job he did for Fignon, but now he was working for ASO. 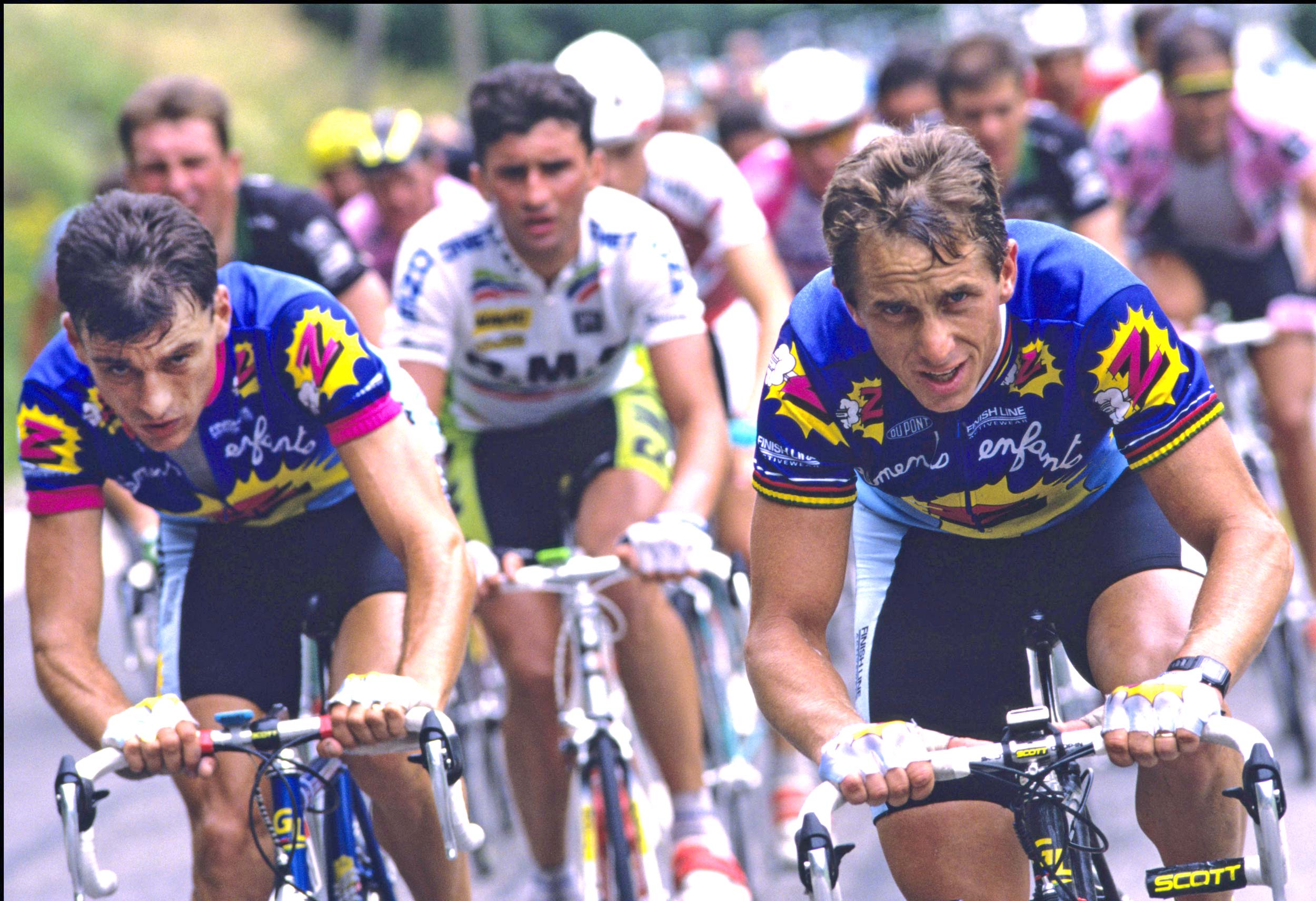 Lemarchand was part of the Z team in 1990 when Greg LeMond won the Tour de France for a third time. (Photo: Graham Watson)

There are six former racers at ASO who share the title of Assistant Director: Lemarchand, along with Cédric Coutouly, Jean-Michel Monin, Gilles Maignan, Jean-Marc Marino, Franck Perque, and Yannick Talabardon.

Meanwhile, one rung higher on the event team ladder is Thierry Gouvenou, with the title of Event Director.

When news about Prudhomme’s positive emerged, the obvious replacement was Lemarchand who is no stranger to sitting in the lead car and directing a large bike race. He does, after all, continue to fulfil this role at Paris-Nice each year – and he understands cycling, as well as the complexities of the French road network.

Still, the caretaker race director recognises the differences between Paris-Nice and the Tour de France. “The Tour de France is a different kind of environment,” Lemarchand told L’Equipe.

“When I saw the list of guests to quote at the start of the stage, it did something to me. I was no longer in the world I’m used to. It’s a long way from being the kid on the tractor at his parents’ farm in Normandy,” he says. “I was in car number-1 of the Tour de France.”

The back seat of the Skoda Enyaq is a privileged position from which to watch the world’s biggest bike race, but Lemarchand’s job is also a stressful one, particularly in 2020 when there are so many additional elements to consider. 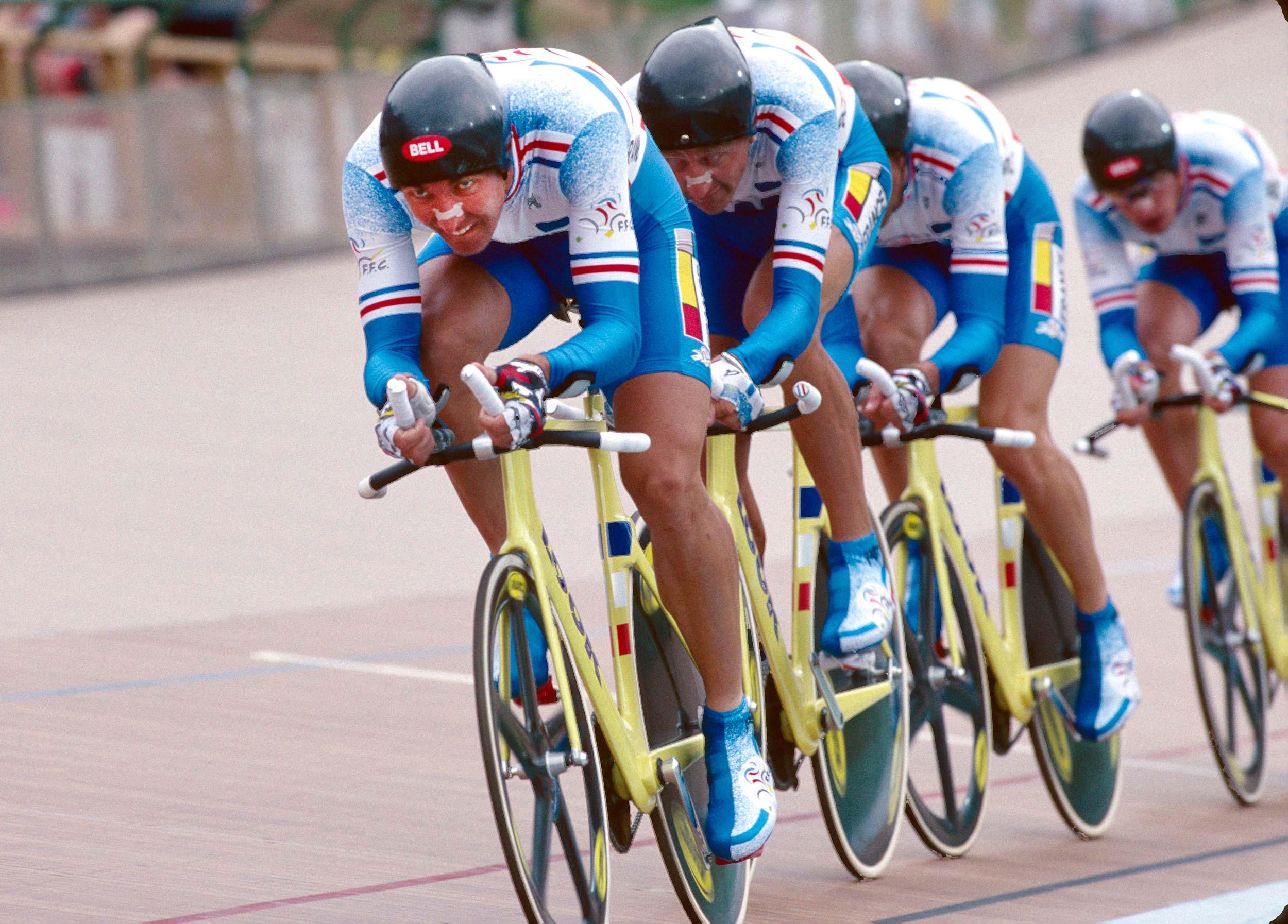 Lemarchand moves from car number-3 for the time Prudhomme is absent from Le Tour and Jean-Michel Monin – usually a ‘regulator’ on a moto during the Tour (and member of the French team that won gold in the team pursuit at the Atlanta Olympics, above) will fulfil the duties usually performed by the caretaker race director. (Photo: Graham Watson)

When Prudhomme was announced as the replacement for Jean-Marie Leblanc 11 years ago, the former journalist and television presenter joked with RIDE Media that he had “accepted a job with plenty of cholesterol”. It was an acknowledgement that, although his main role was to ensure the safe running of a bike race, he would also be required to attend functions on a regular basis.

Part of Prudhomme’s charm is his ability to mix with sport stars and politicians alike. At 59, he’s the same age as Lemarchand but he arrived in the position of Tour Director after years working in the media.

His temporary replacement was raised on a farm, became a cyclist, and then part of the organisation responsible for Le Tour. For the next week, he’ll wave a white flag at the start of the stage and see the race from a different perspective but even he hopes Prudhomme will soon be healthy enough to return to the race.