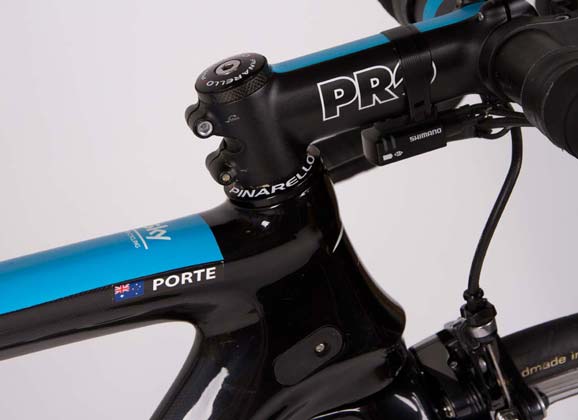 At the end of the 2013 season, Richie Porte was in transit so too was his bike. One of the destinations of the trip that eventually led the Pinarello to Tasmania was Sydney. At RIDE HQ, we photographed the bike that carried him around in the pro peloton for much of what was a most successful year for him. Here is a second instalment of our ‘bikes from the archives’ series.