Team Pursuit – a race for the ages: Italian gold and a result with universal appeal

It was destined to be fast. It was going to be exciting. It was going to be close. But the team pursuit at the Tokyo Olympics became much more than just another bike race. It was a display of power and determination that captivated all corners of globe.

Filippo Ganna. It’s a two-word headline and a race report at the same time. What happened at the Izu velodrome on Wednesday evening, 4 August? Filippo Ganna. That’s what.

Yes, there were others involved and we take nothing away from the brilliant Squadra Azzurra that surpassed all expectations and claimed gold in a thrilling contest. Still, for the sake of this report here is, in alphabetical order, a roll call of the Masters of the Team Pursuit: Simone Consonni (ITA), Filippo Ganna (ITA), Lasse Norman Hansen (DEN), Francesco Lamon (ITA), Niklas Larsen (DEN), Frederik Madsen (DEN), Jonathan Milan (ITA) and Rasmus Pedersen (DEN).

There were eight men speeding around the track last night putting on a display for the ages, all of them superstars of our sport – of world sport – and everyone deserved a gold medal. But only four could stand on the top of the dais, and only one could have done what he did. 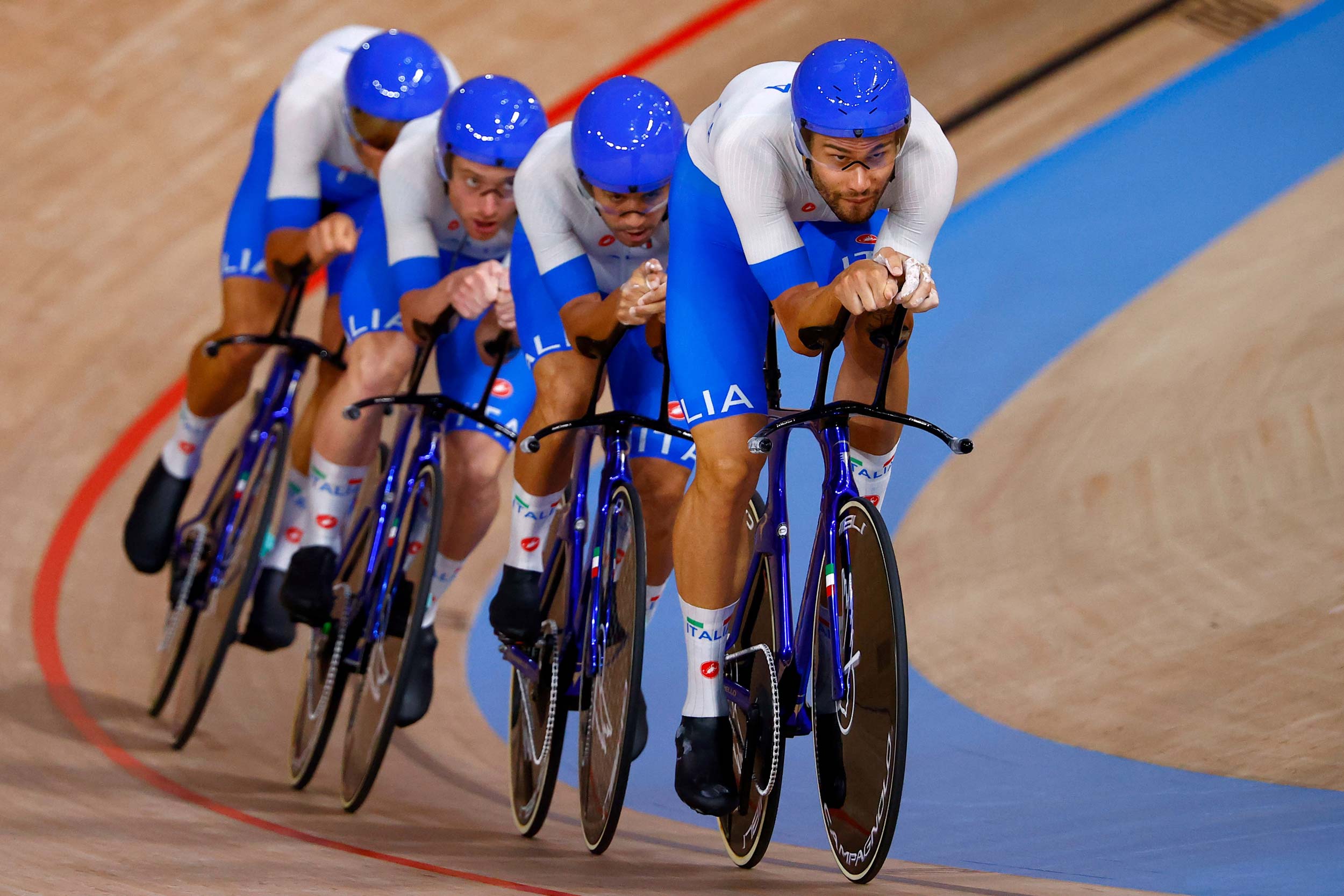 This was a contest with universal appeal, three minutes and forty-two seconds of racing that was a showcase of cycling. The team pursuit is a thing of beauty and, if you’re able, find the replay and watch it again – and again and again… no matter how often you view it, the final of the 4,000m event in Tokyo will never be boring.

The Italians had a plan and although they explain it in detail, it’s easy to summarise: get Ganna to the front… hold on tight – and go!

It wasn’t at all a one-man-show. A team pursuit is about precision and planning and perfecting a sequence of efforts. It’s a victory for a collective, so Consonni, Lamon and Milan all deserve more credit than they get. But right after the race, when people around the world scrambled for their phones and tried to express their emotions, the natural reaction was simply two words that made a great race a glorious one.

There were variations to the spelling and the inclusion of many additional exclamation marks, but the sentiment was the same in any language: “Gaaaannnnnnaaaaaaaa!!!”

If you didn’t type it out after watching, chances are you screamed it when the race was happening. Ganna. Simply: wow! 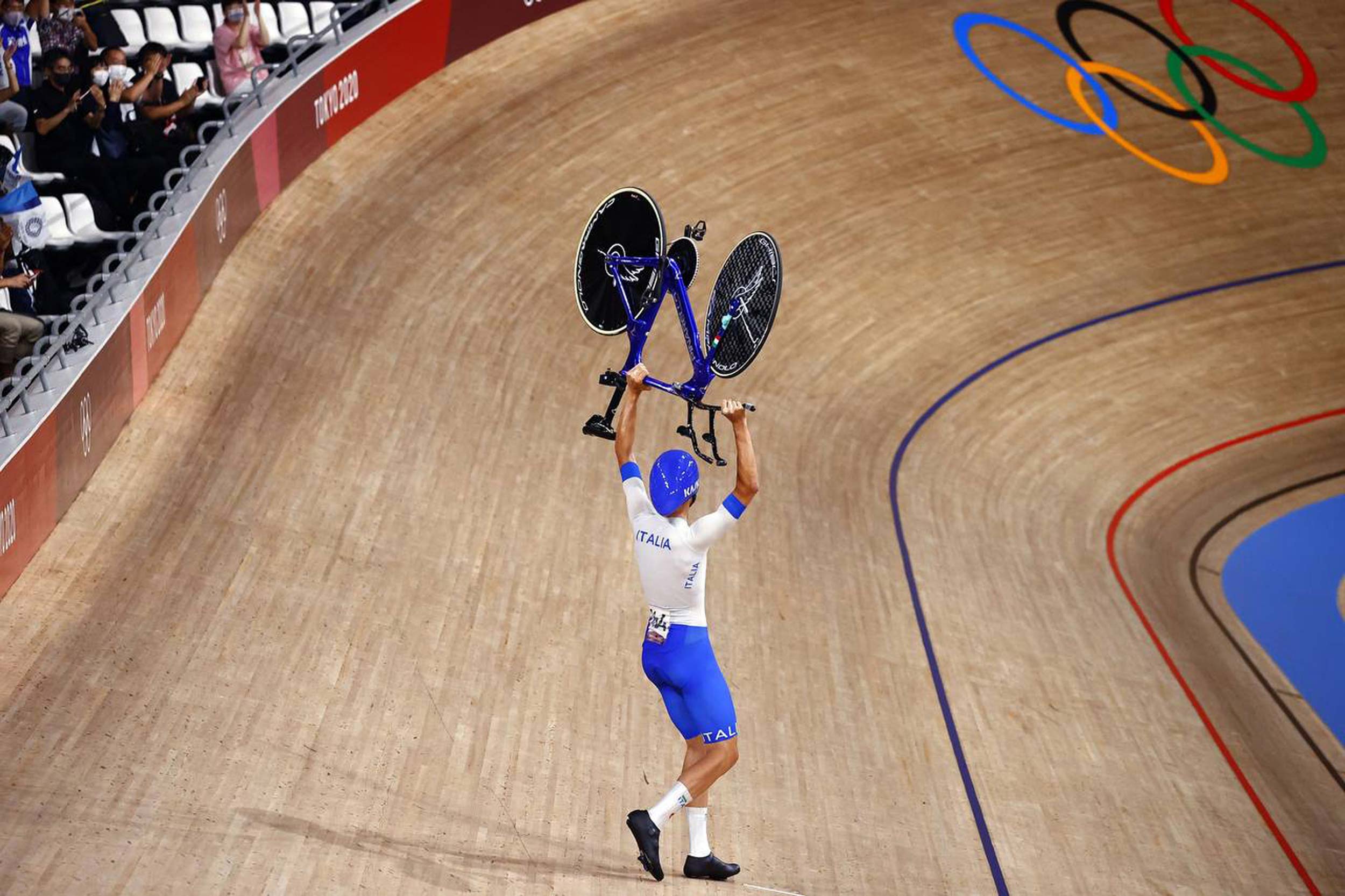 Moments before racing got underway the UCI tweeted a poll:

What do you prefer watching? 👇#Tokyo2020 | #CyclingTrack | #Olympics

Filippo Ganna blurs the line. The team pursuit is indeed a test of endurance. It is also a display of speed and power. And at the speeds the Italians and Danes raced last night – setting an average of 64.856km/h and 64.807, respectively – this endurance event became a sprint. 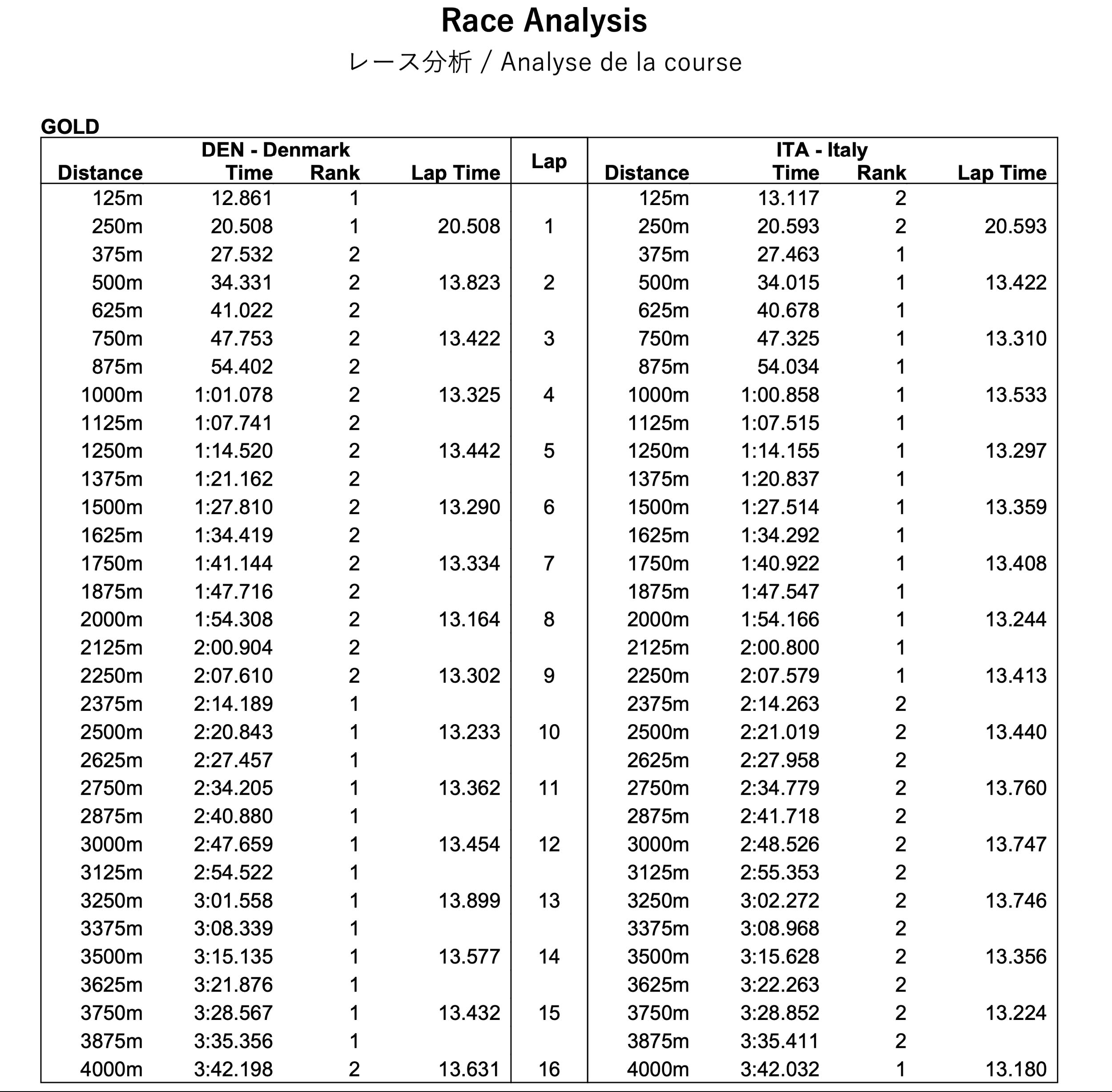 When it came to the crunch, there was one rider who sealed the deal. Filippo Ganna, right at the end, up to top speed and into history.

It is a race to remember. But already there is speculation about what could happen next. The team pursuit continues to evolve and, now that they’ve raced a 3:42, there are plenty of people wondering if 3:40 is within reach. Or what about 3:39…? Etc.

It might be confusing. It might be done with one gear and on bikes that not everyone can relate to. But the team pursuit is a thing of beauty and, at the Olympics, it always conjures an epic contest.

In time, the Danish team will be able to look back on their three minutes and forty-two seconds and realise how close they came to victory. They’ll surely do so with a sense of accomplishment but before that emotion comes to the fore, they are likely to have the gobsmacked expression many of us still wear, hours after the event.

What happened in Izu was remarkable. It was shocking and it happened so quickly that it does seem like a blur, but it did happen, and it is something that everyone who follows cycling can celebrate. It was a victory for Italy, but everyone got something out of it.

There’s a thrill that comes with The Perfect Race, and it knocks down borders because people from all nations can admire something so beautiful, something so fast, something so wonderfully executed. The Italians won the race, and the world cheered. 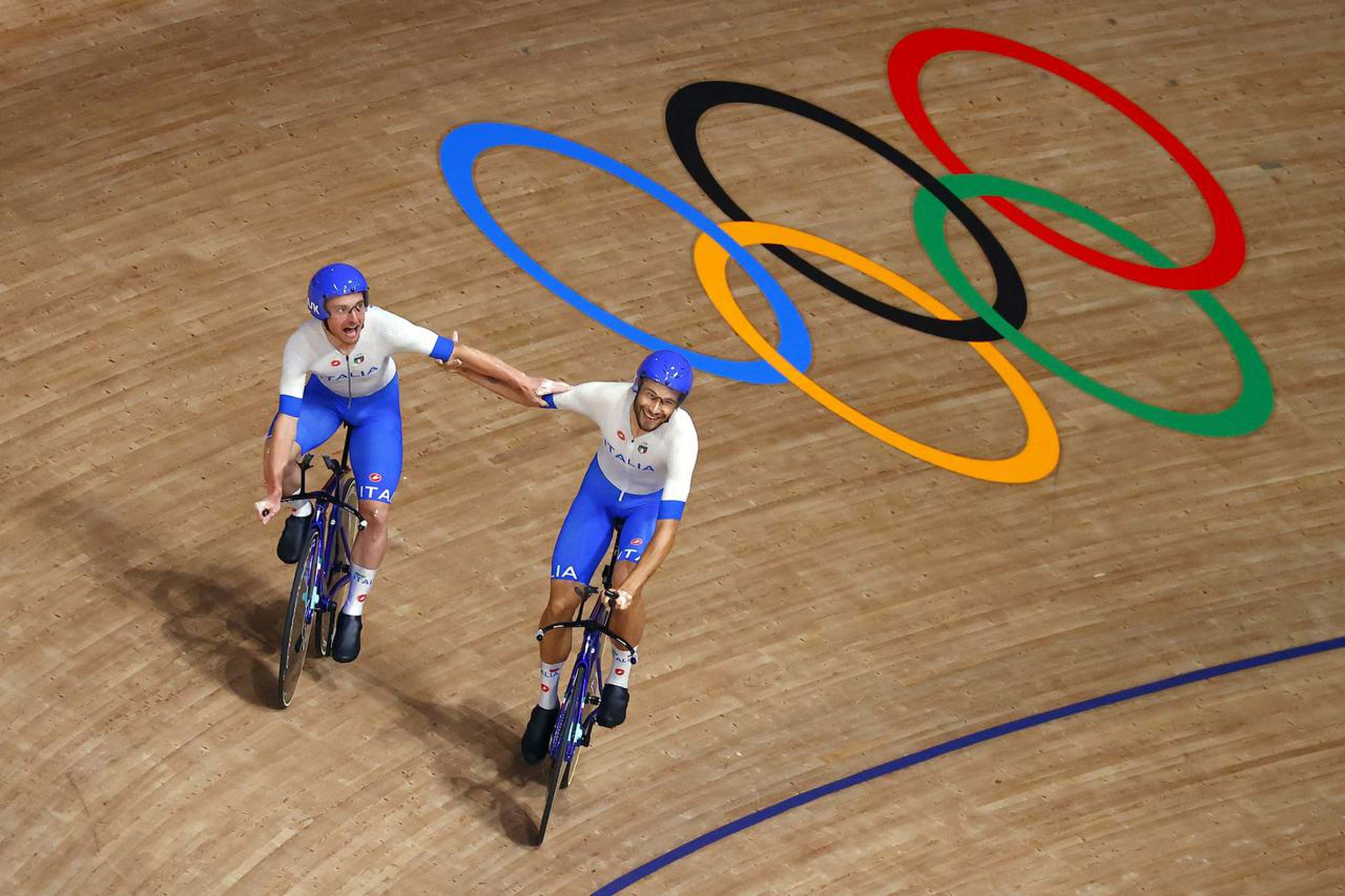