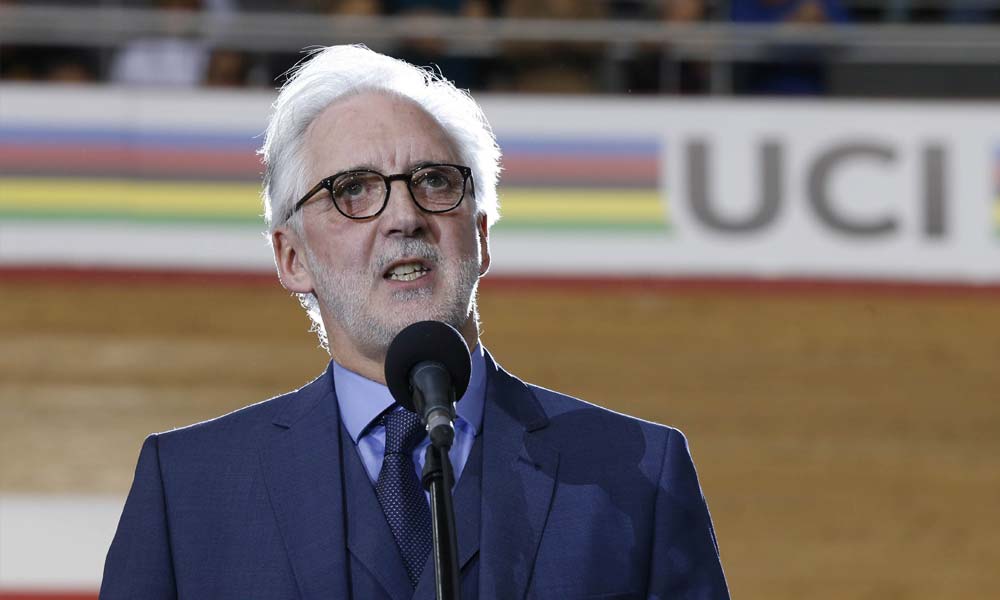 The fall of Brian Cookson

The election of a new UCI president happened last week. It didn’t generate earn nearly as much commentary as the change four years earlier. Is that simply because Brian Cookson lacked panache? Or are people just bored with sporting politics?

“The thing is that Brian thought he could run the UCI like he did British Cycling. Which is to say that he would go to a few meetings and then delegate to others and let them run it. You can’t do that at the UCI, the president’s job is quite specific and needs a different kind of leadership.” Since the man speaking was former UCI President Pat McQuaid, you have to assume he has some idea what he is talking about.

The UCI’s top job requires strong leadership – whether or not you agree with the direction of travel or the leadership offered is neither here nor there when it comes to considering McQuaid’s observation. Yet the canny Irish operator predicted as early as summer 2016 that Cookson would be a one-term president of the UCI and that, furthermore, he would lose by a significant margin.

This was no retrospective ‘wise-after-the-fact’ gloss on affairs, rather McQuaid had spoken to the AFP news agency’s experienced cycling correspondent Jean Montois and predicted the autumn massacre months before.

“McQuaid said that Lapartient had it in the bag and that he would win by a lot,” said Montois, admitting that he had been rather bemused at the Irishman’s confident clairvoyance.

McQuaid smiles when asked to explain. “Five members at the executive were not happy at the way the UCI was being led, they felt that there was too much power in the hands of Martin Gibbs and they told Brian that he needed to show more leadership.

“For example, on his election he spent more time with the CIRC report and chasing Hein Verbruggen than he did setting up the various commissions and selecting members for them – he left that to Martin Gibbs. [Cookson] didn’t take charge of the UCI the way the president needs to, like I said, it is not the same job as being president of British Cycling.”

Montois’ observations back-up McQuaid’s analysis. “Any time you called up the UCI looking for clarification or an explanation for something,” said the Frenchman, “you never got a straight answer, you never got a quick answer – it was always, ‘Oh, we’ll have to think about it’, or ‘We’ll get back to you’. It did feel that there was a lack of real leadership.”

McQuaid continues, “It wasn’t like there was a sudden change in support for Brian – it wasn’t like it was ever close in the run-up to the election. Senior members of the executive had asked Brian to change his style, to take more control. He was given a chance to change and, when it was clear that he wasn’t going to, those senior members decided that there had to be a change and that a new president was required.”

The notion that somehow the various British Cycling imbroglios put paid to Cookson was discounted both by McQuaid and Montois.

“Nobody at the UCI paid much attention to that,” said Montois, “it wasn’t an issue, it didn’t cost Cookson votes, it really was down to a lack of leadership on his part.”

Talking while sheltering under a Irish national team easy-up at the world championships in Bergen, McQuaid is still a man who people stop and shake hands with – ex-pro Gerard Rué and Italian national manager Davide Cassani to name but two – McQuaid was, and remains, more of a networker and a politician than the man who replaced him.

In the end, the lack of that essential politicians skill also helped bring Cookson’s presidency to what seemed like a surprise end.

Cookson is, in fact, the first President of the UCI to serve only one four-year term.

“When you saw Brian at events he was almost always on his own, with his rucksack over his shoulder, never really talking to people and you need to do that.”

Lack of the leadership style required at the UCI and a dearth of political skills were, in the end, what cost Cookson his presidency. This was not, as some suggested, old European nations reclaiming what was ‘theirs’ and neither was it blow-back from British Cycling’s recent troubles; rather, Cookson’s troubles were of his own making.

Whether the president-elect David Lappartient has the vision and the political smarts to re-energise the UCI remains to be seen, but anyone who can win an election by 37 votes to eight clearly knows how to work a room…