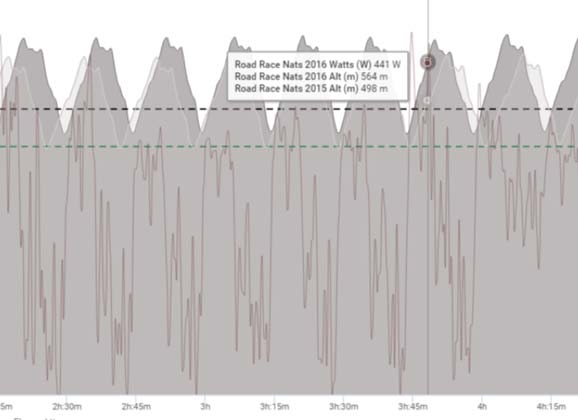 The power of Pat Lane: 3rd in the national championships

Last year we featured a review of one of the riders who was capable of attacking in the finale of the Australian championship road race. Pat Lane is now with the Avanti-IsoWhey team and he was third in the race in Buninyong in 2016. RIDE asked his coach Mark Fenner to summarise some of the stats from the race won by Jack Bobridge. 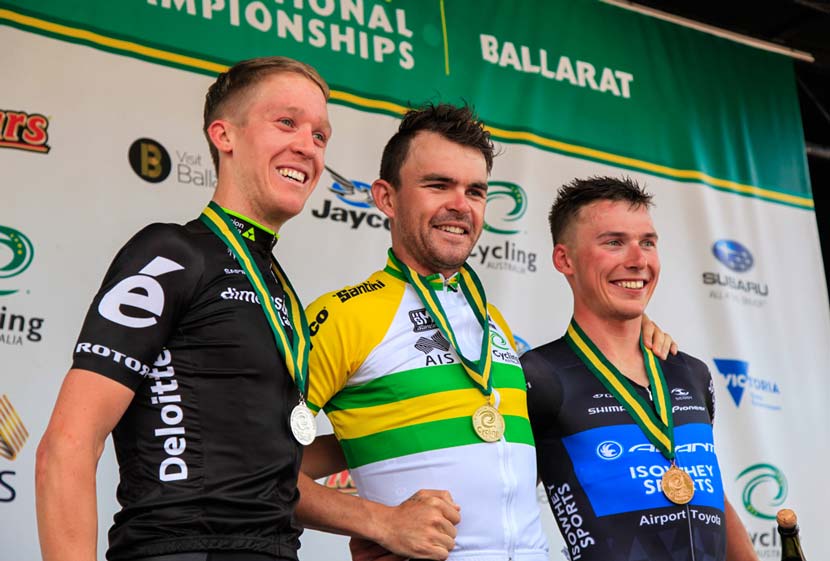 Okay, so what does it take to finish on the podium in one of the toughest Australian championship road races in many years? The day when the field of 132 starters was reduced to just 15 finishers and the truly hard men of Aussie road racing came out to play to conquer the mighty Mount Buninyong circuit. Using Today’s Plan to analyse and breakdown the ride it is possible to delve deep into the actual demands of the race and to uncover just what it takes to race the best in the world.

Pat Lane produced an outstanding ride on the day to attack the diminished main group of riders and go in pursuit of Cam Meyer and Rohan Dennis who were themselves looking to catch the amazing Jack Bobridge.

Lane closed down on the two WorldTour riders who were working together.

The Avanti-IsoWhey rider’s ascent of Mount Buninyong on lap 15 was completed in five minutes and 39 seconds at an average of 377 watts. This represents an incredible 6.5 watts/kg.

This effort dramatically reduced the gap and, from the team car, we could see the riders in front as we approached the next climb. Pat continued to hold some amazing power and the 16th time up the climb he again held 345 watts and 6 watts/kg. By the top of this climb Rohan was only just in front and Pat quickly closed the gap. The two riders worked together over the flatter top section of the course.

With two laps to go Rohan had cracked after pulling some great turns and Pat forged on completing the final two climbs at 320 watts and 5.5 watts/kg.

Below are Pat Lane’s race files from the nationals of 2015 and 2016, showing altitude. The darker shaded areas represent the 2016 race and it can be clearly seen that the first 11 laps were a little slower than in 2015.

On the 12 lap however the pace went on and the final seven laps were all faster. 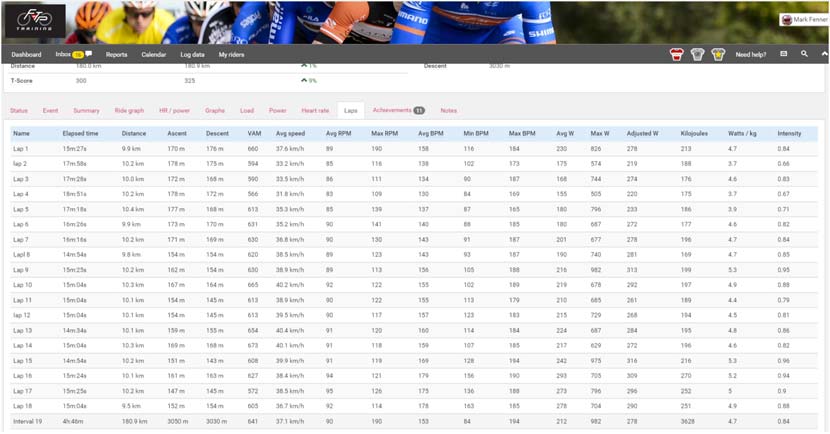