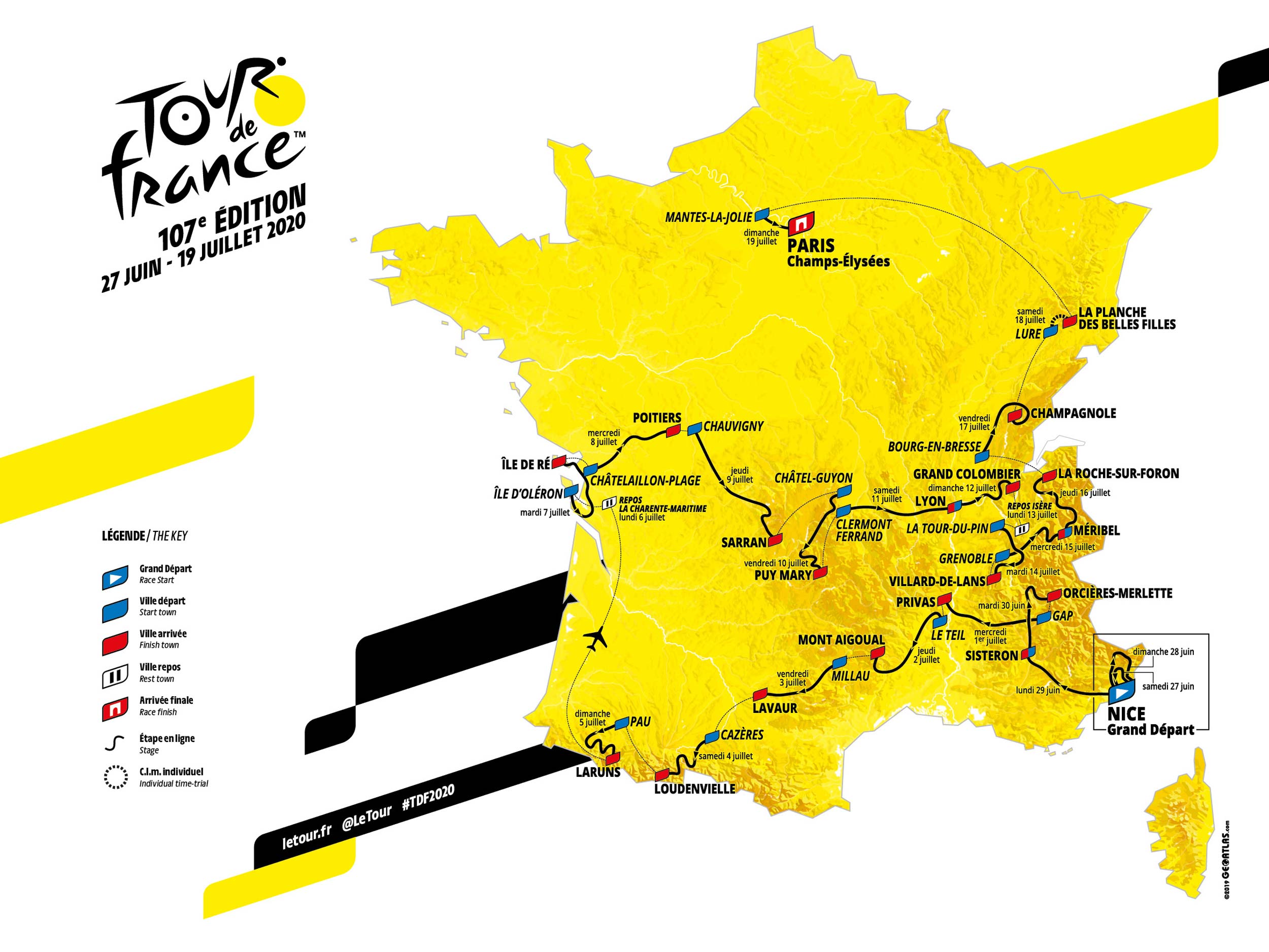 We now know where the 107th Tour de France will go, but we won’t be certain of who the champion will be until the very end of the 2020 race…

“It’s the most important cycling race in the world, but it’s much more than that.”

The director of the Tour de France, Christian Prudhomme, recognises the significance of where the race goes. Together with his team of planners from ASO, Thierry Gouvenou key amongst them, he has presented innovative courses for the race since he formally took over from Jean-Marie Leblanc in 2007.

The two Frenchman shared responsibilities for the confused Tour of 2006 and since then it’s been Prudhomme at the helm. And for the past 12 years, we’ve seen regular changes to the notion of what a “traditional” Tour route was once considered to be. 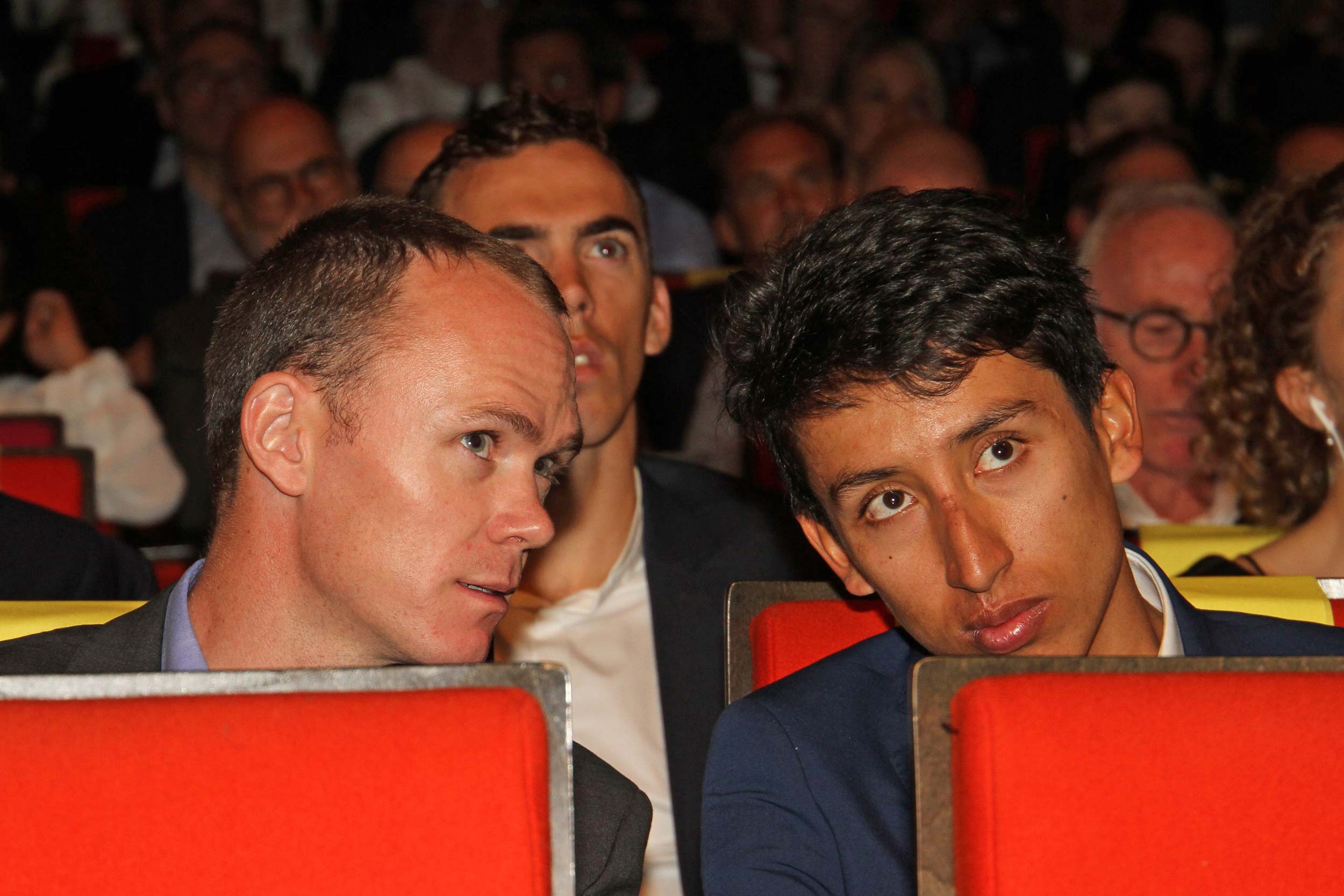 Gone are the epic, long stages that were so much of a feature the Leblanc years. Instead we see a little bit of daring in the planning, a bravado that is made possible by the support Prudhomme and co receive from local planning departments.

It was, remember, as recently as 2012 that La Planche des Belles Filles made its debut on the itinerary. It was beautiful then – and it has played a significant role in the narrative each time it has been chosen as the site of a stage finish since.

In 2019, the challenging climb was extended, a dirt road added, and a spectacular stage was the result.

He is passionate about the Tour and intent on trying to conjure the best possible racing scenario. His desire, during the planning phase, is to find terrain that contributes to the excitement, rather than just steering the peloton from one town to another day after day for three weeks. 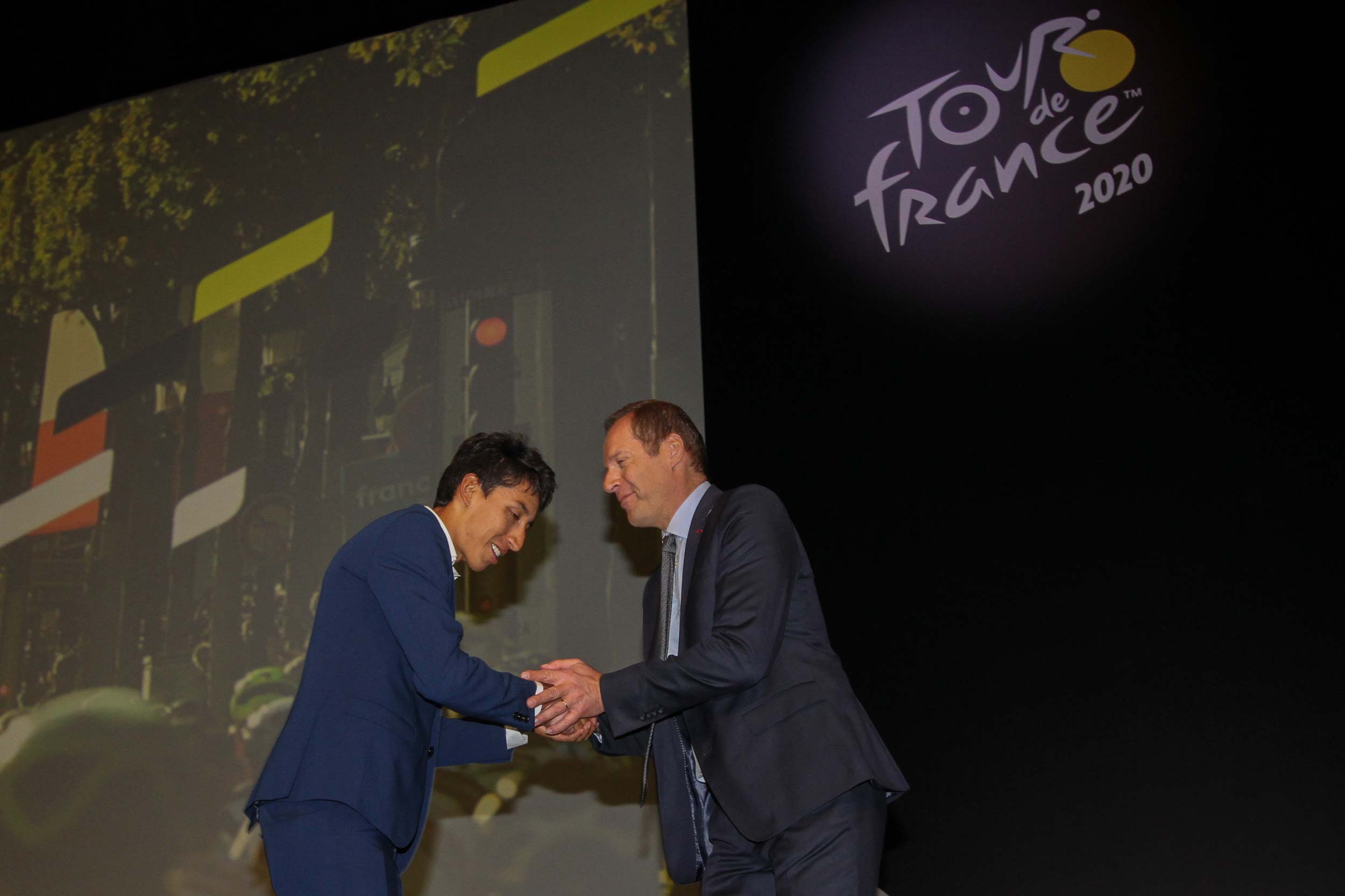 Prudhomme’s tone when talking about the race in 2019 reminds us that, as well as being a clever politician with a history in the media, he remains a fan of cycling.

When talking about the sixth stage of the 106th Tour, when the Tour visited ‘La Planche’ for the fourth time, he gushes with enthusiasm about the contest. “You see a rider and you think he’s good or not good, but there is only 25 seconds between them. And that’s very good.

“On the finish line at La Planche des Belles Filles, you had three riders within two seconds: Geraint Thomas – wow! Thibaut Pinot – ooh! And Julian Alaphilippe with his yellow jersey…”

As he talks, it’s clear he’s already considering what’s yet to come. The race was good in 2019 – one of the best editions in years, they say. But the hope is, as always, to maintain the suspense through to the end. 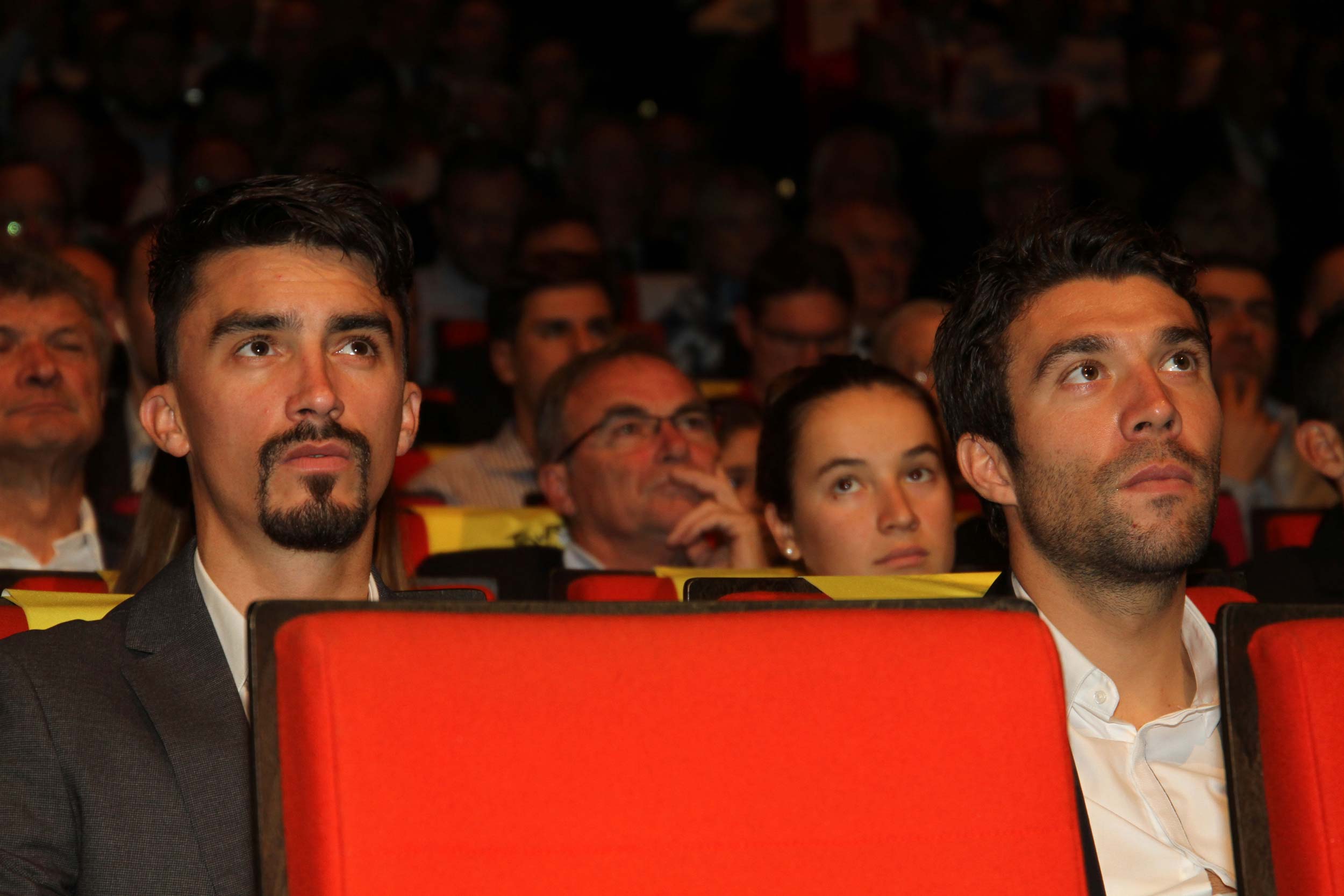 Julian Alaphilippe and Thibaut Pinot, two of the stars of the 2019 Tour – and two riders who will now be considering their chances for the yellow jersey of 2020. (Photo: Thomas Colpaert)

Create the setting for great racing

“La Planche des Belles Filles is only possible because the politicians from the region(s) love cycling and love the Tour,” Prudhomme points out carefully. “Without ‘Mr K’ – Yves Krattinger (Président du Conseil général of the Haute-Saône) – it would have been impossible. He is the guy who, seven years ago, said to us: ‘Yes, it’s possible. I agree. We will do some works to have a finish line…’ And he did it. It was not that easy for him.”

In return for that innovation in advance of the 2012 Tour, Prudhomme has rewarded Mr K with another visit to the climb that is quickly becoming part of Tour folklore.

Alas, no dirt. Not this time.

The white road that created such a spectacle in 2019 will be absent from the TT next July but the gradient combined with a race against the clock – instead of man-against-man as it has been in 2012, 2014, 2017 and 2019 – is likely to cause a shake-up in the overall standings.

Could it be that the lead changes on the eve of the arrival in Paris? Yes.

It’s the Tour, anything is possible.

Australian fans will fondly remember the last time this happened: 2011, what a year it was. Cadel Evans, second in the penultimate stage, a TT starting and finishing in Grenoble. Remember? Oh man, he was so fast, he got air (without planning to jump) as he raced over speedbumps and confirmed his status as a star of his generation.

Tough as that time trial was, it pales in comparison to what was presented in Paris overnight: the penultimate stage in 2020 reaches gradients of 20 percent!

Build a lead and defend it

The end suggests an exciting finale but the 2020 Tour doesn’t necessarily come with the same tagline that we’ve come to expect over the years: “one for the climbers” – it’s a common catchcry, one that seems to get fans rubbing their hands together in anticipation while also making the riders anxious.

But there will also be more chances for disruption. 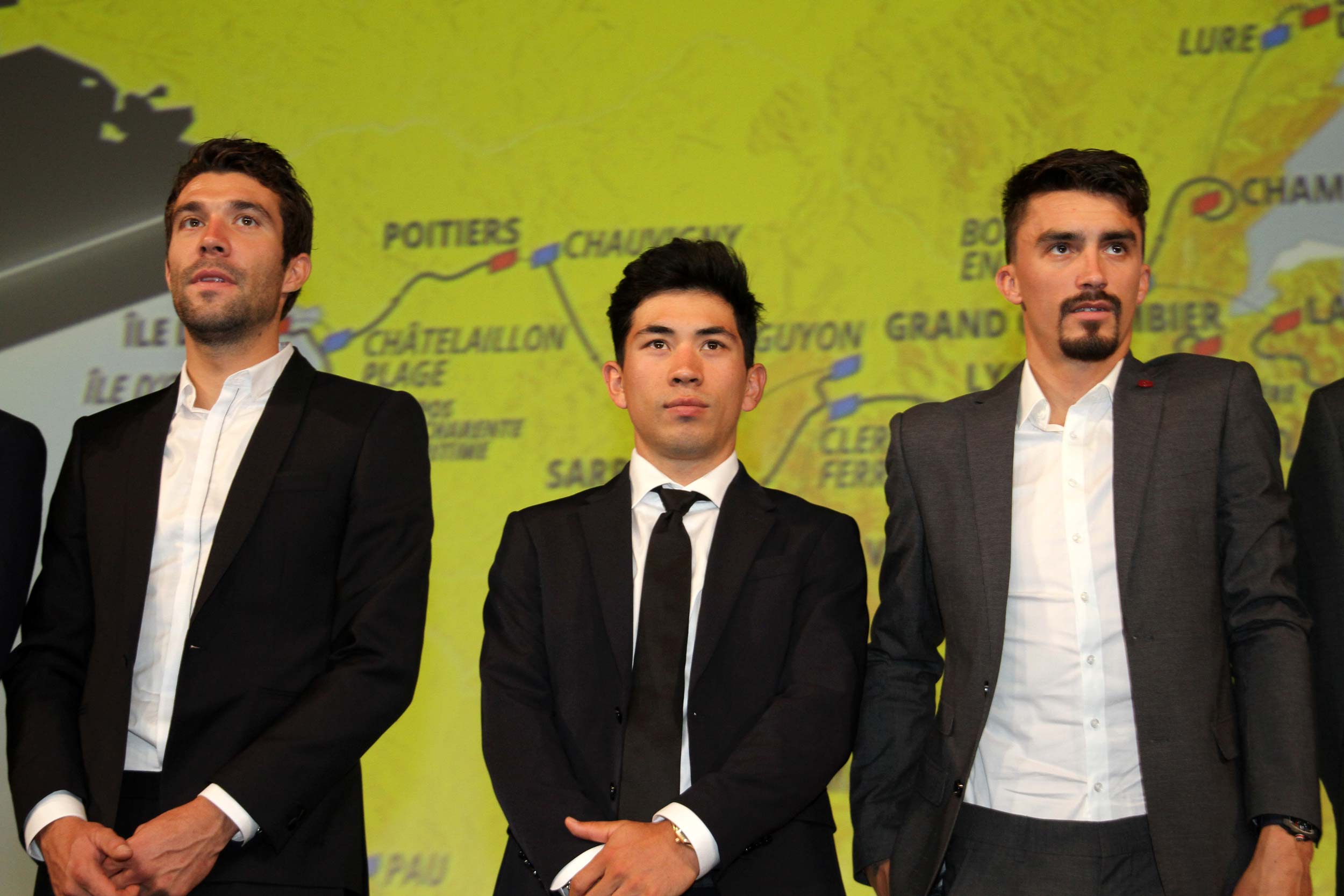 Australian sprinter, Caleb Ewan – winner of three stages of the 2019 Tour – was at the presentation in Paris. (Photo:Thomas Colpaert)

It’s a route that gradually zigzags up towards the north after a southern start.

From Nice to an interesting rendezvous at Orcières-Merlette as early as stage four, the route teases us with its close proximity to the Alps before sneaking back towards the south and two stages in the Pyrenees on the second weekend.

Then comes a transfer, a rest day, and a couple of flat days on the coast and a stage from Île d’Oléron to Île de Ré Saint-Martin-de-Ré.

After a seaport beginning it’s a return to seafood on the Atlantic coast before setting off for the Cantal, a department that made its debut in the Tour as recently as 2004. Stage finishes at Sarran and atop the Puy Mary are followed by a return to Lyon (and the associated gastronomic delights of France’s third-largest city).

By now, it’s the third week of the Tour and the Alps lie on the horizon.

To win, time gains are necessary at every opportunity. And yet – no matter the dominance of one rider (or, as we’ve become accustomed since 2012, one team) – there’ll be a question in the back of everyone’s mind. What about La Planche?

Racing for victory: who will it be?

The yellow jersey was uncertain for much of the 2019 Tour. At the start of the final week, even Prudhomme had no clue about who the champion would be – and that confusion pleased him immensely.

There was anticipation and excitement and intrigue and… a mudslide and an unprecedented scenario. As obtuse as it was, it is also the stuff of legend.

Who will forget the scene of Egan Bernal being told to pull over, to stop his attack, to cease racing… to accept that he was the new leader of the Tour de France? What a scene! It was a first (and likely the last): a new yellow jersey wearer without a stage winner being decided.

That was 2019. We now know where they’ll go in 2020… and the planning is already underway for riders and teams (and many others associated with the race).

Knowing where it’ll go is one thing but guessing what will unfold is all part of the game from now until Saturday 27 June 2020 when the 107th Tour begins… then it’s a three-week race to Paris over a mix of terrain, to plenty of new locations, with numerous challenges and a good dose of mystery.

NOTE: RIDE Media has published the Official Tour de France Guide (Australian edition) since 2003. Pre-orders will be available online well in advance of the race.