Tour de France postponement: is the race of 2020 a realistic option?

At midday in Europe on 15 April 2020, a series of releases were issued outlining dramatic changes to the UCI’s competition calendar. In a season that has been heavily compromised, there remains hope that major pro cycling events will be contested despite the pandemic.

The Tour de France takes precedence over other road races in planning for a compromised season by the UCI and other cycling stakeholders. The logic is simple and explained in the release issued by the sport’s governing body yesterday.

“Holding this event in the best conditions possible,” the UCI says of the Tour de France, “is judged essential given its central place in cycling’s economy and its exposure.”

It is sentiment shared by many teams, riders, fans, and even other race organisers.

A decision may have been made and accords reached by many involved in pro cycling – and it is an encouraging sign of a return to some degree of pre-2020 normality – but nothing is certain when it comes to the effects of the COVID-19 pandemic.

The delay of the Tour, by 63 days – with a new start date of 29 August, rather than 27 June – will change the dynamic of the race that’s traditionally contested during the summer holiday period.

The summer school holidays in France are scheduled to run from 6 July to 28 August 2020, with a return to lessons on Monday 31 August.

Traditional learning was halted in mid-March when a lockdown was imposed in France, but on Monday 13 April, President Emmanuel Macron announced his government’s intentions to ease restrictions starting 11 May. The aim is for schools to reopen gradually, while other aspects of life in France will remain subject to heavy restrictions through to mid-July.

Ultimately, it was Macron’s speech that forced ASO and the UCI to make statements about the prospect of the Tour de France (and other bike races) going ahead in 2020.

The 15 May announcement originally scheduled by ASO was scrapped and cycling’s powerbrokers are devising alternatives that continue to be formalised… including the staging of the world championships (on the original dates in late-September) immediately after the Tour de France, followed by the Giro d’Italia, Vuelta a España and even rescheduled spring Classics that the UCI now hopes will be contested in autumn (although the dates are yet to be confirmed).

There are myriad assumptions being made in deciding when and how major bike races will be contested; at the heart is an expectation that the effects of COVID-19 will slowly begin to dissipate.

The announcement provides relief because a decision has been made about the future of racing in 2020, but most reactions also carried a caveat: while sport is important, good health and safe conditions must take precedent.

A bike race is a complex beast. There is no stadium for this competition. The road is long, and it is an enormous logistical challenge to ensure safe racing conditions for an event the magnitude of the Tour de France.

The threat of terrorism already changed the aesthetic of races like the Tour de France in recent years, with far greater security measures being introduced after the Bataclan attacks in November 2015.

The changes are only going to be more dramatic if racing is, in fact, able to resume at the end of August after months of lockdown.

The Tour director, Christian Prudhomme, had ruled out the prospect of a racing “huis clos” – behind closed doors. But in interviews given after the announcement of the proposed date changes, he admits that limitations are likely even if he has the support of the government and, crucially, local leaders in the various departments that the Tour of 2020 is expected to visit.

Crowd numbers are destined to be down: no school holidays being the least of the concerns when compared with the obvious measures required to limit possible infection.

The impact on TV ratings will be fascinating should the Tour de France go ahead at a later date, not only because it will be compelling to see how riders have managed their form over this lockdown period, but because there’s the prospect of sport returning to our screens after an extraordinary hiatus.

“The excitement, and all [that] the Tour represents, will certainly offer an extraordinary momentum to move ahead,” says Vincent Lavenu of the AG2R La Mondiale team. “With the UEFA Euro 2020 and the Olympic Games being postponed, this will certainly be the biggest sporting event organised this year.”

That is true… should it transpire that the race can indeed go ahead.

The real question is: can it actually happen?

No one has the definitive answer and it is logical to be cynical.

If the IOC and FIFA and the NBA and NFL have all capitulated and made dramatic alterations to major competitions, why are ASO and the UCI so confident that cycling can resume as early as they suggest?

The death toll of COVID-19 continues to rise and the impact on France and the French health system is overwhelming in April. There’s politically driven optimism that things will abate in May but also recognition that lockdowns will be necessary through to at least mid-July.

Should life return to normal by August – and there’s little to suggest this will actually be the case – is the best course of action to host a major bike race that spans three weeks and zigzags its way across a nation heavily impacted by a pandemic?

On 15 April alone, the day of the Tour postponement announcement, the death toll in France rose by another 1,438! That’s almost twice the tally of the previous day (762) and an obvious sign that the health system isn’t coping, or that existing, tight lockdown measures aren’t slowing the spread.

There are almost 100,000 confirmed COVID-19 cases in France alone and this is only going to grow in the coming weeks, even if there is a tiny hint that efforts to flatten the curve are slowly having an impact.

The Tour is the Tour. It’s a common expression that suggests it is an entirely different beast to all other bike races, or even all other sporting events. It holds a special place in the cycling realm and there is universal recognition that it is the biggest race of all.

There is heritage and history. It is a cultural reference point and it has become a truly global commodity, an event that captures the attention of cycling enthusiasts and casual observers alike.

It has returned from two pauses in the past, when World Wars forced the cancellation of 10 editions in total. It has survived significant scandals and even prospered since the extent of doping in the pro peloton was revealed with dramatic scenes over the past 25 years.

The Tour is, no doubt, a special event that captures our imagination and lures us in, but is it so special that it can overcome something that has changed the world so dramatically in a few short months?

We wait with interest to see what unfolds. If all goes according to the plans announced overnight, then cycling in 2020 could create a precedent of a sport returning from the devastation of the pandemic.

This is a year when change has been forced upon everyone. The cycling world has dared to dream of a return to some degree of normalcy and measures are being undertaken to try and get the wheels of competition turning again after an unprecedented hiatus.

We have a compromised calendar and a schedule that – in theory only, at this time – seems like it might have some merit. In 2020, however, the only thing that’s certain is that nothing is certain. Similarly, obviously: without hope, everything is rather hopeless.

For now, there’s something for riders to aim for, something to prompt teams into action, something that gives those involved in pro cycling a sense of purpose. If that helps keep the peloton rolling through 2020 and staves off a sense of hopelessness, then it achieves a goal even before racing resumes. 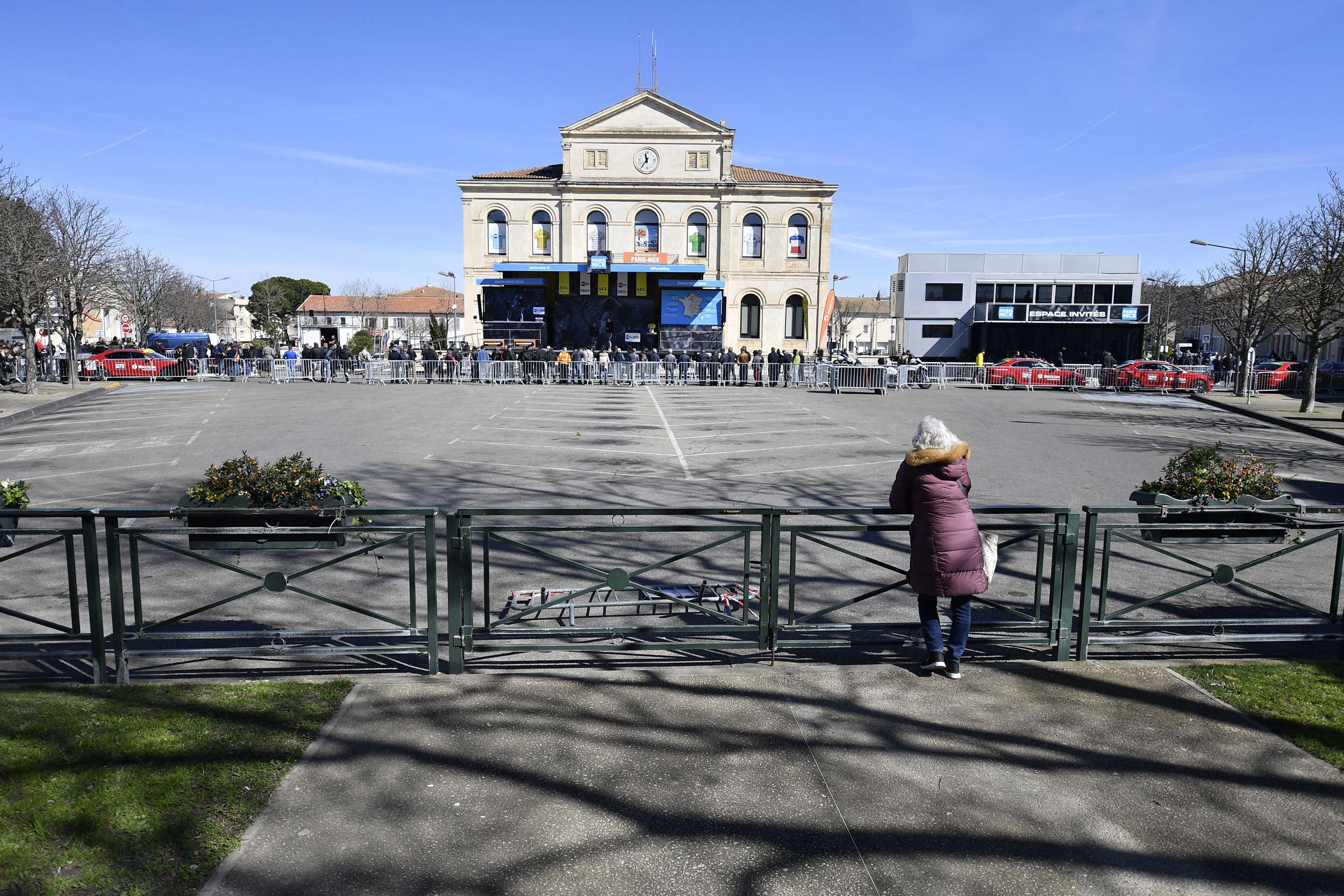 Following the President’s address on Monday evening, where large-scale events were banned in France until mid-July as a part of the fight against the spread of COVID-19, the organisers of the Tour de France, in agreement with the Union Cycliste Internationale (UCI), have decided to postpone the Tour de France to Saturday 29th August to Sunday 20th September 2020.

Initially scheduled to take place from the 27th June to the 19th July, the Tour de France will follow the same route, with no changes, from Nice to Paris.

Over the last few weeks, there has been constant communication between riders, teams, the organisers as well as other relevant third parties all with the support of the UCI, who are responsible for arranging a new global cycling schedule, in which the Tour de France takes pride of place.

The organisers of the Tour de France are in regular contact with and have reached agreement with all of the different parties involved, from the local communities to the public authorities.

We would like to thank all of cycling’s stakeholders, the Tour de France’s partners, its broadcasters as well as all of the local authorities for their reactivity and their support. We all hope that the 2020 Tour de France will help to turn the page on the difficult period that we are currently experiencing.

At a video conference meeting organised today by the Union Cycliste Internationale (UCI) in the context of the current coronavirus pandemic, which saw the participation of all the principal representatives of professional road cycling’s families – organisers (AIOCC, and leaders of ASO, RCS, Unipublic and Flanders Classics), teams (AIGCP) and riders (CPA) –, several decisions concerning the revision of the 2020 UCI International Road Calendar were unanimously agreed by the different parties concerned:

The UCI, in parallel and in close collaboration with the different parties concerned, continues its work to be able to announce, on 15 May 2020 at the latest, a revised version of the UCI Women’s WorldTour calendar and a new version of the entire UCI International Calendar (men’s and women’s races across all cycling disciplines). This calendar will nevertheless remain dependant on the world health situation.

Moreover, the UCI is pleased with the agreement signed yesterday by the UCI, the CPA and the AIGCP, all three represented in the ad hoc working group established by our Federation, concerning the framework that will enable teams that find themselves in serious financial difficulty to take measures necessary for their survival, while preserving the rights of their riders and staff in this uncertain context. This agreement is testimony to the sense of responsibility of cycling’s different players in a period where unity is essential to limiting as far as possible the negative effects of the crisis.

The UCI President David Lappartient declared: “I would like to pay tribute to the representatives of the organisers, teams and riders for their collaboration and their commitment in these difficult times. We still have work to do to finalise the establishment of an entirely revised 2020 UCI International Calendar given the coronavirus pandemic that has shaken the world, but a first very important step has been taken today. Likewise, we have established a framework that will allow the fundamental rights of teams’ riders and staff to be preserved, while enabling the measures necessary for the survival of these teams to be taken. Together, we will manage to get through this crisis and rebuild cycling post-Covid-19.”