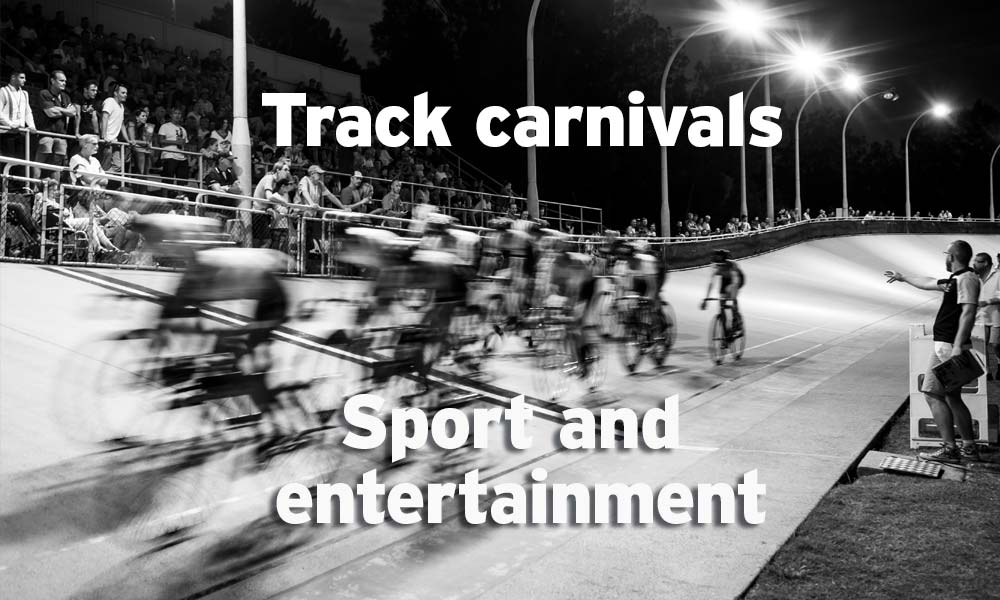 A glut of racing is about to take place on velodromes around the country. If your club is putting on a carnival, please let us know what’s on offer.

From 22 December 2018 to 19 January 2019 there will be 10 race days in Tasmania that form the basis of the famous ‘Tassie Christmas Carnivals’. This is an annual cycling tradition and racers from around the country will compete for gloating rights and some good prize money, and they’ll do so in front of knowledgeable and appreciative crowds.

Australian cycling has a long history of summer racing and track cycling is a key element of the sporting entertainment mix.

The 10 events on our island state lure in riders and spectators to regional hubs and there’s a feast of bike racing to enjoy in Rosebery, Westbury, Launceston, Latrobe, Devonport, Ulverstone, Burnie, Hobart and St Helens. (See below for a summary of the race dates.)

You’ll be able to see some of the riders who smashed the team pursuit world record earlier this year and a host of other cycling stars, and understand the speed and endurance of these amazing athletes.

Kelland O’Brien, Alex Porter and Sam Welsford are just some of the big-name starters in the Tasmania carnivals and they’ll race against a cast of local and foreign riders in a series that includes racing on Boxing Day, New Year’s Eve and New Year’s Day. 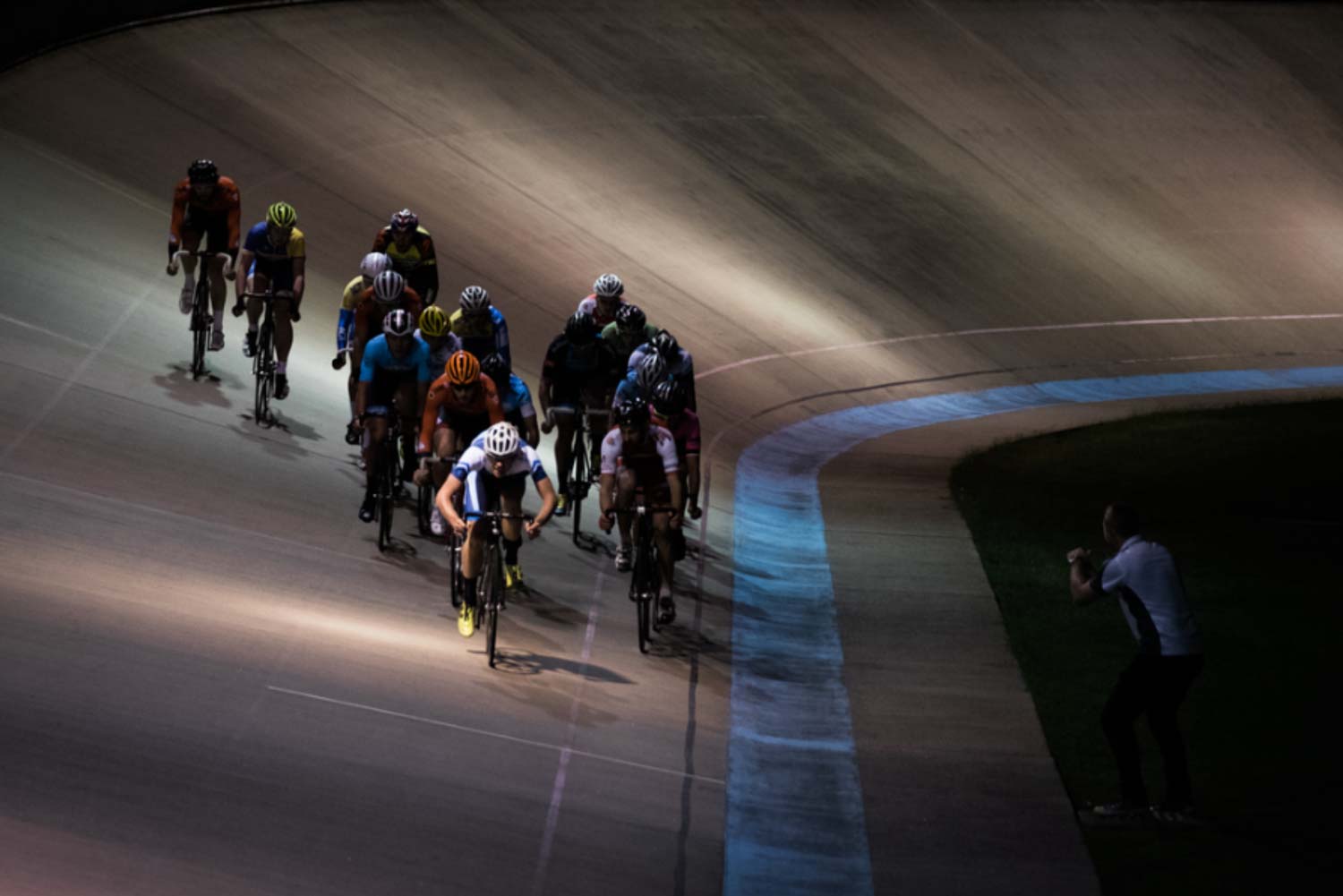 Phill Bates, a veteran race promoter and cycling aficionado, recently lamented the lack of interested that track cycling generates in his home town of Sydney. At the heart of his commentary is the reality that Australia has a long history of producing successful cyclists, and that track cycling has been a driving force for many conquests… but in recent years the interest in the sport has been on the wane.

When we published his comment piece, however, there was a big reaction with people chiming in with their take on the influence of track racing – good and bad – on the broader cycling community.

Bates suggests that track cycling is a great way to engage club activities but that riders in 2018 are rather complacent about turning up to compete on a velodrome… and that spectators no longer have the chance to see rivalries that ought to attract good crowds.

Still, there will be a flurry of activity on tracks around the country in the coming months and we encourage cycling fans to go along and take a look.

If you haven’t been to a track carnival, treat yourself. Take the family, maybe pack a picnic, settle into your seat and enjoy the action!

Beyond the Tassie carnivals…

A regular of the summer track cycling calendar is an event hosted by the club my kids belong to,Dulwich Hill Bicycle Club. Between Christmas and New Year there is a series of racing in Sydney and DHBC hosts one of them on the famous (or is that infamous?) Tempe velodrome not too far from the city.

Take a 333m outdoor concrete track. Put a stage in the centre, add musicians, some amplifiers and a stack of speakers. Lure in Paul Craft and hand the man a microphone.

It’s a simple recipe for a great night of entertainment. Oh yeah, and there’s hours of cycling activity, racing for young and old.

“It’s a great night out for everyone, not just cycling enthusiasts,” said DHBC president, Marc Rerceretnam. “In between the speed and excitement of the races, we’ve got a great funk band to spice things up, plus great food trucks and cold Czech beer.

“For a night of speed and passion, it’s hard to beat.”

Giddy up! Cycling, funk, and beer. Sounds like a good night out. See you there on 28 December? 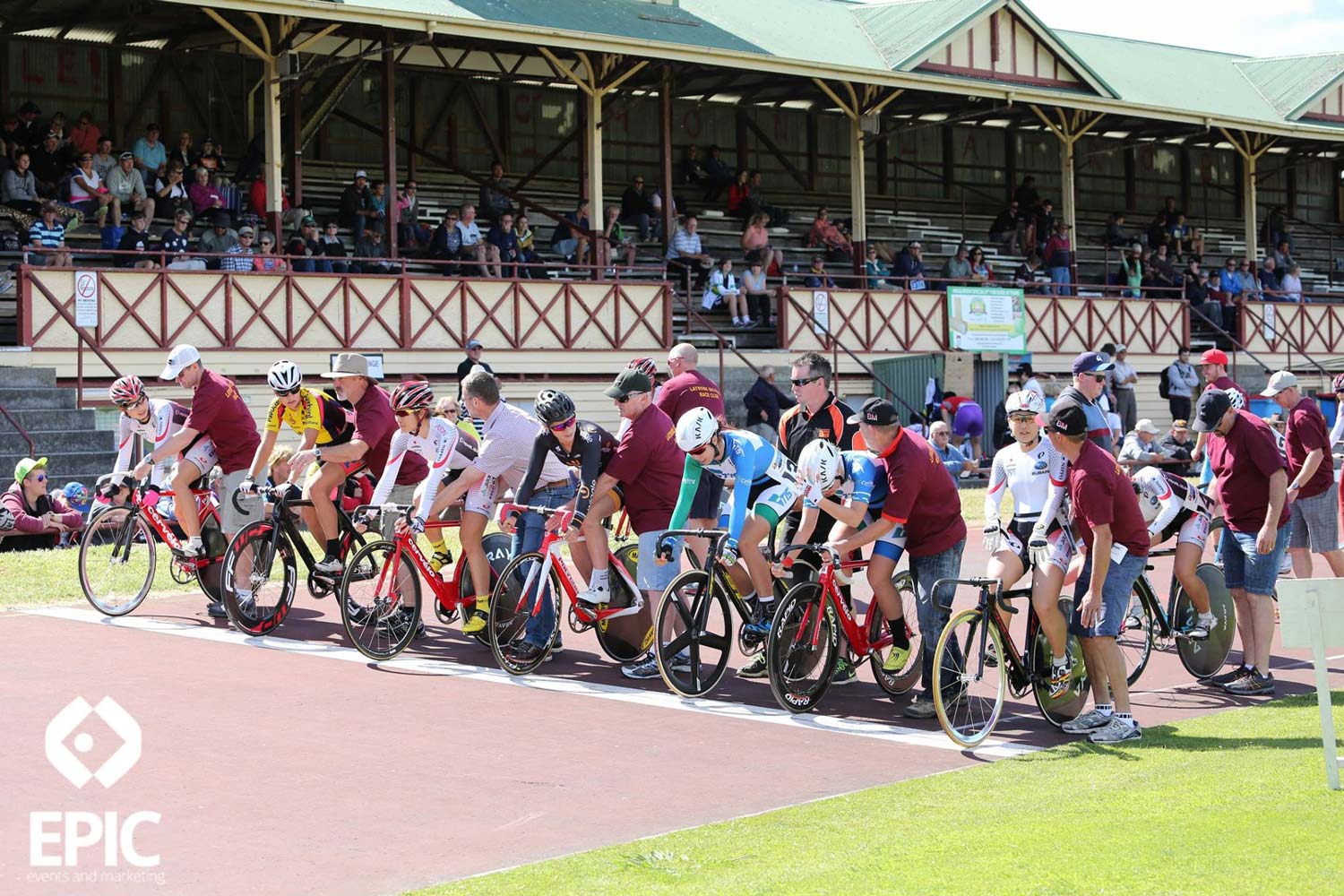 Check out the Sports Carnivals Association of Tasmania Facebook page for more about the Tassie track carnivals (above).

Victoria, always in on the action

It would be remiss to talk about track carnivals and not mention Victorian cycling. According to the locals, this is racing heartland in Australia.

This Saturday, 16 December 2018, the Australian Madison Championships will be contested in Melbourne, on the same velodrome that has hosted the 2004 and 2012 world championships. Located in the city, this is arguably Australian track cycling’s most accessible arena, certainly the one with the biggest potential to draw in large crowds.

If you were there for the worlds, you will understand how exciting the racing can be – and what a great atmosphere can be conjured when rainbow jerseys are up for grabs.

The buzz generated by the racing in 2004 and 2012 hasn’t escaped the eye of international race promoters and the Hisense Arena will also be the site of three great days of racing in February when a new event is contested on the Melbourne boards.

The inaugural (three-day) Melbourne Six Day– we’ll get around to explaining that in another column – will take place from 7-9 February 2019. May we suggest you book your seats early as this is expected to be a sell-out event. Yes, that’s right: a full arena, for cycling, in Australia.

It has happened, and it’ll happen again. Why? Well, because if you build it they will come.

I’ve been a fan of track cycling all my life. It has given me some highlights in a career of watching bike racing. It is a great sport and one that deserves more attention.

As we know, Cycling Australia is investing millions in ensuring ‘our’ athletes are in peak conditions for the major championships of this traditional form of racing and we boast some of the finest riders in the world. They may be Olympic medal prospects but you’ll also be able to see them compete in carnivals around the country this summer.

Take a look around and find some racing near you in the coming weeks and invest a little time in reminding yourself about the beauty of track cycling.

Note: If your club has a carnival coming up this summer, please get in touch and share the details with RIDE Media. We’ll publish a calendar of events and are only too happy to help promote the events as best we can.