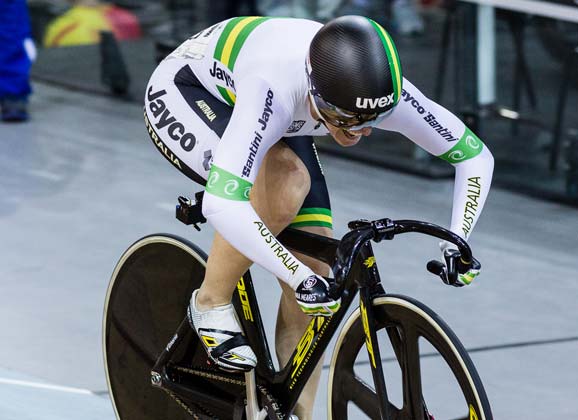 And on the fifth day, it would come to an end. The worlds that began on Wednesday would finish on the Sunday. Depending on your perspective, France ended up on top of the medal tally with five gold medals – including the Madison and men’s sprint on the final night of competition (as well as two bronze) on the Saint-Quentin-En-Yvelines velodrome. The Australian team’s press release states that Australia was best in the tally, with four gold – including the women’s omnium and women’s kern on the final night – as the Aussies also collected four silver and three bronze.

Whatever your take, the old adage returns: track cycling was the winner from the championships that saw huge crowds on hand to witness fabulous racing.

Once again, with thanks to Wei Yuet Wong and Cervélo Australia, we present a gallery of images from the racing.

Click the photo below to begin the slideshow of photos from day five of competition.

Big thanks to Cervélo Australia for their sponsorship of the galleries from France.

Cervélo has grown from the dreams of budding engineers working out of a garage to a company with more engineers than bike models, using the same tools and techniques as the most advanced Formula 1 teams. We are passionate about Track racing and our desire to offer the most advanced and aerodynamic bikes on offer extends to the track specific T4 bike. Cervélo is proud to bring to coverage in association with RIDE Media of the 2015 UCI world track championships in France.