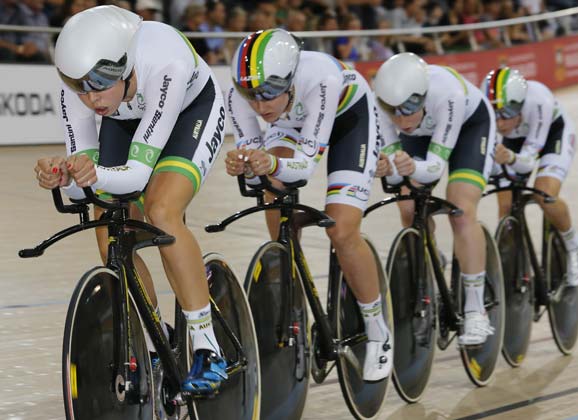 With a few days to go before the highly anticipated team pursuits at the Olympic Games in Rio, the Australian women’s team suffered a blow during its preparations. While training on the velodrome, there was a touch of wheels and a crash involving several riders.

The Australian Olympic Committee recently released a statement on the accident. Here is an overview. 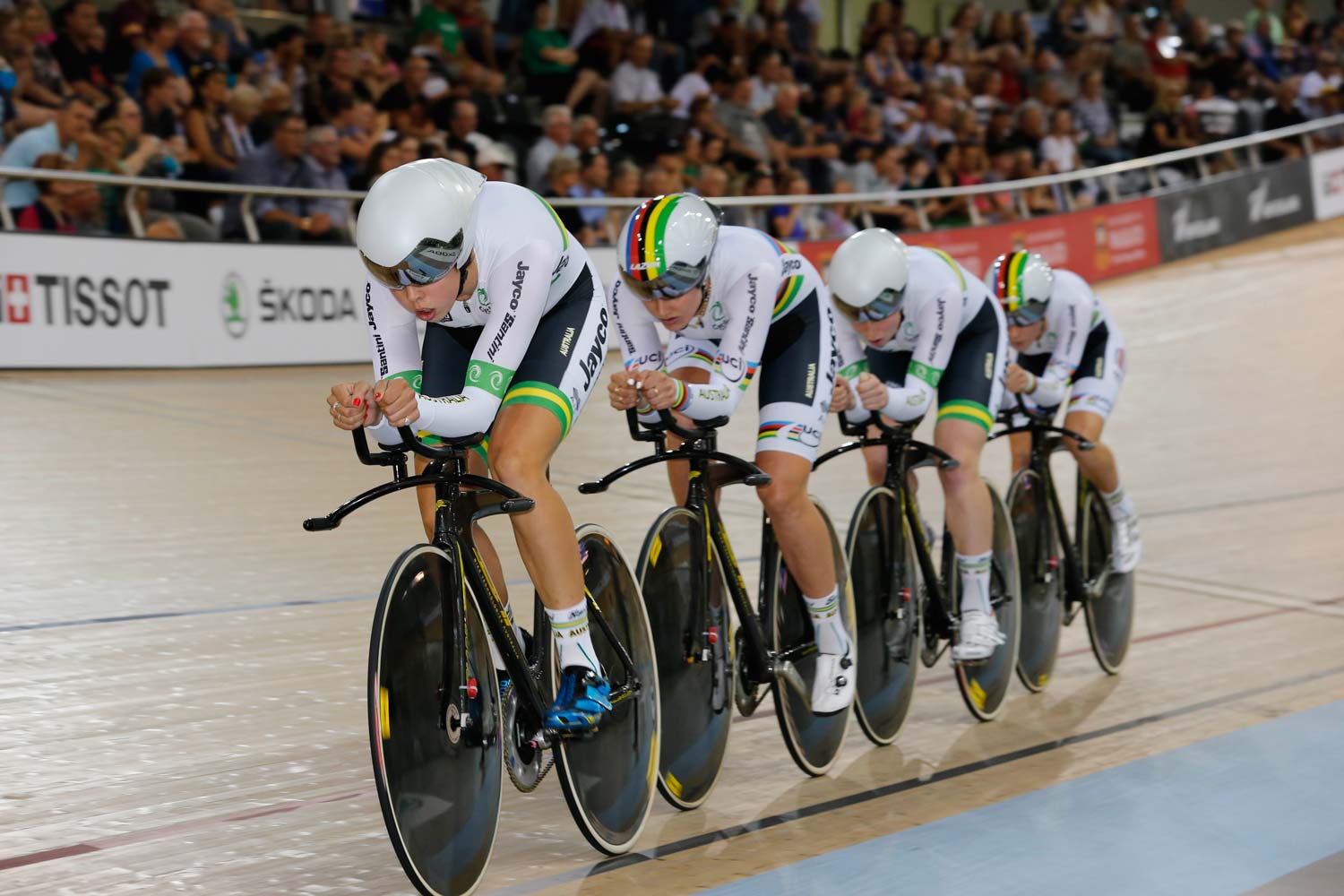 The Australian team were world champions in 2015 with a world record breaking ride in Paris. They are one of the favourites for the gold medal in Rio.
Photo: Yuzuru Sunada

Australia’s track cycling team has suffered a setback just four days from the opening day’s racing at the Rio Olympics. Four of five women in the team pursuit squad crashed in training on Monday with Melissa Hoskins stretchered from the track and rushed to hospital.

Hoskins was cleared of any major injury but is unsure if she will be able to compete in the qualifying stages of the team pursuit on Friday morning (Australian time). “I am staying positive,” she said, “After four years of hard work, you don’t want to give up when you are this close.”

In a show of the team’s depth and unity, Hoskins said, “we will be okay, we have four girls who are firing and who will fly the flag if I can’t.”

The team of five were training hard on Monday, completing high speed race pace efforts to sharpen up for the Games. There was a touch of wheels and Ashlee Ankudinoff, Georgia Baker, Amy Cure and Melissa Hoskins went down at around 60km/h. “I remember the whole thing,” Hoskins said. “I had nowhere to go, straight over the handlebars and landed heavy on my side.”

Ankudinoff, Baker, and Cure are all being treated for track friction burns and bruises but were able to walk away from the track. Annette Edmonson led the quintet at the time of the incident and was the only rider to avoid crashing.

It is not an ideal start for the 2015 world champions who are amongst the favourites to clench gold in the event. Admitting it is not ideal preparation, team leader Kevin Tabotta said, “this team are a bunch of fighters, the staff are a bunch of fighters. As soon as that crash happened, they were already thinking about what to do next…the minute you start thinking ‘poor us, what should we do next?’ is the moment you are beaten.”

“For those watching it would have been spectacular, we certainly weren’t on a Sunday stroll, we were doing high speed race pace efforts now we are this close to competition,” Hoskins explained in the press release from the AOC.

“So when you crash at those speeds it is never nice especially when four come down, but I am counting us very lucky.”

We’ll continue to provide updates from the Olympics when possible. In the meantime we wish Hoskins and the others involved in the crash a speedy recovery and all the best for the days ahead.