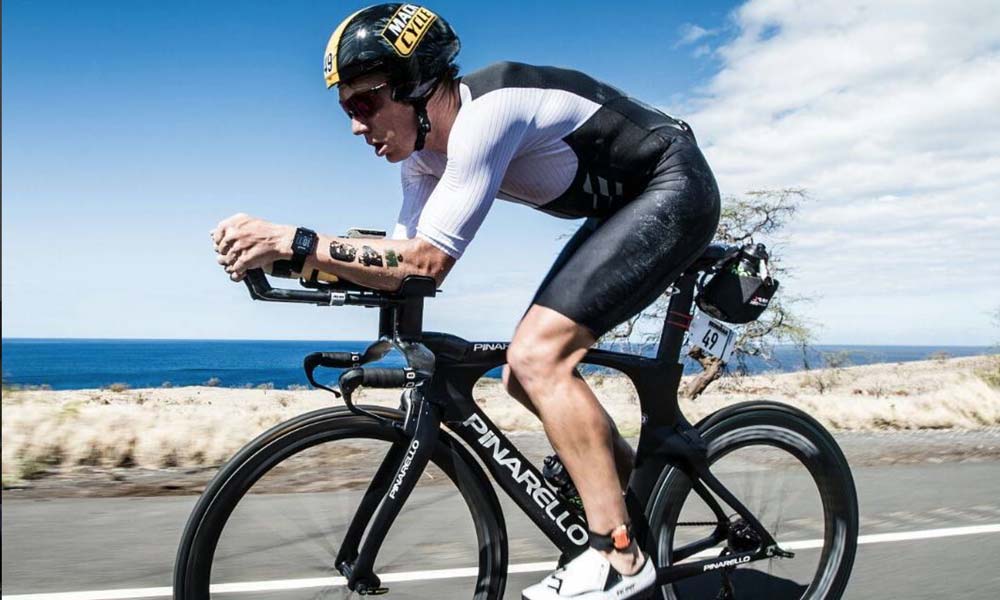 He did a 180km TT in 4:12:54. Before that he swam 3.8km and afterward he ran a marathon. Cameron Wurf’s bike time is over five minutes faster than the previous record. We talk to him about it…

It took a few days to organise but only because of logistics because Cameron Wurf likes to chat. He wanted to talk about his experiences in Kona last weekend but first he spent some time investigating the lava fields on the Hawaiian island.

That was his Tuesday. He flew to LA on Wednesday. And while he was at the airport we spoke to him about The Saturday.

It was quite a ride he had. He would finish 17th in the race he hoped to win.

Although he was leading off the bike he lost his nutrition bag early in the TT and began the run without the sustenance he required: 16 others raced ahead of Wurf but he’s optimistic about his future prospects.

The plan was for a 10-minute chat but it went on. We talk about the bike leg and his power output. He explains his position on the bike for triathlon and the differences versus how he raced as a pro cyclist.

We’ll present the interview in two parts: the opening stanza (below) provides an overview of how the 34-year-old came to triathlon. In the second instalment he explains his bike set-up and what he learns from his training partner, Chris Froome.

Wurf is now in the thick of it in his third sport. After representing Australian in rowing at the Olympics he raced with pro cycling teams from 2008 to 2014.

– Learn about Wurf’s move from rowing to cycling –

Click the link below to listen to our interview with Cameron Wurf after the 2017 Hawaii Ironman and/or read the transcript below.

Click the SoundCloud file (above) to listen to the interview.

RIDE: I’ve got a moment to catch up with a very fast bike rider. Or at least the person who set the fastest time at the Hawaii Ironman triathlon. Cam Wurf, thanks for having a quick chat.

Cameron Wurf: “Thanks… it’s crazy. We’ve spoken about a few different sports over the years now.”

Yep, but you’ve come to triathlon and it seems to be a very natural progression.

“And that starts wearing on you.

“You end up in a domestique role, a worker’s role. And you sort of convince yourself that that’s okay because you’re earning a good living and riding your bike.

“But I decided in 2015 that I didn’t really want my life to be defined by just doing that. I felt I had more to offer the world and I stepped away.

“I simply did a couple of triathlons just to keep fit in that one year while I was having a bit of self discovery. And yeah – I found that it was an event that I really wanted to win at. That was something I’d missed for many years, since my rowing days.

“It’s just sort of gone from strength to strength over the last couple of years.”

Talk us through the sequence. When did you do your first Ironman? I understand you’ve done about a million in a row, is that right?

[Laughs] “I have this year.

“Nah, I did my first one in 2015 when I took that year off… I did [it] at the very last minute. I listened to a guy, his name is Bonner Paddock, he has cerebral palsy and he’d done the Hawaii Ironman. He broke 27 bones in his feet and, two years later, he was telling me this story – he still had two fractures in his feet…

“[Doing the Ironman] had been suggested to me – because Cannondale still had me on the payroll at that point – that I should do an Ironman. And I kept on putting it off and I went up to them after that speech, at a sales meeting, and I said, ‘Listen, just sign me up to the next one.’

“They said, ‘Don’t be stupid. You should train for it.’

“And I just said, ‘Nah, if this guy can do an Ironman I’d feel wrong doing by needing training; I need to do it just without training.’

“So, there was one in about two weeks’ time in Whistler, Canada and I went along and did that and actually did pretty well and qualified for Kona as an age-group athlete because I was the first age-grouper across the line.”

What was the time in Whistler, just out of interest?

“I was the fastest on the bike by about 10 minutes – out of anyone.

“I was actually ninth overall [in Whistler 2015]. I beat most of the professionals.

“After that, I thought, ‘I’ll take it seriously for Kona.’ I had a few months and a week later or so, I went mountain biking and stuck my foot out and fractured a couple of bones in my foot which needed to be reset.

“So that sort of ruined any preparation for Kona.

“Ironically, I’d listened to a guy talking about breaking his feet and I had a decision to make – whether to, obviously, ditch Kona or go with a broken foot.

“I made the smart decision and I went with a broken foot and I loved it.”

“I was alright on the bike.

“I really had trained for about 10 weeks, with my foot… I only got my cast off 10 days before.

“And then I just shuffled through the run. I think I took about 10 and a half hours for the event. It’s still not too bad but I was more, obviously, just participating… but the great thing was I got to see the guys face to face.

“That’s the amazing thing about Ironman. You’re out there on the course with the professionals and it was the first year Jan Frodeno won and I remember seeing him in his final stages [of the race]. I’d just got out of the Queen K on the run part and he was just getting back to town – so he was a couple of hours in front of me, or more… and seeing his face, I was thinking, ‘Wow, he’s suffering! He’s not moving that quickly. He’s really, really hurt here…’

“You sort of expect him to be running like Kipchoge or someone running a two hour marathon but it’s not like that at all.

“It got me thinking and I decided there and then that I’d like to come back one day and actually race these guys. And that’s what I did on Saturday.” 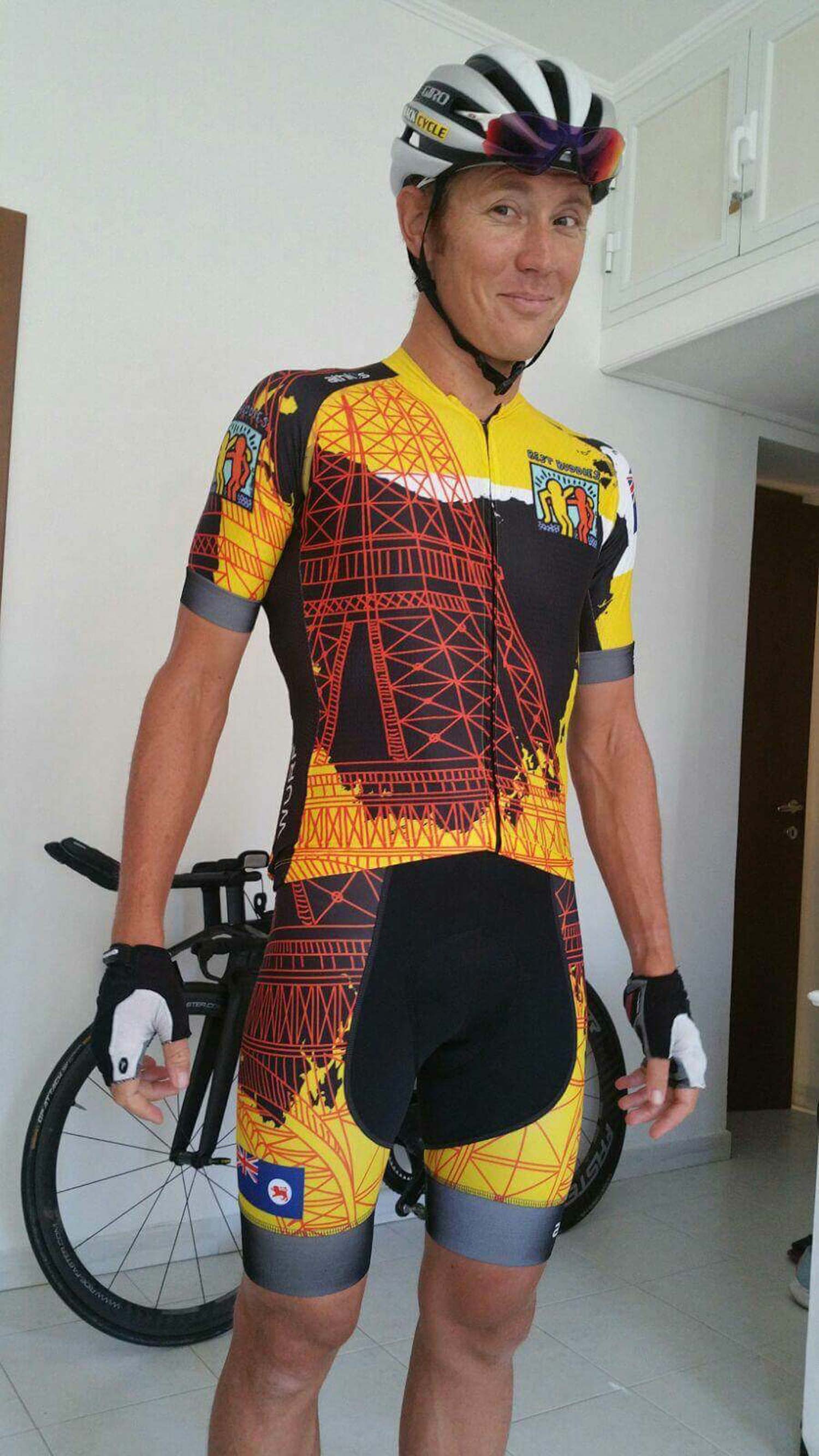 Cameron Wurf: Ironman (and many other things).

So let’s talk about that atmosphere in Kona. I went in 1993 which was Mark Allen’s fifth win and Paula Newby-Fraser won the women’s and it left a massive impression on me. I was on the back of a Harley so it was a bit easier than what you did. But you’ve seen the Olympic Games from a boat, you’ve seen road cycling from all sorts of angles. How does triathlon compare with those two sports?

“It’s the interaction you have with the crowd and, obviously, your fellow competitors. You really feel the emotion of everyone.

“When you’re running you’re going that slow that, if someone’s talking to you – or yelling out – you can sort of take time to actually notice what they’re saying, and listen to it and hear what they say. And you just really feel a real connection with the people there, even the age-group athletes and also your peers.

“It’s quite different than in a peloton when the odd guy sort of zips past you; [in Ironman] it’s one person coming around you at a time so it’s very… I don’t want to use the word ‘intimate’ but it is.

“There’s much more of a personal feeling to triathlon as opposed to road cycling.

“For me personally, I’m a bit more of a people person – I like talking to people… not that I do much of that when I’m racing. But the fact that I could if I wanted to is great!

“In road cycling you obviously don’t have that luxury because you’re there in your teams and you’re all lined up and then you zinging past the crowd at a million miles an hour so it’s a complete polar opposite really.”

It’s clear that you’re just this physiological freak. People would love to understand some of your numbers. You averaged 42.8km/h, is that right?

So what sort of power are you averaging? What are you holding when you’re just tapping out tempo?

“It’s around 310 watts for a period of over four hours – or whatever it was, four hours 12 minutes.

“Which is fair bit on a time trial bike, I guess.

“The best I’ve done in one race was 320, so I was actually a bit lower than that on the weekend but [in Kona in 2017] I was wanting to win the race so I was not going as hard as I possibly could because I wanted to be able to get off and run.

“But it’s a pretty demanding sport – certainly more demanding than I anticipated.”

Okay. My head is still spinning about trying to conjure holding 310 watts… what do you weigh at the moment?

“I was 72 kilos when I did the medical check.

“But to put it in perspective for you, I averaged – for the [entire] race – close to a 160 heart rate, between 155 and 160 for over eight hours. You’re revving pretty high for a fairly long period of time.” 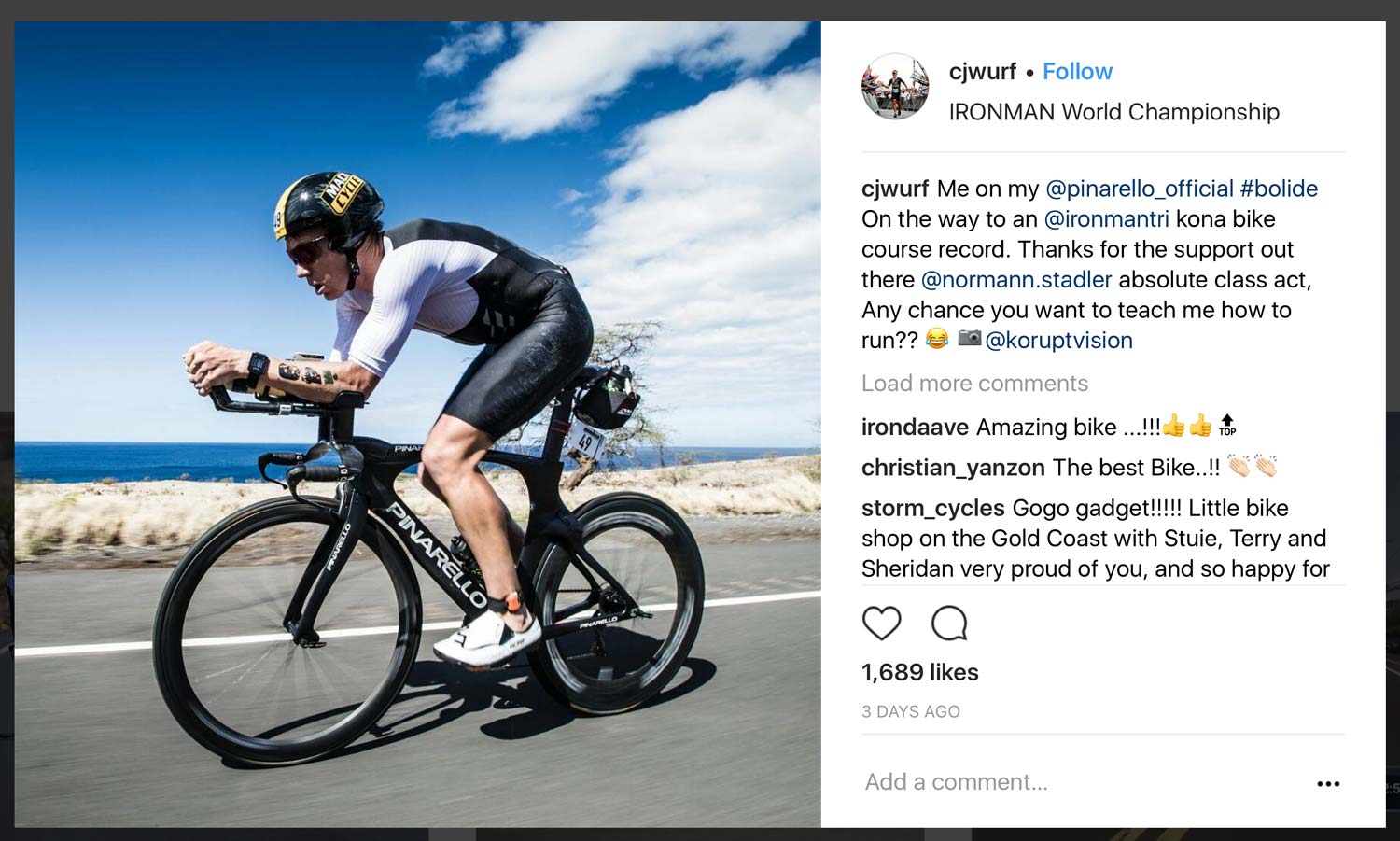