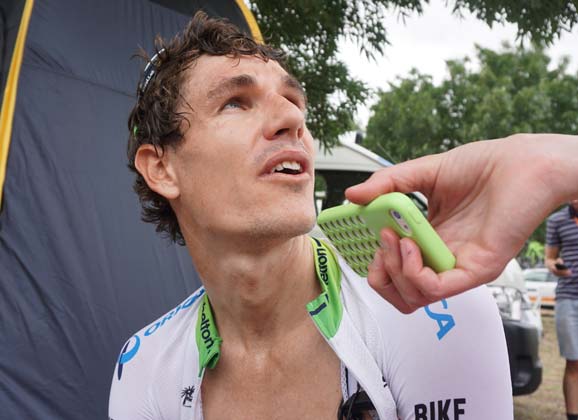 Impey on Ewan: “he’s pretty fast and hard to beat”

A headwind in the finishing straight served Caleb Ewan well in Lyndoch: he jumps off the wheels of his lead-out men, tucks down low, turns on the turbo and off he goes… ahead and over the line for the win. Twice in three days, the Orica-GreenEdge sprinter has won a race in the manner that’s expected of him.

Ewan is also confident in his ability and well supported by a team committed to him… on the days when a bunch sprint looms.

The Australian team continues to back Simon Gerrans for the overall title, but before the hills it was time for the Ewan Show to continue.

We spoke to his last lead-out man, Daryl Impey immediately after the stage to get his take on what happened in Lyndoch… 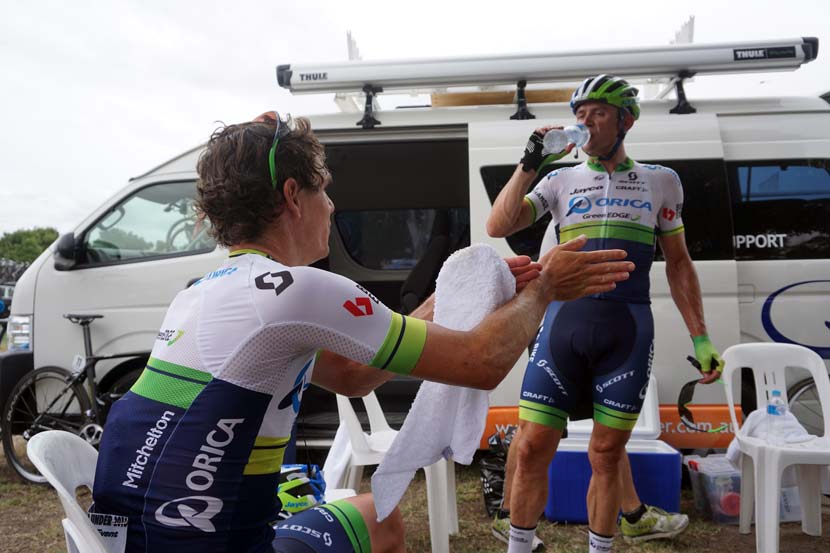 Daryl Impey explains his view of the sprint to Simon Gerrans shortly after the stage to Lyndoch.

“We backed him all the way to the end and he delivered.”

“We had a plan today, obviously: riding for Caleb. We’ve got the confidence in him that he’s probably the fastest guy here – I think he’s shown that in his last two races.

“Like I say, my job is one that I get a bit of credit for – doing the final bit of the lead-out… but it works because all of the boys do their work and that keeps me quite fresh for the end.

“We didn’t have that many guys at the end but we controlled all and the teams are quite small these days so we’re doing what we can.

“We’re really happy with what we did.”

Is there a lot of dialogue? Are you hearing him or can you just sense that he’s on your wheel?

“He’s kind of like glued to the wheel. I don’t have to look often when leading him out.

“It all comes down to him having confidence in us to deliver him for the win. That’s something I think he’s learned over the years and something we’re going to keep working on.”

You strike me as a lead-out guy who keeps your momentum after the job is done… you wait until he comes past.

“Yeah, I’m there right at the end so it’s probably from 200 or 250 metres to go that he takes over so I have to keep on going until I can see he’s come past.

“He knows when to hit out, he’s got experience in that.”

Where did you drop him off today?

“Ah, probably at about 400 metres to go. We were in the wind alongside Sky and we decided just to keep Caleb by Ben Swift and then we just kept him out of the wind until about 400 to go.

“I didn’t launch anything; the Sky guys already had it quite well drilled and we just profited off their work there at the end.”

You get the view of the sprint. Are you watching it and, if so, what did you see today?

“A few guys passed him, they got the jump on him but obviously with a headwind he’s quite quick to get on the wheel as well.

“I think he kind of got in their slipstream and once he opens up and gets clear road, he’s pretty fast and hard to beat.” 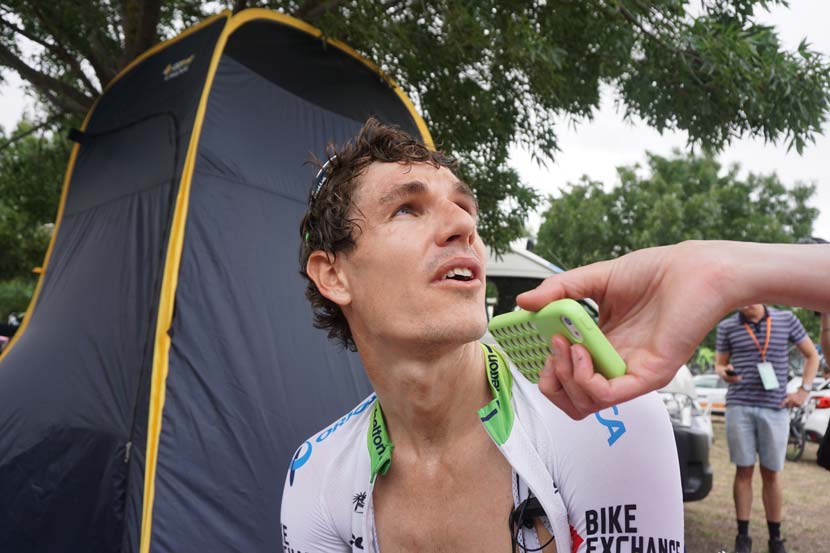