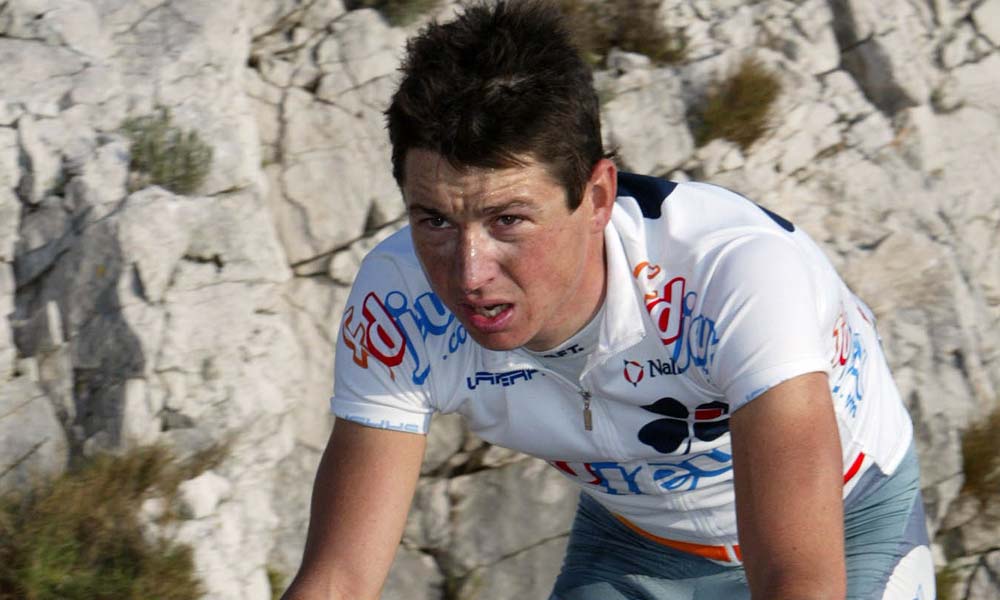 Matt Wilson is a cycling survivor. He has featured in our magazine often over the years – as a columnist, national champion, and someone who overcame Hodgkin’s lymphoma early in his career as a racer. We talk to him at the start of his fifth season as directeur sportif.

Matt Wilson is a stalwart of the Australian cycling scene. He has been around so long that no one tends to blink when they see him at races. It’s more a case of “Hey Matty, good to see you again…” Year after year, season after season he’s hovering around doing his thing.

While Wilson often tends to linger in the background – either during his days as a racer or in his current role as a directeur sportif at Mitchelton-Scott – he also gets a lot done. And, frankly, he deserves more attention than he often receives.

This is one of many interviews conducted at the 20th Tour Down Under in January 2018.

The discussion with Wilson could have gone off on many tangents but we kept the themes fairly simple and allowed him a chance to remind us of some of the happenings in his career.

He talks about That Day on the road to Roubaix, when he was at the wheel of the team car and Mathew Hayman won the title (and Mitch Docker smashed his face up on the cobbles). He talks about his role as DS versus being a rider. He talks about the legacy of Gerry Ryan. And he does it all with a smile on his face and good humour.

– Take a moment to watch our interview with Matt Wilson (below). –

Click the link above to watch our interview with Matt Wilson.

Matt Wilson admitted early in his career that he wasn’t exactly the most naturally gifted athletes. He did, however, have commitment and a willingness to suffer that served him well during what became a surprisingly long career as a rider. He raced with teams like FDJ, Unibet, Garmin and GreenEdge.

Before all that could happen, he had a hurdle to overcome. Early in his 20s, Wilson was diagnosed with Hodgkin’s lymphoma. It halted his cycling career and forced him to consider what he really wanted out of life.

During his radiation therapy, he considered returning to work in the kebab shop in Frankston where he earned a few bucks as a teenager. It was an option but not exactly the best one he could think of. The illness slowed him down but he didn’t stop. When he eventually got back on the bike, he proved to be a valuable ally for several star riders.

His friendship with Baden Cooke and Brad McGee helped him earn a spot on the FDJ team in 2002 and he raced with that French squad until 2005. During that time he won the national championships in emphatic style (2004) and got a taste of racing the Tour de France (2003, when Cooke won the green jersey, and again in 2004 with the green and gold jersey on).

In the early years of RIDE Media, Matt Wilson wrote columns and explained his perspective of the racing. He is an entertaining writer and a good storyteller. This interview is just a quick take on a couple of themes that are part of the larger cycling career of Matt Wilson. We will delve into the archives and share some other links that relate to what he did as a cyclist… before he became a DS. 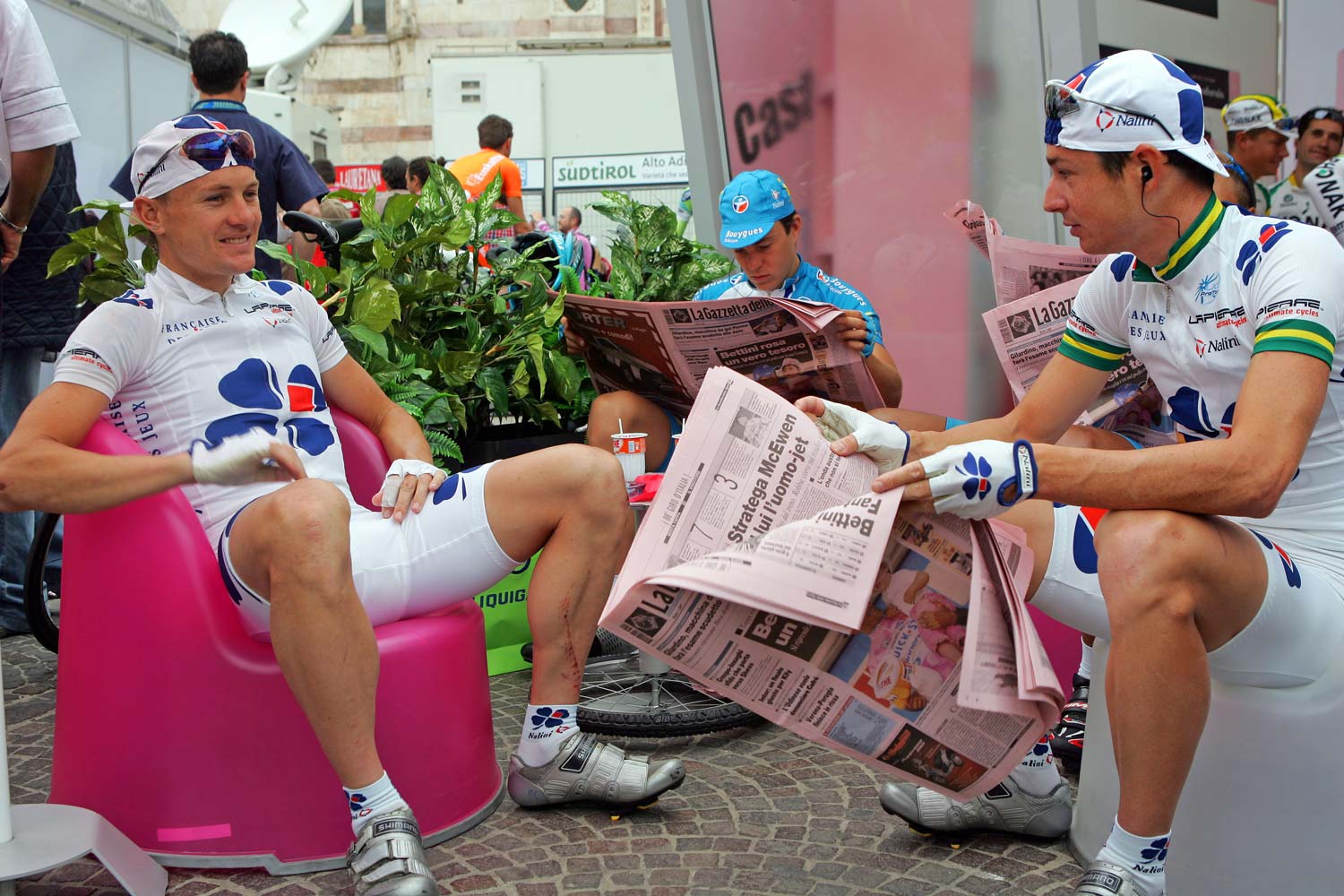 Baden Cooke and Matt Wilson at the Giro d’Italia in 2005.

– For more from the Talking Cycling series of interviews, check our RIDE Media’s YouTube channel. –