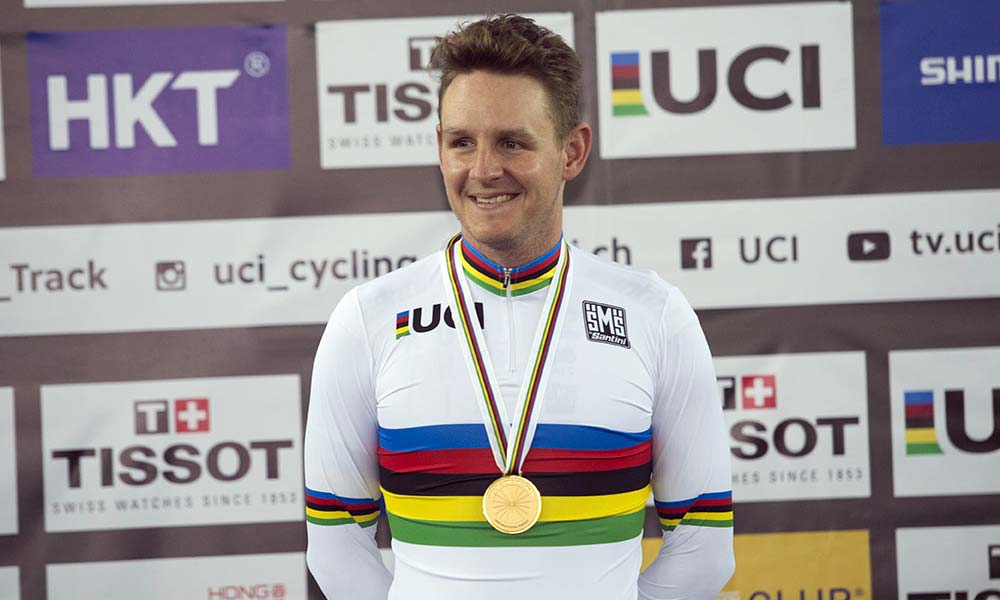 Jordan Kerby is one of the (many) new Australian world champions. He set a blistering time in qualifying for the individual pursuit in Hong Kong and then took the title later that day ahead of defending world champ Filippo Ganna of Italy.

Here is part one of an interview with Kerby.

The 2017 track worlds have come and gone. Hong Kong provided the setting for another bout of Australian domination: six gold medals were won and some very fast times set.

Jordan Kerby earned his place in the Australian team “from two rides at the nationals” and set off on a magical mystery trip. He admits that the track was an awkward shape that took him a while to adjust to but on the day of qualifying for the individual he was on fire. He posted a time of 4:12.172, the third fastest in history.

He returned to Australian on Tuesday and is already back at his Brisbane base where he runs his own coaching business.

RIDE caught up with the 24-year-old to discuss the win, the conditions on the day of his rapid qualifying ride, what his power output was, and what he believes can be done to foster the growth of track cycling. 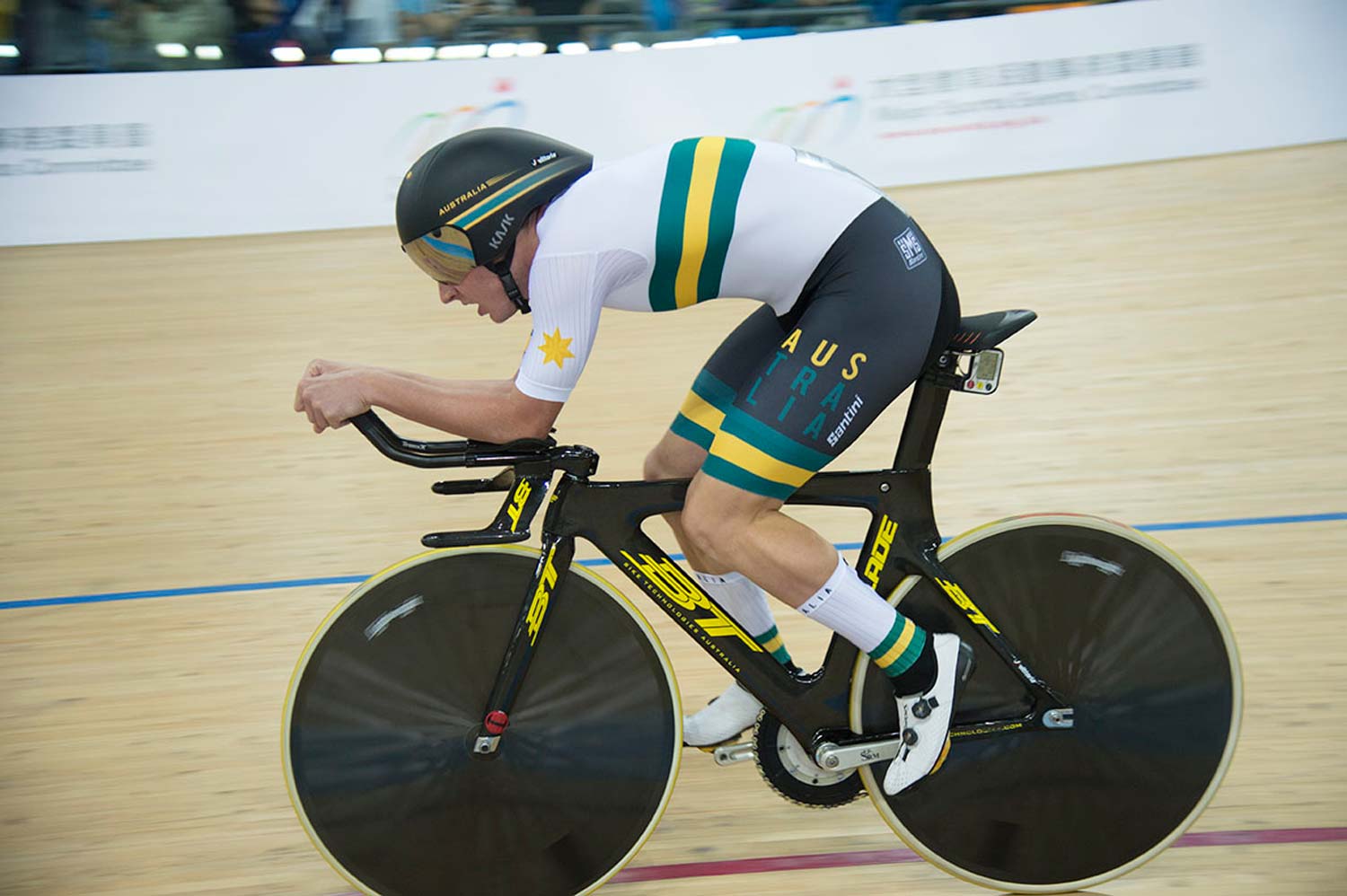 Click the SoundCloud file to listen to the interview and/or read the transcript below*.

RIDE: It’s the Thursday after the world championships in Hong Kong and I’ve got the new individual pursuit world champion, Jordan Kerby, on Skype. I don’t think a lot of people saw your ride, and probably even less saw your remarkable ride – you did a 4:12… ah, what’s going on?

“I managed to do a 4:15 earlier in the year at the track nationals and I was kind of thinking, ‘Well, where do we go from there?’

“But after the track nationals we kind of addressed pretty much all the same things really. And the leading week into Hong Kong all my efforts at the track there were all PBs and we were kind of thinking, ‘Oh, maybe Jordan is going too hard in his efforts…’ ‘He’s over stimulated because he’s here at the worlds…’

“But I think race day showed that, well, I wasn’t over stimulated in training, I was just going fast.

“I was able to step it up another level from the nationals which was great.

“I did not think a 4:12 would be possible. But the ride just went so smoothly. And it wasn’t a super, super fast track either, I just think I was on a cracker of a ride.”

“Yeah… I think it was quite a quick day when Jack did his. I’m not sure about Boardman. And I’m not sure what the corrected time would be because… for my 4:12, I think they do corrections regarding the temperature, humidity, barometric pressure to a certain standard.

I didn’t get to see a great deal of the coverage but when I do look at the images from the track it doesn’t look… it’s certainly not a Ron Webb track… it looked a little bit ‘round’ [ie. not the long straights and tight turns of many contemporary velodromes]. Can you talk to me a little about the actual nature of the Hong Kong velodrome?

“Yeah, there’s good and bad parts of that track in particular.

“The team pursuit guys adapted on that track really well straight away just because they know more about different tracks and I’ve been out of the game for a little while. It took me a fair while in the lead-up to get the track right.”

“I had to get used to it and if you have a look at the final footage, I was still a bit all over the shop… but I think I put that down to going as absolutely hard as I could as well.” 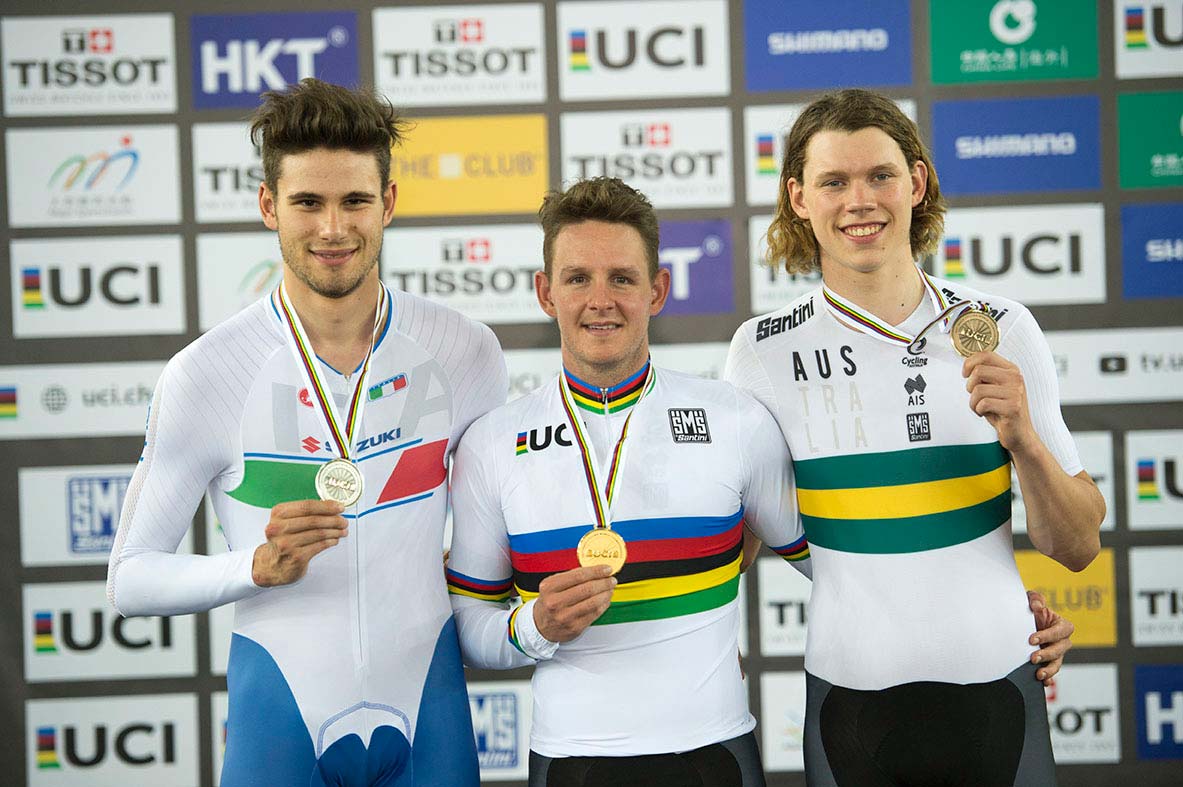 We’ll go back to pursuiting 101 and get some basic data. If you’re doing a 4:12 over four kilometres… what’s your weight? In other words: can you give us some power information that people love to basically be able to compare themselves with?

“Yeah, absolutely. I don’t have the file from that Friday, yet. I’m sure I’ll be able to get my hands on it soon but at 72kg, roughly – give or take, it depends on what kind of day I’m on… you’re looking at power at somewhere between 500 and 550 watt average for the whole thing.

“It doesn’t sound like a great amount but you have to also remember that it’s in a pursuit position as well, so it’s harder to generate that kind of power…

“That’s something we worked on a lot.

“Most of my training in the lead-up is all in the 500 watt-plus range; just two minute efforts, three minute efforts… that kind of stuff.”

They say you’ve got a ‘pretty good coach’ – in other words, you’ve got your own coaching business. Were you guiding yourself to this world title or was it with the help of (national track endurance coach) Tim Decker? Or who did you do most of the work with?

“Early on in the piece it was me, leading up to through December. And then I started working again with an old coach of mine, Nick Formosa at the QAS.

“I’ve been racing for a fair while now so I kind of know what my body needs and what I adapt to so we did a really good lead in to the worlds. And then, as the worlds were so close after the nationals, I had a bit of a chat with Tim and [he] was good enough to say, ‘Well, you kind of already know what you’re doing – to a degree – so come up with a plan for the worlds with Nick and then run it by me and I’ll let you know what I think…’

“We sent him through a bit of a plan which is actually pretty similar to the lead-in to the nationals and he liked it. He thought it was pretty good. And then when we got to the training camp in Adelaide, it was more of a case of Tim helped me a lot with actually when to hold back and not overdo it.

“If I was to do it myself completely, I would most likely have overdone it but Tim held me back at the right times a couple of times which I think was very helpful.” 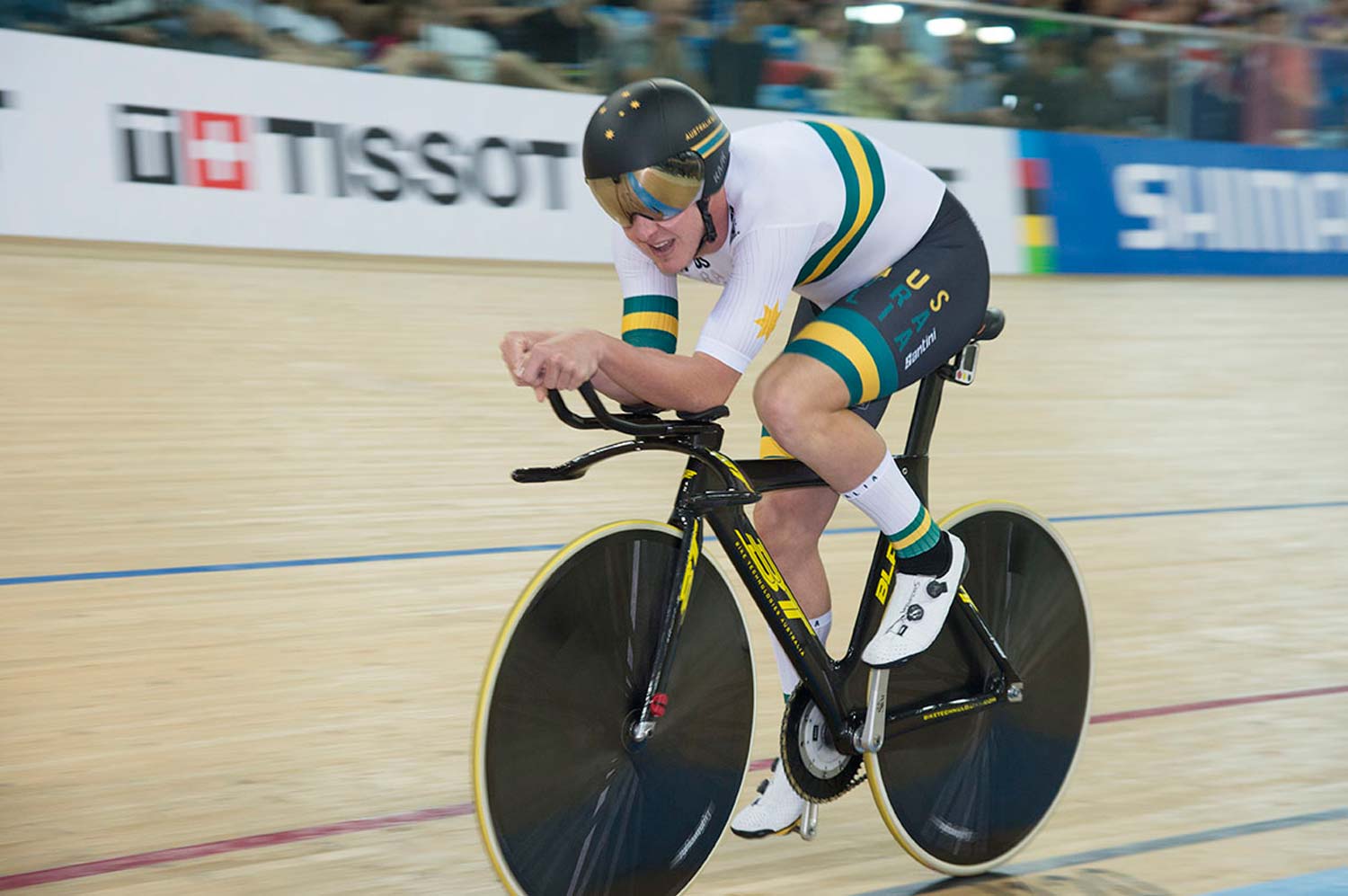